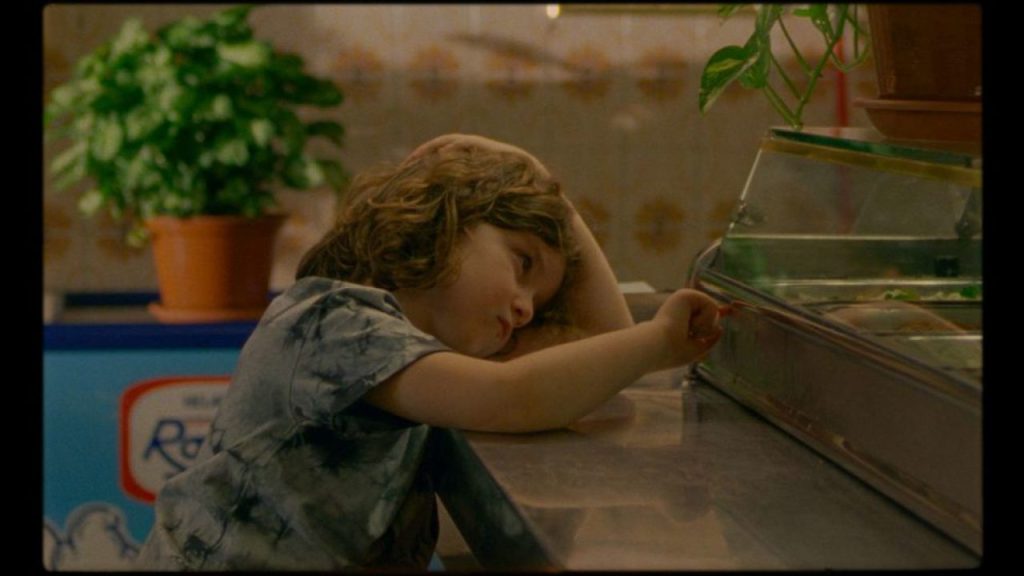 BEWARE OF FALSE GODS… The uncanny, the unsettling, and the unexpected combine to devastating effect in The Sacred Spirit, the extraordinary debut feature from Spanish writer-director Chema Garcia Ibarra. A missing girl. A community in shock. Jose Manuel lives a quiet life. He works in his modest tapas bar, takes care of his elderly mother and attends weekly meetings of the Ovni-Levante, a group of devoted UFO enthusiasts who gather after hours at the office of a local estate agent to exchange information about extraterrestrial messages and alien abductions. When their leader dies unexpectedly, only Jose is left to know the cosmic secret that could alter the future of humanity. And only Jose knows what he must do. As if Ken Loach and Aki Kaurismaki remade the The X-Files, The Sacred Spirit is a provocative, humane, and unsparing vision that marks the arrival of a unique new voice in genre cinema.

For thoughts on The Sacred Spirit, please check out our discussion on The Video Attic:

The Sacred Spirit debuts on Blu-Ray with a 1080p presentation in 1.78:1 from a high definition master that is as pleasing as any modern movie should be. This is a visually rich film with beautiful shots of the vibrant city and the sparse countryside throughout where you can see an incredible amount of detail. The transfer maintains the natural film grain of the 16mm source format quite handsomely. The film has moments of vivid colors during notable sequences that really pop off the screen from the foliage to some of the neon at the carnival. The interiors are typically a more reserved environment that presents with more moderate tones that the presentation represents perfectly with a pleasing richness. The white levels are handled beautifully, along with the intensely deep blacks that do not appear to suffer from any compression artifacts. The skin tones look very detailed and natural all around. This presentation is definitely a knockout on the Blu-Ray format.

The Blu-Ray disc comes with a DTS-HD Master Audio 5.1 track in the original Spanish with optional English subtitles that handles everything that is thrown at it with expert precision. There is some nice ambient activity in the rear channels, especially during scenes taking place outdoors. There is not too much attention paid to the low end, but it provides some texture to the overall experience. The dialogue primarily stays in front center channels and is reproduced clearly. The track does a good job of making sure neither sound effects nor the music ever overpowers any dialogue. The film is primarily dialogue driven, but there are some atmospheric effects and a fantastic score that will give your speakers something substantial to work with. There is also some precise placement when it comes to news reports playing off screen during significant points in the story. This track has a substantial dynamic range that should satisfy even the most discerning audiophiles. 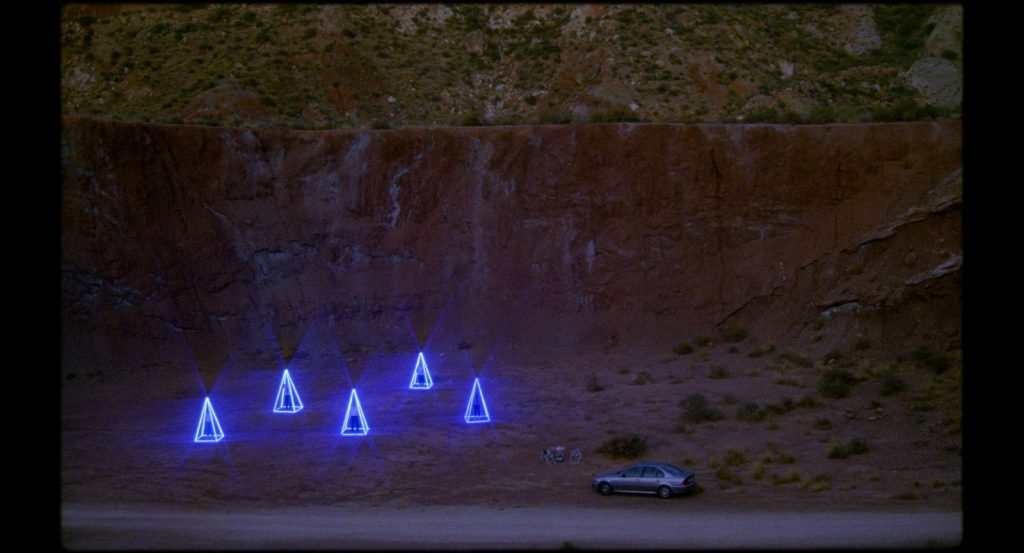 The first-pressing of the Arrow Video Blu-Ray of The Sacred Spirit includes a booklet featuring the essay “Maximal Escape: Chema Garcia Ibarra’s The Sacred Spirit” by Shelagh Rowan-Legg, author of The Spanish Fantastic: Contemporary Filmmaking in Horror, Fantasy, and Sci-fi. There is also the essay “In Search Of The Sacred Spirit” by writer Pablo Vergel. These essays provide a great analysis of the story, insight into the themes of the film, discussions about the text brings in UFO culture and more. There is also a double-sided folded mini-poster reflecting the film’s cover art and reversible artwork included. The on-disc special features are as follows: The Sacred Spirit is an incredible feature-length narrative breakthrough which firmly establishes writer-director Chema Garcia Ibarra as a formidable creative force. The only way I could see anyone being disappointed by this one is if they go in expecting a horror film. There are certainly some unsettling developments within the narrative, but this remains grounded in a way that might underwhelm rabid genre fans. This does expand the audience more into general fans of arthouse and international cinema, who will hopefully find this to be as powerful of an experience as I do. Arrow Video has released a Blu-Ray featuring a stunning A/V presentation and a 5-star array of special features. If you are interested in the premise even in the slightest, do not skip this one. Highly Recommended

The Sacred Spirit is currently available to purchase on Blu-Ray.