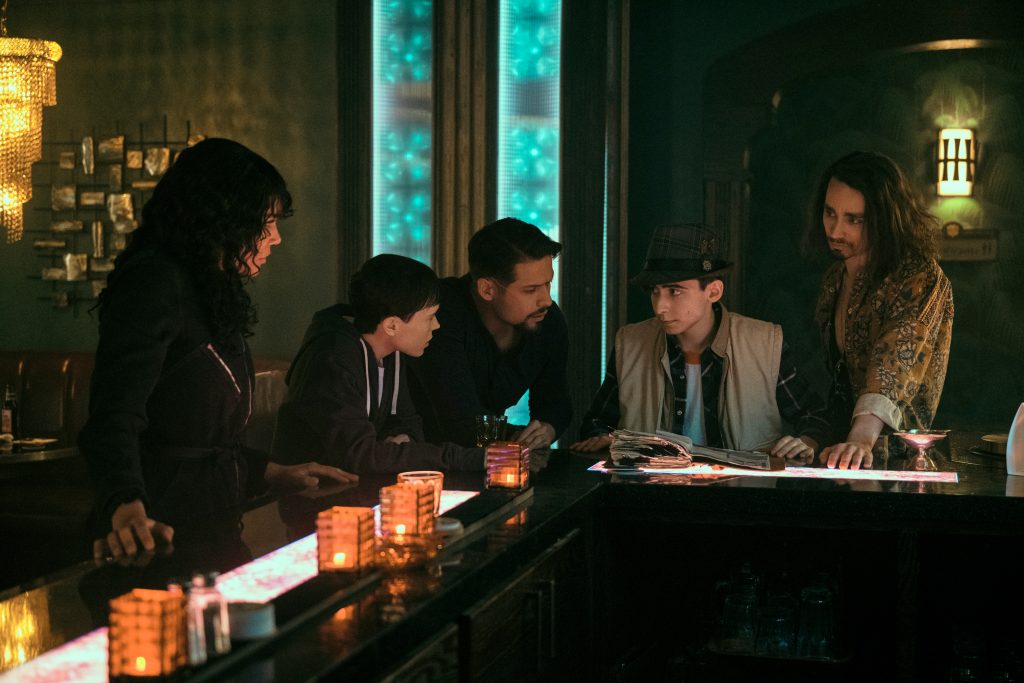 It’s been nearly two years since season two of The Umbrella Academy ended in that explosive cliffhanger. And ever since, we’ve all been wondering just who the Sparrow Academy is and how our favorite group of superpowered siblings was gonna get back to their correct timeline. Well, as is often the case in The Umbrella Academy, the answers are more complicated than they might seem. But season three of the hit Netflix series luxuriates in answering those questions. The new season of The Umbrella Academy is exactly as thrilling as you’d hope it would be. Filled with breathtaking action scenes, deeply emotional character arcs, and enough twists and turns to make a mystery novel swoon, this season is a brilliant watch from start to finish. Some of what happens might prove controversial to longtime fans. But for me, this season might just be the best one yet.

It’s the End of the Universe… And I Feel Fine?

Despite ostensibly featuring yet another apocalypse, season three of The Umbrella Academy doesn’t pay a whole lot of attention to the world’s impending doom. Instead, the show chooses to tell a far more character-driven story about overcoming past trauma, reconnecting with your family, and persevering against even the worst of odds. And honestly, it proves quite successful. Sure, the season suffers a bit from the usual Netflix bloat, with a few of the middle episodes dragging down the pacing some. But mostly, the season hits the ground running and never slows down. It’s packed to the brim with incredibly satisfying character beats and some truly mind-bending twists and turns. This is The Umbrella Academy firing on all cylinders and it’s beyond exciting.

Speaking of characters, I think it’s pretty safe to say that season three of The Umbrella Academy features a lot of them. Between the six Umbrella Academy siblings, the seven Sparrow Academy siblings, and the vast array of supporting characters that populate the season, you might think there’s no way the show could do all of these characters justice. And in some ways, you’d be right. But mostly, the season juggles everyone surprisingly well. As it turns out, there’s more than enough time to give almost every major character a fairly well-rounded storyline, with nearly every actor receiving something meaty to work with.

But first, let’s tackle what’s less successful. Most of the Sparrow Academy siblings don’t make quite as much of an impression as you might hope. Despite having quite a bit of screen time, very few of the Sparrows receive any real characterization. Instead, the show spends much of that time on petty infighting and interpersonal squabbles. Sure, there’s fun to be had in the Sparrow’s squabbling. And their ongoing feud with the Umbrella siblings forms one of the most enjoyable subplots of the season. But I can’t help feeling like that time would’ve been better spent focusing on all of the ways the Sparrow siblings differ from those in the Umbrella Academy. Alphonso (Jake Epstein), Jayme (Cazzie David), Marcus (Justin Cornwell), and Christopher most suffer from this lack of focus despite the solid work each actor does.

However, Ben (Justin H. Min), Fei (Britne Oldford), and Sloane (Genesis Rodriguez) stand out among the rest. Fans may initially feel conflicted about this new Ben. He’s very, very different from the Ben we’ve seen in previous seasons. Min clearly relishes playing all of those differences and it results in quite a dynamic performance. Here, Ben acts as both a foil to the Umbrella Academy siblings and like he’s one of them. Plus, his testy relationship with Fei forms one of the season’s more interesting subplots. Speaking of Fei, she’s pretty captivating in her own right. And her powers never fail to be anything other than deeply cool. As for Sloane, I can’t say much about her arc this season. But I think it’s pretty safe to say she’s destined to become a fan favorite.

What’s In Store for the Umbrella Academy Siblings?

Not to be forgotten, the Umbrella Academy siblings get a whole lot of development this season too. Throughout the season, each character tries to come to terms with everything they’ve been through over the previous seasons. Luther (Tom Hopper) finally takes the time to be in the moment and find something worth living for. Diego (David Castañeda) tries to figure out who he is outside of the constraints of the Academy. Klaus (Robert Sheehan) works on properly understanding himself and his powers. Five (Aidan Gallagher) tries to find peace, looking for a quiet life away from the chaos of time travel and constant apocalypses.

But it’s Allison’s (Emmy Raver-Lampman) arc that proves the most in-depth and, probably, most controversial. This season sees her struggling with how traumatizing her time in the 1960s was. And the ways she decides to cope with that trauma often prove quite shocking. But at no point are they anything less than captivating. Raver-Lampman absolutely shines in all of her scenes, breathing such an array of emotions into Allison’s arc. And that’s true of everyone’s arcs this season, however big or small. Every actor gets something truly meaty to play with, some moment for them to properly shine. And I don’t think it’s an overstatement to say that each of them delivered outstanding performances.

Perhaps most intriguing of all is Viktor’s arc. As has been widely reported, season three sees Elliot Page’s character mirror the actor’s real-life transition. And while I’m not at liberty to talk about any of the specifics of Viktor’s transition, I can say that it’s deeply emotional and fans are gonna be very pleased with how the show handles it. Viktor, in general, gets a lot of screen time this season. And there’s a lot of joy to be found in finally seeing him feeling more comfortable with who he is and what his powers are. Page does some incredible work this season, and the writing does a lot to support his work.

At the end of the day, season three of The Umbrella Academy is a total home run. For me, it offers an improvement on the previous season in almost every way. The plot’s tighter and more engaging. And the character arcs are better defined. I genuinely believe this season is the best The Umbrella Academy has ever been. And it leaves off in a place that’s absolutely ripe for future stories that are even more exciting. As a fan of the comics, I’m glad the show is finally veering away from (admittedly loosely) adapting the source material. This season basically ignores the most recent arc of the comic. Instead, it chooses to tell a wholly new story with only a few references to the comics. And honestly, the show’s better off for it.

Overall, if you’re a fan of the previous two seasons, season three of The Umbrella Academy is a must-watch. And if you’ve never quite gotten on board this train, season three just might win you over.

Season 3 of The Umbrella Academy premieres on June 22nd exclusively on Netflix.

Season three of "The Umbrella Academy" improves on the previous two in almost every way. Filled with breathtaking action scenes, deeply emotional character arcs, and enough twists and turns to make a mystery novel swoon, it's an absolute delight from start to finish.