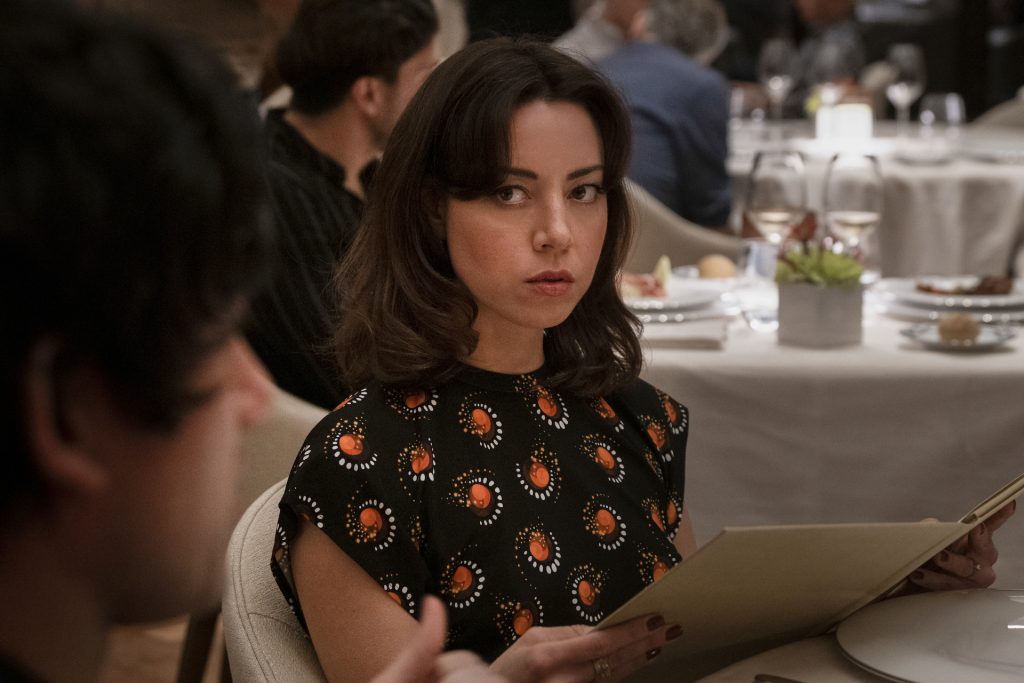 The following is a review of the first episode of the second season of “The White Lotus.”

After smashing all expectations during the summer months of lockdown, Mike White is back with another season of television’s new favorite social satire. The White Lotus originally began as a limited series, but demand was so high that it quickly became an anthology, and why not? Much like how the show itself snuck up on audiences as a kaleidoscopic tragedy of economic, racial, gendered, and generational divide, so too does the potential of the show as a seasonal affair, exploring a new local with every entry. Turns out dysfunction can be passed down between humans as well as hotels–they’re all links in the chain, so to speak.

Fans of the show will feel right at home on the shores of Sicily, but not just because they could rival Maui in their beauty. Following a brief exchange with some fellow vacationers, a woman goes to take a swim in the ocean only to find bones bobbing with the water. Murder seems to follow this chain everywhere it goes. It may be an identical setup from the first season but it’s a technique that gets results, setting us up for another enveloping mystery where everyone is a potential suspect or victim.

Of course, nothing is quite clear by the end of just the first episode. All we know is that there is already potential for strong character conflict as we meet our new cast of tourists: three generations of men from the Di Grasso family, Bert, Dominic, and Albie, (F. Murray Abraham, Michael Imperioli, and Adam DiMarco respectively) have come to visit an Italian village that was once home to the family’s matriarch.

Two friends from college, Ethan (Will Sharpe) and Cameron (Theo James) are vacationing with their wives, Harper (Aubrey Plaza) and Daphne (Meghann Fahy, the woman we saw in the opening). They share little in common, which naturally leads them to awkwardly butt heads.

Tanya (Jennifer Coolidge, hot off of an Emmy win for her work last season) is back after her journey in Maui, now with lover-turned-husband Greg (Jon Gries in tow. Tanya’s assistant Portia (Haley Lu Richardson), also comes along, except that Greg doesn’t want her there. Tanya tells her to stay in her room, which proves to be a challenge.

Speaking of which, with a new resort comes a new staff as well, specifically Valentina (Sabrina Impacciatore), the resort manager and about as far a cry as you can get from last season’s fan-favorite Armond (Murray Bartlett, who also won an Emmy). She runs a tight ship with no funny business, making it hard for local party girls like Lucia (Simona Tabasco) and Mia (Beatrice Grannò) to sneak their way in.

Though our cast of characters may be very different in this second go around, White is just as interested in exploring the disparities in our differences. The sexual politics of the show feel like a particular expansion. Bert is a classic boomer who insists he should be able to flirt with the female resort staff. Dominic insists he should be more respectful, despite himself dealing with a strained marriage due to infidelity. Even Albie, a quiet, shy college grad, strikes up a chemistry with Portia at the pool. It’s a distinct triptych.

Meanwhile, in the two couples’ rooms sits a bust based on Italian legend–a man is unfaithful to his wife, after which she beheads him. Later in the episode, while returning to their hotel rooms to grab a bathing suit, Cameron changes directly in front of Harper, leading her to question his intentions. As Ethan tries to get some sleep, Cristobal Tapia de Veer’s haunting score underlies a close-up of the bust, almost as though it’s…watching him. Haunting him.

It’s a creative choice that speaks to Italy as not just a gorgeous new setting but also a vaguely sinister one. The first season reckoned with America’s dark history of colonialism, a touchy topic that still felt familiar to audiences in our current cultural moment. Now, American audiences are being immersed in a new country with a different history and heritage, clearly one with darker edges. Even the show’s bolder opening sequence uses murals to highlight some particularly disturbing imagery.

It’s difficult to know White’s direction from just a premiere (the first season certainly showed us that), but the journey looks promising already. The cast is game for White’s awkward, absurd comedic stylings–Plaza is always a stand-out, but Richardson is also a promising addition–and it feels like White is going full force this time around.

Coolidge’s bizarre role feels even more heightened in her scenes opposite Richardson, and Bert’s incessant old-man farts feel like easy jabs, but there’s a noticeably larger, quicker comedic sensibility. Now that HBO has written him a blank check, White can go more ridiculous more immediately. We might not be ready for the surprises in store, but we’ll sure as hell watch them go down in disastrous fashion.

“The White Lotus” airs Sunday nights at 9pm on HBO and HBOMax.

"The White Lotus" premieres its second season with a hilarious but sinister episode that sets up what promises to be a bolder entry into the series.