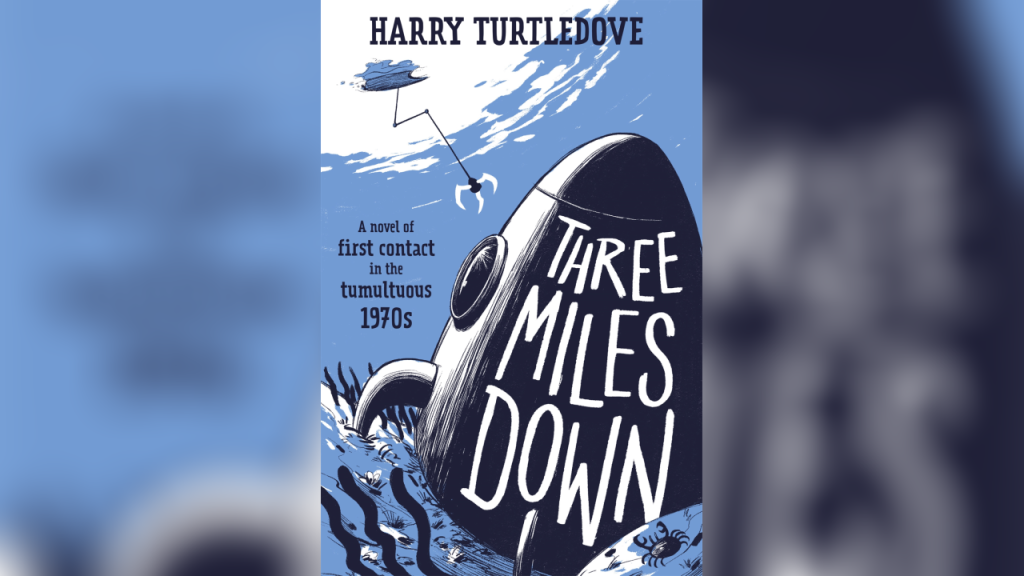 There’s a saying that often gets trotted out anytime a movie, TV show, or book spends all its time laying the groundwork for a sequel it never gets – never save your best ideas for the sequel. If you’ve got a good idea, use it now. It’s a saying that could easily apply to any number of recent projects. And it’s one that definitely applies to Harry Turtledove’s new novel, Three Miles Down. Set during the 1970s, Three Miles Down is one-part political thriller and one-part First-Contact science fiction romp. Unfortunately, the book features very little political intrigue and even less “First Contact”. Instead, Three Miles Down reads like the prelude to an as-yet-unannounced sequel. And that’s a pretty big bummer considering how solid the premise is.

A Lackadaisical Approach to Paranoia and UFOs

It’s 1974. The Cold War is on everyone’s mind. And the Watergate scandal is nearing its climax. But unbeknownst to the American public, the US Navy has found something at the bottom of the Pacific Ocean. Something that might just be out of this world. At least that’s what the CIA agents tell grad student Jerry Stieglitz when they convince him to join a clandestine mission to rescue the craft and uncover its secrets. What follows is something that Jerry couldn’t have even begun to imagine in his most inventive stories. But naturally, the mission proves to be a political and bureaucratic nightmare. And in a political climate where no secret seems safe, is there any hope of any of the team keeping such a monumental discovery from leaking to an unsuspecting and unprepared public?

Combining the paranoia of the 1970s with the world of UFO conspiracies feels like a match made in heaven. And it would’ve been had the book followed through on that combination. Instead, Turtledove takes a surprisingly lackadaisical approach to the premise. The pacing itself isn’t necessarily slow, per se. It’s just that very little happens between major plot points. And this lack of action robs the book of the opportunity to build up any real tension. For example, much of the book’s first third revolves around various characters endlessly talking about what they might or might not do once they’ve gotten the alien spacecraft onto the boat. And then the book breezes past the actual process of getting the spacecraft onto the boat, launching into a new set of questions all about what the best ways to approach First Contact are. And so on and so forth.

A Lack of Urgency

When all the interesting stuff happens off-page, or when it gets endlessly discussed by the characters, it’s hard to feel like there’s any urgency to what’s going on. None of the characters seem all that worried about the idea of the aliens, the possibility of their existence leaking, or anything along those lines. So, subsequently, the reader doesn’t feel like there’s much to worry about either. And you’d think that a healthy dose of political intrigue might fix this, given that the Nixon impeachment and resignation literally occurs in the story’s background.

But Turtledove decides to push most of that intrigue and paranoia towards the story’s outer edges. Sure, Jerry is a hardcore liberal, the kind of person these rank-and-file CIA agents might call a “commie”. But none of this amounts to much more than a character trait for Jerry. And the book waits until the last possible to moment to even consider combining Cold War tensions with First Contact ones. The climax is easily where the book is most enjoyable. And I wish Turtledove had introduced more of those elements earlier in the book, giving the climax more room to breathe and the overall narrative a better sense of cohesion.

A Character Who’s Hard to Root For

And speaking of Jerry, the novel spends so much time developing him, yet it never feels like he’s given an actual character arc. He goes on a journey of sorts, sure. But it’s primarily plot-driven rather than character-driven. On a character level, he doesn’t seem to change all that much from the beginning of the story to the end. We don’t get the impression that his worldview’s been challenged all that much by everything he sees and learns while looking into this UFO. Or that his experiences have changed him in any fundamental way.

Sure, the latter half of the book tries to beef his storyline up with a little bit of subterfuge. But it feels too little too late. Especially since Turtledove takes the same approach to these elements as he does with the novel’s first third. Overall, Jerry’s a difficult character to care for. He’s never all that sympathetic, despite the ways the book tries to endear him to readers. And since he doesn’t really learn much or change much, there’s not a whole lot to get invested in. Outside of his general survival, I guess.

Overall, Three Miles Down feels like a prelude to a different, more enjoyable story. Except the promotional material never suggests the book is anything other than a stand-alone story. And that’s a big bummer because I think there was enough here for Three Miles Down to have been something special. It just feels like Turtledove decided to save all his best ideas for a sequel instead of using them here and now. So, we’re left with a political thriller devoid of any real political intrigue, and a First-Contact story with very little contact between aliens and humans. It’s a fun enough read, I guess, especially if you enjoy a good retro sci-fi romp. But Three Miles Down doesn’t live up to the potential of its premise.

Three Miles Down comes out on July 26 in hardcover, ebook, and audiobook formats. 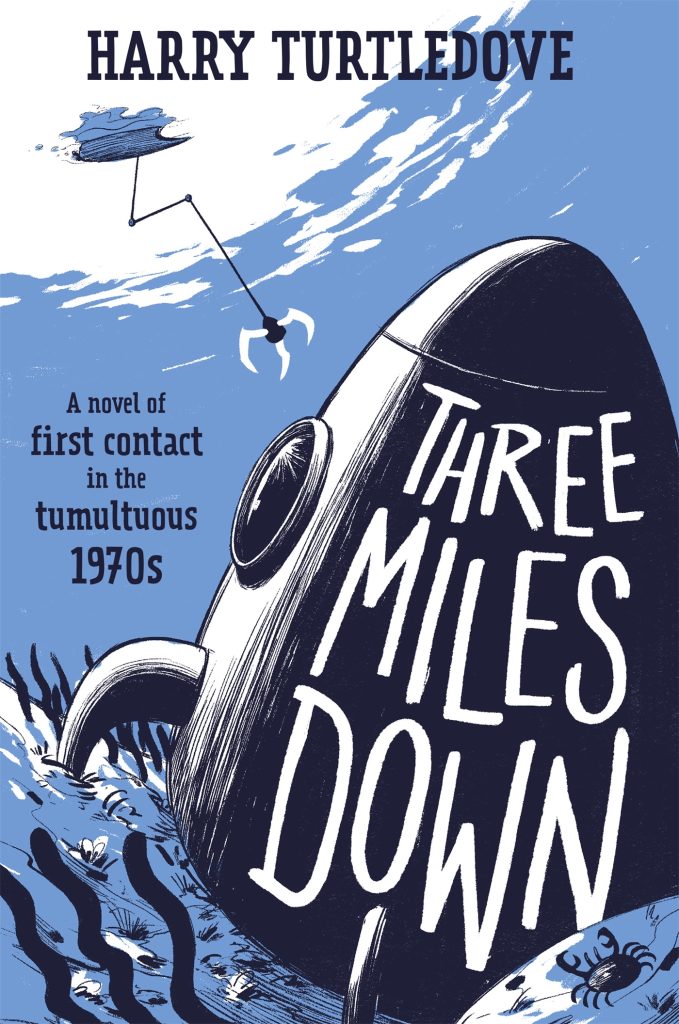 Disclaimer: A review copy of Three Miles Down was provided by Tor Books and Macmillan. All opinions in this review are the honest reactions of the author.

Harry Turtledove's "Three Miles Down" feels like the prelude to a different story. A political thriller featuring little political intrigue and a First-Contact story with little alien contact, "Three Miles Down" is a moderately fun read that never lives up to its premise.