When a phone call from out of the blue brings Leo (Joey Millin) back into contact with his sister, Virginia (Madison West), long estranged from her family due to years of drug abuse, he arrives to find her alone in a bare apartment in the midst of an apparent overdose. After the convulsions and nausea subside, Virginia insists to Leo that she has been clean for 8 months due to the help of a mysterious group. She confides to her cynical brother that her edginess and paranoia actually stem from a sinister ritual conducted by the group that took her in at her lowest and eventually revealed themselves to be a cult. This curse bound her emotions and physical sensations to a man she has never met before. With his marriage on the rocks, Leo has his own demons to face. Nonetheless, he is reluctantly persuaded by Virginia to embark on a cross-country road trip to track down this shadowy stranger under the caveat that if he’s nowhere to be found and it’s all in her head, she’ll go to rehab. However, as their date with destiny draws nearer, Leo begins to suspect his sister’s tall tale might have some substance. Threshold, the second feature from co-directors Powell Robinson and Patrick R Young, following their debut Bastard (2015), was improvised and shot on two iPhones over the course of a 12-day road trip with a crew of just three. The result is an inventive and compelling psychological thriller with hints of the supernatural that recalls such indie cult classics as Ben Wheatley’s Kill List (2011) and Justin Benson And Aaron Moorhead’s Resolution (2013).

For thoughts on Threshold, please check out our discussion on The Video Attic here. 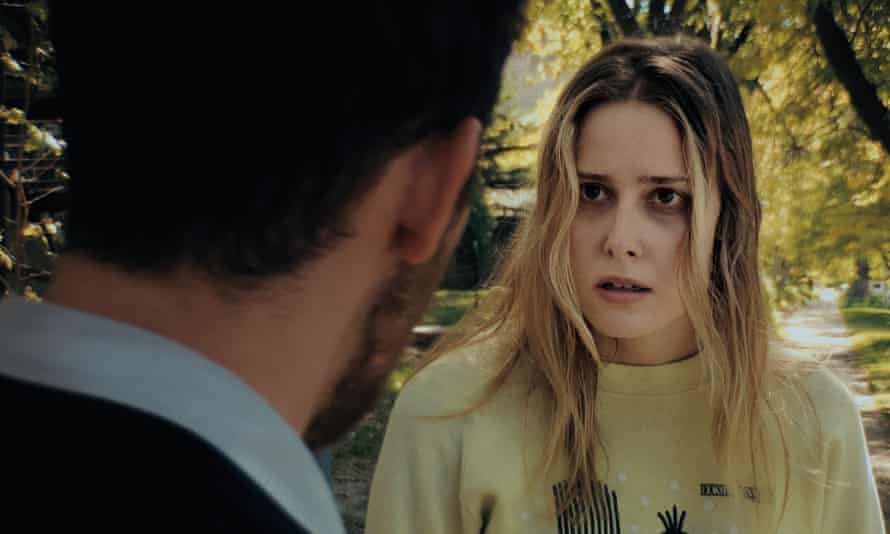 Threshold debuts on Blu-Ray with a 1080p presentation in 2.00:1 from a high definition master that captures the aesthetic very well. With this being an independent affair shot on an iPhone, it is quite impressive how sleek the film is with very nuanced textures and fine detail throughout. The project has a very strong color palette that presents with great nuance. There is a slight bit of banding and haziness in certain shots, but it is not pervasive throughout. For a story that often relies on darkness to build tension, it is important to have deep black levels, which this thankfully does. Objects hold up fairly well in the shadows and retain their depth. The visual effects are really well executed considering the limited budget they had to pull it off. The bright whites of the daytime sequences never get close to blooming as they provide a nice stability throughout. You can see some slight limitations from the source, but overall this is a really solid disc that showcases the work well.

The Blu-Ray disc comes with a DTS-HD Master Audio 5.1 track that handles the reserved soundscape with ease. The film is primarily dialogue driven, but there are some creepy atmospheric effects and an immersive score from Nick Chuba that will give your speakers something substantial to work with. There is some nice ambient activity in the rear channels, especially during scenes taking place outdoors. The dialogue primarily stays in front center channels and is reproduced clearly. The track does a good job of making sure neither sound effects nor the music ever overpowers any dialogue. There are sporadic jolts of action, such as a pulse-pounding confrontation, that inject some heft to the low end that is appreciated in a film such as this one. This track has a substantial dynamic range that should please fans.

The first-pressing of the Arrow Video Blu-Ray of Threshold includes a booklet featuring the essay “The Ties That Bind: Cults, Drugs and Families In Threshold” by film critic Anton Bitel. This essay provides a great analysis of the story and insight into the themes of the film. The booklet also includes a short statement from Directors Powell Robinson & Patrick R Young which details the process of shooting a low budget film. The on-disc special features are as follows:

Threshold is a really fascinating family drama that is made even more engaging by the underlying mystery surrounding potential supernatural elements. The filmmakers have really impressed with the minimal budget they had at their disposal by pouring their heart into the craft and creating an environment for innovation. The two lead performances are really enjoyable as you get an instant sense of sibling connection that you buy into. Arrow Video has released a Blu-Ray featuring a strong A/V presentation and a stunning amount of special features that no one should overlook. If you are looking for a great indie sci-fi tale, please give this one a chance. Recommended

Threshold is currently available to purchase on Blu-Ray.