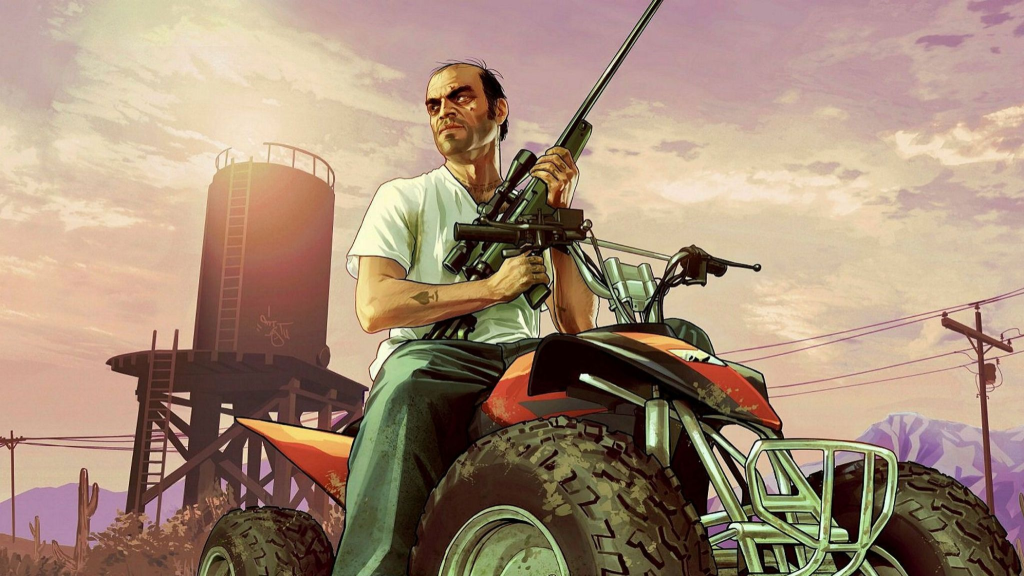 Spanning three console generations and thousands of new games, the early 2010s and the first two years of the 2020s have been heaven-sent for the entire gaming community. But, just like everything else, not every game is made equal. In this particular case, we’ve decided to round up 10 of the best and most influential games of the past 10 years.

You can find most of these games on PlayStation, so if you do need some PlayStation Store Gift Cards, OffGamers has got you covered here.

In no particular order, here are our top 10 games of the last 10 years. 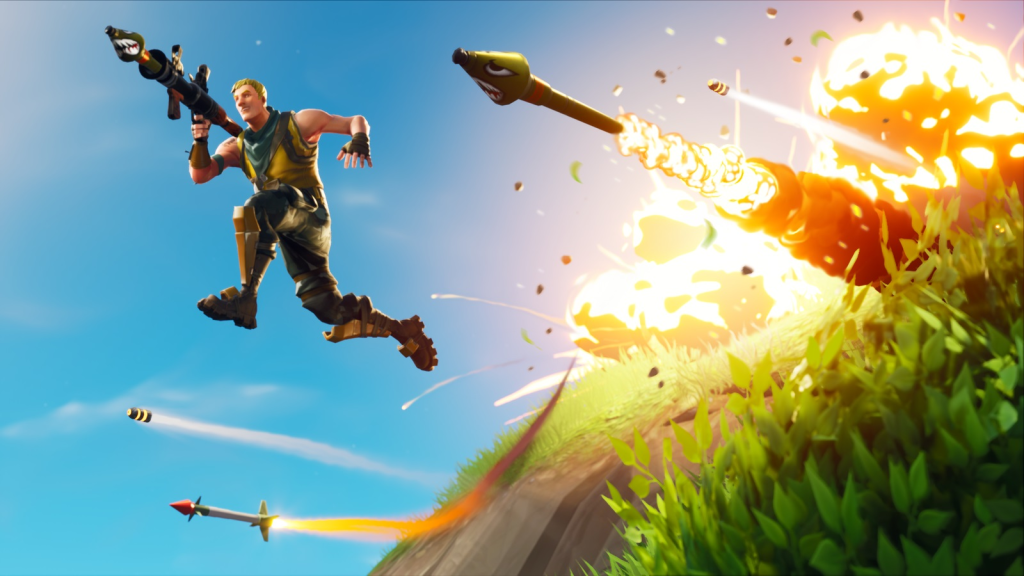 Fortnite is the video game industry’s equivalent to Thanos – it is inevitable.

It doesn’t matter if you want to escape it or not, Fortnite has already had an effect on your favourite game. It preceded the ongoing implementation of the metaverse concept by at least a year and continues to expand to become more than just a free-to-play battle royale shooter after launching in 2017.

To date, Fortnite has become synonymous with the video game industry. It’s the Nintendo of our time and it’s showing no signs of stopping anytime soon.

2.  The Legend of Zelda: Breath of the Wild 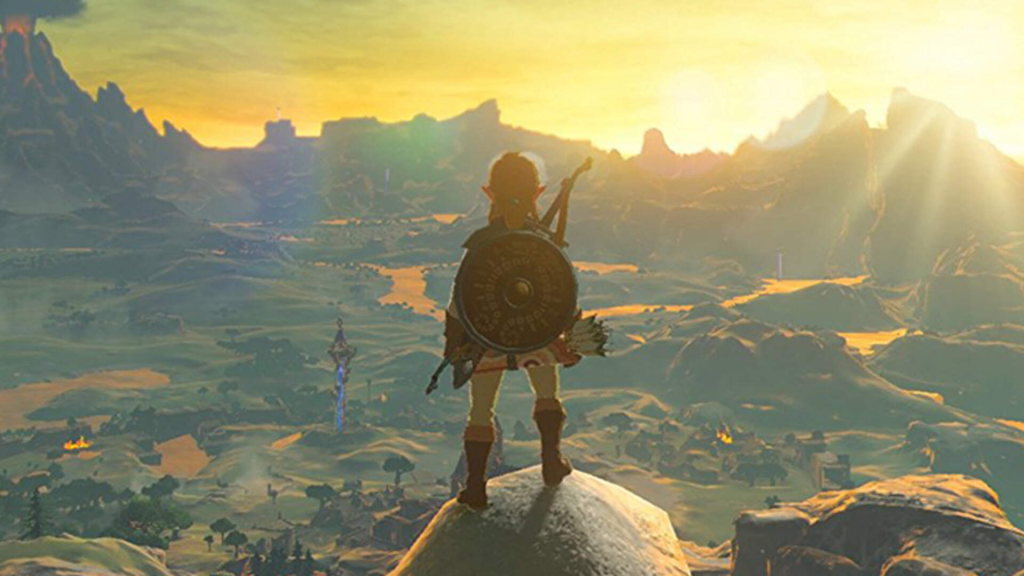 The Legend of Zelda franchise has sold over 126 million units over the better part of the past four decades. Nearly 26 million, which is close to a quarter of all that it sold, comes from the 2017 title, The Legend of Zelda: Breath of the Wild.

It’s not easy to reinvent a franchise that’s pretty much done and seen everything but that’s exactly what it did. The open-world adventure turned the entire gaming industry on its head and introduced several new mechanics that other games are still trying to replicate five years later. It’s influential, commercially successful, and a critical hit, a perfect trifecta that makes it an easy choice for our list.

It’s safe to say that the sequel has a lot to live up to and we’ve little doubt that it will find itself on a similar list to this one ten years from now. 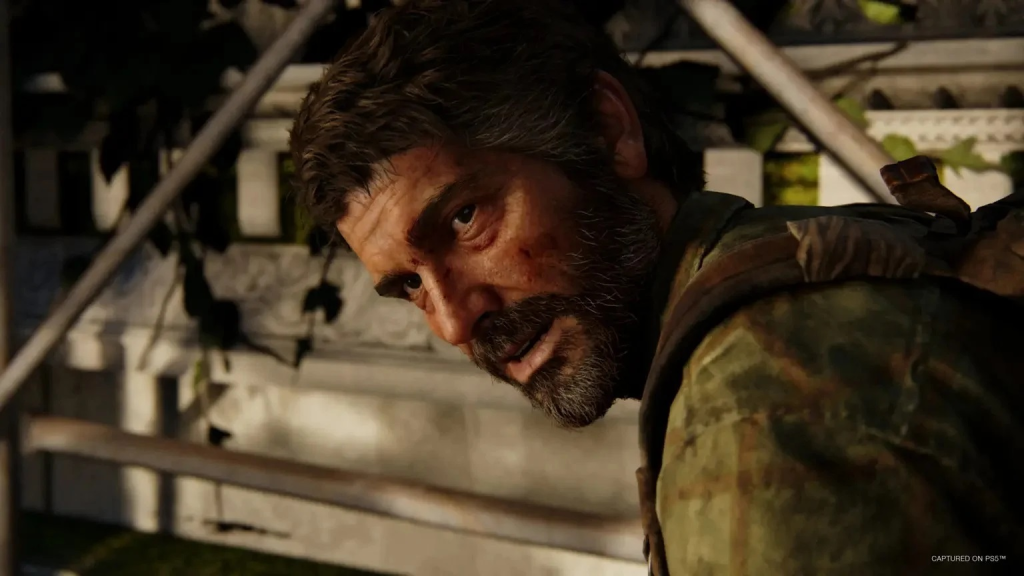 The Last of Us Part II was excellent, but nothing beats the first.

Naughty Dog had always flirted with the idea of narrative-driven video games with the Uncharted franchise. But, it wasn’t until The Last of Us that the first-party PlayStation studio went all-in. In doing so, Naughty Dog raised the standard for what it means to tell a story in video game form. Since then, very few games have managed to tug on the heartstrings of gamers and stick with you for just as long as The Last of Us.

The Last of Us was later remastered for the PS4 and PS4 Pro and then remade for the PS5. But, it doesn’t matter which version of The Last of Us you end up playing – each one will force you to deal with complicated moral issues and ultimately, how to accept the fate that befell the protagonists, Joel and Ellie. 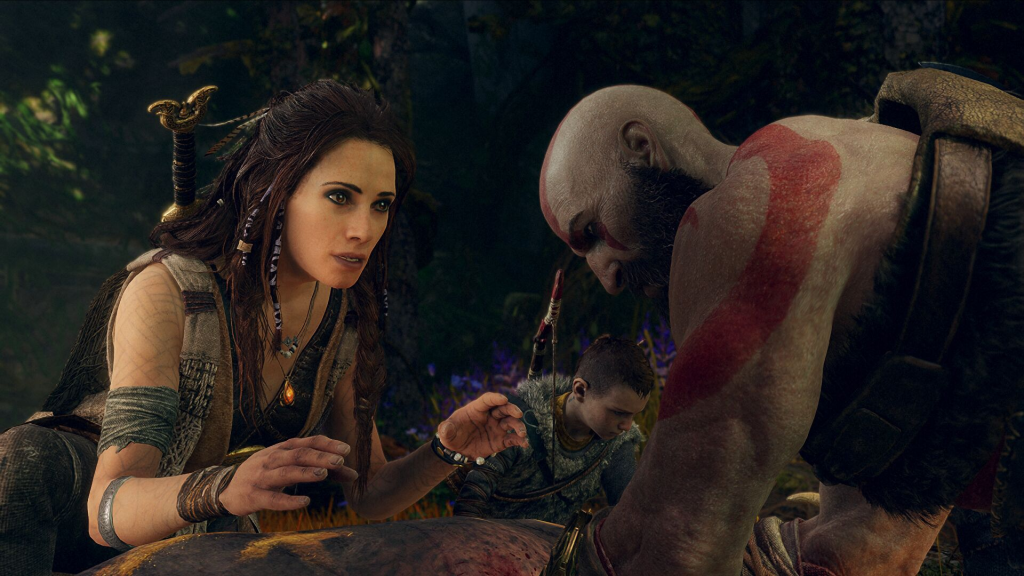 Sony could’ve just given fans another brutally excessive entry in the God of War series for the PS4 and we’d be none the wiser. Kratos’ revenge on the Greek gods had always delivered and we’re pretty sure Sony could have found a way to bring back Zeus so that the estranged father-and-son could have another go at each other. Instead, Sony decided to reboot God of War and we’re thankful for it.

SIE Santa Monica Studio repackaged God of War from a button-mashing gorefest to tell an epic featuring a father and son who just happens to find themselves in the middle of a world-ending cataclysmic event.

And, oh, you won’t be finding too many Greek gods in the new God of War, Kratos has since decided to live a peaceful life somewhere in the Nordic regions. Unfortunately, it appears that the Norse gods have a bone to pick with him and his son as well. But, whereas the old Kratos would’ve not hesitated to tear anyone who gets in his way limb from limb, the reformed fatherly Ghost of Sparta shows a more protective and caring albeit grumpy side all throughout. 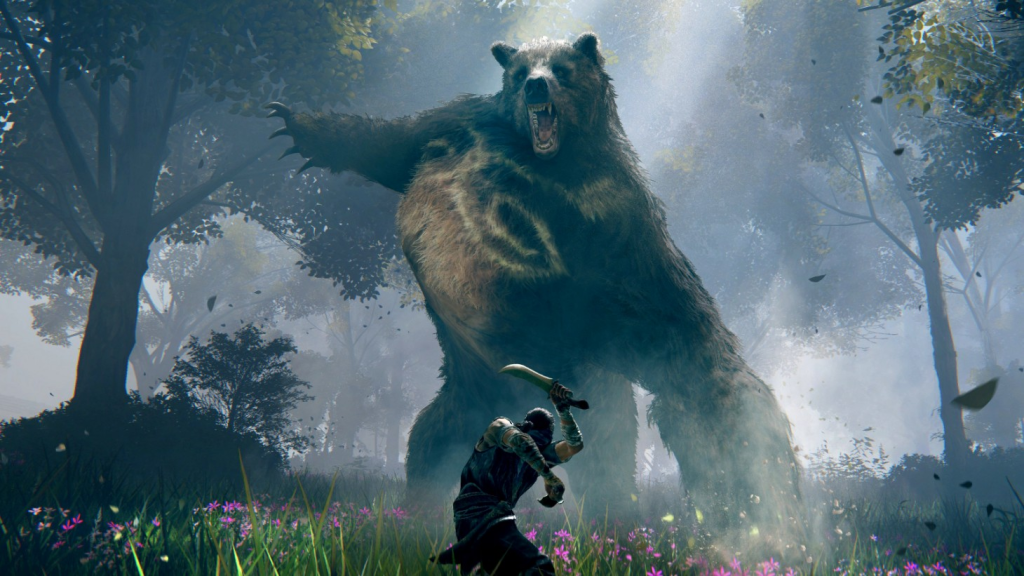 After years of open-world games trying to one-up each other with size and scale, FromSoftware came in with Elden Ring to prove that size and graphics don’t always matter. Narratively, Elden Ring doesn’t even make the most sense. After all, Elden Ring is a fantasy-oriented Dark Souls in a nutshell. It’s even got the studio’s signature difficulty to boot as it relishes the opportunity to remind you that you’re far from good enough.

Be that as it may, Elden Ring succeeds where other Soulsborne games fail – it’s a fun and welcoming game in spite of the punishing difficulty. By that virtue alone, Elden Ring is the best game in a stacked genre.

Sucking at a video game has never been as fun as it has been since Elden Ring. 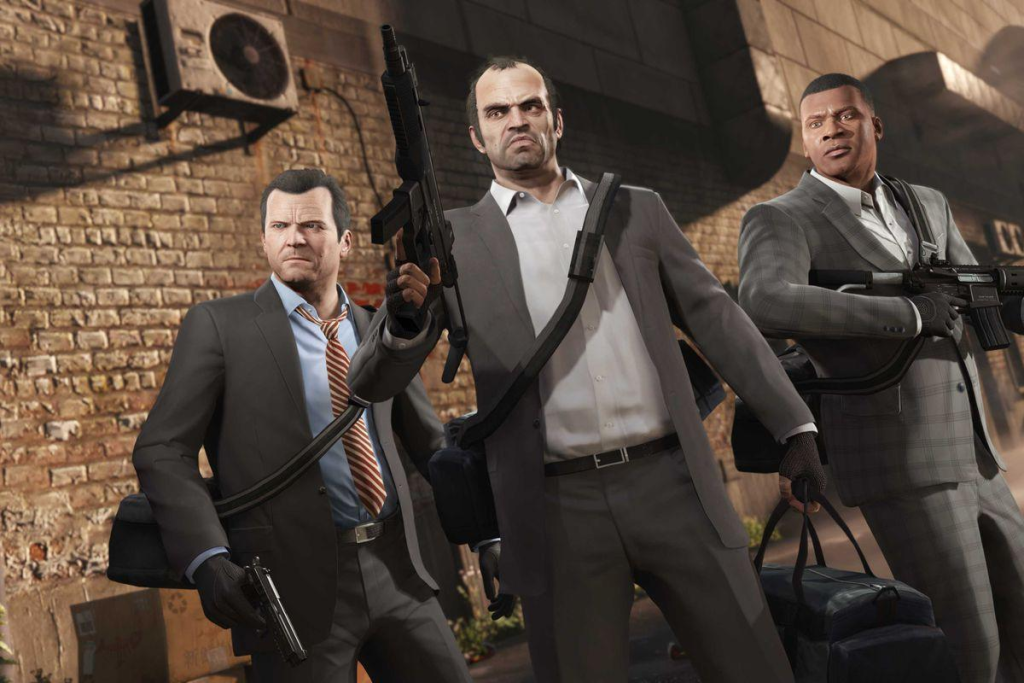 Grand Theft Auto 5 is the biggest video game outside of Minecraft. This alone warrants inclusion on our list.

GTA5 has sold 169 million units since 2013. To put that into context, the entire GTA franchise has sold 380 million units as a whole and GTA5 is responsible for nearly half of that amount. GTA 5 alone would rank among the best-selling video game franchises – not games – of all time. But, that’s not all. GTA 5 has also gone on to become the highest-grossing media title in history with more than $6 billion generated in lifetime revenue – and counting!

GTA5 has everything you could ask for in a game, from an adrenaline-filled single-player campaign that stretches for dozens of hours to all the side missions you could ever ask for and an open-world game filled with intricate details. GTA5 was so successful that its multiplayer offshoot became a different entity and is still selling well.

Rockstar Games deserves props for one-upping themselves at every turn and we’re confident that GTA 6 will eclipse GTA 5 once it finally comes out. 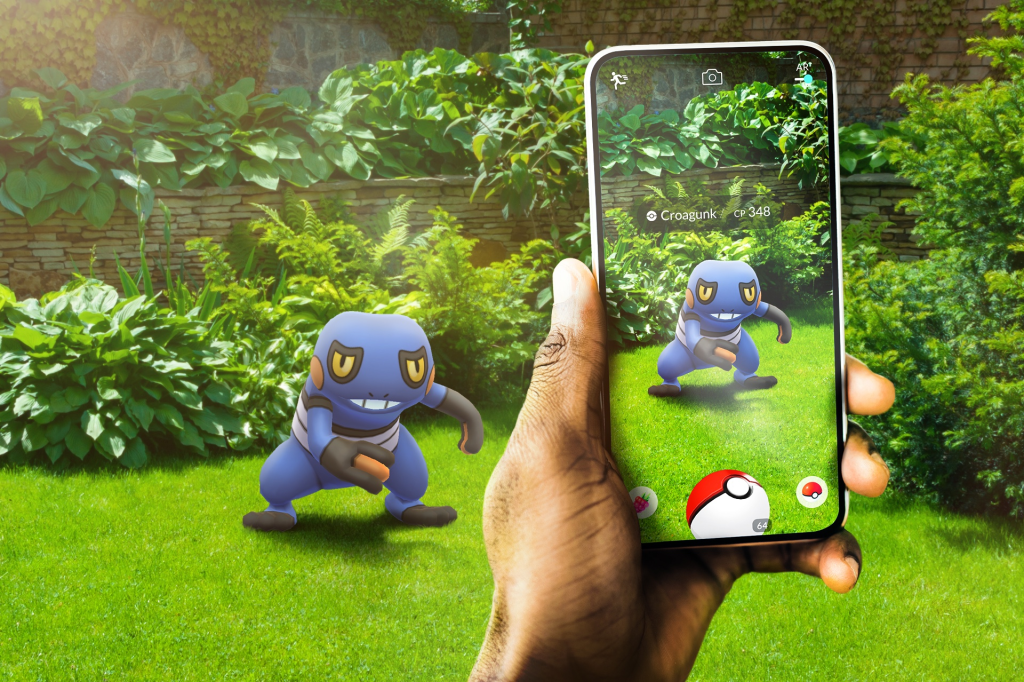 The 2010s was the decade when mobile gaming established itself as a legitimate part of the gaming community and its best representative is easily Pokemon Go. The game was so influential that it was mentioned at a convention where people were choosing their presidential candidates at the 2016 Democratic National Convention.

If that doesn’t speak volumes of how large Pokemon Go was at its peak and how it’s continued to stay relevant, we don’t know what is. 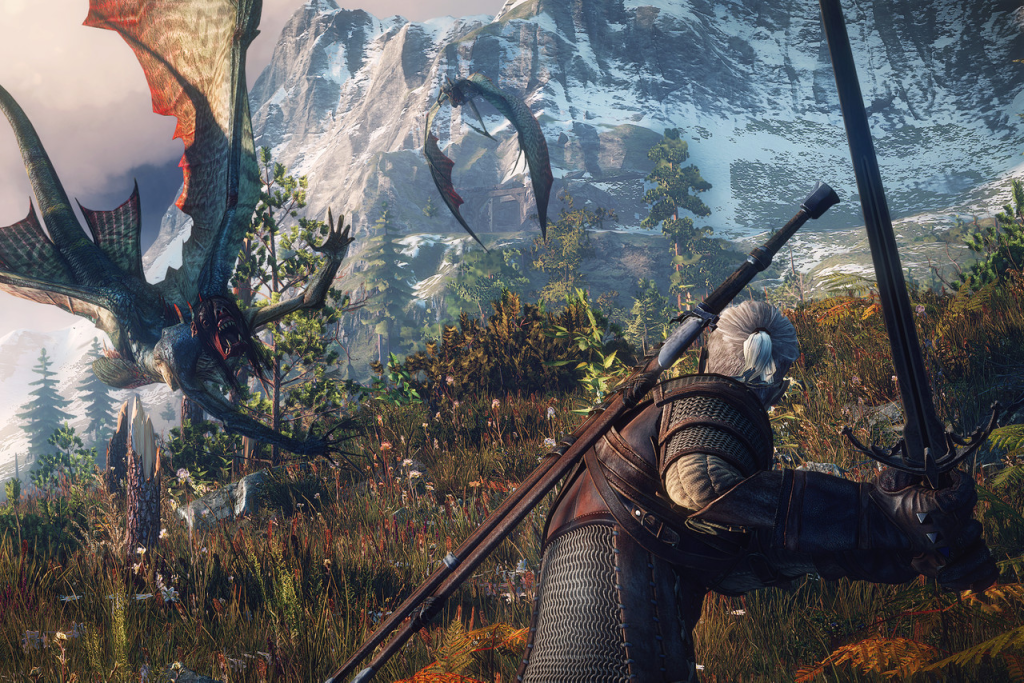 The Witcher 3: Wild Hunt didn’t invent the open-world genre and it certainly did not change the formula. Instead, CD Projekt RED’s magnum opus perfected the execution.

It doesn’t matter what you’re looking for in a game, The Witcher 3 has it all. It even has two of the most expansive DLCs of all time. But, what really strikes out the most about The Witcher 3 are the unexpected stories you’ll find in the nooks and corners of the fantasy world. You can always expect to get the unexpected whenever you venture out into the world as Geralt of Rivia – a grizzled monster-hunter with little patience for anything outside of his former flame and his protege.

Perfect doesn’t even begin to do The Witcher 3 justice. It was a meticulously created game that was bursting with passion at the seams. It’s the kind of game whose side missions rival the most memorable campaigns of other big-budget RPGs.

The Witcher might have initially borrowed ideas from the source material, but CDPR’s third outing proved that its ideas far surpass that of the original novels. 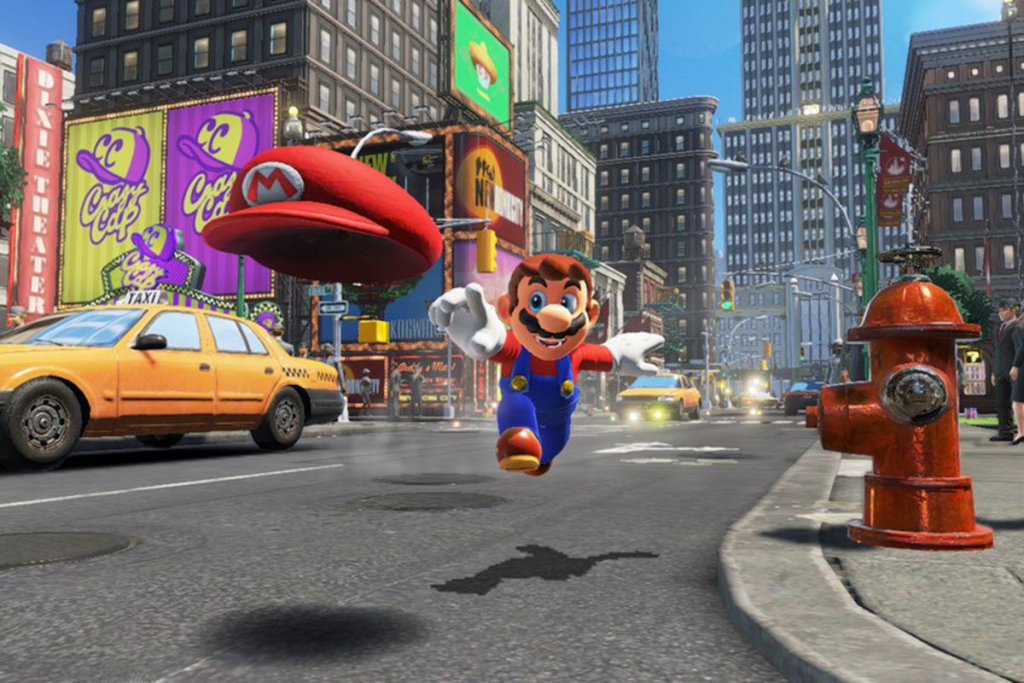 It feels like a shoo-in to throw a Mario game into a list of the best games of any year and any decade or period. For some reason, Nintendo’s resident plumber always delivers on every video game outing. However, what separates Super Mario Odyssey from the other AAA outings by Mario is that it took familiar elements from the entire franchise and injected them with new life.

It doesn’t matter if it’s the lava-filled danger zone or the lush forest that a T-Rex calls home or that platforming-friendly metropolis that we can’t just get enough of, Super Mario Odyssey gave us the entire package and then some. But, what really seals the deal for Odyssey is Cappy, Mario’s new companion that revolutionizes traditional Mario gameplay. Paired with the seamless integration of 2D gameplay in a massive 3D world and it’s no wonder why Super Mario Odyssey has sold nearly 24 million units in just 5 years.

Satisfying gameplay, nostalgia-filled aesthetics, unique and revolutionary mechanics, as well as memorable boss fights, all combine to turn Odyssey into a must-have and a must-play. 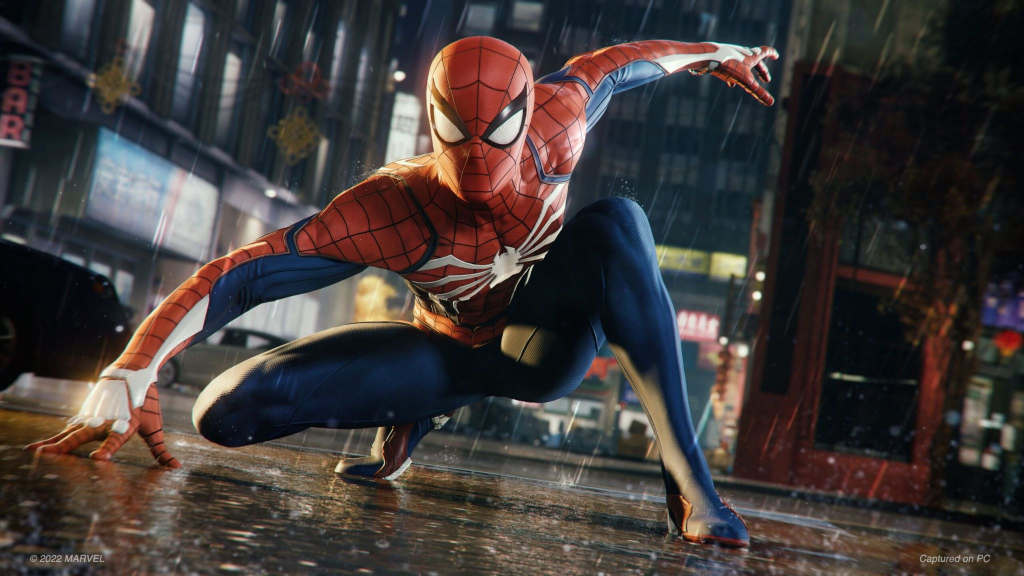 It was a toss-up between Rocksteady Studios’ Batman: Arkham City and Insomniac Games’ Marvel’s Spider-Man. Ultimately, we went with the latter if only because it brought an entire city to life as opposed to limiting the locale to a fictional asylum.

Insomniac had the unenviable task of creating a video game that would do arguably the most popular and relatable comic book character justice. The thing with Spider-Man is that, at the end of the day, he’s just like everybody else who’s struggling to get by.

And, while we don’t exactly get to play Spider-Man working a 9-5 in Marvel’s Spider-Man, Insomniac did an excellent job at recreating a bustling New York City complete with routine traffic jams and even people who have become somewhat indifferent to a guy wearing a spandex latex suit saving the day.

Plus, the occasional chores at Aunt May’s house never hurt as it brings a sense of normalcy into an otherwise extraordinary life for Spider-Man.

Marvel’s Spider-Man isn’t the first game to bring the webhead to life but it’s easily the best. The rich and immersive world is only matched by its strong narrative-driven story. It might not be the longest game as you can literally finish it in a day, but it packs so much experience in that time that you wouldn’t mind revisiting New York every now and then.

And, oh, Marvel’s Spider-Man has since spawned a spin-off with a sequel coming soon, so we can expect to see more of Insomniac’s superhero affair soon.