After more than thirty years of service as one of the Navy’s top aviators, Pete “Maverick” Mitchell (Tom Cruise) is where he belongs, pushing the envelope as a courageous test pilot and dodging the advancement in rank that would ground him. When he finds himself training a detachment of TOPGUN graduates for a specialized mission the likes of which no living pilot has ever seen, Maverick encounters Lt. Bradley Bradshaw (Miles Teller), call sign: “Rooster,” the son of Maverick’s late friend and Radar Intercept Officer Lt. Nick Bradshaw, aka “Goose”.

Facing an uncertain future and confronting the ghosts of his past, Maverick is drawn into a confrontation with his own deepest fears, culminating in a mission that demands the ultimate sacrifice from those who will be chosen to fly it.

You never know how much something means to you until it’s in danger of being taken away. Not only may it be something that you love, but it could be something that defines you. With that said, when you love something, you fight for it. You fight to protect it, to preserve it, and to be able to pass it on. The future is always going to come and with it, change. But if what you love is righteous and just, you keep fighting for it until you can’t anymore.

Hold on to your drinks and prepare for a flyby that you won’t soon forget. With high octane aerial acrobatics that will take your breath away and a story that elicits laughs and tears, Top Gun: Maverick is Mach 10 marvelous. Directed by Joseph Kosinski, this exhilarating and damn-near flawless sequel is monumentally greater than its predecessor. From its storytelling and progression to its camerawork and acting, this film is better in every way. Even while teeming with hits of nostalgia, be it pictures, music, dialogue, or mirrored scenes and characters, this next-generation narrative forges its own while it pays respects to the past. In fact, if you haven’t seen the original, worry not, because this shiny new fighter jet is cultivated in such a way that you only need to know that the original exists. You could easily return to Top Gun and watch it as a prequel. As Memorial Day and Father’s Day are rapidly approaching, this is the perfect movie to recapture the joys of yesteryear and celebrate today. Treat yourself and those you love to one of the most outstanding action films of all time.

This Top Gun of today consciously and seamlessly presents a cast that is incredibly more inclusive than its 80s counterpart. With multiple races represented as well as female representation added, it’s refreshing to see. However, there could’ve been more women included, but it could also accurately represent real-world ratios within the Navy. The film is intense, heartfelt, and genuine. Nothing about this installment screams, cash-grab or inauthentic. Its electric and immersive nature deeply engrosses you in all its drama and excitement. I was so captivated that it felt as if I was the only person in the theater, I didn’t notice anything or anyone else around me. I laughed, I cried, I sweat through my shirt, and when it was over, the entire theater burst into applause. The movie is just as quotable as before with one-liners, characters, and callsigns for all to enjoy. The camaraderie has leveled up as this team of elite pilots feels as close as the real deal. As it tells a story of trust, resilience, redemption, and knowing when to let go, it drives home messages that benefit us all. The cinematography is astonishing. As cameras are inside and out of the aircrafts, we get to witness in-air gymnastics and dogfighting as we’ve never seen on screen before—it’s truly mindblowing. The score gets your blood pumping, and there are some classic bops that transport you to the days of Maverick and Goose. The writing, direction, and editing make for a storyline that moves as smoothly as a perfect takeoff. And the performance of the cast solidifies Top Gun: Maverick as one of this year’s best. This is one of the best movie-going experiences to date and must be seen on the biggest screen possible with the best sound. Its rewatchability is high.

I don’t think the film could’ve been paced any better. Immediately grabbing your attention with a little bit of nostalgia and a whole lot of speed, once it has you, it doesn’t let go. Perfectly balancing heart, humor, and thrills, the film itself has the emotional components of a ride in a jet. What popped for me was the thrilling cinematography. The way they are able to capture the various impressive abilities of the jets and what it’s like in the cockpit is incredibly immersive.

The chemistry between this cast is some of the best that you will see this year. Tom Cruise’s charm, charisma, and magnetism as Maverick are alive and well 36 years later. The chemistry between Cruise’s Maverick and Penny (Jennifer Connelly) is palpable. It’s one of the most intriguing dynamics of the film. Miles Teller as Rooster is one of the most compelling aspects of the film. Not only is his storyline interesting, but his character resembles those of the past. Hangman (Glen Powell) is probably the easiest person to hate throughout the story. He’s arrogant, selfish, and not much of a team player. Nevertheless, he provides the necessary push that the story needs. Phoenix (Natasha Barbaro) is the singular woman pilot and she doesn’t take any kind of slight from anyone. Not only is she part of the elite group, but she’s also one of the best of them. Then there’s Hondo (Bashir Salahuddin). I just love his character. He’s someone that you want by your side. The entire cast did a phenomenal job, 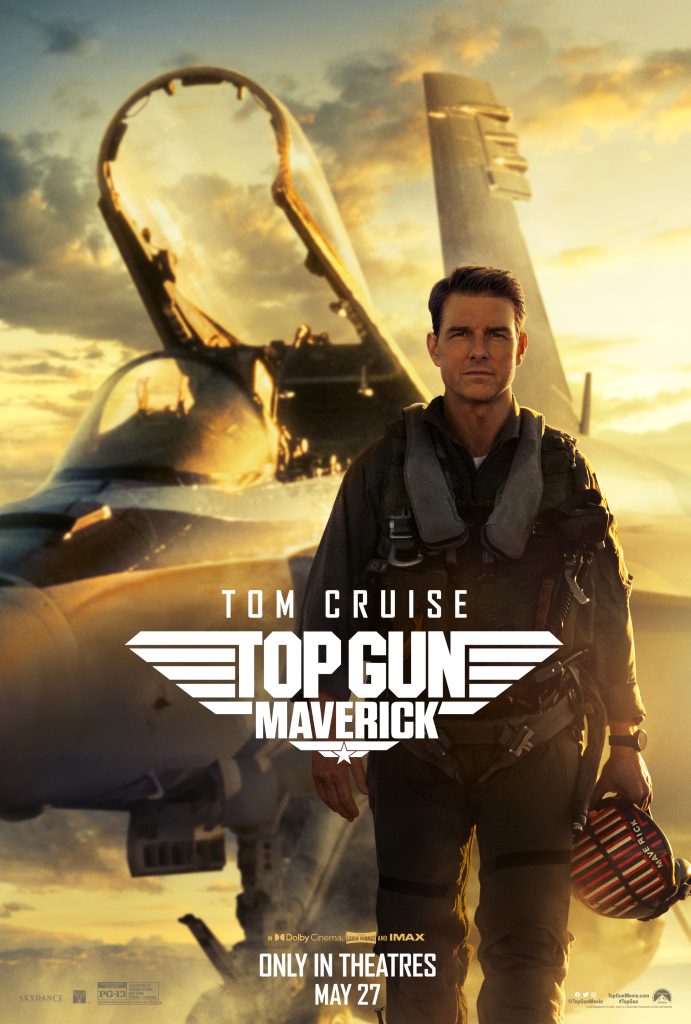 9.5 An exhilarating and damn-near flawless sequel

Top Gun: Maverick is monumentally greater than its predecessor.