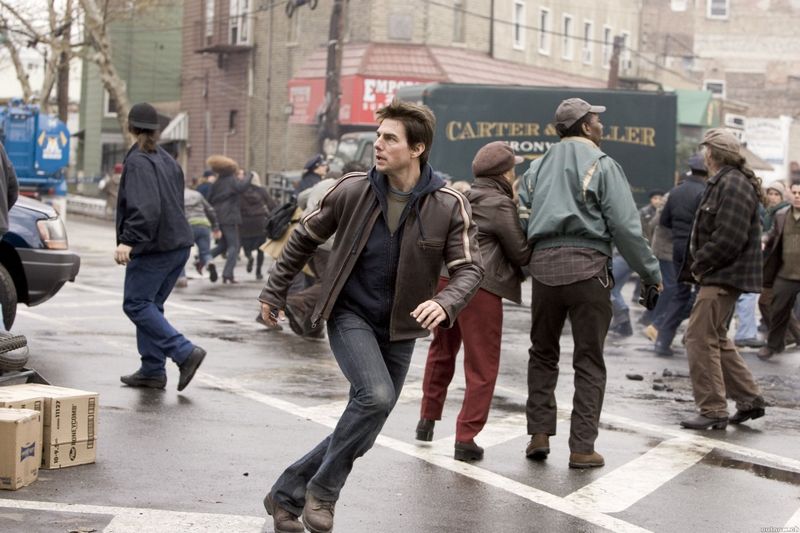 The story of War of the Worlds has had quite a long life, from the initial H.G. Wells novel in 1898 to an infamous 1938 radio dramatization that caused a public panic followed by a 1953 film adaptation that stands as a landmark amongst science fiction movies. Over 50 years later, hot off their successful collaboration on Minority Report, director Steven Spielberg and Tom Cruise decided to continue their hot streak by giving the world a new spin on the tale. Rather than focusing on multiple different storylines, this version of War of the Worlds would center on a single storyline about a father and his fight to protect his family from an alien invasion. The move paid off as their adaptation was a critical success and the fourth highest grossing movie of the year.

In War of the Worlds, Tom Cruise plays a character that is unlike most of the characters he typically inhabited up until this time. Ray Ferrier is not a successful businessman or any type of real hero; he is a divorced dockworker who lives in New Jersey and is mostly estranged from his children. When his ex-wife, Mary Ann (Miranda Otto), drops off his 10-year-old daughter, Rachel (Dakota Fanning), and teenage son, Robbie (Justin Chatwin), at his house for the weekend, Ray struggles to connect with them or even provide any type of proper home. They are not given too much time to acclimate before a series on intense lightning strikes open up the ground from which enormous alien tripods emerge. Unlike the friendly aliens of Spielberg’s past, these visitors are geared toward the destruction of everything in sight. Ray does not try to act the hero when faced with this danger; he runs away, grabs his children and flees the city as fast as he can to try to get them back to their mother. 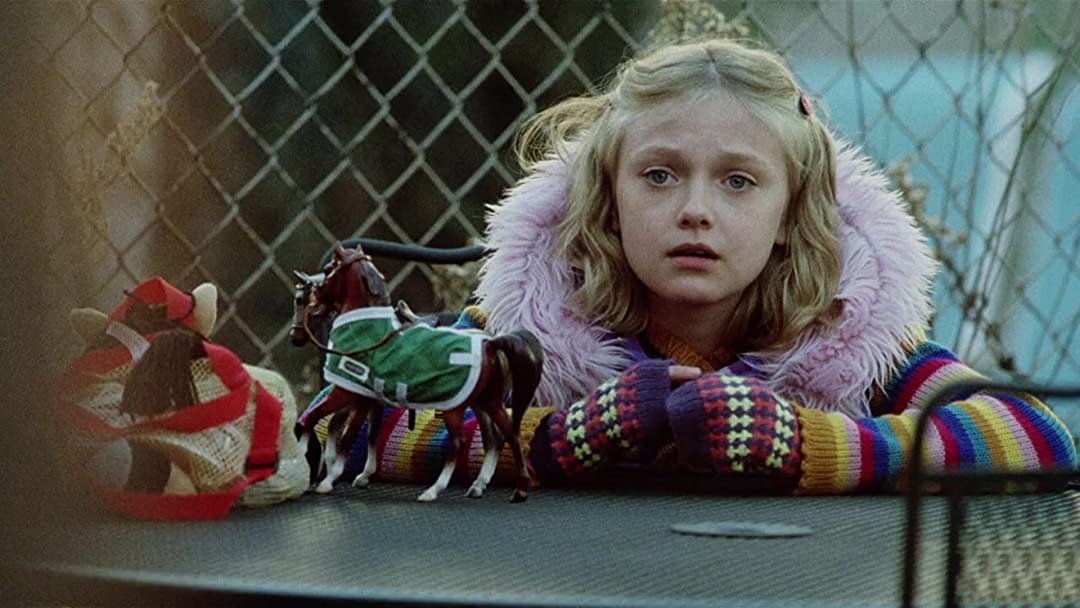 The film is a bit of a mixed bag when it comes to the final product. The scenes depicting the alien emergence and destruction throughout are supremely intense and visceral set pieces that have remained some of the best realizations of an alien invasion to date. Spielberg knows how to craft memorable sequences that will stick with you for years and years. The aliens are not the only threat to the survival of mankind once fear permeates the land. Typically rational people are quick to violence against others if it means there is a greater chance they will survive. The desperation of humanity is on display here in multiple instances. Ray is not immune to such impulses, as shown in a tense scene with a spiraling man, Harlan Ogilvy (Tim Robbins), who offers shelter to Ray and his family in his basement. A subsequent cat-and-mouse game between the group and the aliens in the basement is a master class in ratcheting up tension.

The acting in this movie is mostly pretty strong with Tom Cruise injecting his usual charisma and Dakota Fanning turning in a believable performance despite the fact that the script primarily just makes her scream a lot. A weak link is Justin Chatwin as Robbie, who is a bit stilted and one note throughout a lot of the movie. This is more of a result of a larger issue with the movie; the script makes the characters make a lot of incredibly dumb choices and stumbles in pursuit of a satisfying conclusion. Even with the uneven characters, the movie offers up so many entertaining scenes that it could have been forgiven if they had provided an ending that didn’t end on a whimper. To be fair to the movie, the ending does mostly stay true to the original H.G. Wells vision, but the execution feels anticlimactic in this context. Although a more fully realized ending and character tweaks would have lifted up the legacy of the movie even more, there is still enough here to keep you revisiting the film. 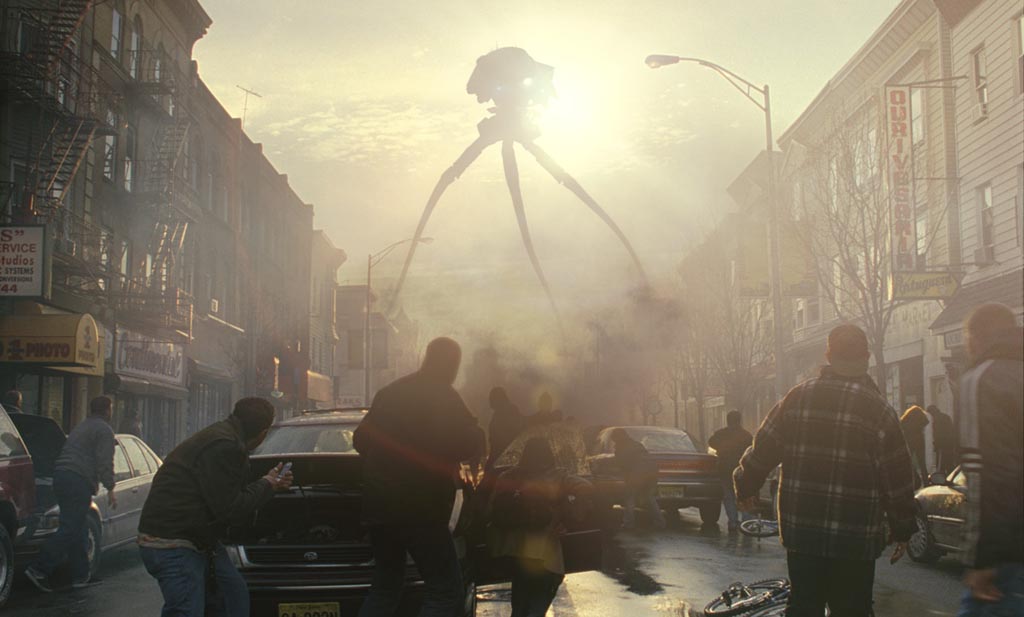 War of the Worlds improves on its already impressive Blu-Ray with a stunning 4K UHD Blu-Ray upgrade. The fact that Spielberg shot on film is not compromised in this presentation as the transfer has a nice amount of natural film grain throughout. The clarity and detail present here is simply phenomenal, exposing details previously lost due to the limitations of the format. Everything looks more natural from the skin tones to the colors of the clothing and the landscapes. Subtle details like rain droplets stand out where they previously blended in with the background. A great amount of depth in gained with this transfer, both in close-up and long shots. This 4K UHD transfer brings richness to the movie that you did not know you were lacking until you see it for yourself. This is a reference level presentation from Paramount that stays true to the source material.

War of the Worlds gets a Dolby Atmos makeover that is mostly spectacular, but there is one downside that is noteworthy. For the good, this is a spacious and detailed track that opens up this world in a more precise manner than ever before. Directionality is never an issue and dialogue is never overpowered by the various competing sounds like loud special effects or a soaring score from John Williams. This is very much a movie that was a benchmark effort in sound design for the time, from the tripods rising out of the ground to various scenes of destruction they unleash. All of the speakers are getting a workout and create an all-enveloping sound. Overall, this is a standout audio track that delivers the goods, save for one aspect. The original DTS track on the Blu-Ray has long been known to be a demo track for when you want to show off deep bass, but the Dolby Atmos track tones down the bass a bit so that you are not getting hit in the chest as hard. The track sounds excellent if you do not know what came before, but those who love the original DTS track will be disappointed it was not at least included as an option.

War of the Worlds is an exciting adaptation of a classic story that has one of the most charismatic actors of our time anchoring the action. The script has some issues that test the patience of the audience, but the execution of the alien invasion has some truly awe-inspiring moments. The new 4K UHD from Paramount Pictures Home Entertainment has reference level video and great sound along with a slew of entertaining extras. This is one that is easy to recommend for fans of the movie. Highly Recommended

War of the Worlds is currently available to purchase on 4K UHD Blu-Ray.