Warner Bros. Home Entertainment and DC have just announced that they will bring Green Lantern: Beware My Power, a new entry to the DC Animated Movies line, to 4K UHD, Blu-Ray and Digital on July 26, 2022. Witness the action-packed induction of John Stewart to the Green Lantern Corps, and his first thrilling adventure alongside some familiar faces, as SAG Award-winning actor Aldis Hodge takes on the role of Stewart. Get the details below!

Synopsis: In Green Lantern: Beware My Power, recently discharged Marine sniper John Stewart is at a crossroads in his life, one which is only complicated by receiving an extraterrestrial ring which grants him the powers of the Green Lantern of Earth. Unfortunately, the ring doesn’t come with instructions – but it does come with baggage, like a horde of interplanetary killers bent on eliminating every Green Lantern in the universe. Now, with the aid of the light-hearted Green Arrow, Adam Strange and Hawkgirl, this reluctant soldier must journey into the heart of a galactic Rann/Thanagar war and somehow succeed where all other Green Lanterns have failed. 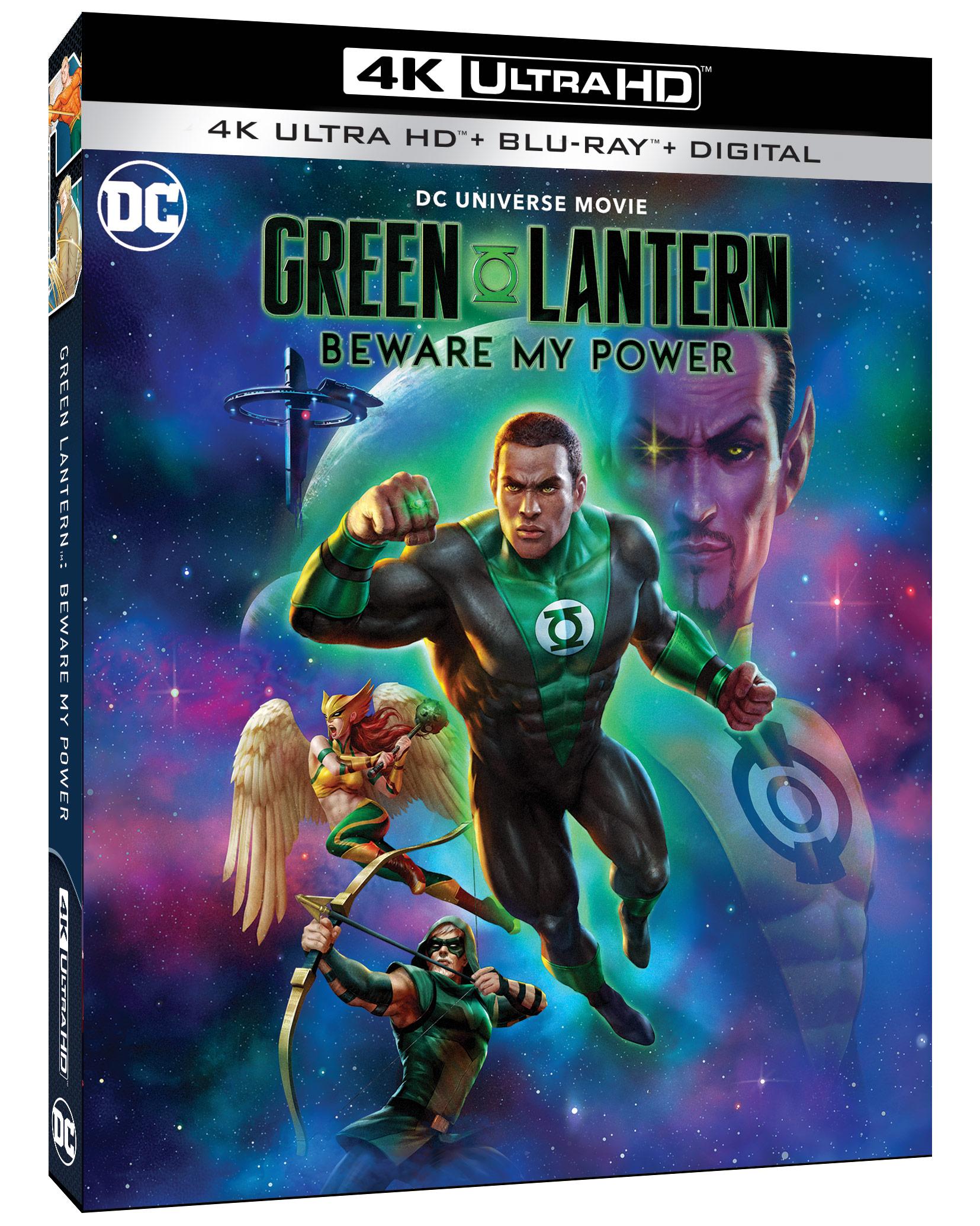