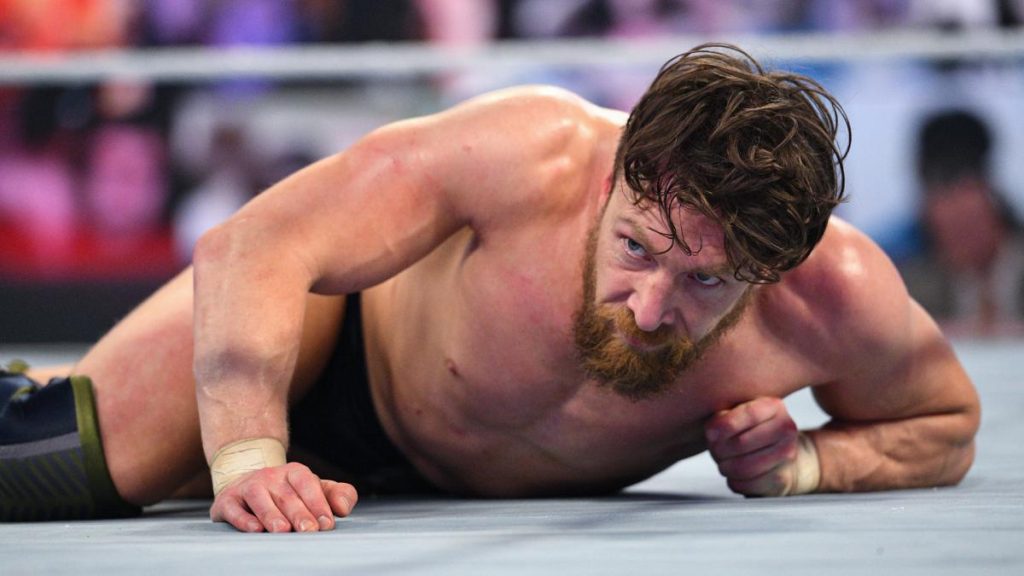 Daniel Bryan has been added to the WWE Universal Championship bout at WrestleMania 37. The announcement came on the March 26 edition of Friday Night SmackDown, causing chaos to erupt in the ring. That chaos ended with Roman Reigns on the ramp and Bryan flat on his back. Meanwhile, The Rated-R Superstar was the lone man standing.

None of this really came as much of a surprise to WWE fans. It’s been obvious for quite some time that plans were being made for Bryan on The Grandest Stage of Them All. The only question is, will this be the last gasp of the Yes Movement?

Rumors have been flying for months that Daniel Bryan’s ring career is coming to an end. He’s made no secret about the fact he wants to transition to a backstage role at some point. Many believe that point is coming in 2021 and if so, the clock is indeed ticking.

Working For a Living

Bryan’s fans are likely not celebrating this news, however. They’re the ones who supported Daniel from the day he first joined Vince McMahon’s company. They had his back when he become the world champion. They enjoyed his work with AJ Lee and they showed their disgust when Sheamus beat him in 18 seconds at WrestleMania 28.

Bryan’s fanbase grew exponentially from that point on, especially when he and Kane formed Team Hell No. For the first time, Daniel began showing some real personality. His supporters knew he could achieve great things and that became evident when the Yes chants began.

The Yes Movement captivated WWE audiences around the world and solidified Daniel Bryan as a megastar in the company. He rose to the occasion and embraced his new spot with everything he had and fans couldn’t get enough of him. His run up to WrestleMania 30 remains one of the most memorable of all time because it was the fans who made it possible.

They wanted Bryan and WWE gave him to them. It was a symbiotic relationship, built on mutual respect and appreciation. Fans knew how hard Daniel worked to get into WWE and they wanted to see him rewarded for his efforts. Daniel knew that without their support, the company would likely never have given him a main event shot. It was a perfect storm in more ways than one.

Daniel Bryan is a fighter and he proved it during the birth of the Yes Movement. He proved it again when he came out of early retirement and fought against the odds to get his pro wrestling career back. Bryan could not just walk away from the business that he loves. He wanted to finish on his own terms.

But the time he’s spent building the rapport with his fanbase is extensive, so to imagine him leaving the ring for good is a bit much for many to accept. He’s been so good for so long and many have argued that he’s been the best pure wrestler in the company since he returned to action. His influence in and out of the ring is significant and there is no question about that.

The End is Near?

However there is a question as to whether or not WrestleMania 37 could be his last stand. The decision to add him to the Universal title match could have been made because WWE wants to give him one last Mania moment before he hangs up the boots later this year. If so, then he could very well take the pin in the Triple Threat Match. Daniel is a pro and he would surely have no problem doing the honors if necessary.

Or is it possible that WWE has engineered Bryan’s renewed main event run for another reason? The company is reportedly hoping to see around 30 to 45,000 fans for the two-night WrestleMania event. What if those fans give Daniel Bryan the same sort of reaction he received when the Yes Movement exploded in 2013?

Is it possible that WWE is expecting just that reaction, which is why Bryan is competing for the title? If the idea is to not only give him one last Mania memory, but one last run, he could walk away as the new Universal champion. Would Vince McMahon’s company be willing to bet on his popularity to carry him through one of the biggest nights of his career?

Or is it more likely that all of this is happening simply to muddy the waters for Edge and Roman? Reigns is the hottest star in the company and arguably the industry. He’s at the top of his game and there hasn’t been much of a reason to take the belt from him. Edge is a legend and he’s a fan favorite, but is that enough to switch the championship at WrestleMania?

The fact is that despite what happens, Daniel Bryan is going to deliver his best in this match. Like Roman and Edge, he’s been on top and he knows what it takes to stay there. Whether or not he gets back on top with a Universal title win, is anyone’s guess.