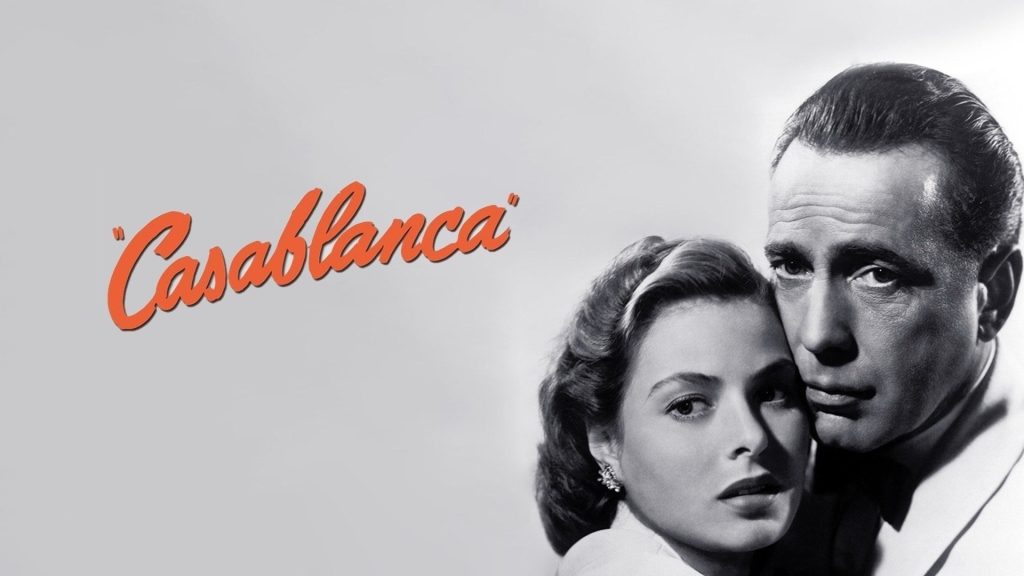 Valentine’s Day may be a rather silly holiday, but it is a wonderful excuse to celebrate love and romance in the movies. In that spirit, check back each day leading up to February 14th for a cinematic advent calendar of recommendations presented as mini-reviews.

Logline: During World War II, a cynical American club owner must reckon with his romantic past and sense of duty when an old flame and her husband arrive on his doorstep.

Why you should watch: There are few movies quite as immortal as Casablanca, the sort of classic sweeping romance that transcends cinephilia to seep into popular consciousness 80 years after premiering. Adapted from the unproduced play “Everybody Comes to Rick’s,” no one involved in the production believed they were making anything other than a standard Warner Bros. war picture. Yet, when that picture stars Humphrey Bogart, Ingrid Bergman, Paul Henreid, and Claude Rains all under the direction of the painfully underrated master Michael Curtiz, it turns out you can end up with a legend on your hands. Yes, it holds within it a near-mythical love story, but it is only one facet of a movie as concerned with duty, camaraderie, and compassion across borders. Standing as the film I have watched more times than any other, Casablanca refuses to grow stale. It is that rare film which rewards every minute you spend with it.

Rick (Bogart) and Ilsa (Bergman) are as much characters unto themselves as stand-ins for the roiling geopolitical landscape that engulfed the world while Casablanca was under production. Rick, the American ex-pat sticking to an outward guise of cynical isolationism while harboring a rebellious streak. Ilsa, the woman whose life was overrun by Nazis now singularly committed to pushing along the cause of freedom from fascism no matter the personal cost. They were brought together in Paris years before by unfettered passion and now reunite at the altar of impending doom unless Victor Lazlo (Henreid), a resistance leader emblematic of democratic defiance, escapes Casablanca. Bogart was famous for playing gangsters and hardboiled detectives with a soft streak, and Casablanca capitalized on the latter part to let him build Rick as an immensely flawed yet courageous lead. Across from him, Bergman channels her parallel talents of fluid charm and emotional rawness into a woman every bit his equal. You can sit back and watch them simply for the topicality, or revisit it and read a stirring allegory of allegiance to hope during the darkest of times. Either way,  you shall not be disappointed.

If you’ve never seen Casablanca, do this hopeless romantic a favor and turn it on the next chance you get. It is truly one of the greats.

Where you can watch: Streaming on HBO Max. Rent on Apple, YouTube, and elsewhere.