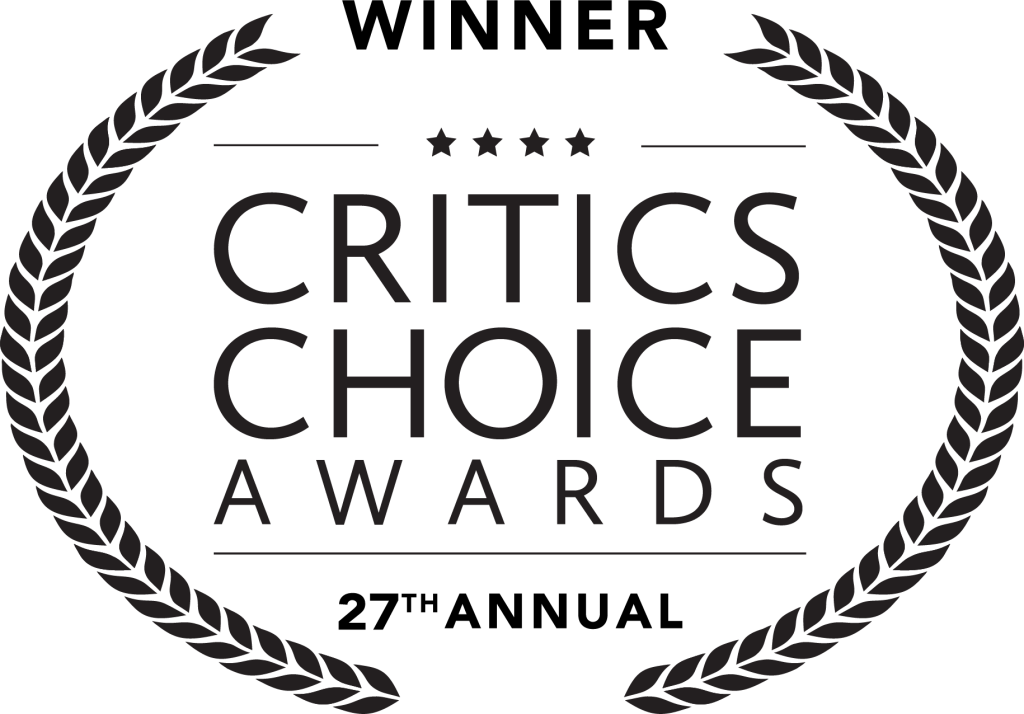 On Sunday, March 13, 2022, the stars were out at the 27th Annual Critics Choice Awards. Broadcast and held from the Fairmount Century Plaza Hotel in Los Angeles and live telecast at the Savoy Hotel in London, the awards gala was hosted by Nicole Byer and Taye Diggs. The lights were on, cameras were ready, and spirits were as high as the fashion. After a 2021 that was filled with an abundance of great film and television, it’s a shame that there can only be one winner per category. With second or third viewings of each film, it didn’t make my voting process any easier, nevertheless, I believe I made the right choices, even if my picks didn’t win. Sadly, I wasn’t able to attend this year, but next year I’ll have all kinds of footage for you all.

There were a few wins that surprised me, however, the majority of the films or talent that I voted for actually won. The Power of the Dog took the most awards in the film category while Ted Lasso took home the same amount for the series category. The legendary Halle Berry was awarded this year’s SeeHer Award. The SeeHer Award recognizes a woman who embodies the values set forth by the SeeHer movement, to push boundaries, defy stereotypes, and acknowledge the importance of authentic portrayals of women across the entertainment landscape. Also, honoring another legend, Billy Crystal received the Lifetime Achievement Award. But enough talking, without further ado, here are the winners of the 27th Annual Critics Choice Awards.

BEST PICTURE
The Power of the Dog (Netflix)

BEST DIRECTOR
Jane Campion – The Power of the Dog (Netflix)

BEST CINEMATOGRAPHY
Ari Wegner – The Power of the Dog (Netflix)

BEST HAIR AND MAKEUP
The Eyes of Tammy Faye (Searchlight)

BEST ANIMATED SERIES
What If…?  (Disney+)

What are your thoughts? Are you surprised by any of the winners? Have you seen all of these films and series? Let us know your thoughts on Twitter. Stay safe and enjoy.