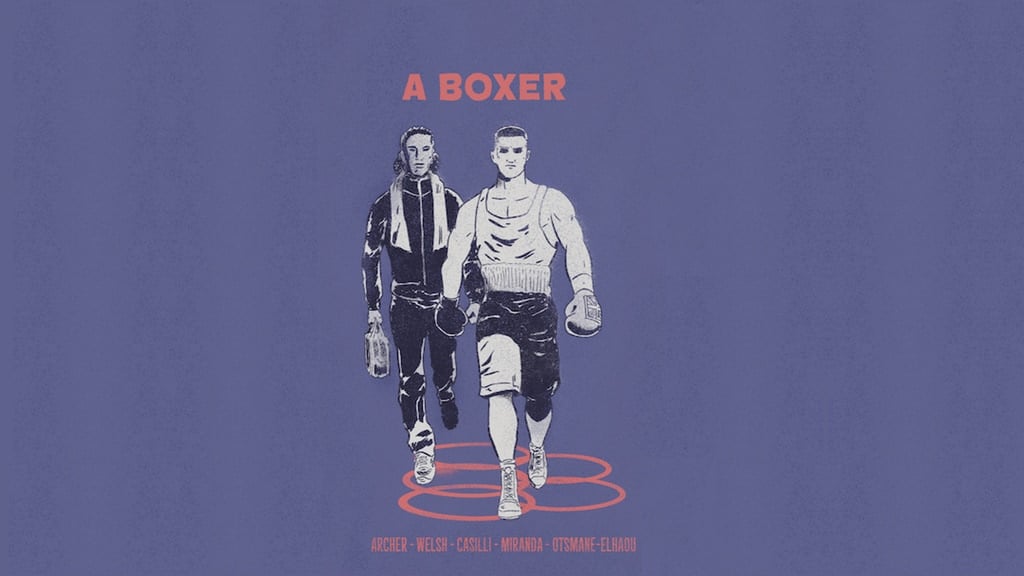 EXCLUSIVE:  As I leave a screening of Dolittle, I notice I have a DM on Twitter. Now, it’s not often that I receive important messages on social media so I don’t always open them. However, on this day I had time to entertain potential nonsense. Once I realized the message wasn’t from someone whose Twitter handle ended in a gaggle of numbers, I gladly opened. The message was from comic book and graphic novel writer, Dominic Archer. The UK born writer now based in Moscow, reached out to talk about his upcoming project, A Boxer and how he and the artists that helped complete the graphic novel have a Kickstarter starting January 27th, 2020 to help raise funds for everyone involved, as it’s an independent release.

After he explained what the story was about and having the privilege to read the first few pages, I knew we had to sit down and have a chat (in this case a Skype call). It was noon where I am and 9 pm for him as we discussed, his career and new project, sports culture, and much more featuring his cool British accent. The interview is down below along with information about A Boxer and a page for your viewing pleasure.

A Boxer is a 100-page graphic novel that tells the story of Mike Shepherd, a British fighter trying to succeed in the hyper-masculine world of
boxing, whilst struggling to manage his sexual identity.

The book is narrated by Mike’s partner and medical consultant, Jude who faces his own challenges as an openly gay man in the sport.

The story begins with Mike taking a silver medal at the Olympics. Despite being the better athlete, Mike loses the final bout as he fails to
overcome his internal conflicts. His struggle intensifies as he turns professional, making the decision to keep his relationship with Jude a
secret to ensure that he has equal opportunities in the international sport.

But when Mike’s first opponent makes a homophobic remark to Jude, his two warring identities are forced into conflict.

An analysis of modern identity, A Boxer takes artistic inspiration from the traditionally masculine art of American realist, George Bellows
and contrasts it with ‘theatrical’ lighting techniques to create a sense of conflict and imprisonment within the everyday.

A Boxer has already secured a publisher for printing and distribution. This crowdfunding campaign is to pay the creative costs of our
fantastic team.

As can be seen from the pitch artwork, the project was previously named The Boxer but was retitled as we felt that A Boxer suggested the
story was universal rather than specific. Mike’s journey is one experienced by multitudes of people and while cultural boundaries have
shifted, sports are still one aspect of society that struggle to deal with these issues and confront bias. This was made clear by the
experience of the Twitter account ‘The Gay Footballer’ and even the English national football
team.

A Boxer details the experience of a homosexual man struggling to find his place between two worlds, feeling himself equally impassioned
and alienated by both the boxing and LGBTQ+ communities. 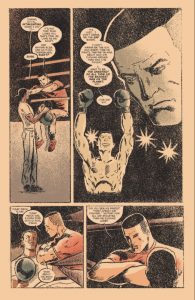