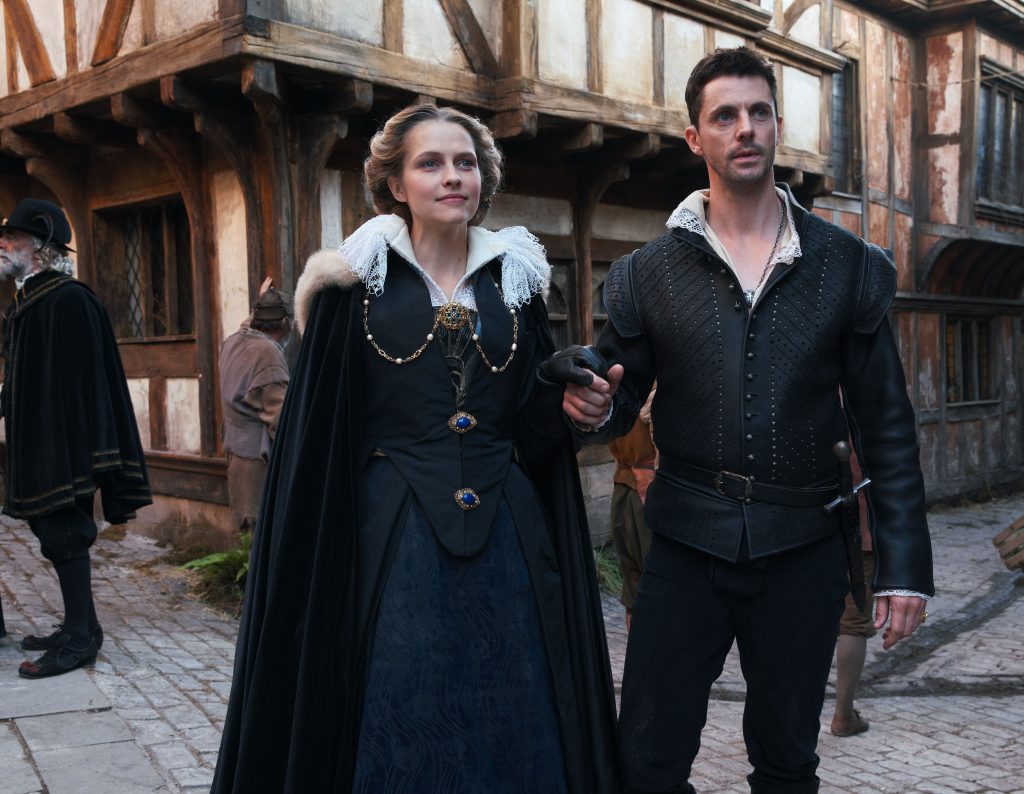 Adapted from Deborah Harkness’ best-selling trilogy of novels, A DISCOVERY OF WITCHES is a bold and romantic thriller that uncovers a secret underworld of vampires, witches and daemons hiding in plain sight for fear of persecution by humans. Brilliant historian Diana Bishop is a witch denying her own heritage. But when she unexpectedly calls up an ancient, bewitched manuscript, Ashmole 782, she finds herself thrown into the heart of a dangerous mystery – and into the path of the enigmatic geneticist and vampire Matthew Clairmont. Across three distinctive and gripping seasons, Diana and Matthewʼs love for each other and their quest to solve the mystery of the book throws their world into dangerous turmoil as their journey takes them towards a thrilling and incendiary conclusion.

For thoughts on A Discovery Of Witches: The Complete Second Season, please see my review of the Blu-Ray here.

For thoughts on A Discovery Of Witches: The Complete Trilogy, please check out discussion on The Video Attic:

A Discovery Of Witches comes to Blu-Ray with a striking AVC encoded 1080p transfer in 2.00:1. The series maintains a color palette that leans more towards the cooler side of the spectrum while never losing the dynamic nuances of the aesthetic. There are numerous instances of visually darker moments throughout the series, but the series really comes alive in the bright daytime scenes. There are some wondrous instances of colors radiating off the screen. Black levels are mostly deep and give way to a solid amount of detail in shadows, even if there are certain that could be more strongly defined. The brilliant highlights do not fall victim to any blooming in this presentation.

This presentation is able to showcase some impeccable detail throughout these three seasons, as all of the carefully crafted facets of the production design are easily identifiable. The CGI is less impressive than the practical work, but it holds up well enough for a series of this scale. Skin tones appear very natural across the entire cast with enjoyable close-up detail. There are no egregious instances of aliasing or compression artifacts detectable here. The Blu-Ray provides a consistently great experience from beginning to end.

This Blu-Ray comes with a notably active DTS-HD 5.1 Master Audio track that brings this world to life in an enveloping way. Dialogue always comes through clearly without being overshadowed by the powerful score or any sound effects. Ambient sounds are precisely placed in the rear channels in an effective manner. The magical effects provide the most visceral level of immersion throughout the series. The series music from Rob Lane perfectly sets the tone for the story which comes through with a nice fidelity. Action sequences and more kinetic moments are given the appropriate weight in the mix with a forceful showing in the low end. The audio presentation here is top notch all around. There are optional English SDH subtitles provided. 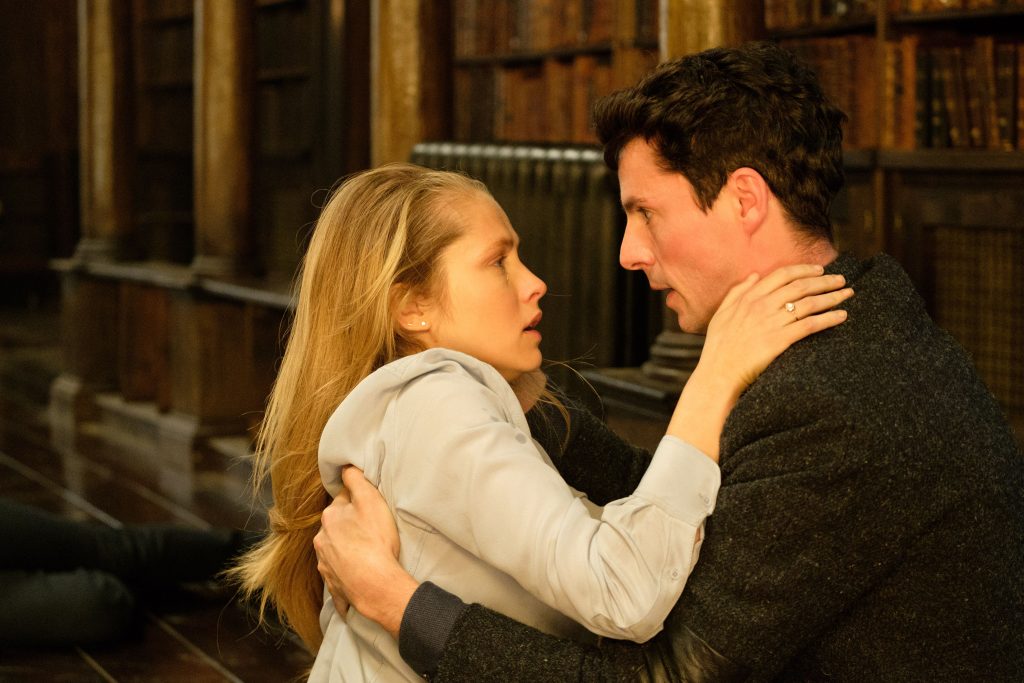 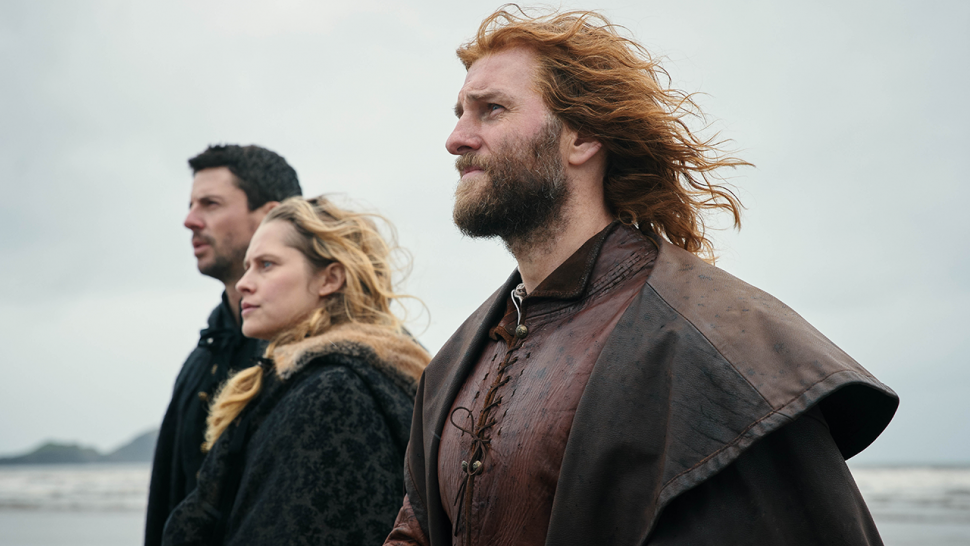 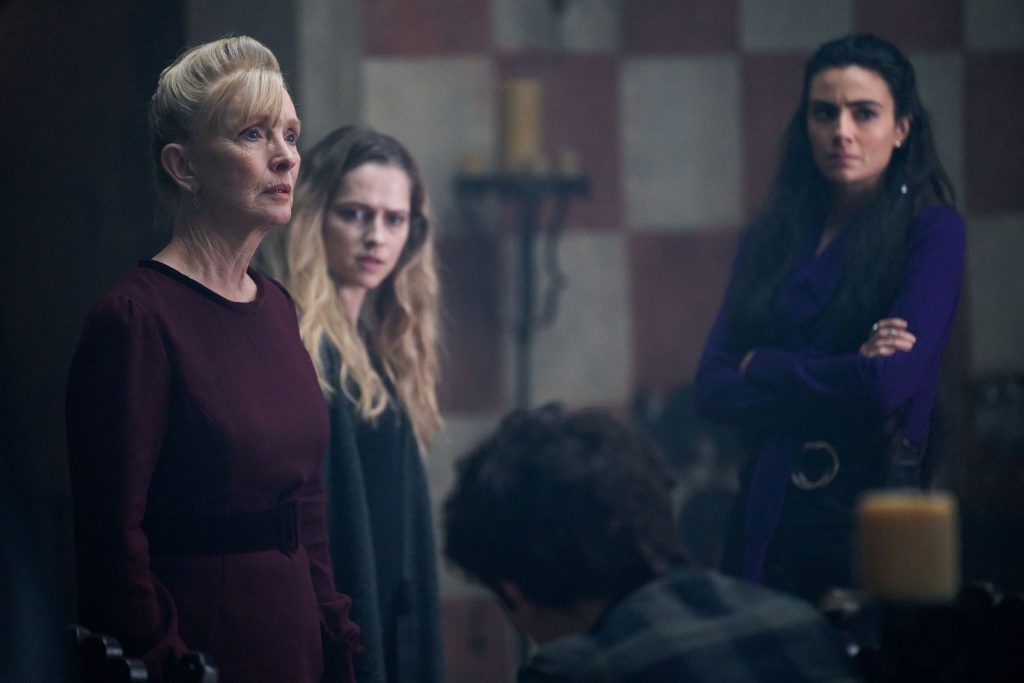 A Discovery of Witches is a standout fantasy series for those who appreciate a narrative that is more focused on characters. The core romance at the center of these three seasons is quite captivating as the passion sizzles at just the right temperature. There are moments along this journey that can be a bit bumpy, but overall this makes for a very comforting viewing experience. The magical elements of the storyline are passably engaging, but it is never quite as interesting as the evolving character dynamics. The level of care put into crafting this series in terms of costumes and production design never waivers. RLJE Entertainment has released a Blu-Ray set featuring a great A/V presentation, a decent assortment of special features and some fun packaging. If you are a fan of the show, this set should not let you down. Recommended

A Discovery Of Witches: The Complete Trilogy is currently available to purchase on Blu-Ray and DVD.