AEW ‘Double or Nothing’ Was Almost A Home Run 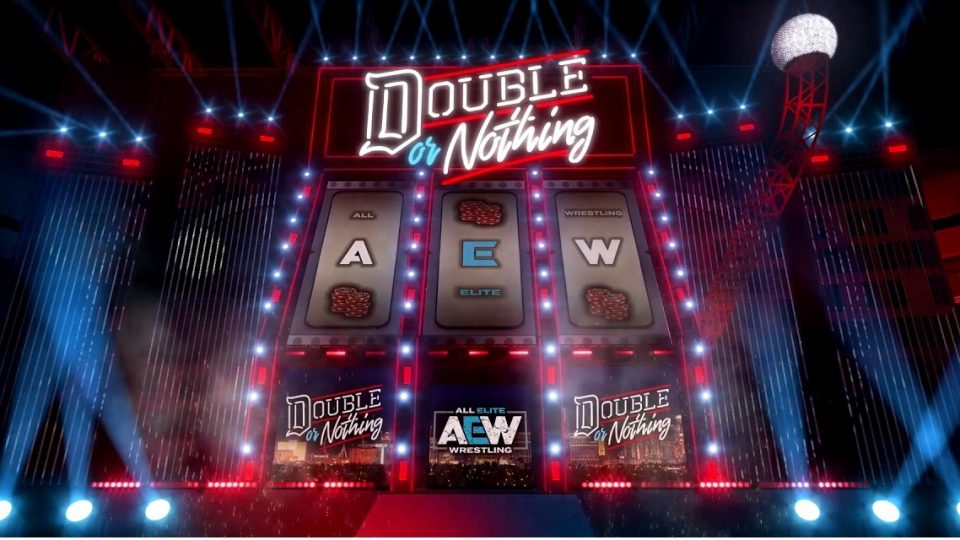 We never knew how much we missed fans until we heard an arena full of wrestling fans again. We got a preview of what a full arena might sound like when WWE welcomed us back to WrestleMania 37 in March, but even then, the arena was less than half full. Daily’s Place in Jacksonville, Florida, was packed to the seams when All Elite Wrestling gave us Double Or Nothing 3, and it felt like it. The fans were loud, proud, and seemed to be excited by everything they saw. They had every right to be. That was almost a perfect show.

Let’s start with the good. The tag team match between the Young Bucks and Jon Moxley and Eddie Kingston was outstanding. The reaction Kingston got from the crowd clearly meant a lot to him. Kingston’s rise to prominence with AEW at this late stage of his career has been a heartwarming tale, and even Moxley’s wife Renee Paquette is happy to tell the press that her husband has rediscovered his love of wrestling since freeing himself of the shackles of WWE. On the other side of the ring, we had the Young Bucks, who have proven time and again that they deserve all the hype and praise that was thrown their way earlier in their careers. This was an instant classic of a tag match that solidified the legitimacy and legacy of the Bucks while doing nothing to harm their opponents’ shared reputation as genuine tough men.

Also in the “very good” category was Hikaru Shida versus Britt Baker for the AEW Women’s World Championship. Almost everybody in the arena expected a title change here, and we got one. So often in wrestling, a predictable result means a dud of a match, but Shida and Baker had us on edge the whole way through. When Shida kicked out after being curb-stomped on the title belt, even the viewers at home jumped out of their chairs. For a moment, we all believed Shida would keep the title after all. She didn’t, of course, but the wrestlers managed to create enough doubt in our minds to make us forget our preconceptions for a moment. It was a tremendous women’s wrestling match. It’s just a shame it was the only one on the card.

Just as almost everyone believed that Britt Baker would become AEW Women’s Champion before the bell rung, most people believed reigning AEW Men’s Champion Kenny Omega would retain his title going into the event. Again, that’s exactly what happened – but the ride that he, Pac, and Orange Cassidy took us on to get there was a memorable one. Triple threats are notoriously difficult – so much so that most pro wrestlers hate them. They usually involve one wrestler being out of the ring while the other two fight each other, with the three parties involved swapping roles as the match goes on. This match never felt like that. It was as fluid and exciting a triple threat match as we’ve seen in years. When Cassidy threw Pac out of the ring after that Black Arrow, thousands of people believed – even if only for a fraction of a second – that he was going to steal the win. This match was so much better than it looked on paper.

There were other high points, too. Sting rolled back the clock twenty years as he and Darby Allin took on Ethan Page and Scorpio Sky. Miro and Lance Archer had a hugely entertaining “hoss fight,” as did Adam Page and Brian Cage. After the good, though, there was the bad. 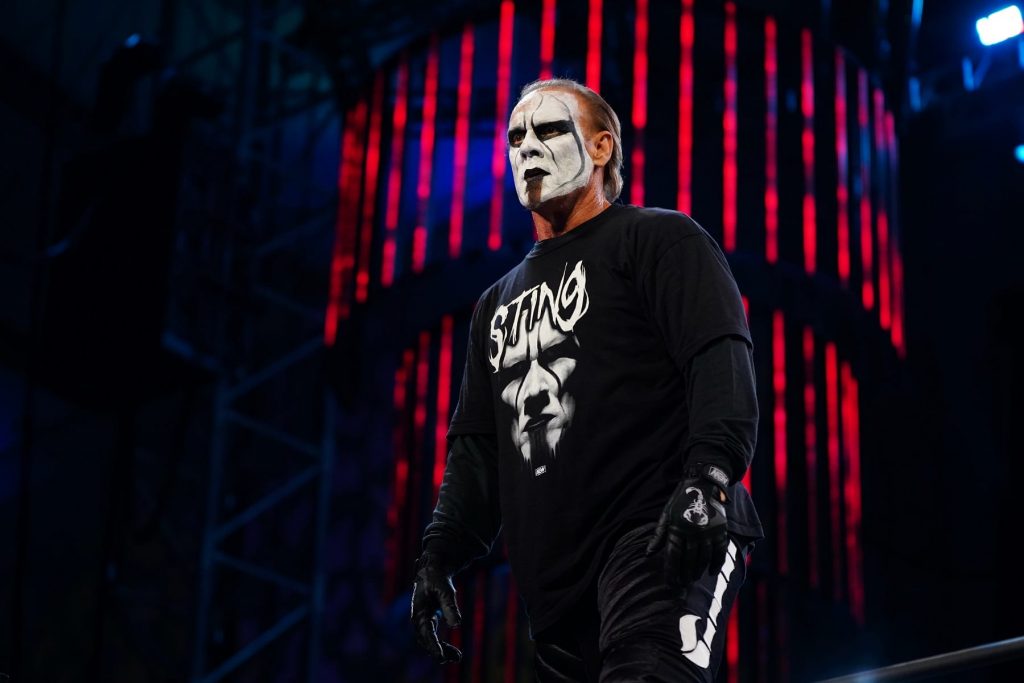 We’re going to start with the casino battle royale. The casino theme is hugely important to AEW. The company was born from a casino-themed pay per view. Casino imagery is the whole crux of “Double or Nothing” as a pay-per-view. AEW has even released an online slots game for mobile phones before it’s managed to release a proper video game. We have no idea if there’s a huge audience for that online slots game. Even if there is, it probably says more about the number of people who find themselves drawn to Rose Slots NZ and sites like it than it does about AEW. Our point here is that the company probably shouldn’t use the casino theme for everything, and that includes battle royals. Having groups of people come to the ring at once leads to confusion about who’s in and who’s out. Things got so bad at one point that even the commentators weren’t sure who was still legally in the match. In the past, the “joker card” entry has been used as a means of debuting new signings, but when the crowd is hoping for Bryan Danielson or CM Punk and gets Lio Rush instead, it’s probably time to give the gimmick a rest. Save it for the online slots instead.

Next on our list of displeasure is the Stadium Stampede match. We want to be very clear here that our issue is not necessarily with the match itself. It was very entertaining, and everyone involved in it worked hard. We popped just as much as anybody else did when Konnan showed up. Our issue is with the placement of the match. This didn’t need to be the main event. By making it the main event, AEW achieved two things. Firstly, they telegraphed the ending of the AEW World Championship match. Secondly, they put a match that mostly happened outside the arena into the main event. That felt wrong after watching such a great card of wrestling and must have made the going home part of the night a little flat for the fans in the arena, too. Watching the main event on a big screen isn’t what you pay your money for, and a match with comedy spots is a poor choice to follow a hard-hitting mini-classic. 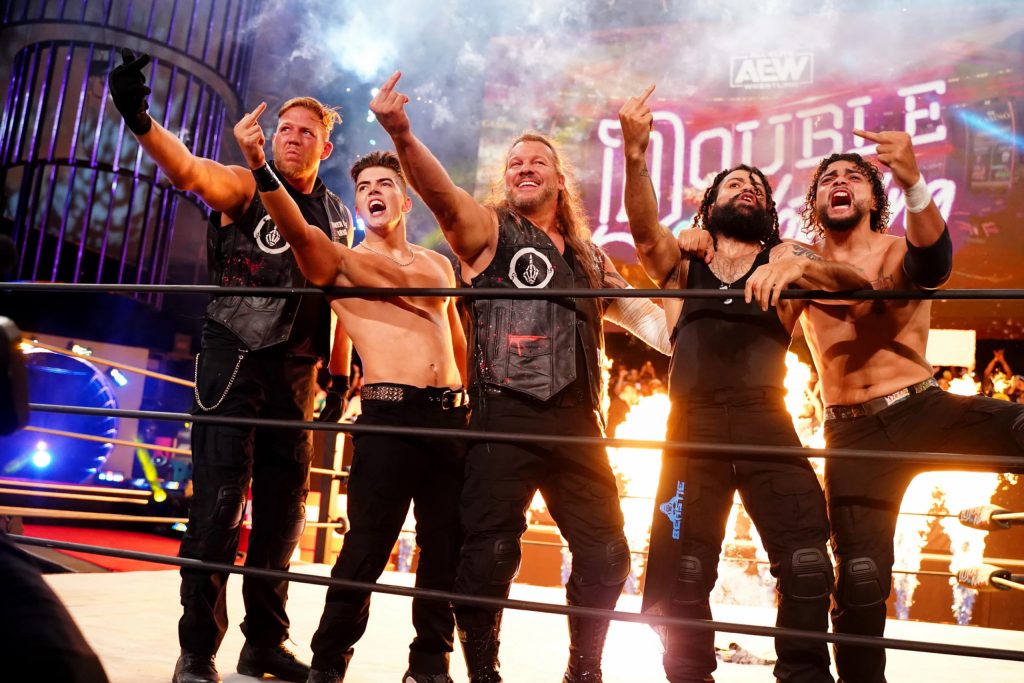 Our biggest bugbear of them all, though, is the ego of Cody Rhodes. Back in the early 21st century, wrestling fans complained about Triple H booking himself to win matches he should have lost. It happened so often that HHH and his “golden shovel” for burying people have practically achieved meme status. Cody Rhodes was in WWE during those years and watched all of that happen, yet he’s now doing it to other people. There is absolutely no way in the world that Anthony Ogogo should have lost a match this early in his run. He’d only had two matches on television and was clearly being built as a major heel with his signature knockout punch and cocky, anti-American attitude. For Cody to borrow his father’s nickname, drape himself in the flag and then dispose of Ogogo with relative ease amounts to the kind of burial that even a prime Triple H would have blushed at the idea of. After such an over-the-top patriotic entrance and promo, Rhodes could have helped to create a main-event level heel with colossal heat by giving Ogogo the win. Instead, he killed the character dead.

Even with Cody’s egocentric booking, this was one of the best PPVs we’ve seen in a very long time. Was it the best AEW PPV ever? That’s not for us to say – but we think it’s in the conversation!