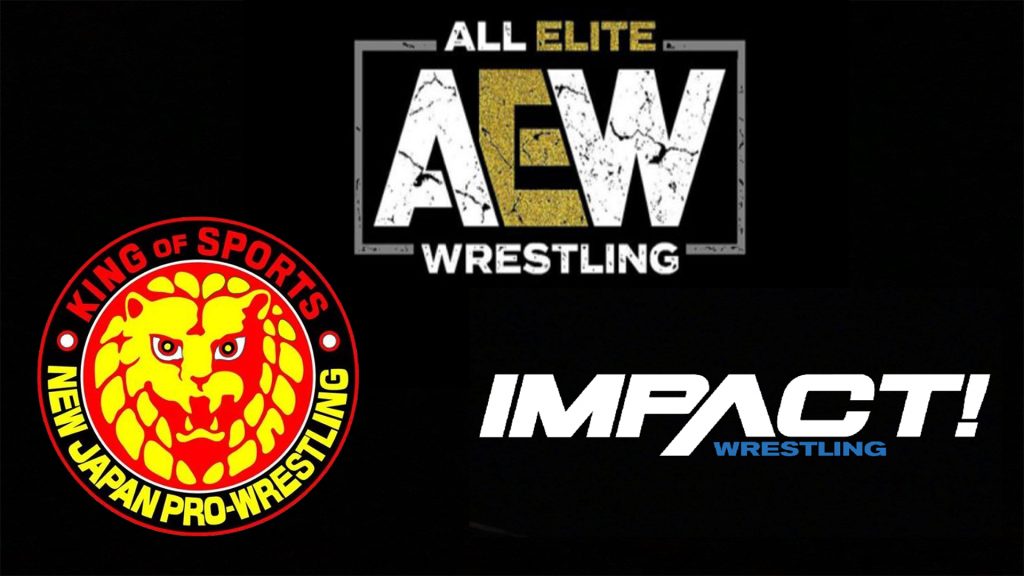 AEW has extended its borders in recent months to include other top professional wrestling promotions. Impact Wrestling was the first to the table, with the arrival of old school Bullet Club  members The Good Brothers. New Japan Pro Wrestling is also involved now, as current Bullet Club member KENTA is in the mix as well.

Fans from all walks of life are talking about this situation and with good reason. Tony Khan’s AEW has made serious waves by reaching out. It’s something that no other mainstream wrestling company has done in the modern era, leading to major speculation. Is a massive super-show in the works?

The roots of this story actually go back to Jon Moxley. Mox is the current IWGP United States champion and has been since January 4, 2020. Jon’s work in New Japan included matches against some of that company’s biggest names. Among those names are Tetsuya Naito, Jay White, Tomohiro Ishii and Minoru Suzuki. Jon’s career resurgence following his stint in WWE made the headlines of the day.

But the formation of AEW lead Mox back to the states on a near full-time basis. When the COVID-19 pandemic struck, it appeared as though Jon was permanently grounded in All Elite Wrestling. While that is still the case, international travel has begun to open back up.

Enter KENTA, who has been carrying a title shot at Moxley’s championship with him since August of 2020. From the moment he won the opportunity, KENTA has been calling Moxley out. Travel restrictions made little difference during the months leading to his arrival in AEW. KENTA was a man on a mission and he would not be denied.

But for all of his talking, KENTA’s words seemed to fall on deaf ears. Moxley didn’t acknowledge it and neither did AEW. Then, without warning, Kenny Omega defeats Mox and suddenly takes off with the AEW World Championship, on his way to Impact Wrestling.

This of course lead to The Good Brothers and eventually, KENTA. Matt Hardy and Private Party competed in Impact at No Surrender and at the end of that event, a surprise was revealed. That surprise was the announcement that former IWGP Tag Team champions FinJuice, David Finlay and Juice Robinson, are on their way to Impact. As time goes on, more and more such surprises are likely to take place.

So what does all of this mean? The fact is that according to Khan, the idea of doing business with Impact began because of Omega. Tony liked the idea and decided to move forward. There’s been no real indication of anything bigger than a handful of crossovers. As far as NJPW’s involvement, it could be something as simple as tying up a loose end with Jon’s U.S. title and nothing more. But what if something big is indeed on the way?

The idea of Kenny collecting world titles the way he would collect comic books is an intriguing one for pro wrestling fans. It opens up a world of possibilities for anyone who has ever followed the sport. Imagining major promotions coming together for a blockbuster event has always been there. Kenny’s potential trek to the Impact World title scene and possibly even back to New Japan, would ultimately be the spark of these three companies doing business on a worldwide platform.

But such an event would not be without its challenges. The pandemic is the primary challenge of course and negotiating around that would not be easy. COVID vaccines are being administered but it’s a slow process. A live audience, which would definitely be needed for this dream event, is a must.

Then there’s the issue of whether or not all three companies could get on the same page behind the scenes. This was one of the biggest reasons why such massive inter-promotional shows never worked in the past. The idea of who should win and who should lose, may or may not matter to the talent. But it could matter to the men behind the curtain, which would present a problem at some point.

Perhaps the most important question for fans is, where is all of this going? Does a World title unification match between Kenny Omega and Impact World champion Rich Swann make sense? Would such a unification be permanent, or temporary? The same question could be asked of Omega versus Kota Ibushi, the current IWGP Heavyweight champion. Kenny and Kota have history and remain close friends. Why not book that match?

What about the undercard on this mega event? Chris Jericho, who had his own runs in New Japan, would most certainly be in one of the top three matches. Kazuchika Okada, Hiroshi Tanahashi, Naito, Will Ospreay, Cody Rhodes, MJF, Darby Allin, Moose, Chris Bey and Willie Mack are all main event talents worthy of inclusion. The same is true of the tag team divisions and the women’s divisions as well.

Maybe the activity that fans have witnessed between all three companies will remain occasional and scattered. Maybe a gathering on the same night in the same place, is simply not possible. Whether or not the super-show will actually happen is anyone’s guess. But the point of it all thus far is the speculation and the crossovers, which continue to increase. Perhaps it’s all just meant to be fun and maybe that’s the point. Only time will tell.