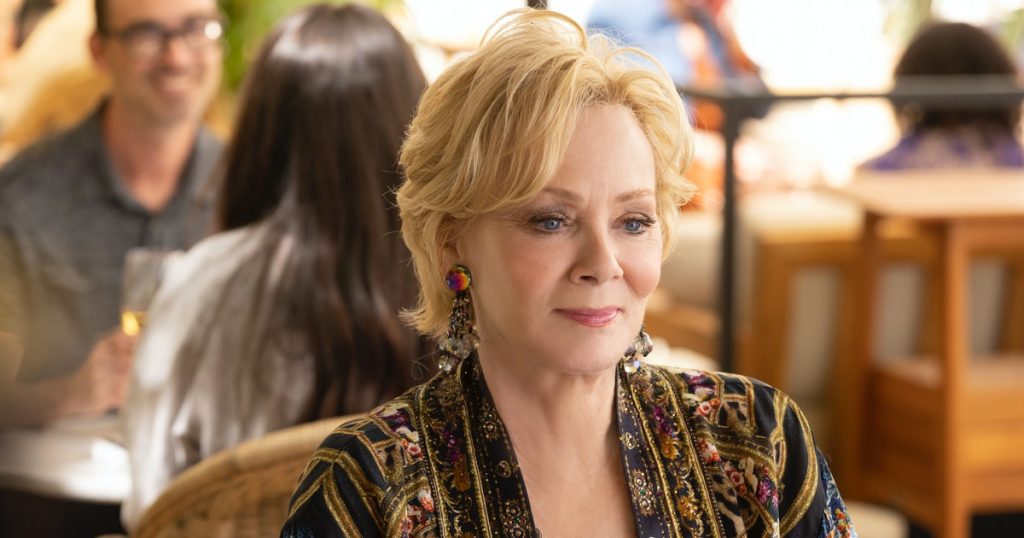 While interviewing her as part of Variety’s “Actors on Actors” series, Martin Short highlighted the particular challenge Jean Smart faced in Hacks playing comedian Deborah Vance. Short notes that Deborah “goes right to the brink of narcissism, but also is massively likable. And it’s a very interesting thing to balance.” The beauty of Hacks, which recently concluded its sophomore season, is that it understands Smart can rule both registers. The writers sculpt Deborah with far too much heart underneath the venom to reach anti-hero territory. Yet, her penchant for treating degradation as sport means she’s always testing the empathy borders. How far will characters around her, not to mention the audience, go with her? A masterful season two allows Smart to examine the fissures Deborah creates.

Hacks season two picks up mere minutes after the closing beats of the season one finale. After a brutal stretch, Deborah and Ava (Hannah Einbinder), her hired writer and pseudo-protege, are on good terms. That equilibrium is threatened by an email Ava sent while roaringly drunk. An email to a pair of showrunners overflowing with damning stories and observations about Deborah’s aforementioned narcissism and bullying. Ava came around, but the email still exists. This season also quite literally takes the show on the road. Goodbye to the comfort of the Las Vegas home base. Their goal is to workshop Deborah’s more raw, personal material on a grueling tour. It’s a proper recipe for putting them all through a merciless schedule.

The masterstroke of casting Smart is that she is an actress of that rare caliber that can leap from uproarious comic timing to devastating dramatic beats with the ease it takes most of us lesser beings to blink. Even more astonishing is her ability to radiate both within the same line readings and scenes. Take a scene in the second episode, “Quid Pro Quo,” when Ava comes clean about the email. As Ava divulges her email transgression to her boss and, well, friend, Smart settles Deborah into icy stillness. Ava obfuscates and tries to undercut the betrayal. She suggests the show “might not even go to series.” But, when she reveals Helen Mirren is slated to star as the fictionalized Deborah, Smart explodes. She screams “Of course, it’s going to series!” and hurls crystals and insults at the dodging Ava.

It’s an undeniably hilarious sequence. Deborah is akin to a bull in a china shop. An angry erupting comedian in a self-help spot probably owned by one of Gwyneth Paltrow’s shell corporations. The physicality and modulation from frigid questions to explosive denigrations revel in the extremities of one personality. It also allows Smart to channel her character’s lifetime of rage. Yes, Deborah has made a career off of castigating others. But, she has also been consistently betrayed by those she loves. Belittled by an industry she should rightfully rule over. That duality is what makes her such a fascinating character, and one that Smart discovers every crevice of from scene to scene. Here she may be throwing rocks at an employee who understandably made a decision based on Deborah’s own viciousness, but Ava’s only a stand-in for every other person who has betrayed her.

For the rest of the season, Hacks explores ways to throw Deborah off. Each episode reckons with buried parts of her history and personality. Her Las Vegas bubble has meant little need for self-reflection. We can reduce each episode to a thesis about what it challenges Deborah to confront. There are the growing pains of stepping away from comfortable material and realizing creativity takes work all through “Trust the Process.” Or, the absolute destruction of Deborah trying to perform on a lesbian cruise in “The Captain’s Wife,” coming face to ass with the reality that she is crushingly out of step with what real feminism is. On and on it builds up to the finale where it’s time for her to bet on herself and record her special. It is a season of crucibles, and Smart anchors every one.

With the news of a Hacks season three renewal, we know that there’s more beyond Deborah nailing the special, selling it to a network, and firing Ava to effectively force the chick out of the nest. If season two meant Deborah embracing her flawed humanity, season three opens the possibility for Smart to play a version of the woman who is suddenly back on top. Not just locked into her Las Vegas residency. Instead, a comedian flying high on a fullhearted embrace of material that luxuriates in her failures while simultaneously celebrating her career. It’s thrilling stuff to think about, even if the finale suggested a separation between Deborah and Ava. Why? Because Jean Smart has already solidified Deborah Vance in the pantheon of great comedy characters. Everything from here on out is a gift she and Hacks deign to give us.

The second season of Hacks is currently available to stream in full on HBO Max.