One of the greatest directors of the 1980s, John Landis (The Blues Brothers, Trading Places), expertly combines macabre horror with dark humor in the lycanthropic classic, An American Werewolf in London. American tourists David (David Naughton) and Jack (Griffin Dunne) are savaged by an unidentified vicious animal whilst hiking on the Yorkshire Moors. David awakes in a London hospital to find his friend dead and his life in disarray. Retiring to the home of a beautiful nurse (Jenny Agutter, Walkabout) to recuperate, he soon experiences disturbing changes to his mind and body, undergoing a full-moon transformation that will unleash terror on the streets of the capital… An American Werewolf in London had audiences howling with laughter and recoiling in terror upon its cinema release. Landis’ film has gone on to become one of the most important horror films of its decade, rightly lauded for its masterful set-pieces, uniquely unsettling atmosphere and Rick Baker’s truly ground-breaking, Oscar-winning special make-up effects. Now newly restored and presented with an abundance of extra features, this big beast of horror can be devoured as never before…

For thoughts on An American Werewolf In London, please check out our discussion on The Video Attic:

Arrow Films presents An American Werewolf In London with a tremendous 2160p transfer in its original 1.85:1 aspect ratio sourced from a 4K restoration of the 35mm Original Camera Negative and graded in 4K HDR/Dolby Vision. You really cannot go wrong with the application of Dolby Vision for increased color output that should be lauded for the nuance it brings to this picture. The new restoration features some colors in the clothing and production design that really stand out with a dazzling vibrancy like the bright red jacket that David wears. This disc handles every carefully curated choice from Landis with ease. The black levels are outstanding with nothing in the way of crush present, and white levels are flawless with no evidence of blooming. Landis captures some striking compositions within his framing which are a joy to explore with this disc. This presentation never lacks for something to appreciate.

With the core transfer, you will not find anything in the way of print damage. Unlike the older Universal release, this new restoration is respectful to the original look of the film with the added resolution making elements seem more natural and lifelike. The grain resolves well with no fluctuations detected at any point, even if some of the optical shots can take a slight turn towards the chunky. The texture on display in the costumes and within the setting are a revelation. The makeup effects likewise blend naturally which brings the horrific images to the forefront with beautiful clarity. When it comes to the encoding, there are absolutely no jarring digital anomalies such as compression artifacts, banding or any other such nuisances. The level of detail and clarity is stunning with the perfect amount of natural film grain intact. This presentation is another five-star effort from the crew at Arrow Video.

The 4K UHD Blu-Ray of the film comes with a DTS-HD 1.0 mono track and a DTS-HD 5.1 Master Audio track, both of which represent the film quite capably. The latter track was newly remastered by Arrow Video to correct a pitch error introduced in the original mix. While we are prone to stick with the original audio when given the option, the surround track is very respectful of the artistic intention. The environment of both the rural countryside and the city creates a din of sound that creeps through to provide some excellent ambient details. The dialogue itself comes through perfectly clear without being overwhelmed by the sound effects or score. All of the various sounds in the mix seem accurately rendered so that nothing ever feels off. There are moments after the transformation that add some notable intensity without becoming a muddled mess in the action. The memorable score brings a very distinct mood to the proceedings that is represented well in the mix. Everything is presented with a strong fidelity that garners no complaints from us. This presentation is mostly free of any hiss or other age-related wear-and-tear. Arrow Video continues to churn out great work. 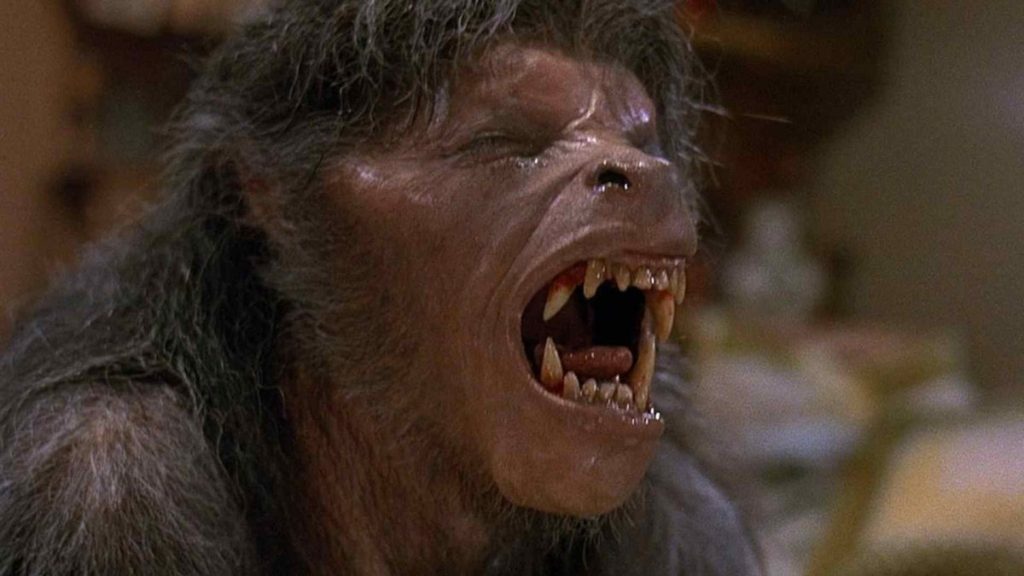 An American Werewolf In London is a classic genre picture which rewrites many of the beliefs about what should or should not be in a horror picture. The film is very unsettling at numerous points throughout the story, but director John Landis does not ruin this atmosphere with the humor he brings to the film. On the contrary, the perfectly utilized humor adds the perfect balance to the narrative which relaxes you enough to feel a jolt of excitement when the next terrifying moment hits. Arrow Video has released a 4K UHD Blu-Ray featuring a can’t-miss A/V presentation and a grand amount of special features. If you are a fan of the film, this release is a dream come true. Highly Recommended

An American Werewolf In London is currently available to purchase on 4K UHD Blu-Ray. and Blu-Ray