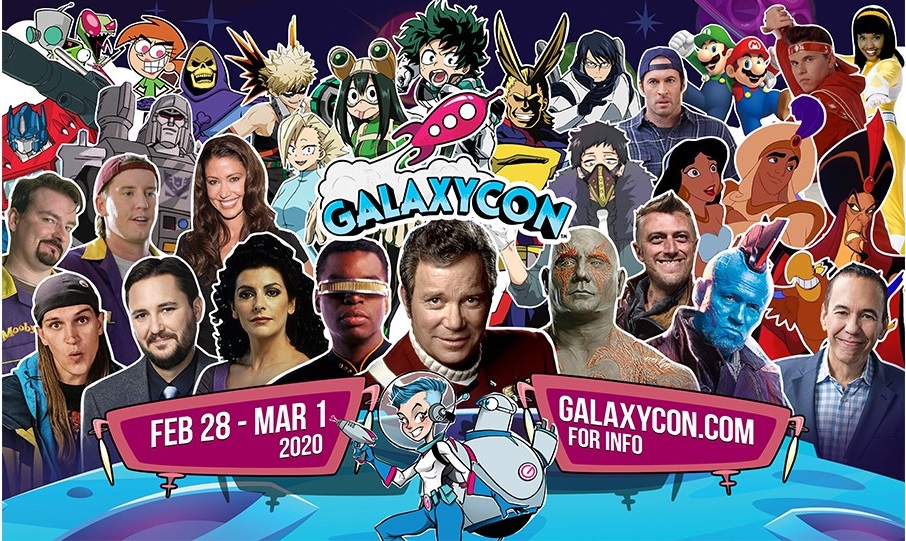 So now that the Richmond GalaxyCon has reached its conclusion, the question is: Was it fun? From everyone I talked to during the event, the answer was YES! Their were some cancellations of guests due to scheduling conflicts or Corona Virus issues, but overall it was a nice time. So what all did I see? 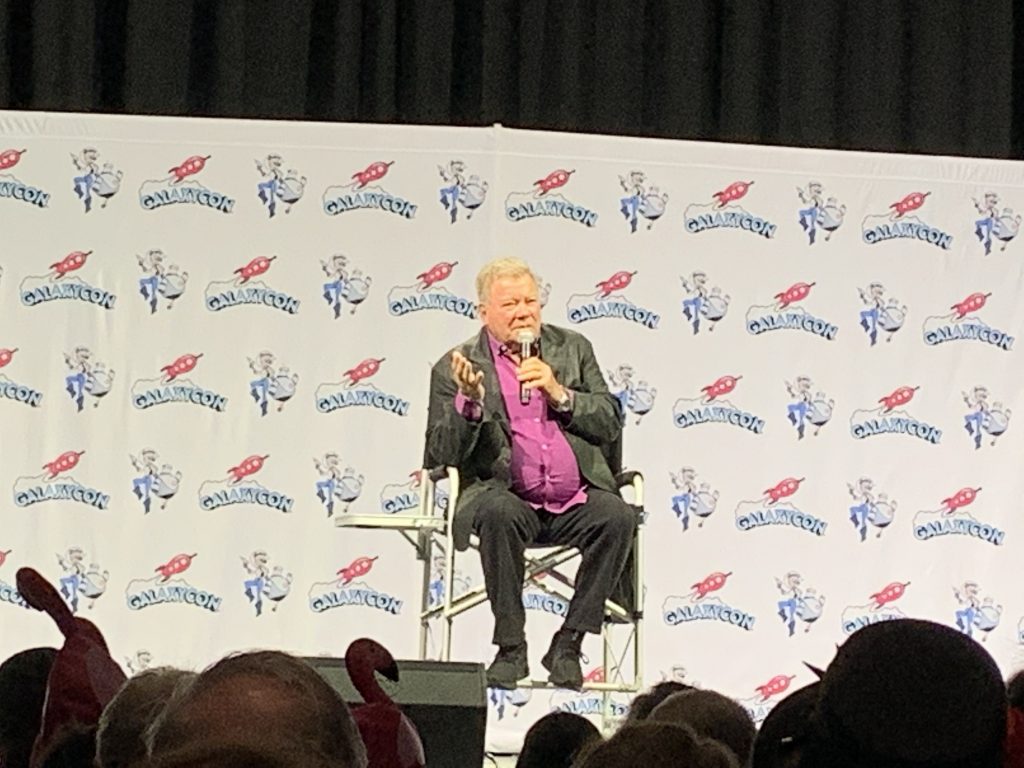 From there my wife and I headed to the main floor where the Main Event is staged. Vendors, Creators, Celebrities, and Wrestlers were all spread about to challenge your directional skills. All types of crafts and art were available for your perusal as well as some sweet treats to tempt your will power. We obviously don’t have any as we purchased a bag full of mixed fudge. Well, actually we showed SOME restraint. There were over 10 variety’s and we only took 7. Go US!

My real goal down here for today was the Creators section. I have not made it any secret that this is my favorite section at any Con I have attended. Like minded individuals with Uber talent and the willingness to talk to anyone who approaches their table. Some of the attendees this year were repeat visitors from last year. The nice thing about that was it was like revisiting friends.

I talked once again to Paris Cullins who we were fortunate to interview last year. He is still pushing the pencil and working on new projects that we will hopefully review in the coming months. I also talked with Comic veteran Tom Grummett. He worked in the iconic Death of Superman series so I had him sign my compilation edition. Including Brett Breeding last year, that’s two down and 10 to go. Hopefully, we will hook up for an interview with Tom in the near future. As it was he was very accommodating,  even letting me get a picture with him. Too cool. 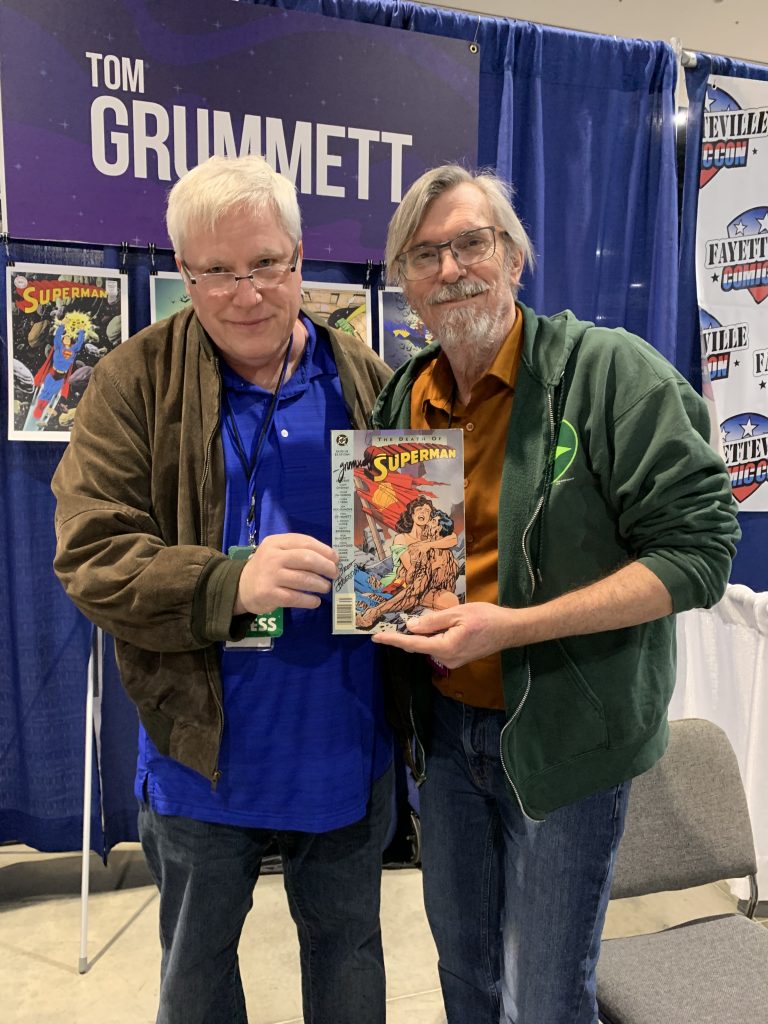 So from there, we visited with Alex Saviak, another great comic book veteran. Seeing as I am pretty much the senior (in age, not longevity) member of our happy creative group at GVN, I tend to seek out the long time veterans of the craft. Translated as the ones that I remember in my youth. Artists like Grummet and Saviak and Cullins laid the ground work for those who have followed. It’s the main reason why I love to tell their stories. But not to leave the current crop of creatives out, we also visited with Jeff Lemire and Ray Fawkes and had them sign their books Black Hammer Secret Origins and Ragman. By the time we were done it was time to saddle up and start again on Sunday.

Sunday was Q&A day with three different ones on our schedule. First off was the cast of Smallville with   Tom Welling, Erica Durance, Michael Rosenbaum, and John Glover. They were a loose, relaxed group lead by their apparent ringleader Michael Rosenbaum. He decided to announce each participant in his best announcers voice as they came out for the panel. In fact, toward the end of the panel he went down to the line of questioners to help speed them along. He was energetic, and boisterous and ruled the room. In addition, he apparently was also a psychic.  As he looked at the front row, he picked out a young man who to his estimation , didn’t want to be there. In fact, he seduced that he had never seen Smallville before. And that was he was just there for his family.

From there we had a couple of hours before LeVar Burton and Armin Shimmerman’s Q&A so we want back down to the main floor and basically just looked around. We did however, take some time to talk to Michael Kingston, writer and creator of the wrestling comic Headlocked. This title has the distinction of using actual wrestlers to contribute to its stories. Jerry “the King” Lawler does the cover art while other wrestlers have done the inner art. Mr. Kingston has also agreed to talk to us for a future interview so we have that look forward to. In the meantime, after Mr. Kingston signed his books, The King did as well. 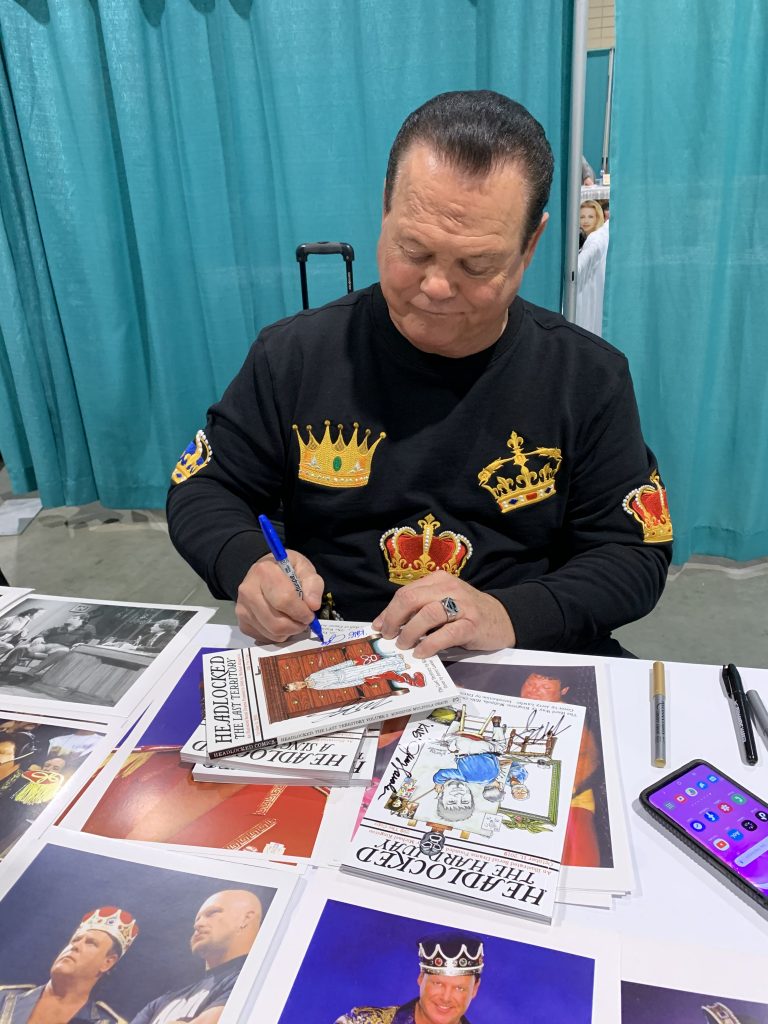 As he signed we talked about his Memphis wrestling roots and his time wrestling in Arkansas. Back in the day, I lived in Jonesboro, AR and watched Memphis Wrestling every Saturday with Jerry Lawler. It was hosted by the late Lance Russell and Dave Brown who was also a local weatherman. So it was cool to talk to him.

By the time I was done with reminiscing about Memphis wrestling it was almost time for Levar Burton. On the way we stopped by and took some pictures of the KNIGHT RIDER car KITT. 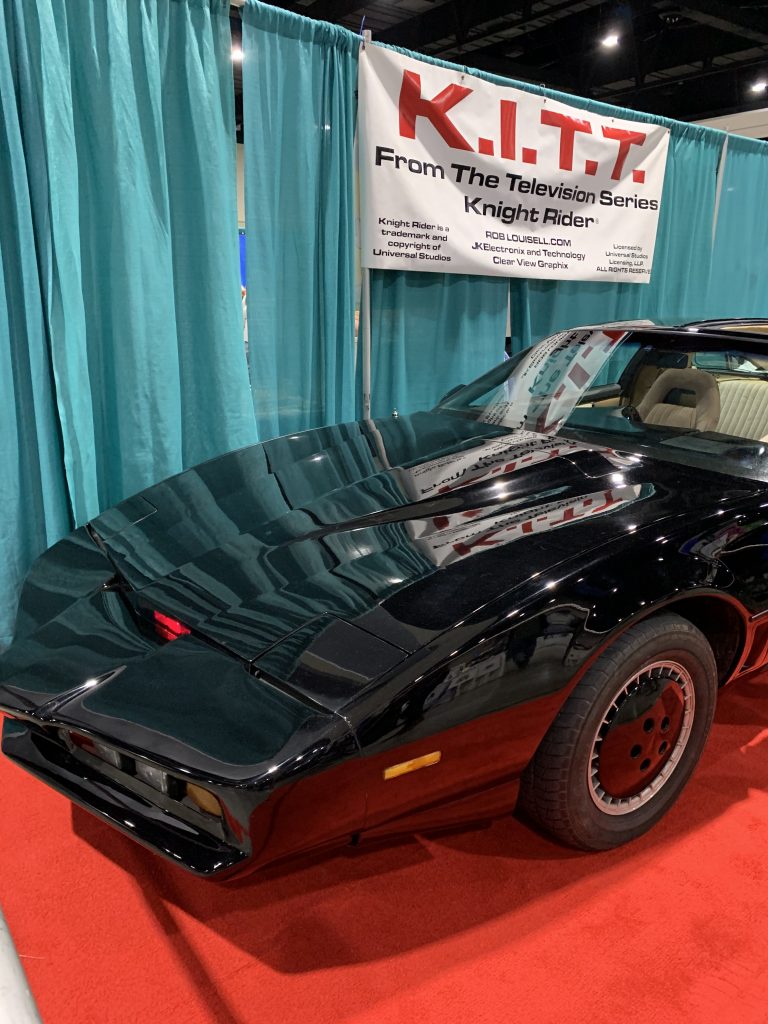 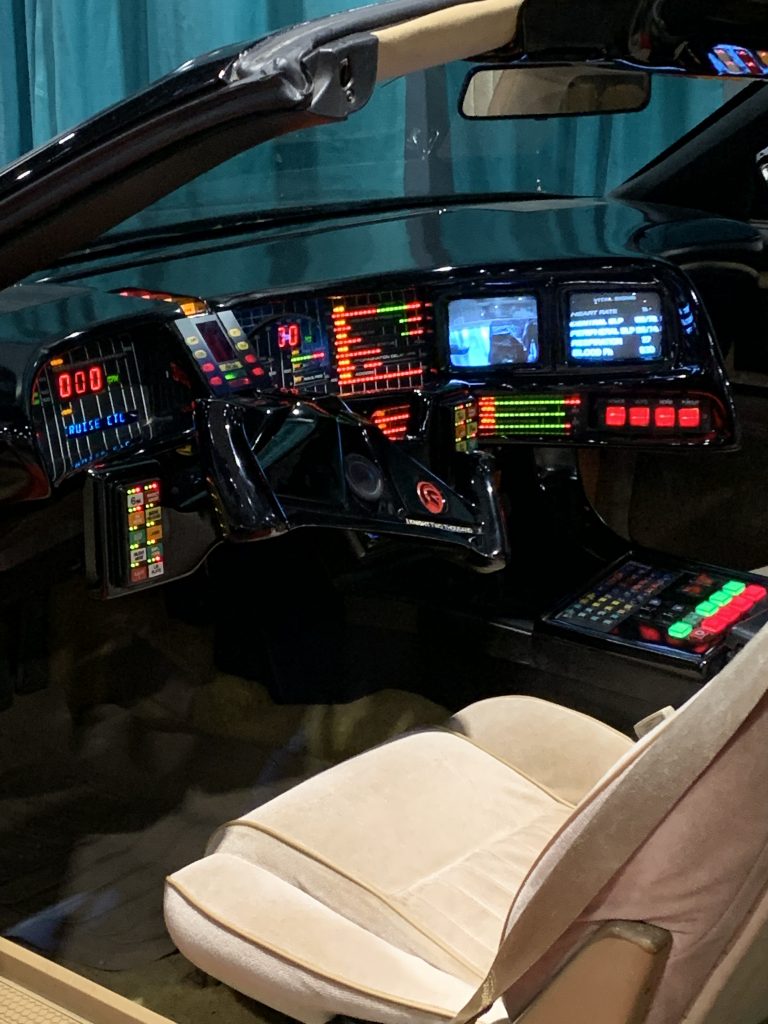 Now it was time for Levar Burton. He was energetic and eloquent (as might be expected with the former host of Reading Rainbow). He was also quite funny as all of the former Star Trek cast members seem to be (see William Shatner). Eventually someone asked him what it was like to work with Patrick Stewart. He had some fun with it before answering.

Not long after Lavar finished it became Armin’s turn. Armin is a storyteller par excellence. Of course. he is talking about one of my favorite subjects so he already has a willing audience. As one might expect with the recent deaths of cast-mates Rene Auberjunois and Aaron Eisenberg, a fan asked about his remembrances.

Once Armin was finished, our time was done. We had a great time and the GalaxyCon folks were on top of their game as always. So thanks to them and to the city of Richmond for another great event. Next stop: Raleigh.

We hope you enjoyed our coverage of GalaxyCon. Share your thoughts about what you liked or what you would like to see during our coverage with us at GeekVibesNation.