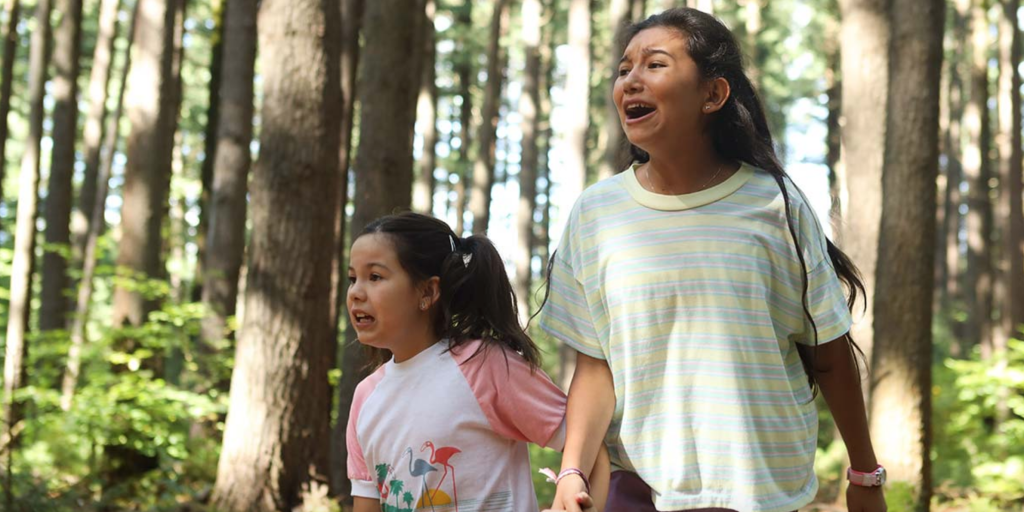 Tracey Deer clearly remembers the moment she decided she wanted to be a director: the summer when her idyllic childhood in the Mohawk community of Kahnewake, located in Quebec, Canada, was disrupted by an armed standoff between Indigenous community members and the national government. This conflict, which would eventually become known as the Oka Crisis, was a pivotal historical moment in the fight for Indigenous sovereignty and rights. Though Deer did not know how to process her emotions at the time, she knew that she had to document it one day. In short, she knew she had to become a director.

Decades later, Deer has achieved her childhood dream, releasing her debut feature film Beans in 2020. At its strongest, her film is a grounded, powerful document of the movement that defined her childhood that is packed with memorable moments and well-defined characters.

The film is set in 1990. 12-year-old Beans (Kiawentiio) has just returned home after an interview at the elite Queen Heights Academy, and learns that a golf course has been planned on a Mohawk burial site. Her Mohawk family—including mother Lily (Rainbow Dickerson), father Kania’tariio (Joel Montgrand), and little sister Ruby (Violah Beauvais)—eagerly join a group of protesters blocking the course’s construction. However, riot police arrive to forcefully dispel the protestors. A shootout breaks out, and an officer is killed. The fallout is immediate. The Mohawks barricade their roads, barbed wire is laid dividing Mohawk and Canadian land, and the government sends the army in instead of ceding to demands. The Oka crisis has begun. 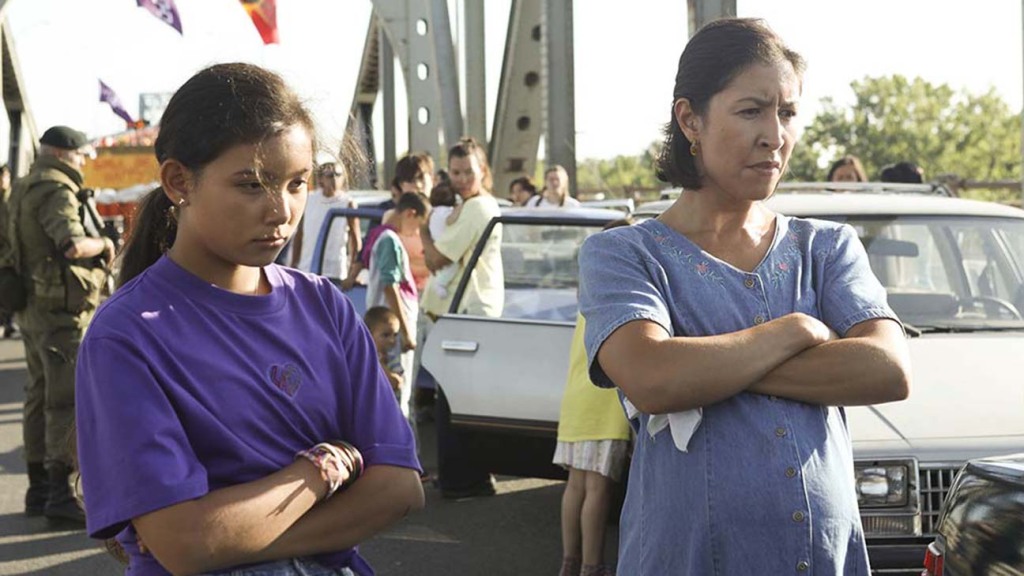 The protests initially start with a blend of spirited optimism and defiance: Beans and Ruby eagerly help the Mohawks construct a makeshift barricade just meters away from where the Canadian police are stationed, and camp in a tent together. As the weeks pass with no resolution in sight, however, the racism and tensions with the local white Canadian community erupts. Beans and her family are chased out of grocery stores, hounded by angry mobs, spat on and called “savages”; at one point, they encounter a Mohawk effigy being burned in the street. Against this tense backdrop, Beans must navigate both her preteen identity and the conflict she has become embroiled in.

Though the film serves as coming-of-age story for Beans, its ability to evoke historical events on a painfully personal stage is its greatest strength. At times, the film feels documentary-esque: exposition on the period’s historical context is delivered through the archival footage montages that punctuate the narrative. Deer, however, is much more interested in bringing the grainy footage to HD clarity, allowing the audience to directly experience the most crucial- and brutal- events in the uprising through the eyes of Beans and her family. 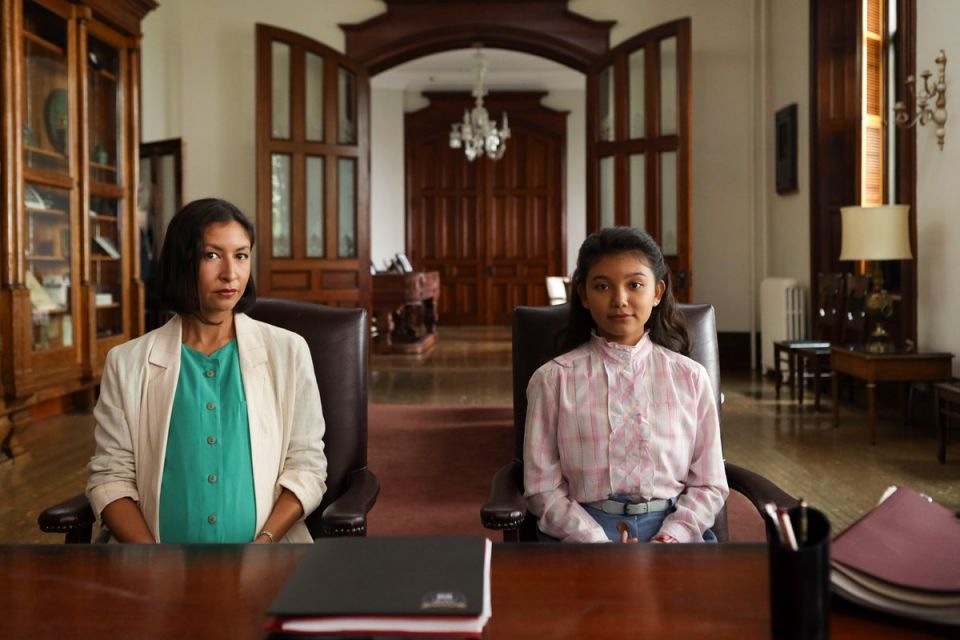 At these points, the film ratchets the tension up to nearly unbearable heights. A pounding soundtrack thrums in the background. The camera moves with physicality and urgency, the cuts lingering but snappy. In one particularly claustrophobic, chaotic scene, the family car is attacked by a furious, rock-throwing mob as mother Lily drives the sisters out of Mohawk territory. Beans and Ruby curl on the car floor as glass shatters above them and stones thud near their head. Metal dents. Their mother sobs. Outside, the mob jeers and yells, while the police do nothing to restrain them. Moments like these are effective and intense, leaving a lingering sense of terror long after the scenes have ended.

The movie is also anchored by the genuine chemistry all four family members share. Dickerson brings particular depth to Beans’s mother Lily, who must balance playing a key supporting role in the resistance with protecting her young daughters and helping them navigate the traumatic events they experience. And there is, of course, Beans herself. Kiawentiio plays the character with a perfect balance of naivete and heart, embodying a girl who is caring and kind towards her family, even when she wants to become “tough” due to the hostility and stress she faces in the crisis.

However, the film is also hampered by some of Beans’s more undercooked coming-of-age subplots, which often feel like a diversion from the rest of the plot. These moments border on cliché: Beans tries on her mother’s lipstick, gets in trouble for wearing crop tops, tries to fit in with a group of troublemaking teenagers. There is also her application to Queen Heights Academy; the movie makes a few passing references at the well-worn conflict between parental pressure to succeed and get a good job, and the desire to follow personal passions. But Beans simply doesn’t have the time or space to flesh these ideas out with the same level of depth and complexity as the rest of the film. 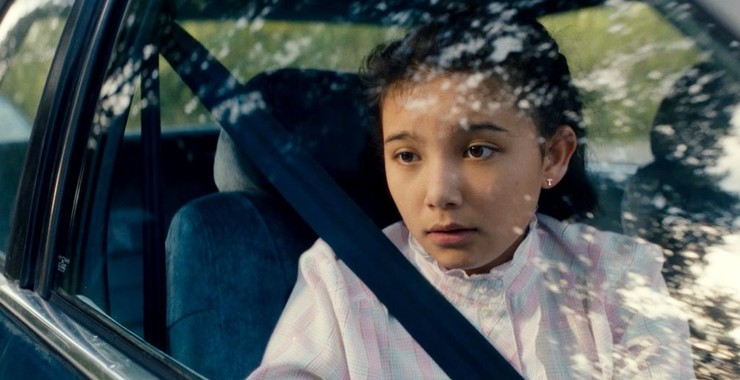 By far the film’s strangest creative choice, however, is its ending. As a whole, Beans is remarkably focused on the failure of the Canadian government to provide justice and reparations for the Indigenous people, as well as the authority’s complicity in racism. But its ending, perhaps unintentionally, provides a clean, individualized vision of a “solution” for these tensions, one where the conflicts that lead to the crisis were fully resolved. In reality, the same deep wounds that undergirded the Oka crisis are still present in Canada. The contested land has still not been returned to the Mohawk people; to quote Mohawk activist Ellen Gabriel, “It’s just like 1990. Nothing has changed.” In general, the rights and sovereignty of First Nations people in Canada remains a hotly contested topic—one that certainly was not resolved when the barricades came down in 1990.

Still, Beans pictures an important path forward— one driven by interracial, cross-cultural solidarity that resists marginalization and racism.  In the film, people from Quebec and around the world turn the tide by supporting the Mohawk cause, forming a coalition that modern-day Canada, which has recently seen Indigenous-led protests once again shake the country, may desperately need. Ultimately, the history portrayed by Beans is strikingly timely. This film will stick to viewers, a constant reminder of the need to meaningfully advocate for a safer and just world alongside marginalized groups.