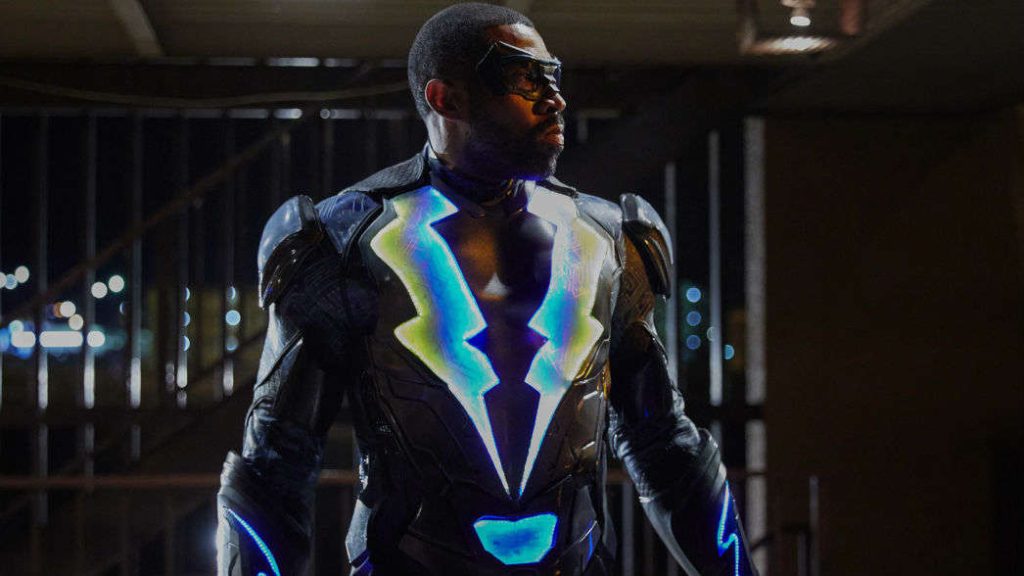 If my previous articles here aren’t indicative enough, I am a HUGE fan of DC and its incredible roster of characters. A few years back, we were treated to a live-action adaptation of one of their lesser-known characters: Black Lightning. As soon as they announced the cast for this show I was on-board; the main reason was Cress Williams. Most known for his roles in Prison Break and Hart of Dixie, Cress was the perfect choice to portray an aged Jefferson Pierce as he returns to crime-fighting after a decade in retirement. I’m not going to spend too much time gushing about how amazing Black Lightning is because I already did that in another article. More important is the man behind the mask.

There’s not much info about Williams’ early life, but we do know that Williams was born to American parents in West Germany in 1970. They would eventually move back to the US, ending up in California. Williams would first attend courses at Fullerton University, performing to much acclaim in productions of Shakespeare’s tragedy Othello and the black comedy Red Noses in 1990 before moving on to University of California in LA and graduating with a BA in Theatre.

Cress Williams is an incredible actor and director that has graced both big and small screens since 1994 getting his start on my all-time-favorite show Star Trek: Deep Space Nine as the first of the Jem’Hadar alongside Avery Brooks and Armin Shimmerman. His character “Talak’talan” would usher in the main antagonistic force of the entire series, and it all hinged on Cress’ amazing performance in the season two finale episode, “The Jem’Hadar.” While he wouldn’t return to DS9, Williams would go on to forge a career for himself as an incredibly hard-working character actor. Consistently from 1994-2000 Williams would appear in no less than three different shows a year, often making multiple appearances per show per year. 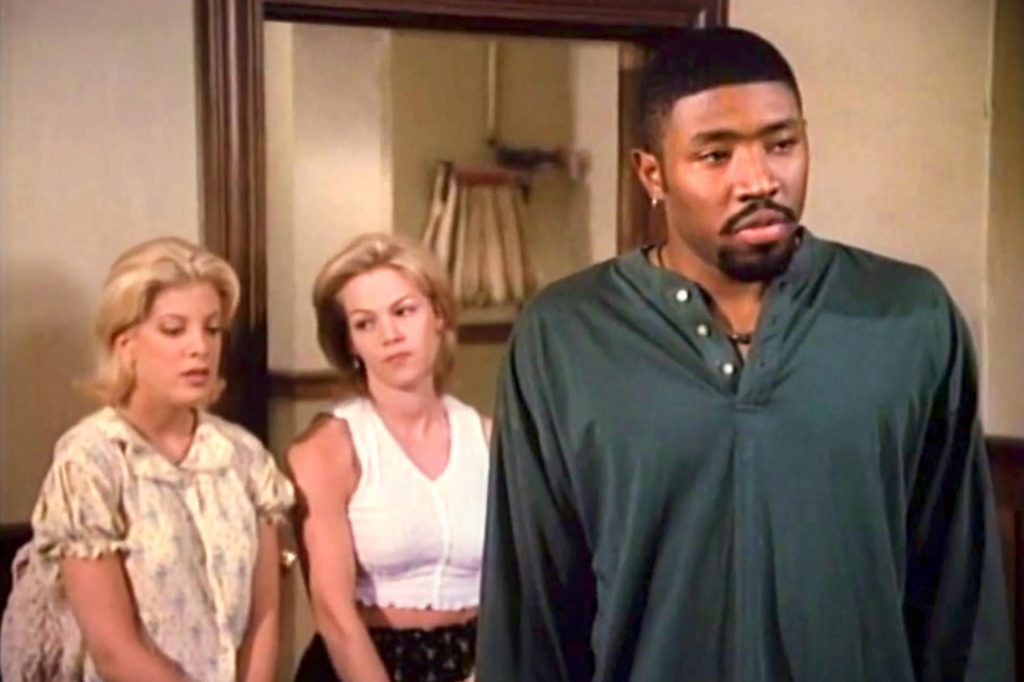 That is one busy man.

You’d probably recognize him as D’Shawn Hardell in Beverly Hills 90210, Silky in NYPD Blue, or as Terrence ‘Scooter’ Williams in Living Single. Or maybe you’d remember him for his appearance in Lois and Clark: The New Adventures of Superman as Baron Sunday like I do. As the 90’s started to come to a close he would land roles in several made-for-TV movies before appearing alongside Denzel Washington in in 1998’s Fallen as Det. Joe. The following year he would also land a role in the cult classic Never Been Kissed.

The new millennium would bring Williams to a new point in his life and he would marry Simbi Khali in mid-October 2000. They would come to have two children together. Juggling fatherhood and his career, Williams would still find time to appear in the made-for-TV movie Masquerade and in episodes of Good v Evil and Sports Night before beginning his tenure on the immensely popular Nash Bridges as Inspector Antwon Babcock. 2001 would see him appear, not just as Inspector Babcock, but also as Dr. Sam Magala in the TV series Providence and as Ace in Pursuit of Happiness starring Frank Whaley and Amy Jo Johnson.

Williams would continue to appear in a host of different TV series throughout the early 2000’s, but by 2005 the world was beginning to catch Cress Fever. He would make recurring appearances in hit shows: Veronica Mars as Nathan Woods, Close to Home as Ed Williams, reprising his role on ER as Officer Reggie Moore, and Grey’s Anatomy as Tucker Jones. No matter what TV series you watched, Williams was probably on it at some point from 2000-2008.

Williams would earn the bulk of his early recognition in the hit series Prison Break playing the Company’s assassin in its final season before it was revisited in 2017. Cress brought a gravitas and calmness to his character that captivated audiences. Having solidified himself in the psyche of the general public for over a decade in parts on everything from The Doom Generation to Law and Order: Special Victims Unit, his appearance in Prison Break would help bring about his most known roles. 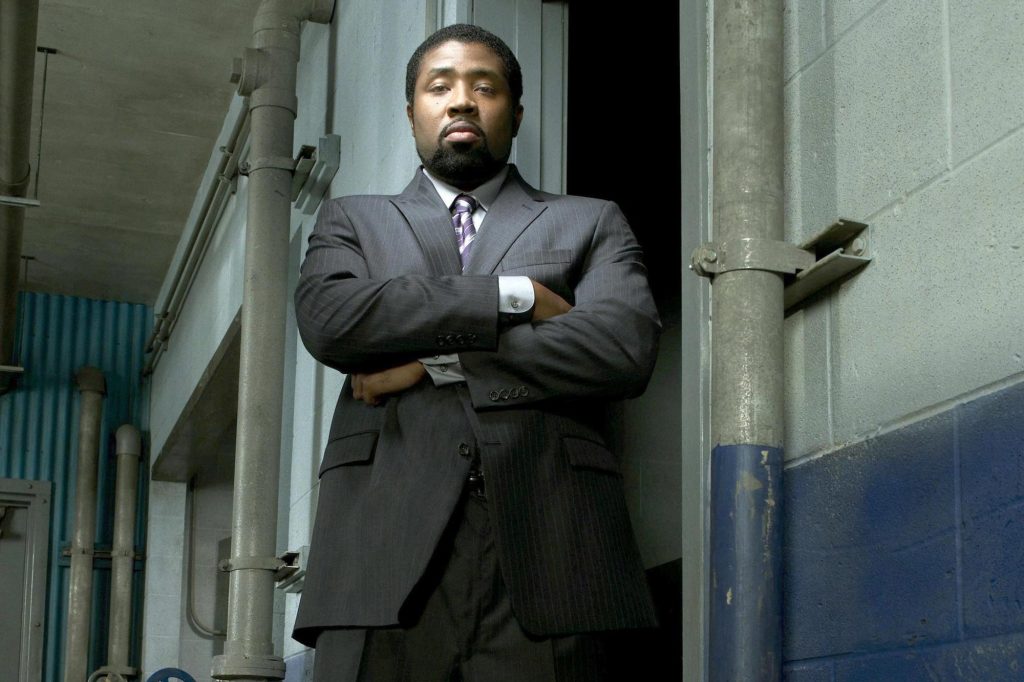 Starting in 2010, Williams would take on the role of Ornette Howard in the TV adaptation of Friday Night Lights. The series appealed to sports fans, and many others, while portraying a grounded and compelling look into small town life. While he was enjoying time on everyone’s small screens, there was unfortunately strife at home. In 2011, Williams and Simbi Khali would divorce. This would take a tremendous toll on Williams, but it wouldn’t slow him down.

That same year, Williams would take on his biggest role yet: Lavon Hayes in Hart of Dixie. This series would put Williams on the map for everyone that had somehow missed him up to that point across its four year run on the CW until 2015. While working on Hart of Dixie, Williams would meet another important figure in his life: Kristen Torrianni, whom he would marry in June of 2013. The two are still married and have since had two children together.

Birth of a Hero

In 2018, the CW brought Williams back for what quickly became one of my favorite superhero shows ever: Black Lightning. Set apart from the other shows in the “Arrowverse,” Black Lightning was able to strike a different chord and walk its own path. For three season, Williams Despite being short-lived, Black Lightning continues to make an impact, not only on the Arrowverse, but on the greater DC continuity. Because of the success of the show, the character of Black Lightning has enjoyed a bit of a resurgence, appearing in Young Justice as a prominent figure since its return on DC Universe. 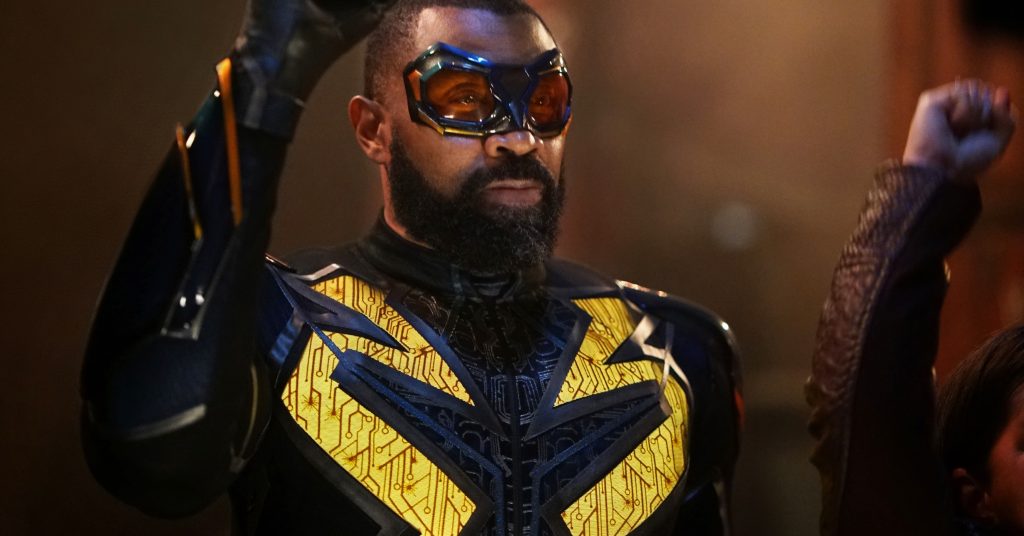 Despite hanging up the mantle of Jefferson Pierce, Williams continues to work with WB and DC Comics. Starting in 2018, Williams became the voice of John Henry Irons/Steel in the two-part animated features: the Death of Superman and Reign of the Supermen. The features would be combined into a later release: the Death and Return of Superman.

Definitely check them out if you haven’t already. HBOMax baby!

Cress Williams has had an incredible career so far, and it’s only looking up. Since the conclusion of Black Lightning, Williams has had the opportunity to pursue multiple films and he’s still got the time to pop in on the Flash for a quick crossover event. I’ve watched him since he first put on 20lbs of prosthetic make-up to become the most badass alien in Star Trek, and I have no intention of stopping any time soon. I have no reason to doubt we’ll be seeing plenty more of Cress Williams as the years go by, and I personally look forward to every bit.