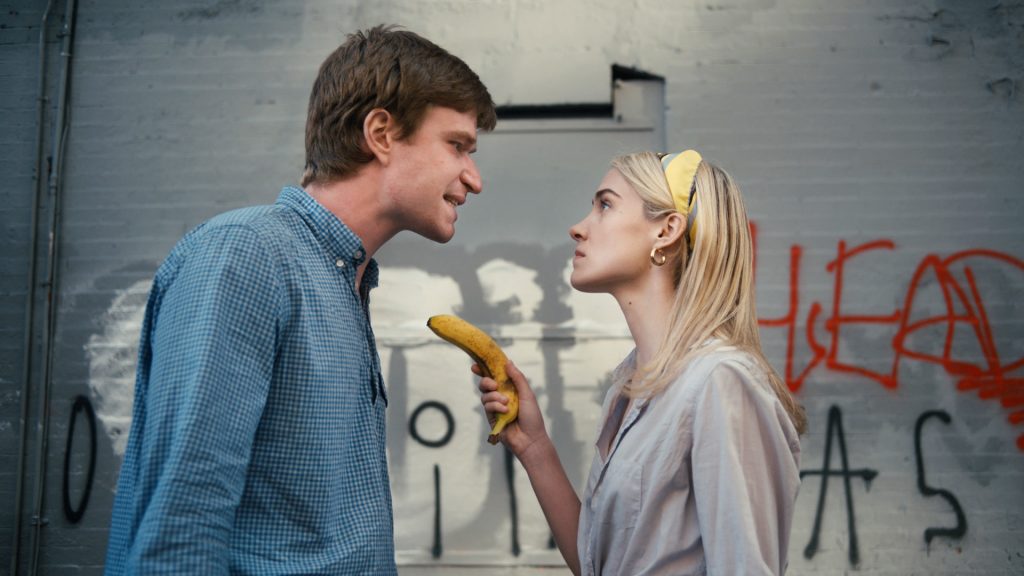 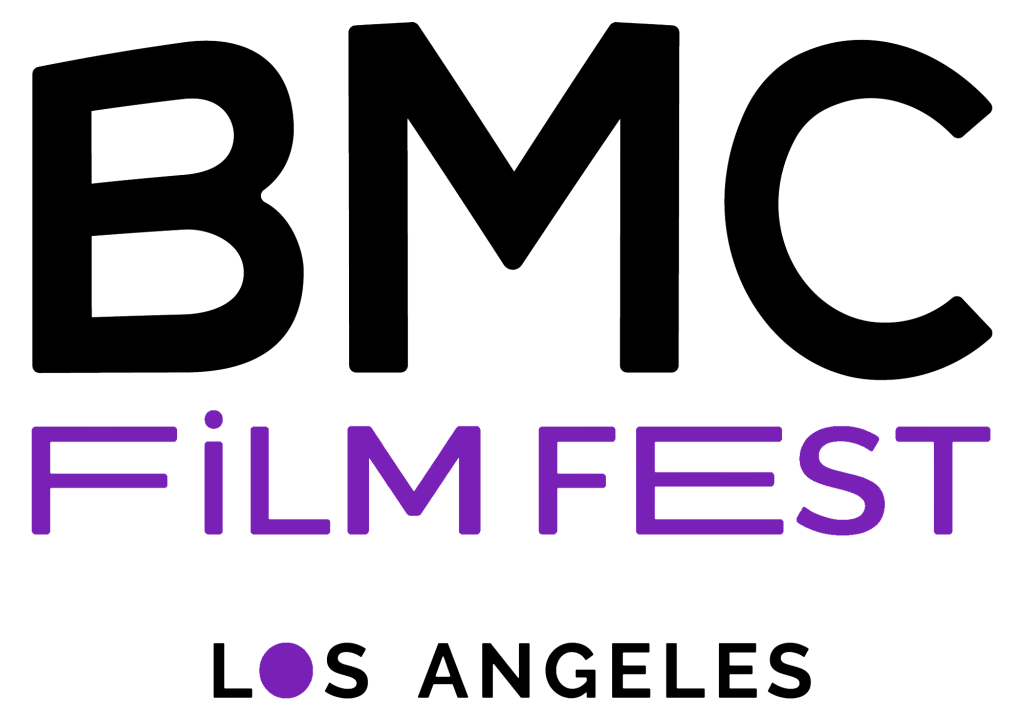 On Thursday, November 10, the Blackmagic Collective (BMC) will host their fourth annual film festival in Los Angeles, California. After three years hosting a virtual event in response to the COVID-19 pandemic, this year’s festivities will take place in-person and for free at Laemmle’s NoHo theater. Spotlighting nine original narrative short films selected by a jury of industry professionals, this year’s finalists represent some of the brightest talents working in the indie film scene today.

Founded in 2019, BMC is a non-profit organization whose mission is to connect filmmakers from all disciplines and experience levels and provide them with the tools and knowledge necessary to succeed in the industry. The Blackmagic Collective Film Festival gives independent filmmakers a platform to screen their work and win juicy prizes, including Blackmagic cinema cameras, copies of the studio-standard screenwriting software Final Draft 12, and more.

“Our focus is to celebrate filmmakers,” says Jenn Page, Executive Director of BMC. “We go after prizes that filmmakers want and need because we want to help them make their next film.”

Page’s sentiment is echoed through many factors that make this festival uniquely filmmaker-focused.

For example, as part of an extended nine-month submission process, one film is spotlighted each month by the festival team as a way of highlighting filmmakers well before the festival begins.

Additionally, all ticket proceeds from this week’s in-person event will be split evenly amongst the finalists (not including those who win the larger cash prizes). BMC’s dedication to supporting filmmakers by all means necessary makes their festival one to watch as it lays the groundwork for future in-person screenings in the years to come.

This year’s collection of short films range from light comedies to high-concept genre pieces and everything in between, each exhibiting a strong, cinematic vision. There’s truly something for everybody at this year’s festival, taking place on Thursday, November 10 at 7:00 PM at the Laemmle NoHo 7. Tickets can be purchased for free at BMC’s website.

Here is a brief guide through all nine of this year’s BMCFF finalists. 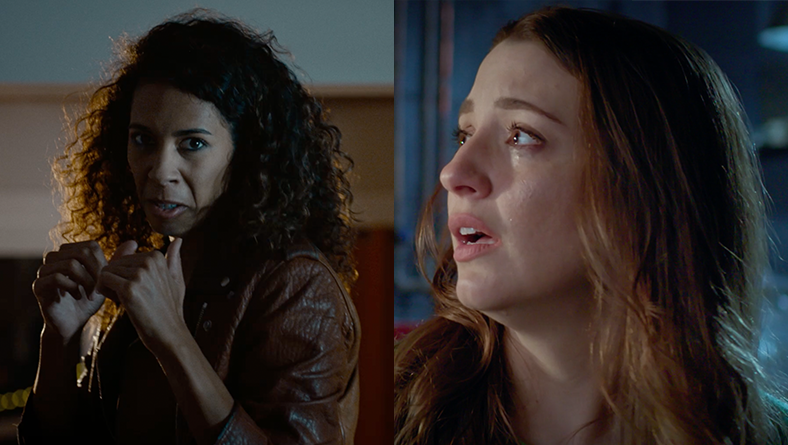 A fellow of BMC’s First Frame Initiative, a program designed to support emerging filmmakers, Jeff Perreca has two comedic crime thrillers featured at this year’s festivals. The first, A Smaller Big Bang, centers on an unhappy couple who have each secretly hired a contract killer for one another. The two assassins confront each other the night of, leading to some unexpected surprises. Featuring solid fight choreography and grainy cinematography, you might just believe in love again as the credits roll.

Caged is a similar two-hander. A lowly henchman has kidnapped a young girl in pursuit of ransom money, only for them to form a bond upon her recounting a throwaway story about her idol, actor Nicolas Cage. It’s a hilarious mic-drop moment, leading to each of them reciting monologues from the film word for word. Actors Brittney Bertier and Michael Gazin make for a solid comedic duo as the woman makes a plea for her freedom. Perreca and Bertier (writer of Caged) both have a knack for undercutting the severity of criminal activity with humanity and humor, making for a solid duology of shorts.

First-time filmmaker Jacob Roberts has cemented himself as a wholly singular voice with Half, a hilarious and heartfelt look at the intersectionality of sexuality and religion. Roberts stars as Jonah, a bisexual, half-Jewish man living in New York City. When he scores a cute Jewish guy’s number, he chooses to come out to his non-Jewish girlfriend, Cate (Annabel O’Hagen), which shakes the foundation of their relationship. Shot with a crisp, cinematic quality by Drew Levin and featuring an irreverent supporting performance from Ryan Vincent Anderson as Jonah’s black-convert-rabbi best friend, Half has already been heavily awarded at queer film festivals across the country and is a welcome addition to this festival’s lineup, not to mention one of its strongest contenders.

They See You, dir. Jared Januschka 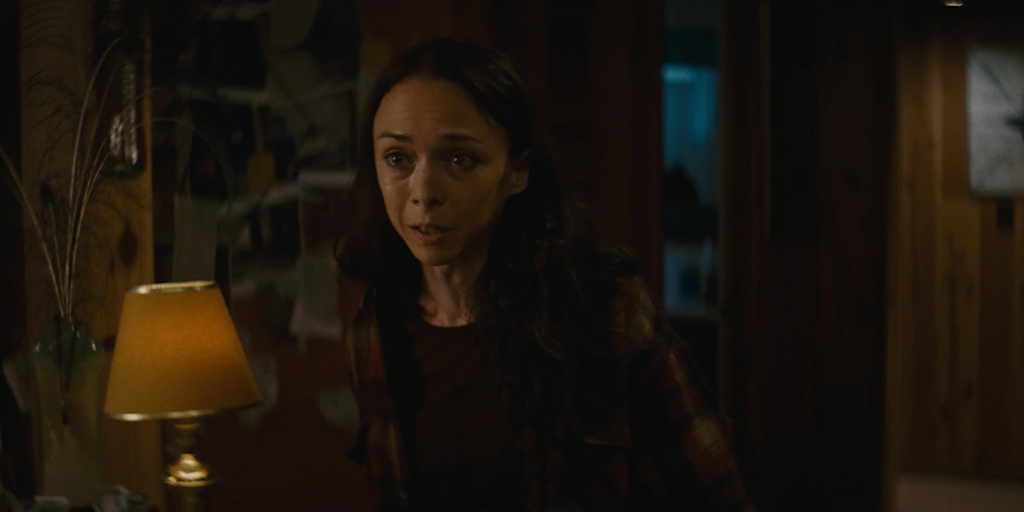 Arguably this year’s most intense entry, Jared Januschka has crafted an atmospheric horror piece with They See You. In the aftermath of their parents’ death after a car crash, Robin is pressured to once again visit her sister, Dana, who is presumed to be mentally unwell following the accident. Unconvinced of the story behind their murder, Dana has attempted to track down the real culprits behind it…and may have finally found some answers. We dare not spoil the third act of this twisted short, but be warned that the results aren’t pretty. Exhibiting impressive prosthetic and VFX work, not to mention chilling sound design, They See You is an immersive experience from beginning to end.

On the other end of the horror spectrum, you have the surrealist horror comedy California Dreamin’, a farcical take on upper class homeownership. One couple goes to visit another who has just bought their dream home in Burbank, but there may have been some side effects. Writer and co-star Eddie Alfano takes quick, fun jabs at the things couples will do for a good deal in the housing market, even if they end up paying for it in other ways. Oozing with a technicolor palette and some truly unexpected body horror, this modern commentary on real estate fuses with a 60s gonzo-horror aesthetic to create something entirely its own. With further expansion, it could fit cozily into the oeuvre of The Twilight Zone.

Continuing in the vein of high concept genre exercises is Checkpoint, Jason Sheedy’s sci-fi thrill ride that will surely satisfy gamers in this year’s audience. Our unnamed protagonist, a character who looks straight out of Assassin’s Creed, attempts to traverse a mysterious desert while discovering new, explosive ways to die with every step. He perseveres toward scattered checkpoints across the wasteland but the journey proves to be difficult regardless. Sheedy’s stellar production value sells his vision on all fronts, including extensive VFX, strong camerawork, and a number of convincing uses of a body double. Already decorated at several other festivals, including the Oscar-qualifying HollyShorts Film Festival, this exciting short is not to be missed. 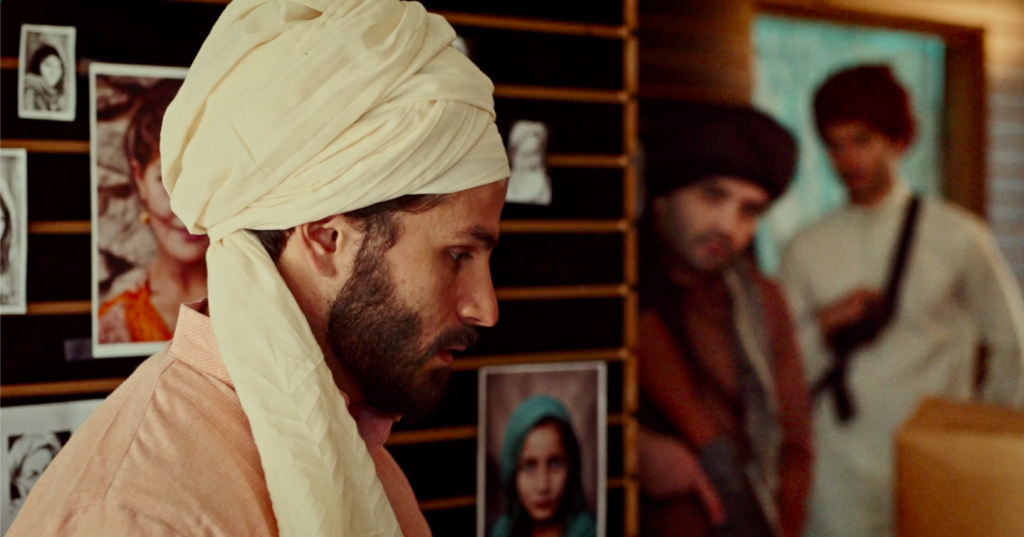 Boldly transporting us to the Taliban-occupied city of Kabul, Afghanistan, Taliban Flower is a sensitive drama that gives us a peek into a very specific form of oppression and, subsequently, expression. Unbeknownst to many, photography is illegal in the country outside of Taliban-approved purposes, but a lowly passport photographer has been taking artistic photos of certain subjects. After an unexpected raid, one officer discovers a photo of his wife in his collection; rather than rat out the photographer, he inquires further. Decorated with strong period detail and a kind message, director and writer Sofia Ayerdi, an alumnus of the Academy Gold internship program and another featured fellow of the BMC First Frame Initiative, takes on a difficult subject matter with elegance.

The Morning After, dir. Soma Helmi and Tell Me Moore, dir. Tyy Sams 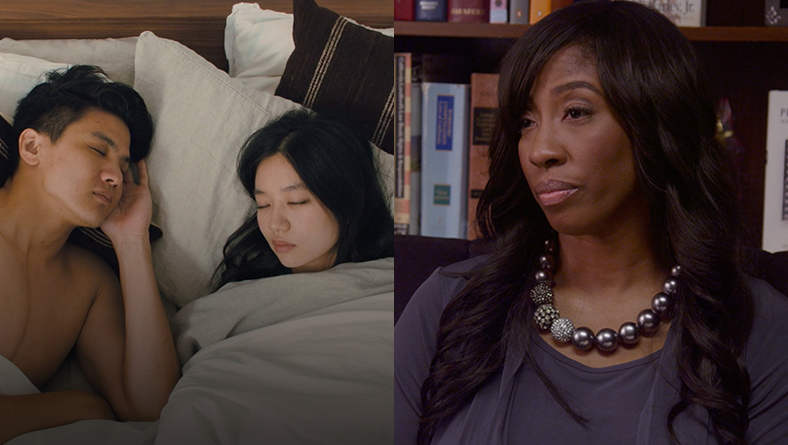 Though these shorts come from two different directors, they make for a solid pairing. They’re the shortest films of the bunch, neither surpassing four minutes in length, and are simple yet effective jolts of situational comedy. The Morning After finds Joe waking up next to his best friend’s sister, Anna, following a one night stand. In a subversive twist, Anna insists that it’s fine, but Joe keeps finding ways to make things complicated. Buttoned by a funny surprise, Helmi’s short will surely charm the pants off of you, just as Joe did to Anna the night before.

On the flip side, Tell Me Moore feels closer to an extended trailer than a narrative short film but still provides plenty of laughs. Dr. Millicent Moore, a sharply observant therapist who provides couples counseling, narrates a variety of observations in response to some of her most outrageous clients. Filled with pithy critiques of race and gender identity politics, actress Shondrella Avery cuts through the bullshit and tells it like it is. Needless to say, if Dr. Moore had a streaming series today, it would likely be a massive hit.

The Blackmagic Collective Film Festival will screen all nine of its finalists at the Laemmle NoHo 7 on Thursday, November 10 at 7:00 PM. Tickets can be purchased here.