This past NBA season was an exciting one riddled with storylines from the summer of 2018 all the way through the last game of the season. We saw LeBron leave Cleveland (again), Kawhi Leonard head up north, Harden’s amazing scoring streak, and the rise of the Greek Freak. With the NBA season coming to an end with the Raptors dethroning the back-to-back champions the Warriors last night, the real fun is about to begin: the offseason. Here are some bold predictions for the upcoming offseason and the 2019-2020 season.

The End of a Dynasty? 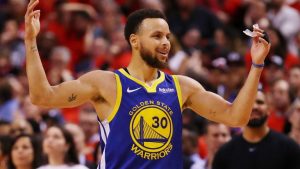 With the hellish postseason the Warriors had, is it safe to say the dynasty is over? With Kevin Durant and Klay Thompson having the possibility to become free agents will the core of Golden State remain? With a variety of analysts and NBA insiders giving their mixed reports about KD’s future, I am here to give my two cents. I do not see Durant returning to Golden State. Yes, I know he is hurt and will be out a whole season (at least), but both New York and Los Angeles teams are still willing to offer the max contract to Durant. I do see Klay getting paid and returning (after he rehabs his torn ACL) to be with the original members of the Warriors that started the dynasty five years ago. According to reports coming out after the game last night, DeMarcus Cousins is “open” to signing a new contract with the Warriors in free agency, but I do not think that will be enough for Golden State to return to the top.

New King of the East

The one year “rental” of Kawhi Leonard clearly paid off for Toronto, but does this mean there is a new king of the east? With LeBron in the west, the east is up for grabs, and that was evident in the first season of a LeBron-less east. Leonard was able to lead the Raptors to a championship (the first in franchise history) and reminding the league who he was: one of the best two-way players in the world. With all this happening this past season and Leonard having a player option, reports have it to be a two-team race between the Clippers and Raptors. Why leave the easier road to the finals and head to the heavily contested western conference? I believe Kawhi Leonard will stay in Toronto, and become one of the greatest players in franchise history.

Is it Time to Stop Trusting the Process?

The mantra of the Philadelphia 76ers has become the calling the card for all of social media to use, but is it time the 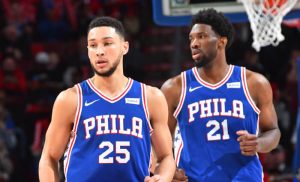 sixers to ditch their calling card? This past season showed that management are in a “win now” mode making trades to bring in Jimmy Butler and Tobias Harris to bolster a young roster, but that did not seem to help the “process” get over the hump in the eastern conference. Butler has a player option, which he could decline to test free agency and try to get a max contract. Harris is a free agent and is planning to not return to the sixers. With an injury prone Joel Embid and a point guard with no jumper in Ben Simmons, is it time for the 76ers to move on from the “process”? A depleted roster after a “win now” mindset could set the sixers back to what they were, an average team finding themselves in a rebuild mode.

Is Brooklyn on the Rise? 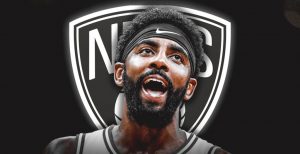 The Brooklyn Nets made the playoffs for the first time since the 2014-2015 season when the team featured the likes of Paul Pierce and Kevin Garnett. In what seems to be the generation of the “superteams”, the Nets have taken an unorthodox approach over the years. The Nets are developing their players to become superstars. However, the Nets could be making a splash in the offseason. Brooklyn made a sneaky move trading Allen Crabbe to the Atlanta Hawks clearing $46 million in cap space, in anticipation of trying to bring in two superstars this summer. According to the Boston Herald’s Steve Bulpett, Kyrie Irving (who has declined his player option) is fully prepared to sign with the Nets once free agency starts. Whether Brooklyn decides to pair Irving with D’Angelo Russell or bring in another superstar is still up for discussion. According to reports, Brooklyn is willing to give Kevin Durant a max contract as well (even though he is hurt). There are other reports, that Tobias Harris and the Nets have strong interest in each other. All three of these stars add both offense and defense to a Nets team that is finding its stride on offense, but has had its struggles on defense. Basketball is back in Brooklyn causing their own madness, not with the cutting down of, but with the rise of the Nets.

The Anthony Davis trade fiasco that occurred in the regular season has boiled over to the off-season. The Lakers truly 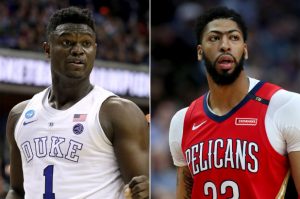 want to bring together AD and LeBron (both Rich Paul clients), but both teams cannot seem to find a middle ground for a trade. The Lakers have the young talent and the fourth overall pick to package into a deal for Davis. However, the Lakers do not want to give up the young Kyle Kuzma, which is holding up a deal from getting done. If the deal cannot be reached I believe David Griffin can sell Anthony Davis on the idea of partnering up with the highly anticipated number overall pick Zion Williamson (at least for a year). The front court combo of AD and Zion could help bring basketball back to New Orleans, something that has been missing since the Hornets and had Chris Paul as their centerpiece. There could be a Big Three in the Big Easy with AD, Zion, and Jrue Holiday.

LeBron and the Lakers Strike Out

It is hard to not talk about the dumpster fire of an organization that is the Lakers right now. The Magic-Pelinka drama that has been going on since Johnson’s bombshell of an interview on First Take, may deter free agents from coming to the prestigious Lakers brand. Management could not even agree on what coach they wanted to run the team. When you (the Lakers) cannot even get sit downs with stars like Paul George or the stars are choosing the inner city rival in the Clippers, something is wrong internally that players do not want to be a part of. This could be an issue for the Lakers, with the west being a wide-open race next season with teams becoming better over time. If the Lakers do not bring in another star free agent, I could see the Lakers barely making the playoffs, if they even do.

These are just some predictions for the free agency period. Let’s dive into the 2019-2020 season. I am not going to sit here and predict all 1,230 games of the season, instead I will give my predictions on the playoff brackets and major awards. 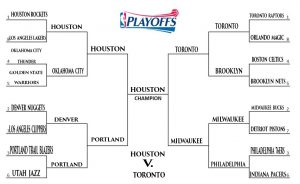 ROOKIE OF THE YEAR: RJ Barrett

COACH OF THE YEAR: Nick Nurse

These are just some predictions based off this past season. What are your predictions? Who wins the finals next year? What free agent do you want to see your team sign this summer? Let us know in the comments below! 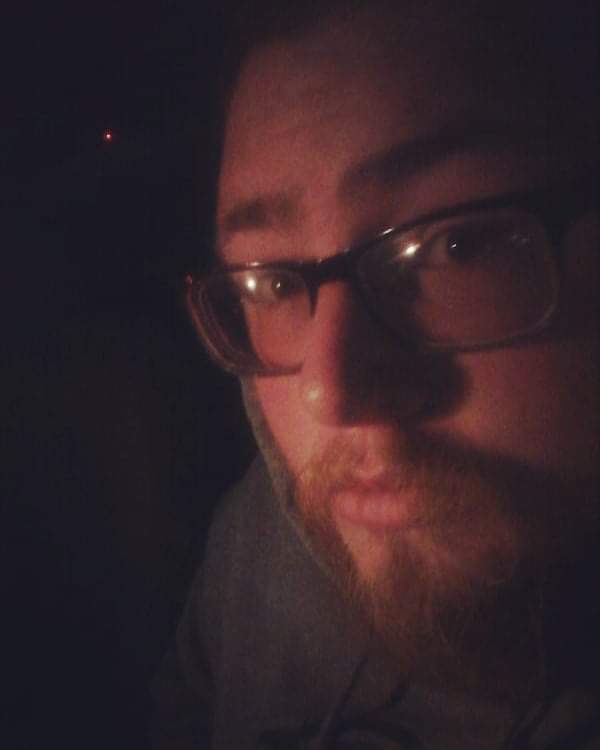