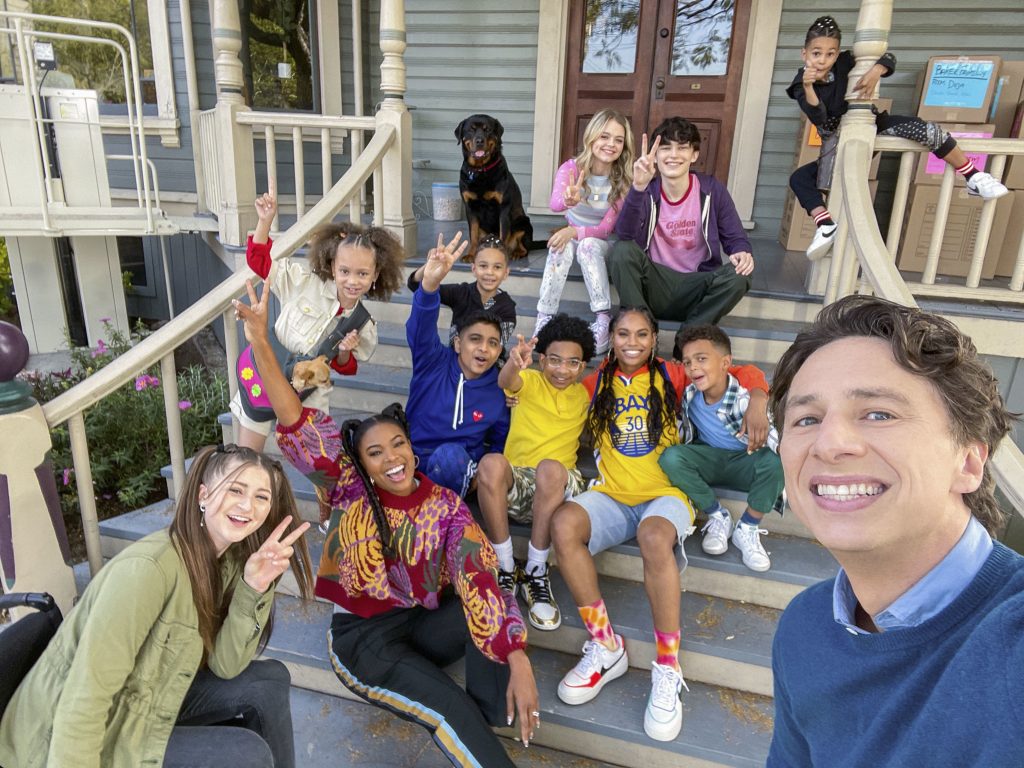 A Disney+ Original movie, “Cheaper by the Dozen” is a fresh take on the 2003 hit family comedy. It is the story of the raucous exploits of a blended family of 12, the Bakers, as they navigate a hectic home life while simultaneously managing their family business.

Besides learning the importance of compromise, the most important aspect of any successful family dynamic is not only communication but being mentally and fundamentally on the same page. As a couple, you’re a team and like any team, the only way to win is to work together. Especially when it comes to parenting. Your little bundle of joy can turn your household into Gotham City with puppy eyes if you are not united. But ultimately, if you lead with love and compassion, you’ll be just fine.

The next time you say that you want a bunch of kids, make sure to be specific or you just might end up with enough to form your own X-Men. Directed by Gail Lerner, Cheaper by the Dozen is a modern reimagining of a millennial favorite. This new delve into blended families not only highlights the craziness and difficulties that present themselves, but it showcases a family whose diversity represents the world that we currently live in. Its silly and lively tone help to balance the real-world issues that the story wants to bring attention to.

When we think of family-friendly movies the subject matter is usually Koosh ball-soft. They typically deal with a minor family issue and some kind of internal conflict but ultimately, the messaging is weak. Now, it’s 2022 and hopefully, we’re more than capable of receiving more complex and substantial content. That being said, this film unabashedly and aggressively takes on social issues that many families and individuals experience on a daily basis – as it should. Dealing with being black and brown in America, interracial relationships, child abandonment, entrepreneurship, and co-parenting are just a few issues that come up. These are topics that aren’t readily the focal point of films such as this one. While it may be a deterrent for some, those are exactly the people that need to ingest what the film has to say and let it sizzle in their spirit properly. Nevertheless, the film is full of charm, an abundance of life, and family spirit. The kids are hilarious, the parenting is authentic, and if you can’t find a single character to relate to in this huge cast, you may want to reevaluate your life. If you’re a parent of any sort, primary, co, step, or otherwise, there is a ton to relate to. If your kids are watching with you, there are plenty of hijinks and moments they can connect with as well. More than anything, Cheaper by the Dozen is a fun and entertaining experience. With its performances, hip-hop soundtrack, and overall cuteness, I had a surprisingly good time with this film. Its rewatchability is high.

The pacing of the film fluctuates a bit. It feels as if it matches the chaotic nature of having nine to ten kids to take care of every day. One act may be energetic and fast, while another may feel calm and controlled. What popped for me was how they weren’t afraid to tackle social issues like race and interracial relationships. While we live in a current time where people don’t want to hear or see things that make them uncomfortable, these realities and their difficulties don’t just disappear for some of us. It’s important for art to tell stories that aren’t being told so that people can know what others are going through and how current landscapes make them feel. And the fact that these messages are able to be translated through a fun family film is vital. The lesson is for adults more than it is for children.

Aside from the great cast of kids that fill the film with so much life, I really enjoyed the performances of Gabrielle Union and Zach Braff. In her role as Zoe, Union embodies all Black moms that I know. She’s intelligent, strong, hardworking, dedicated, and will shut it down if you disrespect her or her kids. Braff’s character Paul has a tougher time than he knows but through love and listening, he finds his way. His heart-to-heart scene with Dom (Timon Kyle Durrett) is one of the best as it highlights what kind of men they are and how they truly feel. And let me not forget Erika Christensen as Kate, who has possibly the most awkward role of them all.

Cheaper by the Dozen premieres exclusively on Disney+ March 18, 2022. Stay safe and enjoy. 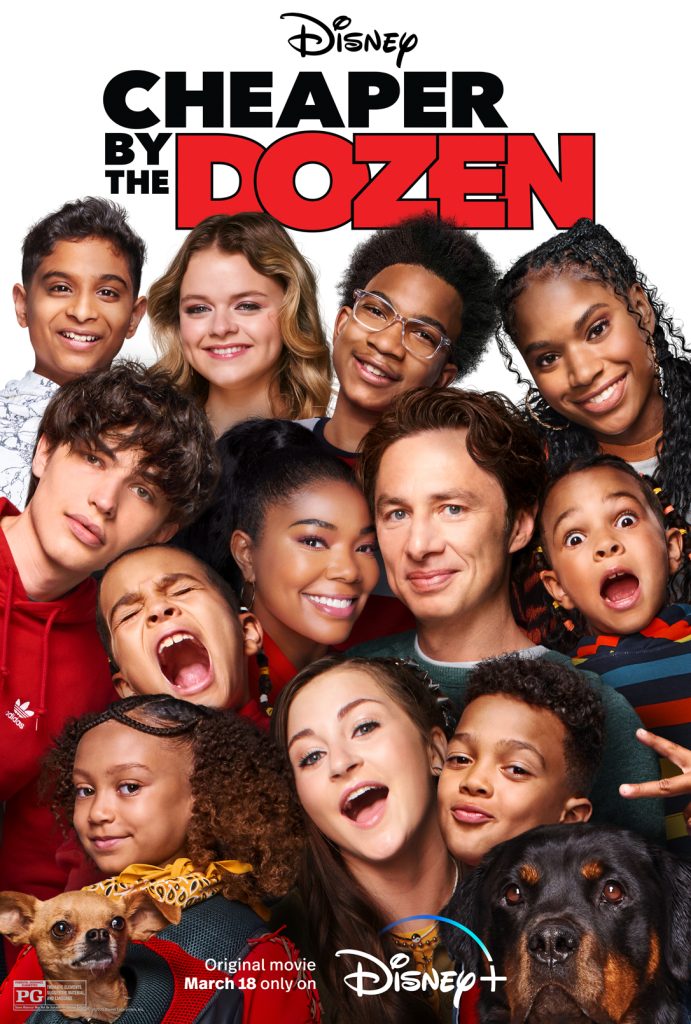 Based on: Novel by Frank Bunker Gilbreth, Jr. and Ernestine Gilbreth Carey