‘Compartment No. 6’ Review – A Beguiling Journey of Spontaneity and the Lost Art of Being Human 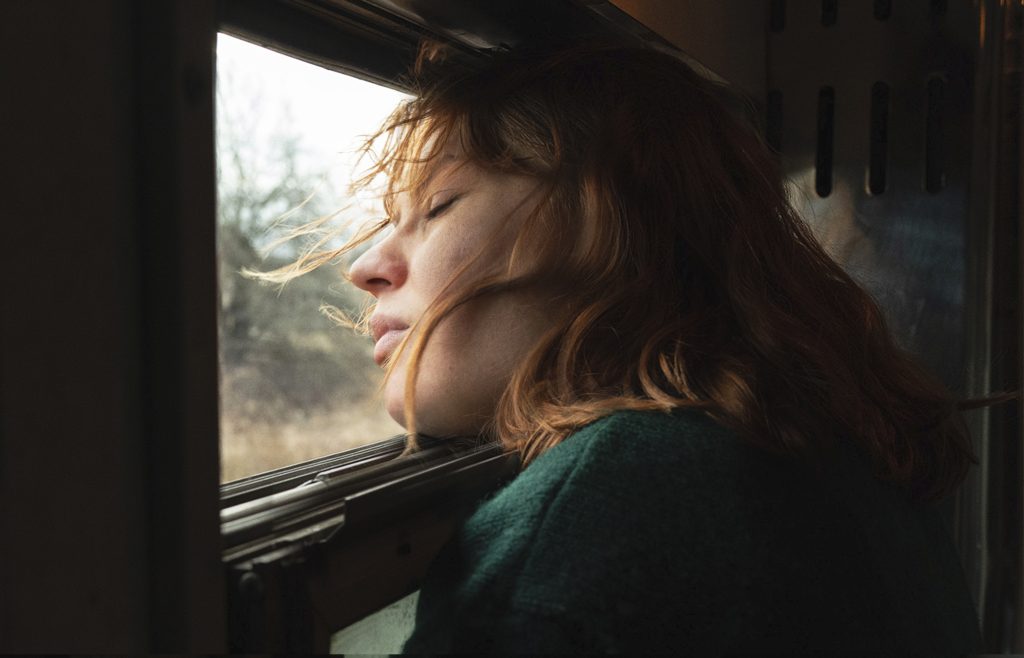 A young Finnish woman escapes an enigmatic love affair in Moscow by boarding a train to the arctic port of Murmansk. Forced to share the long ride and a tiny sleeping car with a Russian miner, the unexpected encounter leads the occupants of compartment no. 6 to face the truth about their own yearning for human connection.

Being by yourself is underrated. Now, I don’t mean forever, but I think we could all benefit from being solo at some point in our lives – preferably, our twenties or even thirties. It’s a time of discovery, whether finding new places, foods, and activities or finding out who you really are when no one is looking. Also, your decisions and movements are your own. You can wake up and decide to drive across the country for a New York slice of pizza or you can attempt to watch a streaming service’s entire catalog in under a year. My point is, the choices are yours and yours solely, however, if you want a romantic relationship or family, it won’t always be that way. So, enjoy being by yourself, travel, take some risks, make some mistakes, just don’t end up in jail. Who will bail you out?

The loneliest person often resides in a room full of people. Based on the novel of the same name, Compartment No. 6 is a beguiling journey of spontaneity and the lost art of being human. Directed by Juho Kuosmanen, this is a story that delves into loneliness and something that isn’t as prevalent as much as it used to be, face-to-face human interaction. In a culture where we run, hide, and avoid speaking to others, this film reminds us of the beauty and excitement of meeting new people and going with the flow. On a search for 10,000-year-old rock paintings known as petroglyphs, what starts off as a somber independent trip eventually transforms into a candid exploration of two lonely strangers with just enough time on their hands. Both essentially escaping to or from something, there’s an exchange of language, knowledge, and adventure. It’s a showcasing of the random occurrence of kindred spirits, the benefit of bonding, and the hesitation to trust in new and uncertain circumstances. The film relays the message that our reluctance can hinder our life experience and that the journey is more important than the destination. The story is well-written, the performances are great, and the overall tone is perfect. This is a film that has a lot to offer but may not be appreciated by everyone. Its rewatchability is medium.

For the type of film that it is, the pacing is actually a lot brisker than you’d expect. It’s able to carefully craft an intimate exploration while delivering an entertaining adventure. What popped for me is how the relationship between Laura and Lyokha unfolds. From beginning to end, their friendship is as much a journey as the actual journey.

The chemistry in this film is very genuine and enjoyable. Seidi Haarla really embodies the spirit of solo travel as Laura. And Yuriy Borisov as Ljoha feels like that stranger that we’ve all met while traveling that is just a tad bit too comfortable, but ultimately means well. The human element of their relationship is beautiful as the two very different people struggle with loneliness and find commonality. The ebb and flow of their journey both separate and together is what shines through.

Compartment No. 6 releases in select theaters on March 18, 2022. Stay safe and enjoy. 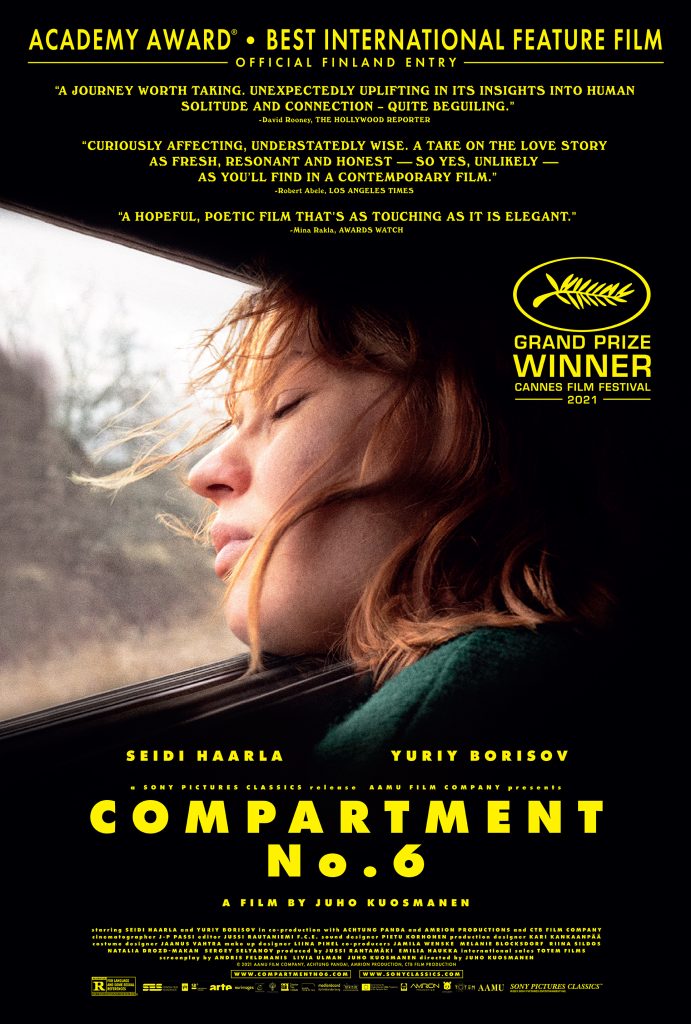 Inspired by: Compartment No. 6 by Rosa Liksom