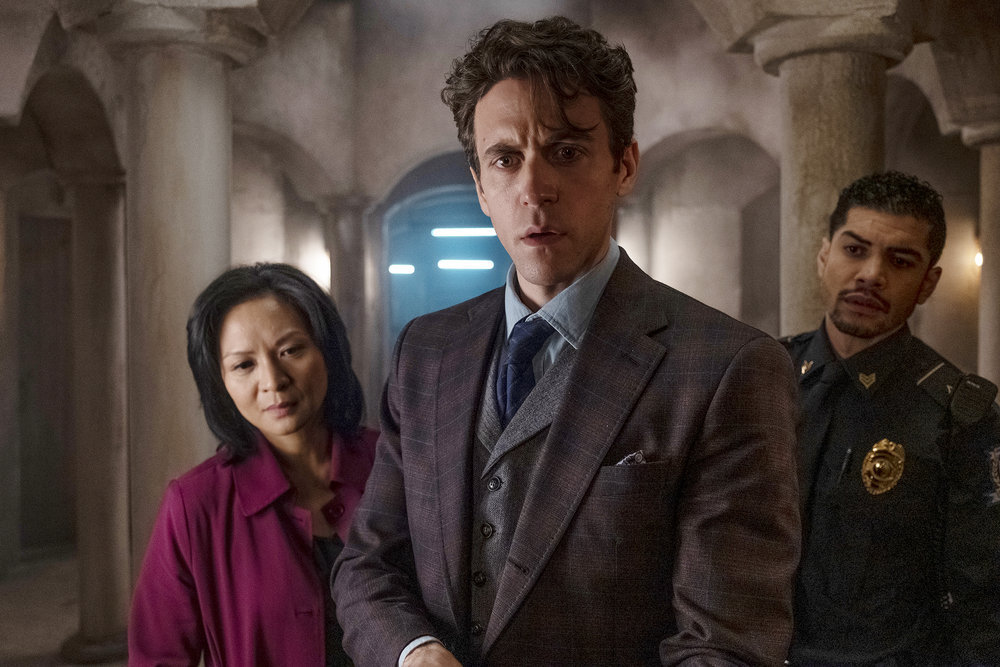 Based on Dan Brown’s international bestselling thriller “The Lost Symbol,” the series follows the early adventures of young Harvard symbologist Robert Langdon, who must solve a series of deadly puzzles to save his kidnapped mentor and thwart a chilling global conspiracy.

After five books and three movies, Dan Brown’s Robert Langdon series is finally hitting TV screens. Or, more accurately, NBCUniversal’s streaming service, Peacock. Adapting the third Langdon novel, Dan Brown’s The Lost Symbol proves once and for all that Robert Langdon belongs on TV. The first three episodes offer a promising start to this series – though, there’s also a lot of room for improvement. The central mystery is captivating enough. But some questionable pacing choices and underdeveloped characters and ideas hold the series back a little. However, with a total of ten episodes, there’s a lot of room for the show to develop into something deeply enjoyable.

Of the three episodes provided to critics, the first episode is probably the strongest. Symbology professor Robert Langdon (Ashley Zukerman) arrives in DC for a conference. Only instead of a conference, he learns that his mentor, Peter Solomon (Eddie Izzard), has been kidnapped. The kidnapper, known only as Mal’akh (Beau Knapp), tasks Langdon with following a bunch of obtuse clues that ultimately explore the hidden secrets of the Freemasons. To rescue Peter, Langdon needs to find some kind of portal. (It’s all very vaguely explained and you just kind of have to go with it.) Joining Langdon are CIA agent Sato (Sumalee Montano), Capitol policeman Nunez (Rick Gonzalez), and Katherine Solomon (Valorie Curry), Peter’s daughter. And their journey hits all of the requisite notes you’d expect from a Robert Langdon story.

While the first episode ends up being a pretty energetic beginning, filled with Indiana Jones-style artifact hunting scenes and plenty of mysterious foreshadowing, the second two episodes end up feeling like they’re treading water. The problem with mysteries like this is that you either blow through all of the ideas too quickly or you spend too much time chasing down red herrings, and the whole thing feels a bit muddy. Unfortunately, The Lost Symbol tends to land in the latter’s camp – especially in episodes 2 and 3. In part, this can be blamed on each episode having at least one subplot too many – unfortunately, Peter’s subplot feels the most expendable at all times. Cutting away from the central story to check in on him tends to completely derail each episode’s pacing. With seven episodes left, there’s room to find a better balance, though, and I hope that’s what happens.

The bigger problem, however, is how the central mystery is executed. This is one of those stories where each question that’s answered results in a bunch of new questions getting asked. And it’s hard to build up any momentum when, after three episodes, it feels like the characters are no closer to solving the mystery than they were at the show’s beginning. Instead of the stakes feeling tense and the action feeling exciting, there’s a sense of meandering to the whole affair. Which isn’t really what you want out of a mystery.

The whole thing feels both predictable and confusing. The show telegraphs some of its twists from a mile away, while some of the intricacies of the mystery remain under a veil of confusion. And until everything eventually comes together, it’s hard to get invested in the plot beyond surface-level curiosity. All of the pieces are there, but the expanded run-time is stretching things out too much. I feel like a six-episode series might’ve resulted in a tighter show.

And speaking of the mystery, unless you’ve got the skills of Robert Langdon, I’m not sure how any viewer would go about solving this mystery. This kind of symbology and codebreaking always goes over my head. The Langdon movies had this problem, and the show doesn’t entirely escape it either. The show spends a lot of its expanded runtime on exposition. Usually, Langdon explains the intricacies of whatever puzzle/code/arcane artifact being examined to Katherine and/or Nunez – and, by association, the audience. And while all of this exposition does help the plot make some semblance of sense, it’s done in the clunkiest way possible. It’s hard to be invested when you can’t quite follow how the characters are figuring out each piece of the puzzle.

However, this expanded runtime does allow for a little bit more character exploration than you might find in the Langdon movies – particularly for the supporting characters. Curry’s Katherine and Gonzalez’s Nunez fare the best here. Both characters are fairly one-dimensional, but they’re likable and it feels like they’ve both got a lot of room to develop into fuller characters. The same is true for Montano’s Sato. She seems kind of two-faced, at first. But if the show leans into the ambiguity of where her allegiances lie, there could be a lot of fun to be had.

Zukerman’s Langdon, unfortunately, is afforded none of this development. He’s pretty awful to everyone he knows, and that doesn’t seem to change at all over the three episodes. It seems, perhaps, that all of the character’s charm in the movies might solely be because of Tom Hanks’ inherent likeability overshadowing the character’s inherent dislikeability. This isn’t a critique of Zukerman’s performance or anything. He’s doing a great job – as is the entire cast. It’s just that the version of Langdon he’s playing is devoid of any real charm. Perhaps the show will delve into Langdon’s character more in future episodes, and I hope it does. But as it stands right now, the character of Robert Langdon ranks among the least compelling aspects of the show.

I’ve never read any of the Robert Langdon books, and I’ve only seen The Da Vinci Code and Angels & Demons. So, I can’t speak to how faithful this adaptation is to the book. What I can say, though, is that these first three episodes are an entertaining, if flawed, beginning to what could be an endlessly captivating mystery. Robert Langdon feels right at home on a streaming service. There’s plenty of screen time and money to spend on really diving into the story. And it mostly works. Sure, the pacing is a little wonky, and it doesn’t feel like we’re any closer to an answer three episodes in. But it’s hard not to get wrapped up in the story, enjoying the journey wherever it ends up taking you.

Despite its flaws, I’m enjoying The Lost Symbol for what it is. It’s a fun action-adventure thriller that’s unafraid to embrace the absurdity of its ideas. I’m not sure how well this show will play week-to-week. But I think it could be a deeply enjoyable binge-watch once the season ends. These first three episodes show a lot of promise. And if future episodes iron out these kinks, there could be something quite fun here. If you’ve enjoyed any of the Robert Langdon series, The Lost Symbol is well worth a watch. 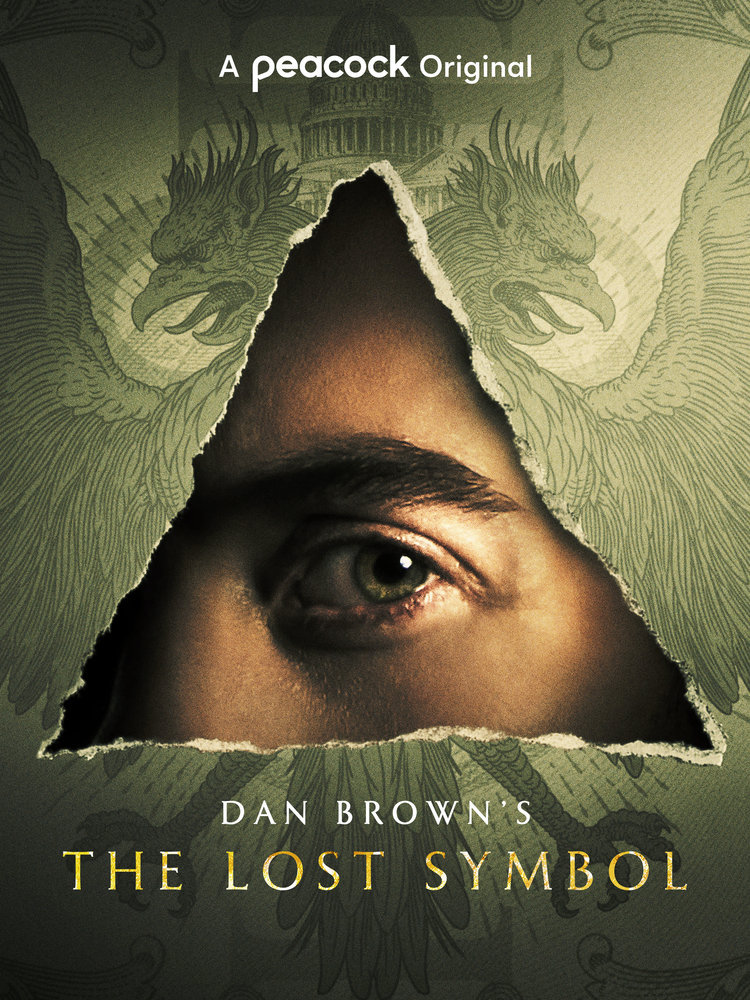