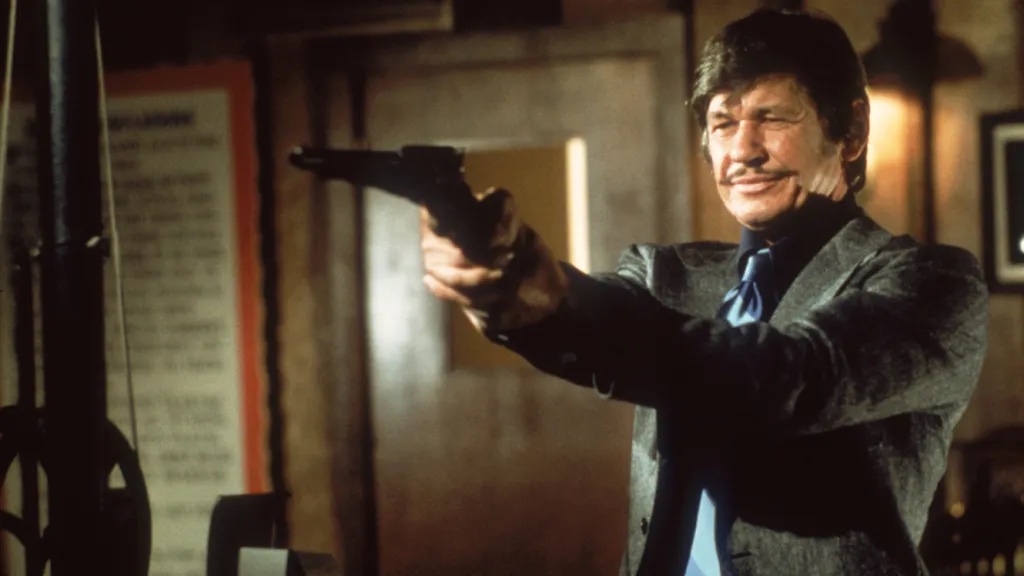 In this explosive story of revenge and urban violence, screen legend Charles Bronson (Mr. Majestyk, Breakheart Pass) plays Paul Kersey, a bleeding-heart liberal who has a change of opinion after his wife and daughter are brutally attacked by a gang of thugs in their apartment. His daughter is sexually assaulted and his wife is murdered. Bronson then turns vigilante as he stalks the mean streets of New York on the prowl for muggers, hoodlums and the like. Another classic collaboration between Bronson and director Michael Winner (Chato’s Land, The Mechanic, The Stone Killer), Death Wish is a violent, controversial film that is frank and original in its treatment of urban crime and the average citizen’s helplessness in dealing with it. Jazz great Herbie Hancock (Colors) wrote the musical score. Vincent Gardenia (Death Wish II), Steven Keats (The Friends of Eddie Coyle), Stuart Margolin (TV’s The Rockford Files), Stephen Elliott (Beverly Hills Cop) and Hope Lange (Blue Velvet) co-star. And watch for Jeff Goldblum (The Fly) in his film debut as one of the thugs.

For thoughts on Death Wish (1974), please check out our discussion on The Video Attic:

Kino Classics presents Death Wish with a really strong 2160p/Dolby Vision transfer for the first time on 4K UHD Blu-Ray sourced from a 4K scan of the 35mm Original Camera Negative. The Dolby Vision is not going to blow you away with a world of spectacular colors in this dingy odyssey, but it brings out nuances in the palette and contrast which aids the film quite a bit. Outside of a handful of elements in the clothing and production design, the film is devoid of anything that would be classified as “stunning” colors. Black levels are pretty deep and nuanced with little left to be desired in shadow detail and in resolving crushed blacks. When out and about during the day, white levels are stable with no trace of blooming within the highlights.

This transfer features hardly any stray specks after being newly scanned and cleaned up. There does not appear to be much in the way of jarring digital anomalies such as compression artifacts, banding or any other such nuisances. The level of detail and clarity is much improved compared to the included remastered Blu-Ray, and the transfer maintains the natural film grain of the presentation without obvious signs of digital management. There is a pretty thick sheen of film grain which resolves well with it looking sharp and compact. The texture on display in the outfits and within the environments are really strong. Details such as facial hair present with impressive clarity. This presentation is a strong effort from Kino Classics, and it shows out as the preferred way to view the film on physical media.

The 4K UHD Blu-Ray disc comes with both a DTS-HD 5.1 and 2.0 Master Audio track in English that brings this world to life perfectly. The 5.1 surround track is great for those looking to show off all of their speakers, and the 2.0 stereo track appears to capture the original intention of the film. The environmental sounds of the city and the subway are rendered favorably alongside everything else. There does not seem to be any obvious instances of age-related wear and tear to distract from the experience. The track is engaging throughout with a very active soundscape. The score is used well to establish the mood of the narrative, and this track handles it terrifically throughout the duration of the film. There is never a moment where it threatens to overwhelm competing sounds, and it maintains a good balance so that dialogue comes through clearly. Kino Classics has given this film a stellar audio presentation that brings the movie to life. There are optional English SDH subtitles provided. 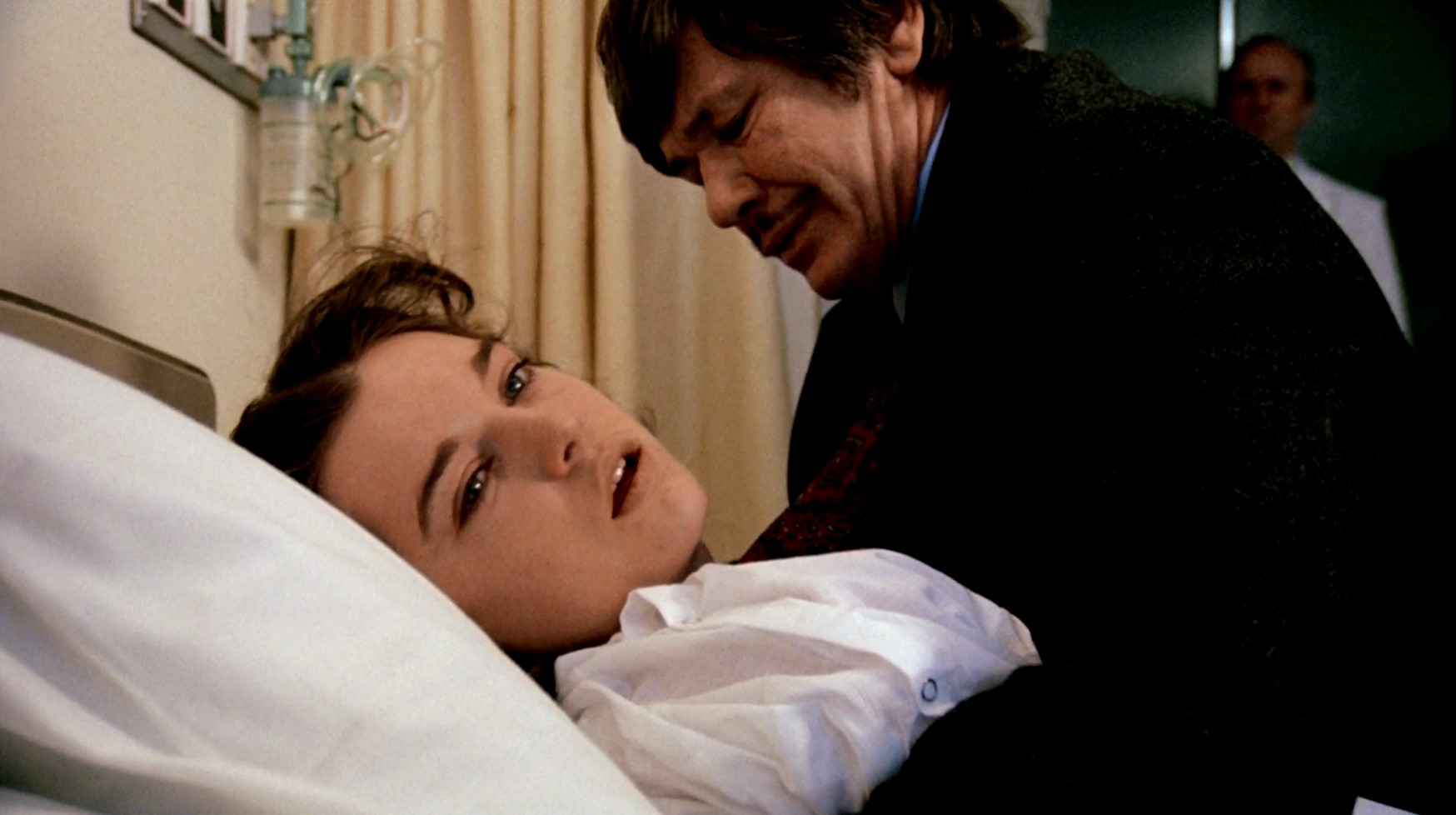 Death Wish (1974) is a tough film which shows off the gritty nature of the ‘70s in all of its glory. Some of the messaging can feel a bit dated, but in the context of what this movie was, it succeeded on all fronts. Charles Bronson delivers a strong performance which is believably intimidating while also evoking sympathy for all that he has been through. You understand his frustration with the system, and this movie keeps this out of the realm of high fantasy more than you might expect. Kino Classics has released a 4K UHD Blu-Ray featuring a fantastic A/V presentation and a few good supplemental features. If you are a fan of Bronson, this one is a defining role for him. Recommended