Deep Cover: The Drug Wars – Where Was Pushkin’s Promised Star? 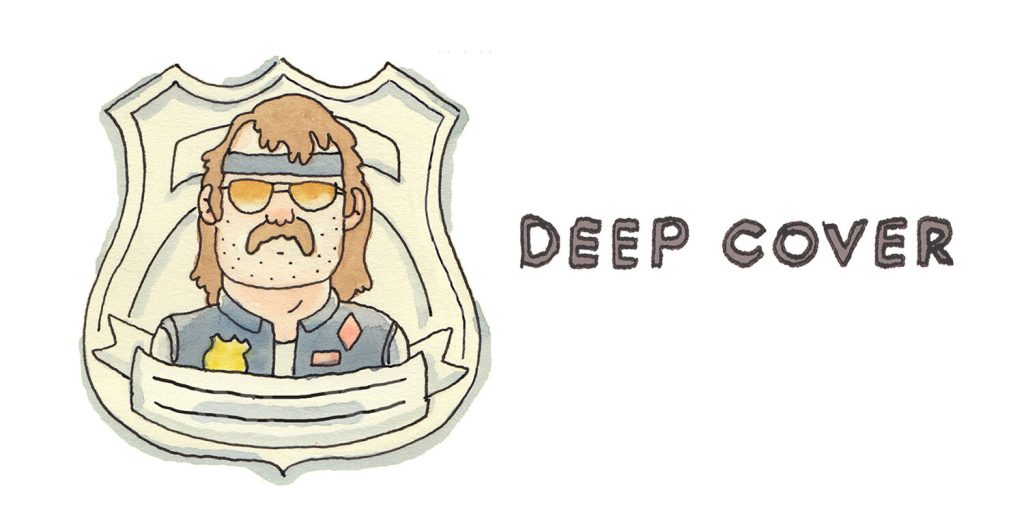 Listening to a podcast on your way to and from work has become as normal as listening to music or tuning on the news in the car. There are plenty of podcasts for everyone. Whether you’re looking for something fun in the morning or wanting to dive deep into a non-fiction event, there’s a podcast for you. Just like with audiobooks, celebrities are now becoming invested in podcasts. Admittedly, an actor being a part of a podcast is what made me want to get into this particular one. Unfortunately, this actor wasn’t as involved as we were made to believe.

Another Look Inside the Drug Wars

I’m talking about Pushkin Industries’ Deep Cover: The Drug Wars. This podcast explores the story of an FBI agent who goes undercover in a bike gang to stop the slow of drugs in Detroit. It sounds pretty mundane and frankly, it’s been done before. How many times have there been documentaries or reenactment shows or movies about someone having gone undercover? What does make Ned Timmons’ story interesting is where it led. Which, we aren’t at yet (as there have only been two episodes so far). But, it has to do with Manuel Noriega. So, that will be interesting to finally get to.

I’m absolutely not trying to diminish the story here. Watching true-crime documentaries is one of my favorite activities. One of my favorite Netflix series is Narcos/Narcos: Mexico. The history of the DEA, the drug war, and going undercover is my jam. There’s just something about how this series is executed that, so far; has a hard time grabbing my attention.

Where is Walton Goggins?

One of the reasons why I believe I’m not that invested so far is how falsely advertised Walton Goggins is. Goggins is a great performer and his involvement in the show was teased beforehand. Goggins was told to play Ned Timmons in Deep Cover. In reality, he’s just popped up once or twice to say a line or two from Timmons’ novel. What was the point of really having Goggins there if you weren’t going to utilize him? Was it an attempt at pulling in a big name simply to create more of a buzz for your project? Deep Cover: The Drugs Wars should have either been a podcast show where there was actually involved or been an audiobook with Goggins reading for the entire time.

Another aspect that’s throwing me off is reporter Jake Halpern consistently butting in to add his own commentary. As a journalist myself, I get it. You’re the one bringing this whacky story to the forefront – so you want a piece of the pie. But, in a visual documentary, it would simply focus on the participants and their retelling. The real Ned or his ex-wife will be talking for 10 seconds and Halpern will interrupt for a full minute or two with his quirky and “profound” observations of the whole situation. Truly, no offense, Jake. None whatsoever. But, I want to hear the actual people tell the story.

Now, you may be saying that I’m getting too hung up on the Goggins thing. But, it is what initially drew me to the story. The idea that this would involve more of Goggins getting into character for an entire podcast. Instead of what it is – Goggins popping up once or twice to read a line or two. I also want to hear more from Timmons, without interruptions. I’ll still listen since this is a subject matter that interests me. It’s just, so far; not the most well-executed documentation of one of the craziest drug busts in human history.

You can listen to Deep Cover: The Drugs Wars by visiting Pushkin Industries.