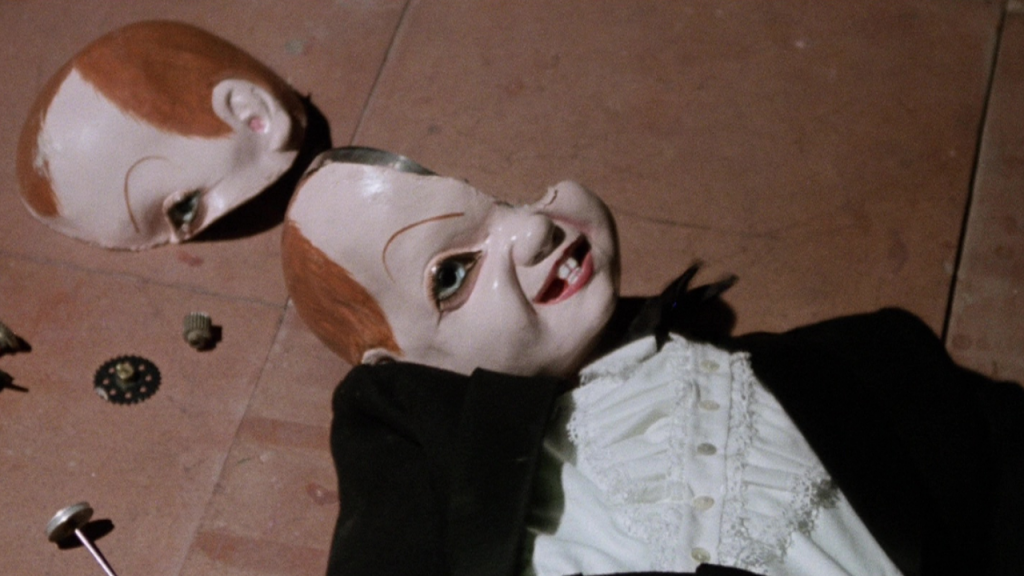 We recently discussed the work of the great Italian filmmaker Dario Argento as he stepped aside briefly from the giallo horror subgenre which he helped popularize to create the supernatural masterpiece Suspiria. He had begun his directing career with three back-to-back giallo classics with The Bird With The Crystal Plumage, The Cat O’ Nine Tales and Four Flies On Grey Velvet, and the filmmaker was looking to broaden his prospects with the historical comedy-drama The Five Days Of Milan. The film was a flop for the auteur financially and a pain to produce which inspired him to go back to the genre that made him famous. It was not just that he wanted a place where he felt comfortable; Argento wanted to show all of the filmmakers who had jumped onto the giallo train that he was still the master. Prove that he did with 1975’s Deep Red which by most accounts is the pinnacle of the genre and one of the finest in his filmography. Argento has always had a gift for visuals, but this is where all of his skills began to swirl together in a way that cannot be beaten.

Argento does not even let you get entirely through the opening credits before putting you off balance. A quick cutaway of a murderous silhouette and the feet of a young spectator right at Christmas time – that’s right, this is a Christmas movie! – leaves your mind racing with possibilities. The movie begins by flirting with the supernatural that he would more fully embrace in Suspiria. Helga Ulmann (Macha Meril) is a psychic medium at a parapsychology conference when she is hit by murderous thoughts from someone in the audience which seals her fate a few scenes later as she is brutally murdered in her apartment against a window. This grisly scene happens to be viewed by Marcus Daly (David Hemmings), her jazz musician neighbor who rushes up only to find her mutilated body and narrowly missing the killer. Solving the case becomes something of an obsession for him as he believes he is overlooking something crucial within his memory. The killings are far from over in this tale, but it is the fear you have of your own memory that proves to be one of the most unsettling elements. 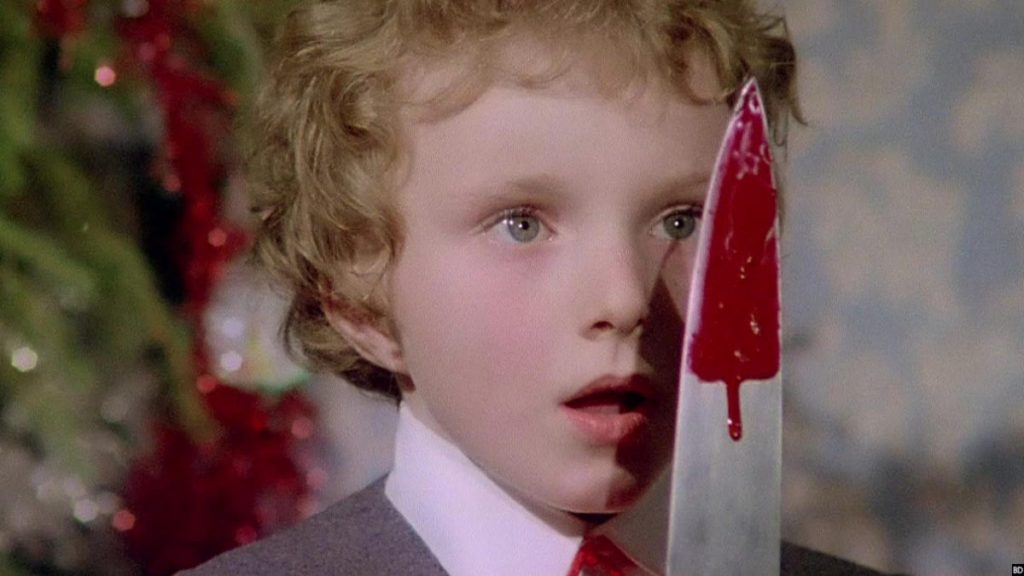 Marcus is not alone in overlooking something. In one of the boldest decisions we can imagine, the killer is revealed for a split second but only stands out once you know where to look. You can only do this when you have a complete control of the audience which Argento knows he does. The filmmaker makes grotesque art out of his death scenes. From the window execution that will have you clearing your throat to an unsettling plunge into boiling water, the violence in the film feels more effective since the carnage is something easy to imagine. As someone who had a poolside mishap that resulted in needing my two front teeth replaced, the bashing of teeth upon a mantlepiece made my skin crawl. You feel that Argento gets a sadistic pleasure from teasing his glorious feats of violence, such as the symbolic foreshadowing of Marcus smashing piano keys in lieu of smashing in the teeth of his hated father. There is a lot of obvious symbolism in this film, but even more is revealed as you give the feature a second, third and fourth watch. This is not a simple murder tale, it is high art for those with a disposition capable of handling it.

While this is often a very masculine tale, Argento does not completely abandon his female characters as you have people like Gianna Brezzi (Daria Nicolodi), a reporter who helps Marcus reframe much of his thinking. Gianna is a self-assured woman who serves many important roles within the narrative, but the most important might be the subconscious thread of women being just as powerful men in many respects. The Original Version of the film can feel slightly long at points, but when compared to the shorter Export Version you see you are missing out on many rich character moments that help underline what Argento is trying to accomplish. His prowess behind the camera is astonishing here, as you have everything from the subtle creeping camera translating important symbolic details to the jaw-dropping death scene involving a motorized vehicle each handled flawlessly in different ways. Throw in an iconic soundtrack from Goblin and you have the makings of a classic. As a horrific thriller, the film offers brutal killings and breathless tension, but on a broader artistic level it offers aesthetically dazzling shots and rich narrative content that only plays better the more you engage with it. It is easy to see why it’s classified as one of the best the genre has to offer. 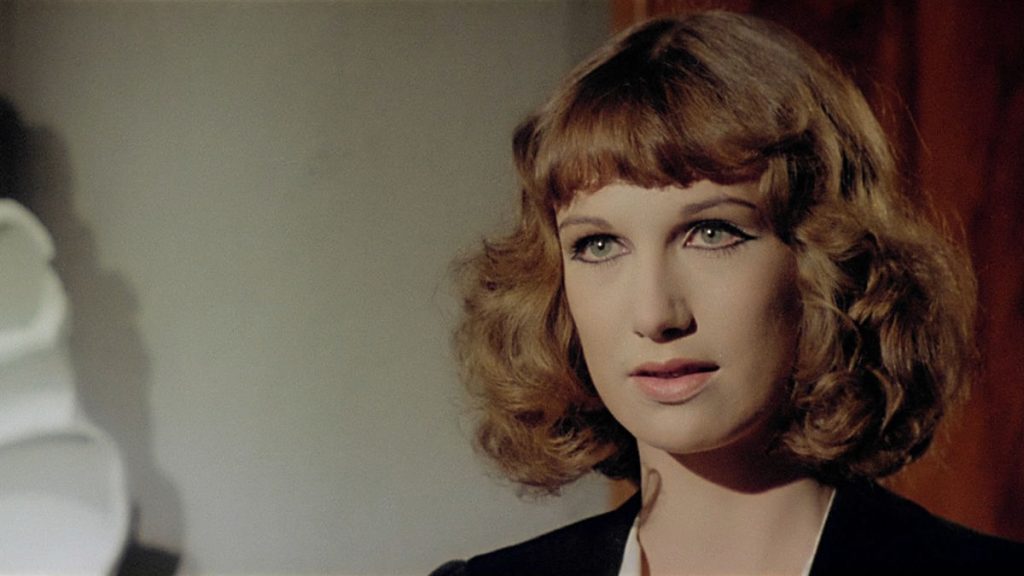 Arrow Films presents Deep Red with a stunning 2160p transfer in its original 2.35:1 aspect ratio sourced from a 4K restoration of the original 35mm 2-perf Techniscope negative with a 35mm print of The Hatchet Murders scanned in 4K for the opening titles of the English export. Both the English export and original Italian cut were graded in 4K HDR/Dolby Vision. One of the most impressive aspects of the disc is the application of Dolby Vision for increased color output that deserves to be admired far and wide for its lustrous beauty. The new restoration features some colors in the atmospheric setting such as the recurring red backgrounds that pop off the screen with a vibrant intensity. This disc handles every environmental change from the interiors of the theater or apartments to the open-air Italian streets with ease. The black levels are outstanding with nothing in the way of crush present, and white levels are solid as a rock with no evidence of blooming. Nearly every single moment is a visual treat.

The level of detail and clarity is stunning with the perfect amount of natural film grain intact. The grain resolves well with no fluctuations detected at any point. The texture on display in the costumes and within the setting are a revelation. Even the makeup effects blend naturally which conjures something beautifully grotesque. This transfer does not register anything in the way of print damage. This presentation is true to the original look of the film with the added resolution making elements seem more natural. There does not appear to be any jarring digital anomalies such as compression artifacts, banding or any other such nuisances. This presentation is a five-star effort from the crew at Arrow Video.

The 4K UHD Blu-Ray of the Original Version comes with three outstanding tracks including an English/Italian hybrid DTS-HD 1.0 mono track, and the Italian track in DTS-HD 5.1 and 1.0 Master Audio tracks. The Export Version is provided with an LPCM 1.0 track that is just as worthy as the others. The surround track provides an expansive soundscape that perfectly captures the artistic intent while harnessing the technology of the present. This track is an absolute powerhouse that is very effective in executing each individual element. This is sonically an extremely intricate film and the expanded track goes a long way towards making the world sound fuller. The score from Goblin has never sounded better and is used impeccably to elevate the mood of the story. There is never a moment where it threatens to overwhelm competing sounds, and it maintains a good balance so that dialogue comes through clearly. The environmental sounds such as the chatter of the detectives at the crime scene and the sequences of violent attacks are rendered well alongside everything else. There does not seem to be any noticeable instances of age-related wear and tear. Arrow Films has given this film a perfectly preserved audio presentation that brings the movie to life in a thrilling manner. 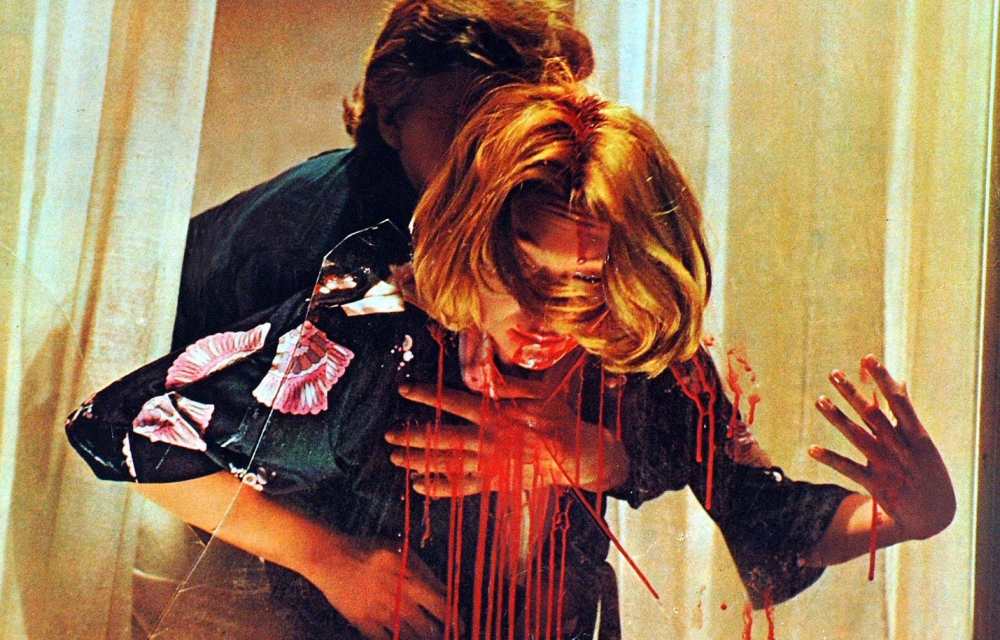 The Limited Edition Collector’s Set of the Arrow Video Blu-Ray of Deep Red comes beautifully packaged in a hard outer case and includes a 58-page bound book featuring three essays from Alan Jones, Mikel J. Koven and Rachael Nisbet which delves into the film and Argento further. These works provide a great analysis of the film and the genre at large in a thoughtfully written style. This package also includes a double-sided poster. The on-disc special features are as follows:

Deep Red is a truly stunning achievement that proves to be a high benchmark in the giallo horror subgenre. The film features the unflinching violence that you would expect, but the way in which it so brilliantly executes its narrative ambitions is a thing of beauty. Dario Argento is a force of nature behind the camera and this is one of his best. Arrow Video has released a Limited Edition 4K UHD Blu-Ray featuring an A+ audio/visual presentation and more special features than you will know what to do with. This set is a dream come true for any Argento fan. Highly Recommended