Journey into the unknown in Marvel Studios’ Doctor Strange in the Multiverse of Madness. When the MCU unlocks the Multiverse, Doctor Strange (Benedict Cumberbatch) must enlist help from old and new allies as he traverses mind-bending and dangerous alternate realities in order to confront a surprising adversary.

For in-depth thoughts on Doctor Strange in the Multiverse of Madness, please see my colleague Dom Fisher’s review from its original theatrical release here.

The 4K UHD Blu-Ray of Doctor Strange in the Multiverse of Madness offers a glorious uptick in quality over the already incredible accompanying Blu-Ray, making it a standout presentation for Disney. Skin tones appear more natural with healthy doses of crisp detail apparent on faces such as grime and pores. The increased range of the color spectrum is dazzling to behold. The HDR enriches the colors from already impressive to out of this universe when it comes to vibrancy. From beginning to end, you are thrust into this world of bold colors within the environments which really blows you away. Just take a look at the brief instance spent in the “paint” universe if you want to see hues leap off of your screen.

Fine detail in the costumes and production design are more tactile than ever with this increased resolution. There are very subtle elements of Wanda’s costume which you can see with more clarity here. The highlights in the film are also more defined with whites more pure and balanced with no instances of blooming to be found. The numerous elements in the film taking place in the cover of darkness are more vivid and finely delineated. The black levels are especially strong in this presentation, staying deep and inky with great detail. This 4K UHD presentation really delivers on all fronts including strong gains in clarity and color. The Blu-Ray is great, but Disney has delivered another demo-worthy transfer on this latest 4K release. 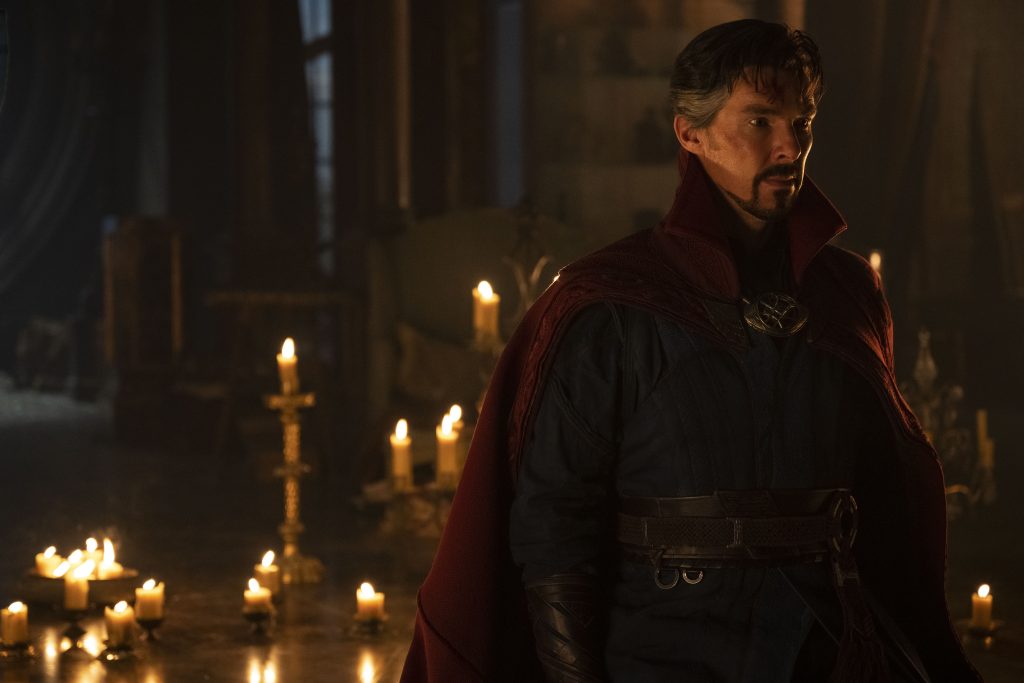 This disc comes equipped with a wonderful Dolby Atmos presentation that packs one heck of punch from beginning to end. From the thrilling opening set piece, the soundscape is set to deliver an expansive experience suitable for bringing this world to life. While the eye-popping special effects are typically praised when Doctor Strange is involved, the intricate sound design is often just as exciting of an experience. Sounds are appropriately rendered with precise directionality from the more kinetic scenes to interpersonal moments of dialogue.

Ambient details are plentiful and quite satisfying in the rear and overhead channels. The overhead channels serve to complement the other channels rather than carry the main load, which adds a nice sense of space to the trippy mix. The playful score from Danny Elfman is a very important part of the film’s identity, and it envelopes the room with a vengeance. Dialogue is presented perfectly clear without ever being overwhelmed by any of the competing sonic elements. The sounds of traveling through different universes and scenes of destruction provide an all-encompassing soundscape that kicks in throughout all the speakers. The low end is engaged in a really solid way that will make you appreciate that it has not been throttled back too much. The mix should more than satisfy fans. 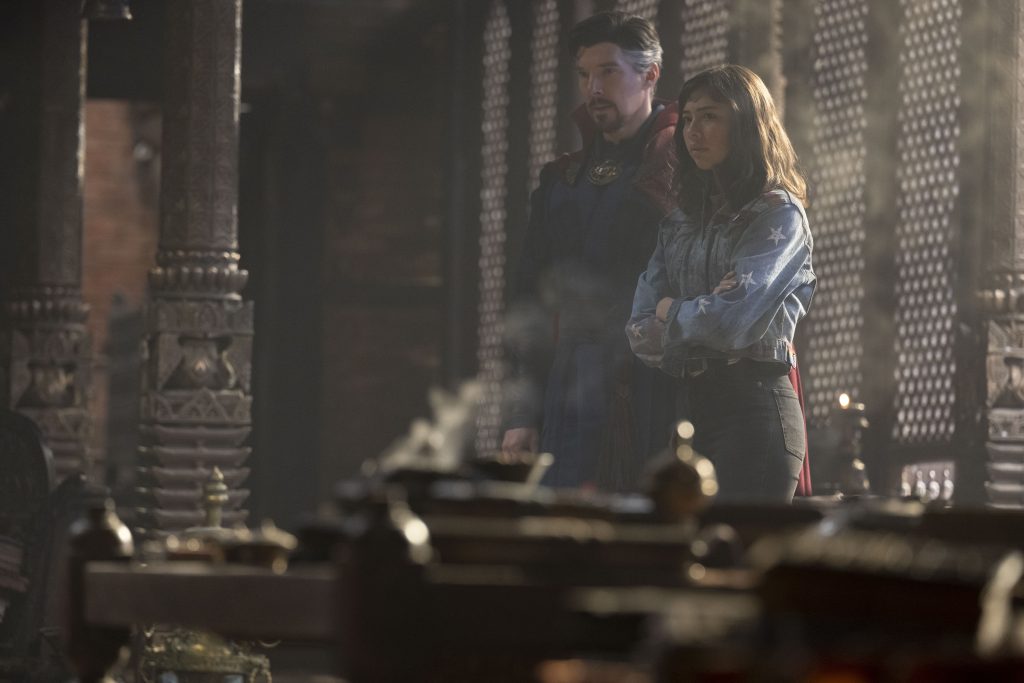 Doctor Strange in the Multiverse of Madness is a bittersweet experience, as you hate to see certain character arcs come to an end, but in the end it works on a larger narrative scale. Sam Raimi does what he can to bring his distinct directorial sensibilities to the MCU, but even he can struggle to be little more than a director working in the larger Marvel machine. The film is entertaining, but it does not bring the excitement that the MCU once did, which could be tied a bit to market oversaturation. The film is at its best when it is trying to ground the action in character-based moments, and all of the main performers deliver when the scene requires it. Disney Home Entertainment has released a 4K UHD Blu-Ray featuring a mesmerizing A/V presentation and a decent assortment of special features. If you are a fan of the MCU, there is no reason not to pick this one up. Recommended

Doctor Strange in the Multiverse of Madness will be available to purchase on 4K UHD Blu-Ray, Blu-Ray and DVD on July 26, 2022. The film is currently available on Digital.

Disclaimer: Disney Home Entertainment has supplied a copy of this disc free of charge for review purposes. All opinions in this review are the honest reactions of the author.