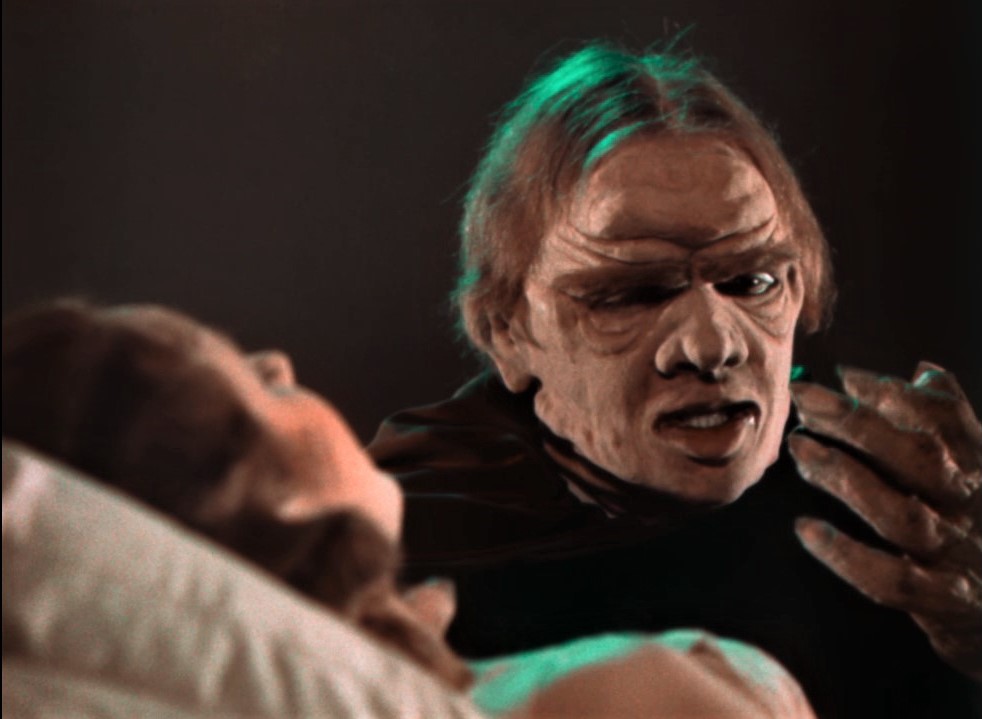 Last year classic horror fans were greeted with the incredible gift of a fully-restored Mystery of the Wax Museum courtesy of Warner Archive. The classic 1933 pre-code Michael Curtiz (White Christmas, Casablanca) horror film was the last major film released in the short-lived two-color Technicolor Process 3 system, which combined red and green dyes to create a color image with a reduced spectrum. This film is a classic, but it never would have been possible without the immense success of Doctor X a year earlier. The film shares an immense number of similarities with Mystery of the Wax Museum including its director, stars and even its particular filming process. Perhaps most notable is the pre-code nature of the film, which allowed it to tackle adult themes such as cannibalism and rape. A modern audience is unlikely to be offended by the content contained within, but it is fascinating to imagine how audiences reacted in 1932. While it was dangerously close to being lost for years, Warner Archive has once again pulled off a miracle with a new, fully-restored version of the film that is a must-see.

New York City is not considered the safest place at the onset of this film. Over the past several months, there have been a series of grisly murders throughout the city. These killings always take place under the cover of night – bathed in moonlight, naturally –  and result in a victim who has been cannibalized after the murder. There are no real leads as to who is perpetrating these killings besides the general description that the killer looked like a “monster” from those unlucky enough to catch a glimpse. Oh, and there is also the matter of knowing that the scalpel used to desecrate the bodies is the property of a medical academy led by Doctor Xavier (Lionel Atwill). The police carefully infiltrate their way into the academy and strong-arm Doctor Xavier into providing access to the facility, specifically the individuals who are the most likely suspect for these killings. Every fellow is a bit of a creep in one way or another, but does that mean they are bloodthirsty enough to end so many lives? 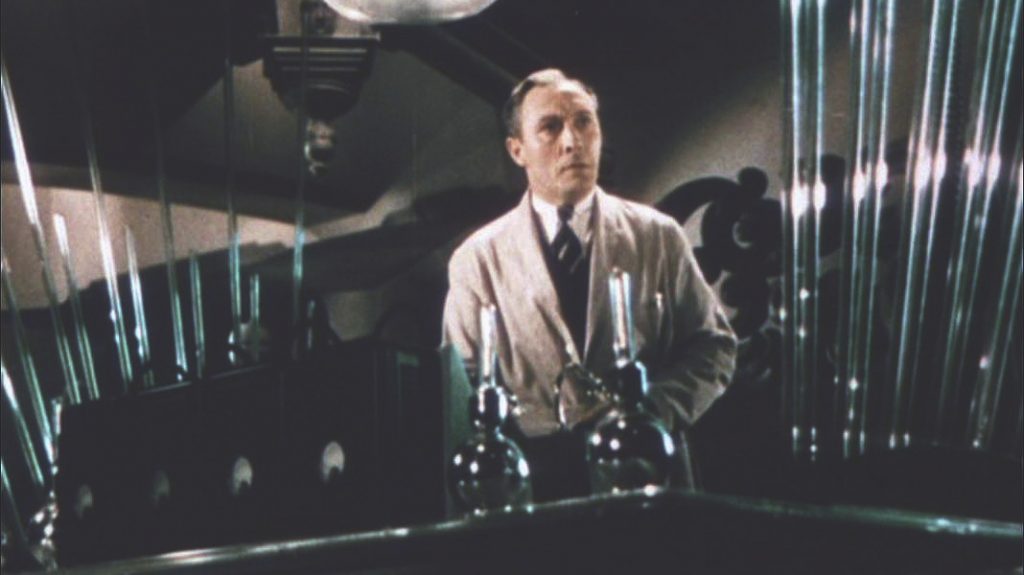 The performances from all involved are among the standout aspects of the entire endeavor. While the suspects have more distinct personalities, you cannot dismiss the importance of reporter Lee Taylor (Lee Tracy), who is putting his best foot forward in investigating these murders. That is, when he is not getting somewhat distracted by Doctor Xavier’s daughter, Joanne (Fay Wray). Joanne is fiercely defensive of her father and put off by the opportunistic nature of Taylor, but it is clear there is the beginning of a spark between these two accentuated by some on-screen chemistry that is quite endearing. The performers inhabiting the suspects make a big impression in other ways, as they make convincing cases as to why any one person could be the killer. Wells (Preston Foster) is an amputee who has been conducting research into cannibalism. Haines (John Wray) has some disturbing sexual kinks that are bubbling just below the surface. Duke (Harry Beresford) is not all sunshine and rainbows as a jaded paralytic. And finally, Rowitz (Arthur Edmund Carewe) is looking into the psychological effects of the moon.

Horror films are not often given the respect they deserve, but director Michael Curtiz shows how much nuance can be brought to even the most unlikely productions. The sets are made to be erected without breaking the budget, but it is obvious there is a level of care put into them that makes them anything but disposal. At less than 80 minutes in length, this film moves along at a very strong pace without anything ever feeling dragged out. There is more than one scene where Doctor Xavier is trying to suss out the identity of the killer that conjures up some pulse-pounding tension. This movie is a textbook example of establishing a sinister atmosphere and allowing the payoff of the film to be more terrifying than audiences of the time could probably handle. Even from a present-day perspective, there is some imagery included in the film that might be hard to shake from your head. This combination of strong performances, self-assured directing and a genuinely creepy script makes this one a must-see for classic horror films. 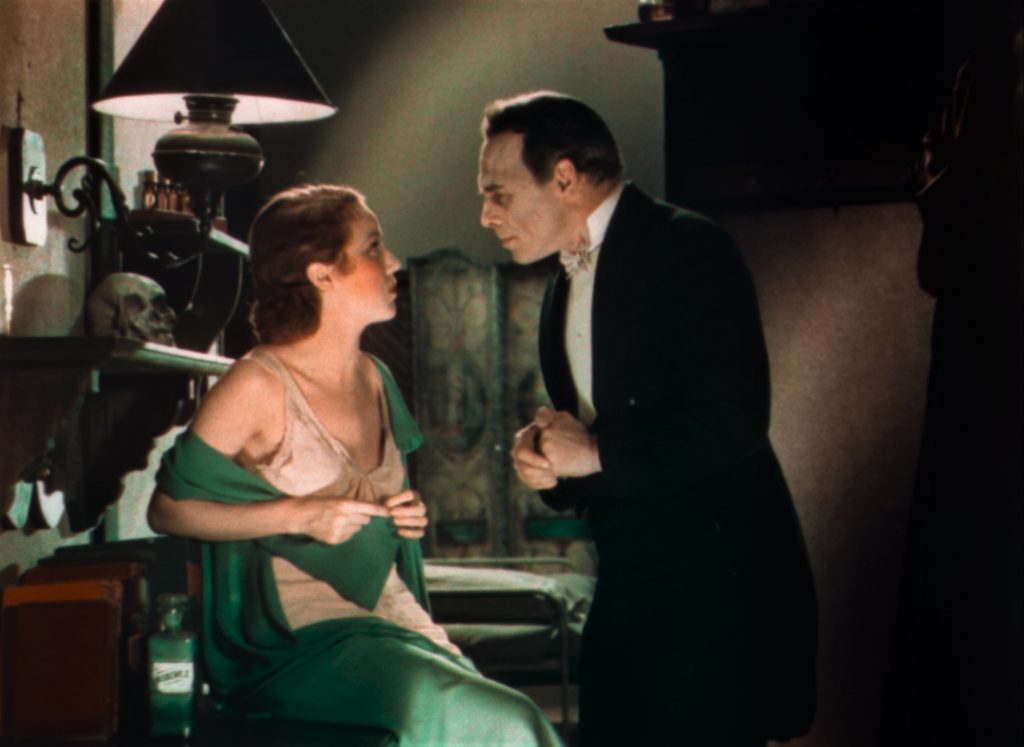 This shining new 1080p Blu-Ray from Warner Archive is derived from a recent 4K restoration of the last-known surviving nitrate Technicolor print led by the UCLA Film & Television Archive and The Film Foundation in association with Warner Bros. Home Entertainment. It is truly amazing to view a film that is nearly 90 years old and have it look so immaculate. The transfer is respectful of the original two-color process with some very strong contrast levels. There is a very nice amount of natural film grain with a nearly imperceptible amount of debris or damage to be found. The black levels look great and hold up well throughout, and there is no evidence of any compression artifacts. The level of shadow detail present here is a wonder to behold. Considering the brittle elements that the restoration team was working with, this effort is something truly magical. This transfer is a gift from the heavens for classic horror fans.

Doctor X is presented here with a DTS-HD 2.0 Master Audio mix, and it thankfully honors the original single channel presentation. The Vitaphone Orchestra provides a very pleasing original score as conducted by Leo F. Forbstein that is well balanced with the dialogue and background noises throughout. Dialogue is rendered crisp and clear in a way that is greatly appreciated. There is a minimal amount of age related hiss, but for the most part the audio presentation is pretty spectacular and free of issues. There are no signs of sync issues or anything else of the sort. Warner Archive does provide optional English (SDH) subtitles. 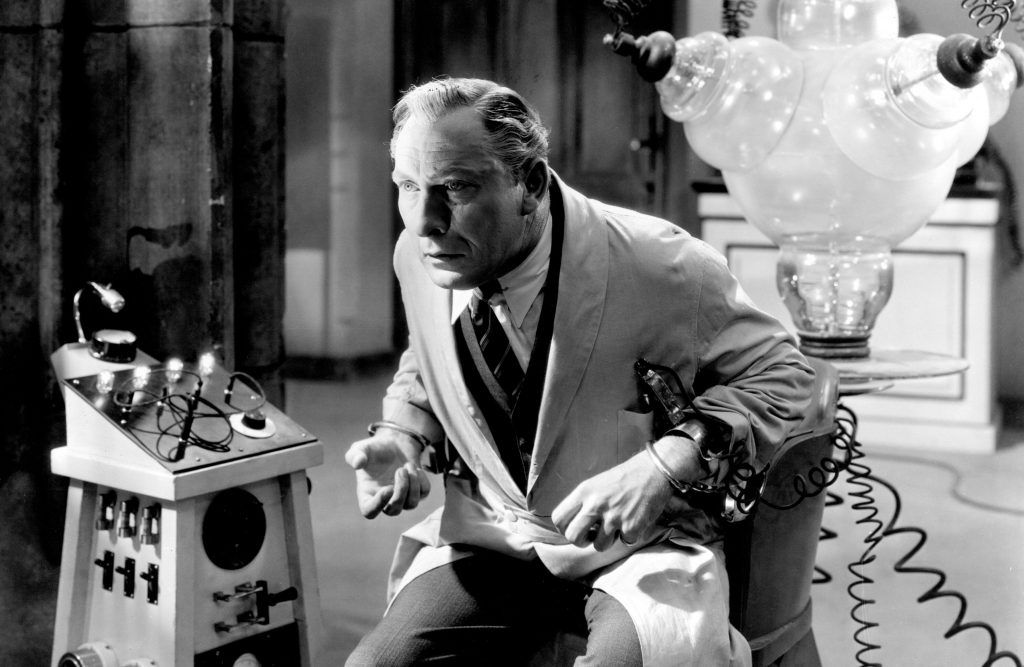 Doctor X is a pretty straightforward horror-thriller with an impeccable command of atmosphere that unfolds at a really nice pace. The performances are strong across the board, with an especially lovely Fay Wray. Even after all these years, there is something about the film that will send a slight tingle up your spine. Warner Archive has rescued this horror classic with a brand new Blu-Ray with an astonishing A/V presentation and some interesting special features. Not only that, but you get both the original two-strip Technicolor version of the film as well as the Black and White version. Warner has pulled out all the stops for this one, so horror fans owe it to themselves to check this one out as soon as possible. Highly Recommended

Doctor X will be available to purchase on Blu-Ray on April 13, 2021 from various online retailers.