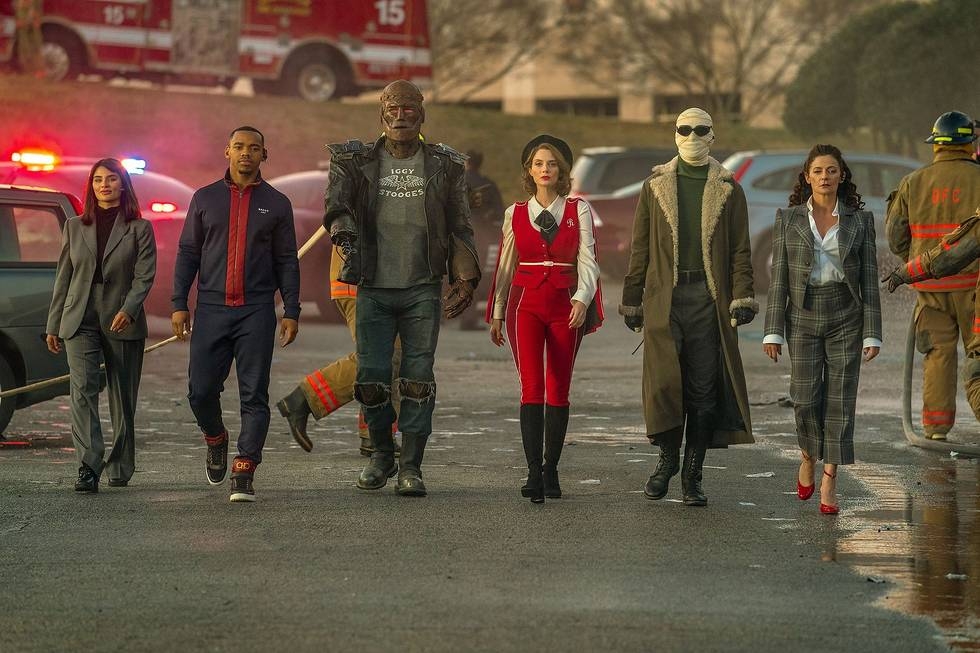 DC Comics’ Doom Patrol begins its fourth season on HBO Max with the strongest opening of the series. With three years under its belt, this two-episode premiere wastes no time introducing a new threat for the team to face while also setting up some new storylines for each character this season. The introduction of this world-changing threat establishes an external conflict that also sets in motion internal conflicts for the members of the team.

Based on the comic series of the same name, Doom Patrol follows a group of super-powered individuals brought together by a man named the Chief, played in this series by Timothy Dalton. The show follows this unusual group as they struggle with their self-identities as well as their roles as part of the larger group.

In past seasons, Doom Patrol has struggled with creating a focused season-long storyline. Due to the serial nature of the comic series, the writers have often elected to have the Doom Patrol face a different threat in each episode. While this has allowed the series to adapt many comic characters and stories, it often came at the expense of creating a cohesive overarching narrative. However, the season four premiere strikes the perfect balance between adapting from the comics and establishing a through line for the storyline this season.

This season’s new and overarching plot is further strengthened by the fact that it feels like the culmination of storylines established in the previous seasons. While the premiere mainly focuses on the conflicts and unanswered plot elements of the immediate past season, there are many ties to the first two seasons as well. The zany yet sporadic storytelling of the first three seasons seems to have paved the way for a tight and focused narrative for the fourth season.

Doom Patrol has always been a show that prioritizes character work and backstory. Each member of the team has their own experiences that have shaped who they are and how they interact with one another. Similar to the main plot, this season’s character arcs also effectively build on the storylines that came before them. The show’s heavy investments in character work allow the writers to set up well-developed and natural arcs this season.

This premiere gives each member of the Doom Patrol a character arc that feels like a natural progression for their respective storylines over the past three seasons. Perhaps the biggest beneficiary of this character work is April Bowlby’s Rita Farr, as audiences can track how the events of the past few seasons have shaped the trajectory of her character arc. It will be interesting to see how her journey continues to develop throughout the season.

Going into their fourth year in their respective roles, it is clear that the main cast knows their characters inside and out and that they feel very comfortable bouncing off each other. The scenes with the entire ensemble continue to be outright hilarious. A surprise standout in this premiere is Michelle Gomez’s character, Madame Rouge, who continues to prove herself as a great new addition to the already stellar ensemble cast. Gomez’s expanded role this season reinvigorates the comedic dynamic of the show but also introduces another compelling new character arc for the show to explore. As viewers may question her role on the team moving forward, Rouge is also struggling with finding her place in the group.

The other standout in this premiere would be Brenden Fraser’s Robotman, as the actor continues to bring new depth to the fan-favorite character as he navigates a new sense of purpose. Fraser never fails to deliver an incredible voice-acting performance that ranges from emotional to outright hilarious often times in the same scene. The premiere places a heavy focus on Cliff’s new storyline, as it tests the character’s loyalty and commitment to his blood-related family as well as his newfound family as part of the Doom Patrol.

Most importantly, the show continues to find the perfect balance between compelling storylines and comedic moments. The show’s juxtaposition of its damaged characters and increasingly absurd situations truly makes this a one-of-a-kind show. While these two episodes certainly have their share of dramatic moments, the comedic elements also feel right at home with the previous seasons.

Perhaps the most prominent example of this is the introduction of a character named Codpiece, a villain appropriately named based on the placement of his signature weapon on his crotch. The confrontation between the Doom Patrol and this absurdly hilarious villain is definitely a highlight of the premiere.

Doom Patrol continues to prove itself as one of the standout shows of the Superhero genre. Going into its fourth season, it is clear the showrunners know exactly what they want this show to be: a character-driven and crazy adventure unlike any other show on TV. This seaon’s strong start takes the character arcs in new directions that are bound to shake up the already unstable team dynamic of the group. The show feels back and better than ever with a fourth season that has been three years in the making.

The fourth season of Doom Patrol will premiere on Thursday, December 8 with two episodes on HBO Max, followed by one episode weekly.

Doom Patrol continues to prove itself as one of the standout shows of the Superhero genre.