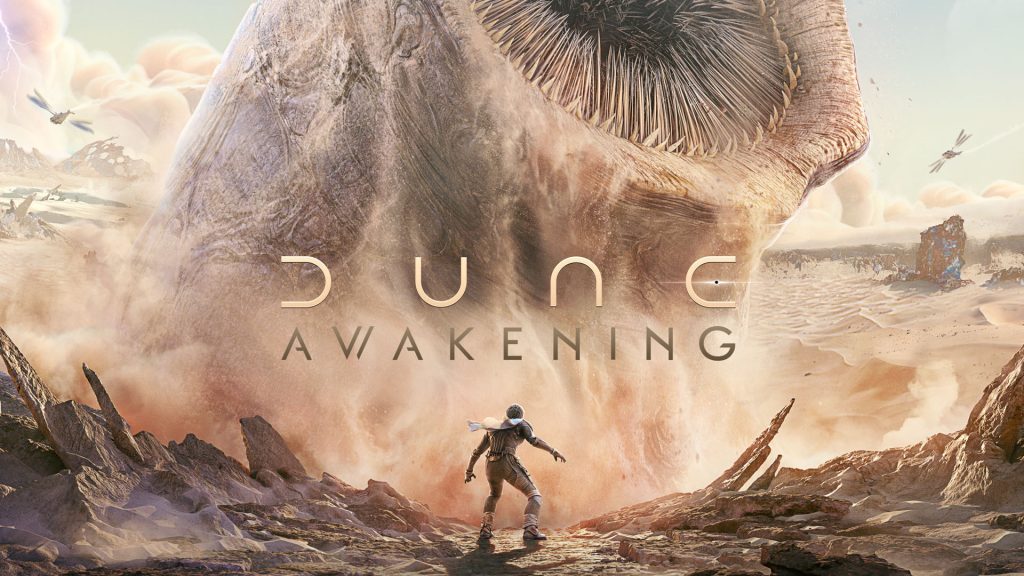 Thanks to the fantastic hullabaloo Denis Villeneuve’s vision of Frank Herbert’s anthology on the big screen, gamers will get to open their eyes to Dune: Awakening.

A trailer smashed at Gamescom 2022 opening night of a cinematic scene with who is either a beach bum version of Paul Atreides, whose mama shacked up with Jake Gyllenhaal or a customized player avatar. In the sweeping trailer, we hear our hero chanting the “Litany Against Fear.” And, within seconds, he is ready to tackle Shai Hulud (that’s Fremen for those monstrous, eight-football-fields-long sandworms).

The trailer felt like one bodacious open deserted, or dystopian world (depending on your perspective), ripe with all the feels the movie gave us last October.

Oh yeah! What a way to start the gaming wonderland. It’s been a minute that Funcom (Conan: Exiles, Mutant: Road to Eden, Secret World: Legends) announced planning for a Dune game. Slated to become an open-world survival MMORPG–that’s massively multiplayer online role player game, for those scoring at home–Funcom brought all the spice!

Rise from survival to dominance in Dune: Awakening, an Open World Survival MMO set on a vast and seamless Arrakis shared by thousands of players.

According to Funcom’s press release, dropped on the same day as the Gamescon trailer, Dune: Awakening “combines the grittiness and creativity of survival games with the social interactivity of large-scale, persistent multiplayer games to create a unique and ambitious open-world survival MMO.”

That’s dork jargon for “this game promises to kick @$$!”

It’s where our roots are. We built on that with Conan Exiles, our first big success in the survival space. With Dune: Awakening we’re bridging the survival and MMO genres to create something truly unique and ambitious within a universe we’re all so passionate about.

As that Sandworm gobbles up a spice harvester for its morning bowl of Fruity Pebbles, you instantly get the feeling this game will take inside the caves on out to the dunes of Arrakis.

Based on the game’s synopsis, players will get the chance to “head into unmapped sectors and be the first to discover secrets and riches before the Coriolis storms once again shift the sands and alter the landscape, narrowly escape colossal sandworms, build your home from the shelter to mighty base, and traverse the dunes in iconic vehicles from the universe.”

If you visit the Dune: Awakenings website, users can sign up for a beta version of the game. This is where you learn to explore the desert planet differently — on foot, spice harvester, or even ornithopter. Funcom doesn’t appear to pull any punches with this game.

Players will be able to experience the harrowing fear and struggles as the Fremen with a seamless open-world experience. You’ll learn how to take shelter against a sandstorm (or worse), see how to maintain a Stillsuit, chum up with the locals (if they don’t challenge you first), go to the depths of Arrakis, and even control’s universe’s spice supply.

Dune: Awakening truly promises to bring the world of Dune to life in an exciting new way. We are thrilled to be creating this with a partner like Funcom, who is so adept at capturing the rich detail and wonder of cinematic worlds for the gaming audience.

Do you have what it takes to be Muad’dib? Try it out and bring the rain, if you’re so gifted. Although the shelf date is TBD, Dune: Awakenings is set to release on PC, PlayStation 5, and Xbox Series X|S.