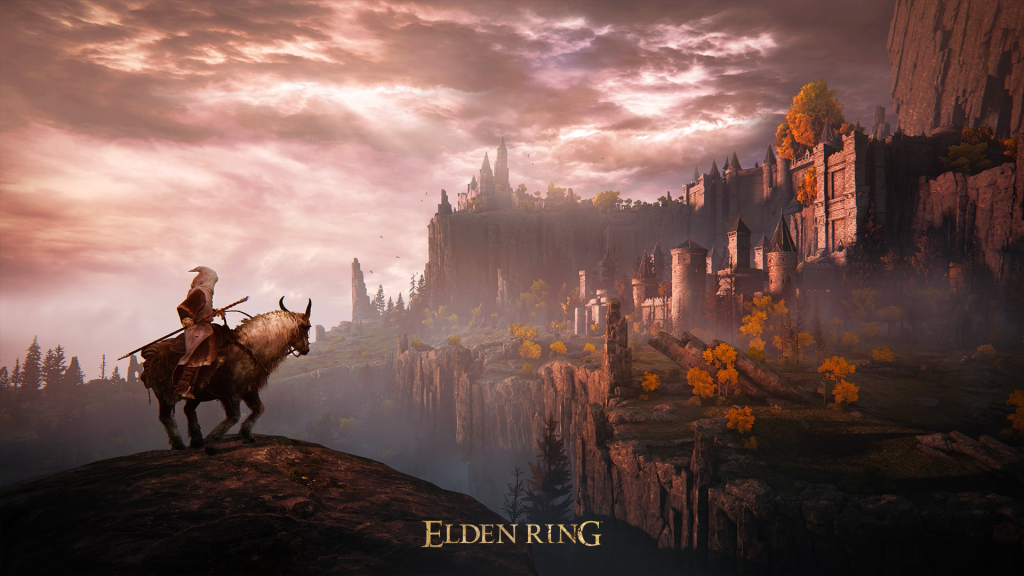 A thin mist sets over the Lands Between, the horrors it masks sure to bring even the bravest and most skilled adventurers to their knees. With blade in hand and only your will to guide you, you enter this strange land, a Tarnished returning to the very place that cast them out. But your quest is pure – fulfil the prophecy, restore the shattered Elden Ring, take your place as the Elden Lord, and restore some semblance of order to the Lands Between. 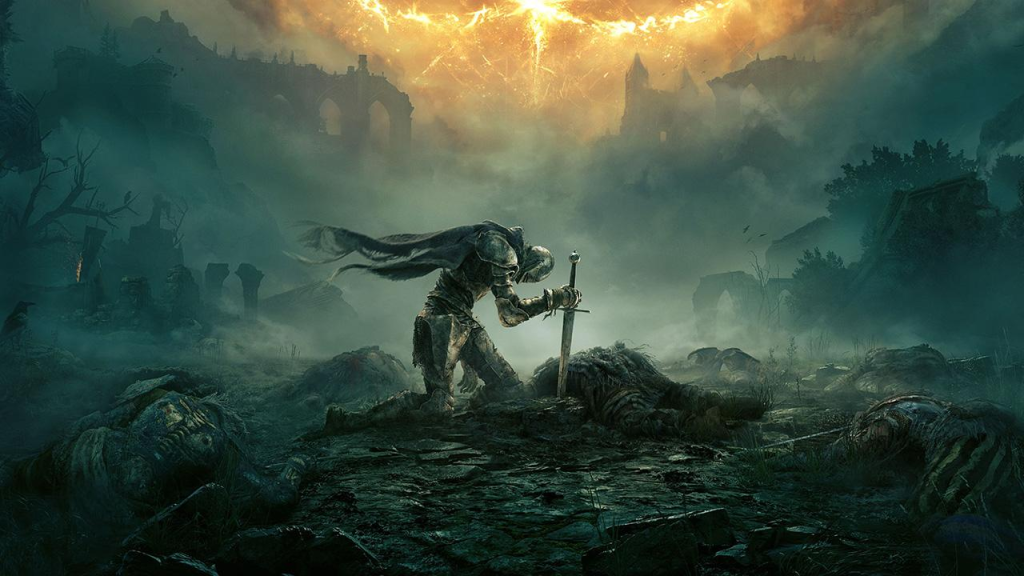 That all may sound pretty straightforward for a video game, but this is FromSoftware we’re talking about, and you can bet that the signature difficulty of the Souls series and Bloodborne is very much in play. Unfortunately (or fortunately, if it’s your preference), it’s become a call sign of the Japanese developer, and the dialogue surrounding Elden Ring has absolutely been geared more towards the punishing difficulty.

What many players that quit a little too early on will miss out on, though, is a beautiful and fantastical experience that builds upon a familiar concept to deliver a mostly fresh, solid, engaging, and, yes, often difficult adventure. 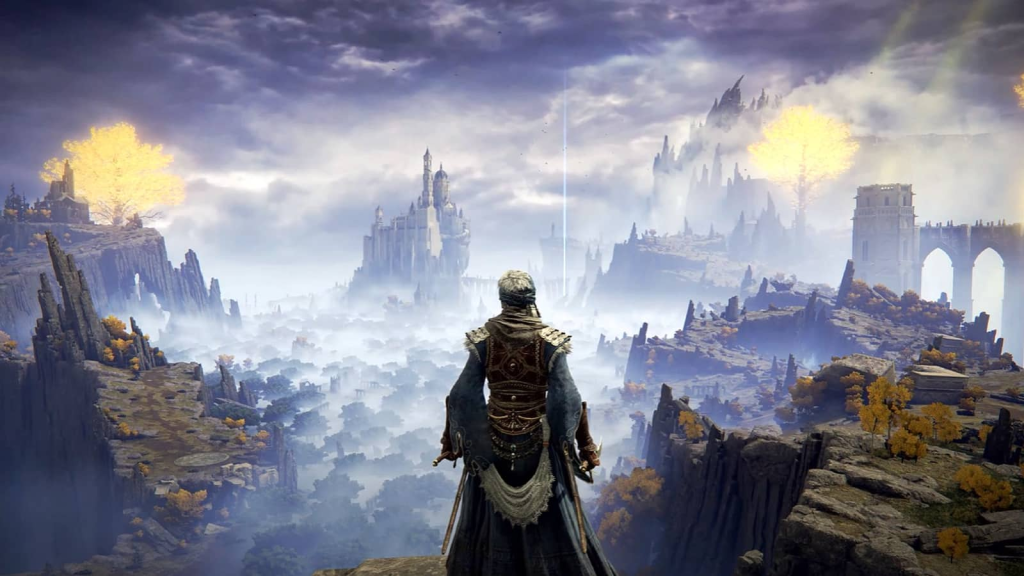 At the heart of Elden Ring is the Tarnished, a nameless protagonist prophesied to seek out the scattered pieces of the titular ring. Unlike FromSoftware’s previous works, Elden Ring unravels across an open world. This rectifies some of the claustrophobia and linearity of Dark Souls as players can choose their path, but it also enhances the dangers that await around every corner.

An open-world means FromSoftware had more space to fill, and fill it with devastating foe it did. Character design has always been a strong point for the developer, and it remains so here as enemies take on everything from hideously disfigured forms to elegant and regal threats.

On current-gen systems and PC, the visuals are above anything we’ve seen in the Souls series. Even PS4 and Xbox One owners enjoy a visually stunning world very rarely marred by framerate drops and artifacting. If you’re an Xbox owner that’s interested in getting the game, get some Xbox Live Gift Card from OffGamers here and get the game right now! 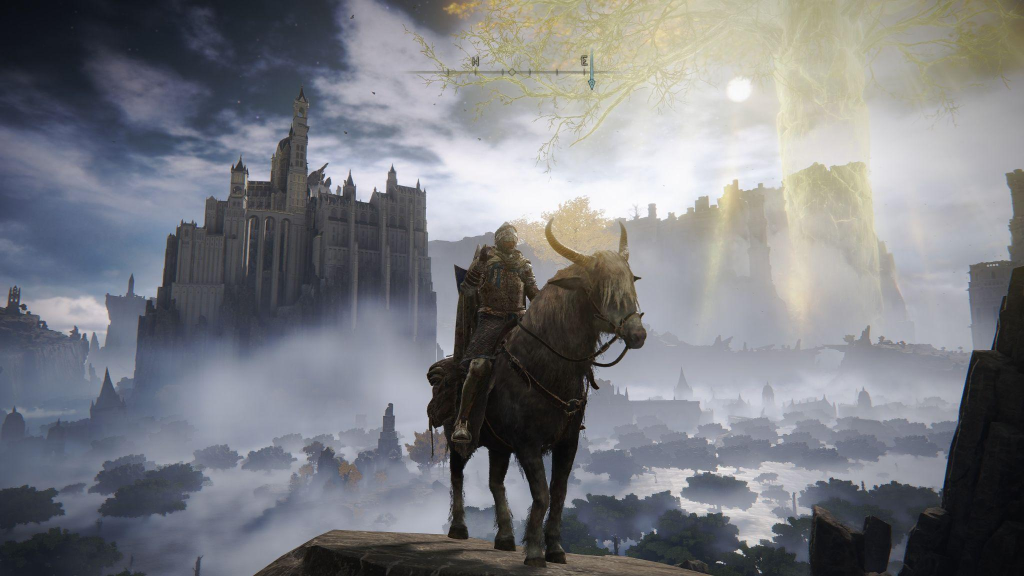 Players familiar with Dark Souls will immediately recognize the combat mechanics. Not too much has changed as the Tarnished cuts through fallen knights, risen skeletons, and lumbering brutes with a meticulousness not needed in most hack ‘n slash games.

The biggest change to the combat system also happens to rectify a primary concern with open-world games. Players can mount up on a horse, traverse the stunning landscapes, and rush enemies with a well-timed attack. Don’t let that freedom and speed get to your head, though. If you have a horse, you can bet some of your enemies will, too, and there’s nothing deadlier than a FromSoftware fiend mounted on horseback.

Though the combat does pick up the pace a little due to the vaster space and mounted travel, there is no survival in frantic button-smashing. Reading enemy behaviour is as important as ever, and knowing when to strike can be the difference between pressing forward on this journey or being sent back to Site of Grace hubs.

Players will need to understand the ins and outs of every weapon and skill they wield, which often comes with trial and error. And that’s where a game like Elden Ring could lose a bit of its steam for some. If you don’t mind dying repeatedly and can take a few failures, then you’re prepped and ready to step into the boots of the Tarnished. However, defeat isn’t for everyone, and it’s very easy to get frustrated.

This isn’t news to anyone that’s played a FromSoftware game, but newcomers drawn in by the intriguing world – built by A Song of Ice and Fire scribe George R. R. Martin – may find the unforgiving combat to feel broken. It’s not. Like Souls, it’s a familiar formula designed to challenge the player.

Everything is Too Familiar 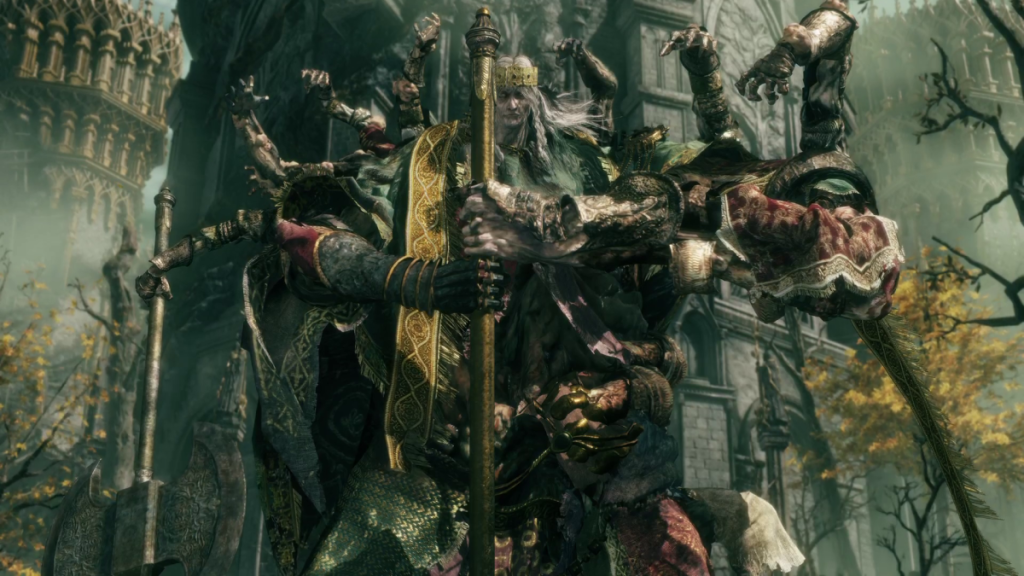 And that may be the game’s biggest grievance. It’s familiar. Sometimes a little too much like previous Dark Souls games and less like a new and innovative experience. As you traverse dungeons and return to cramped battlegrounds, it’s common to get a sense of deja vu. Like you’ve been on this quest before. Even many of the RPG mechanics, like the character creation, stat system, and upgradable weapons, are carry-overs from other FromSoftware titles.

With how good the Dark Souls series is, it may seem odd to call that a negative, but something to really change the look and feel of the game would have been refreshing. Even the story tends to teeter on the line of too familiar, but all it takes is a little time for things to pick up and really show where Martin’s talents were utilized. There is a lot to unpack as you cut through bosses and uncover the history of the ring, the Tarnished, and the prophecy, and the cut scenes that reveal it all are not to be missed. 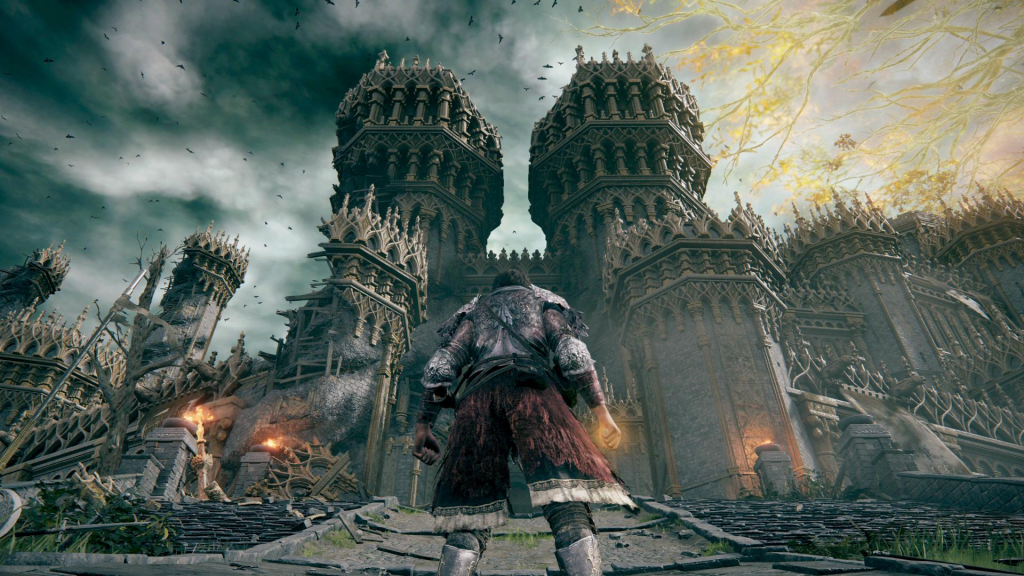 For every fault, there are a number of things more than making up for them. Chief amongst them – being able to forge your own path. Going open world is a direction we didn’t know Dark Souls needed, but it very clearly did. You feel more like you’re forging the Tarnished’s path, so every action you take and decision you make carries more weight.

When Elden Ring is at its best, which it quite often is, it delivers a rewarding open-world adventure that is just different enough from the Dark Souls series to feel original. While it would be nice for FromSoftware to step outside of this medieval-themed box, it’s hard to complain when one can continue to walk away completely satisfied and wanting more.