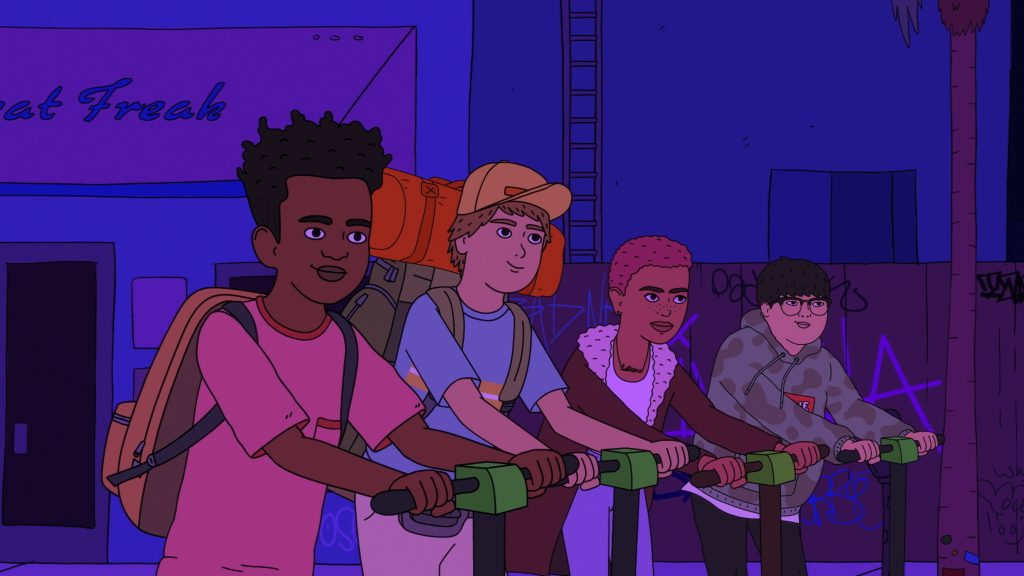 The gang-gang is back for more fun in Season Two of this irreverent animated comedy following the misadventures of four middle schoolers looking to earn their place in the culture. It’s a modern look at the timeless struggle to fit in and stand out, hold on to your ride-or-die crew, and kiss your first crush – who may or may not be A.I.

Blood may be thicker than water, but you need both to survive. Gang-gang for life.

Hypebeats everywhere rejoice. It’s time to grab your fanny pack, dust off that Latrine hoodie, and activate your alerts for the latest drops because the gang-gang is back and lit as ever. After Season 1 concludes with a Willy Wonka-esque finale, it results in disgruntled Latrine henchman, Brian starting his own brand, Off-Brian. It immediately ignites a brand-beef as an Off-Brian store invades Fairfax and captures the attention of everyone. The Hiroki Hassan hype wave that the kids had spent so much time trying to ride, now has fierce competition. And it’s competition that knows Latrine inside and out. Oh, and if you’re not fully aware, Latrine is a play on the real-life brand Supreme with Off-Brian being a play on Off-White. Both are two of the most influential clothing brands, with Supreme being more of a streetwear brand and Off-White being a marriage of streetwear and high fashion. The long lines and high demand that the series portrays are no exaggeration. I’ve never been able to keep up.

Enter season 2 and Off-Brian reigns supreme (pun intended), as hypebeasts, posers, and trendsetters have all but abandoned Latrine. That’s is, everyone except the clout-hungry Benny (Peter S. Kim), Truman (Jaboukie Young-White), Derica (Kiersey Clemons), and Dale (Skyler Gisondo). However, Dale is still down for his normcore steelo, but he rides for his friends so it’s Latrine or nothing, until it’s not. As the young teens traverse the world of hype and influence, there is a multitude of obstacles they must overcome in order to stay true and stay woke in order to keep the gang together. From crushes, brand deals, and label loyalty to an over-the-top principal and manipulative artificial intelligence, it’s never a dull moment on or near Fairfax.

Just as the inaugural season was a hilariously unconventional and entertaining time, this season is no different. In fact, it takes it up a level and fully leans into our obsession with all things popular and trendy. As the internet increasingly influences our everyday lives and fully consumes every moment of downtime, Fairfax continues to be a comedically dark mirror. It’s deeper than it appears but still manages to not take itself seriously in the slightest. At its core, the show is about the struggles to fit in and the difficulties of growing up in an ever-changing world. Along with all the wild happenings and teenage dramatics, there is heart, life lessons, and subtle complexities. The entire season has a vibrancy that keeps things lighthearted when it’s at its darkest and a soundtrack to match. The voice acting is lively as the series is led by an all-star cast. And I really enjoy the animation style. This season is highly enjoyable and will reignite that youthful spirit you had when everything was new, exciting, and even a bit scary. It’s an easy watch and you will definitely finish all 8 episodes in one sitting. Don’t be lame and miss out. Its rewatchability is high. 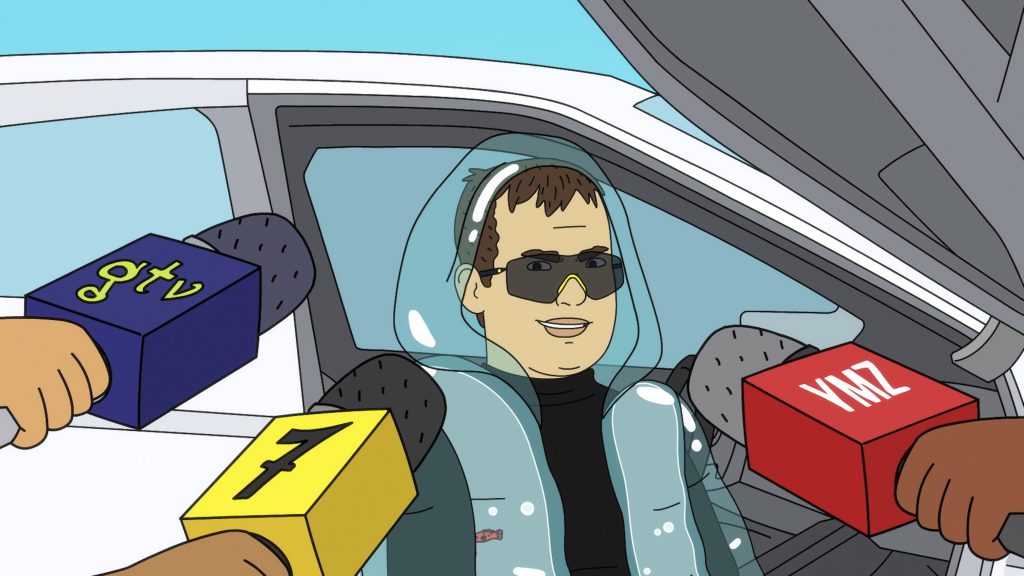 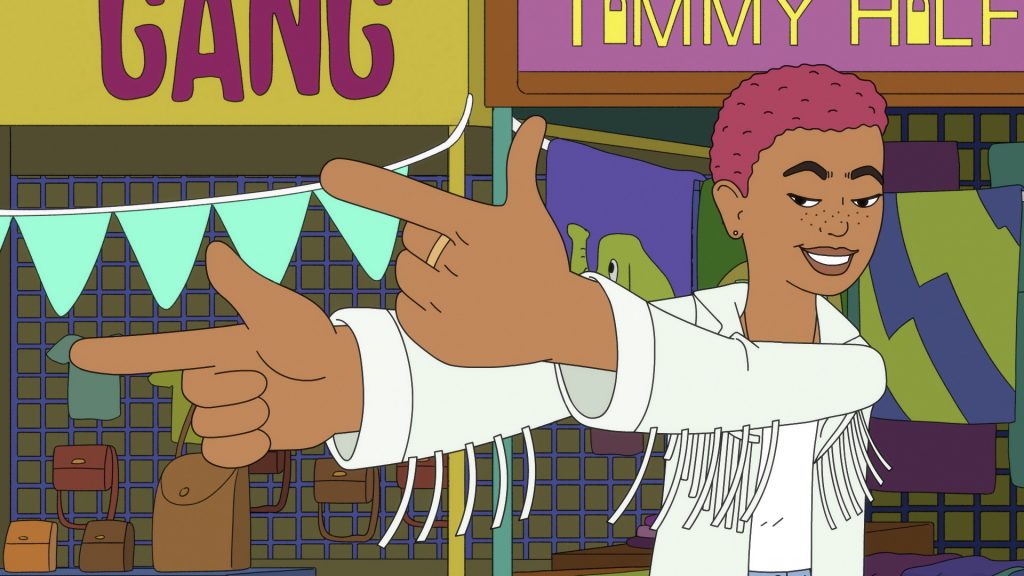 Just as season one is full of great episodes, season two is chock-full of greatness. However, there are those that outshine the rest and are ones that you’ll want to revisit when the replay urge hits. For me, it’s episodes, 2, 4, 5, and 7.

Episode 2: So You Think You Can Grieve? feels like a classic sitcom hijinks with a clout score twist. When the students of Fairfax Middle find out that Principal Weston has died the mourning process is unlike most. Not only do the kids take it as an opportunity to gain likes and followers, but it’s also a way for Derica to get closer to her crush. There’s also a twist that fits the show perfectly.

Episode 4: Career Day separates the gang-gang and allows them all to go on their own journeys. Derica becomes the face of a company, Benny finds a hidden skill, Truman runs into an old flame, and Dale enters enemy territory. This episode is where the season really ramps up.

The next episode is a lot of fun. Episode 5: This Binch is on Fire gives great Breakfast Club vibes. While it has been done before, it’s always enjoyable. In this episode, Derica is sent to detention along with some other students because there are all suspects in a bathroom fire. While Derica is stuck in school jail, Truman is tasked with putting his love of directing to work by creating an updated and extremely lit fire-safety video.

Lastly, I enjoyed episode 7. It’s titled Big Little AI’s and friendships are tested and reputations are ripe for dragging. It’s a fantastic precursor to the finale that creates a rift within gang-gang and prepares for a Latrine versus Off-Brian fashion war. 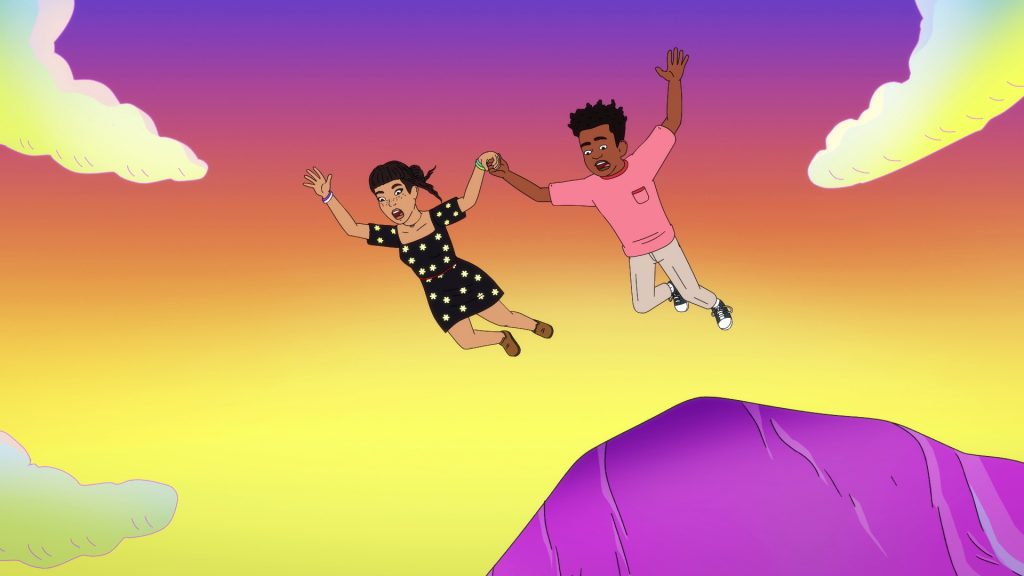 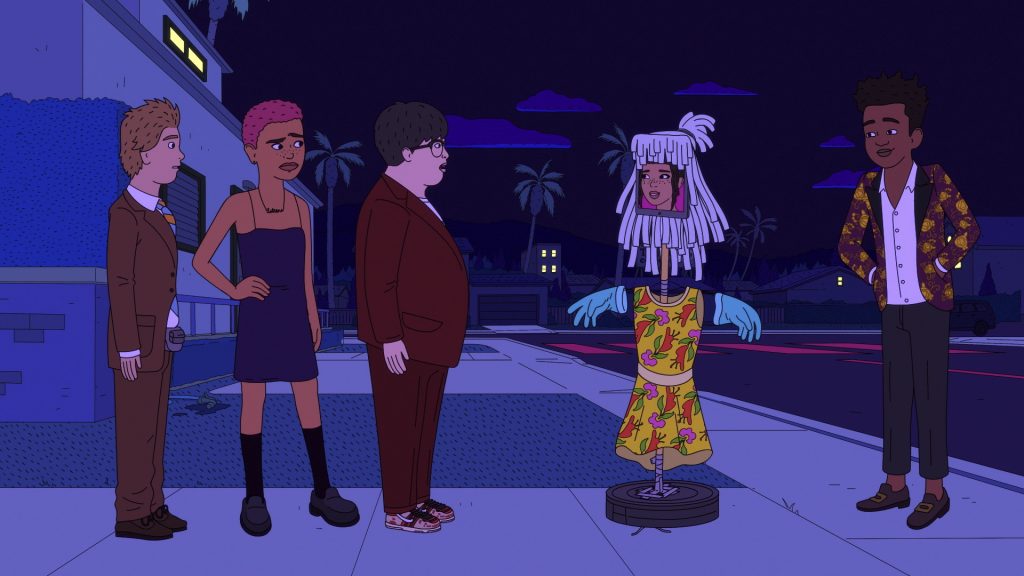 The fast-paced nature of this series and the easily digestible storylines make for highly entertaining viewing. With how the season ends there should most definitely be a third season as we may see the rise of Cerise. Spotting all the real-life influences and references in each episode is probably my favorite part of the series. I’m excited to see what they come up with next. 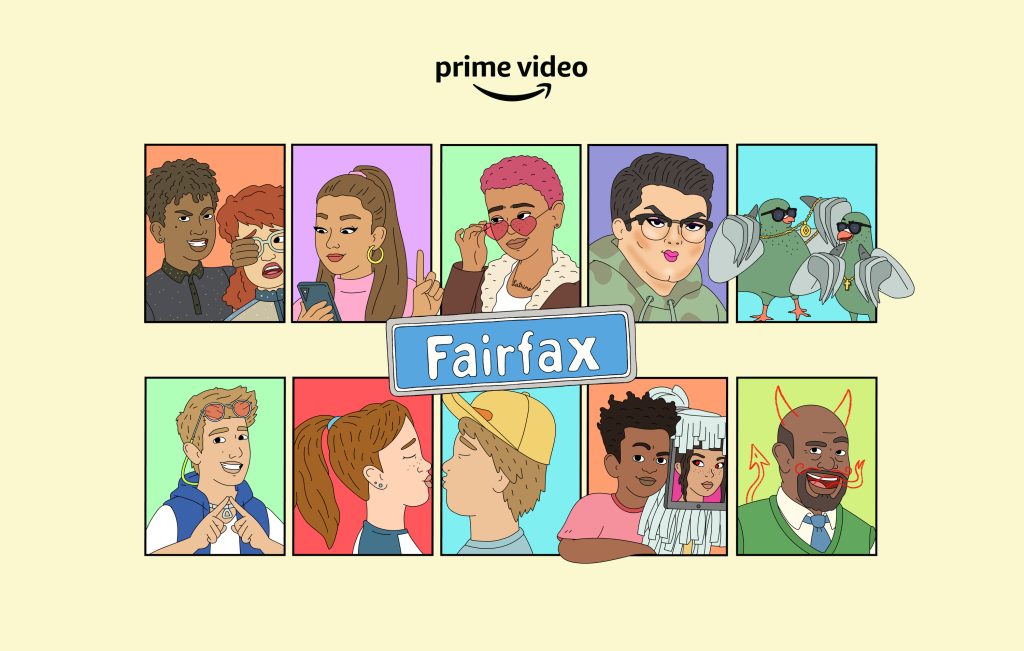 The fast-paced nature of this series and the easily digestible storylines make for highly entertaining viewing.