‘Fate: The Winx Saga’ Season 2 Review – Fans Of Season One Will Enjoy The Show’s Sophomore Season 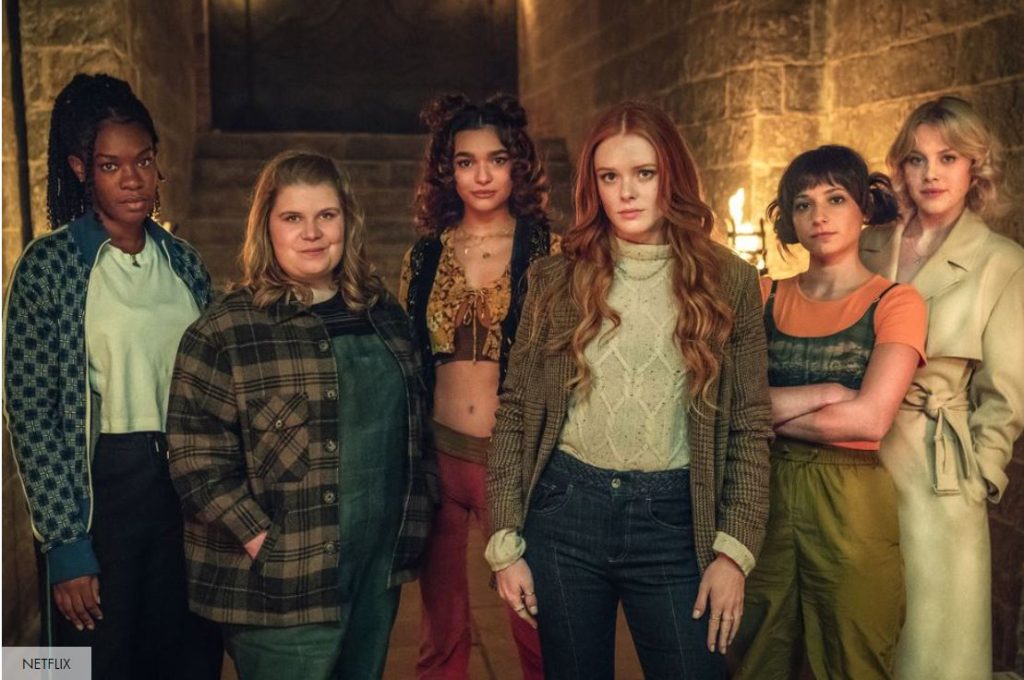 Fate: The Winx Saga is a live action, contemporary fantasy show based on the popular animated Winx Club series. When the show debuted last year, fans were torn when much beloved characters from the cartoon were scrapped, merged, or had their backstories changed or erased all together. Season 2 of the supernatural teen drama attempts to course correct some of the issues from Season 1. Whether the series does this successfully is entirely up to personal taste.

The series opened with Bloom (Abigail Cowen) arriving at the Alfea, a magical boarding school located in the Otherworld, after discovering that she’s a fairy with fire-based abilities. These abilities manifested in the most traumatic way and almost cost her human parents their lives. Bloom is determined to get a handle on her powers and find out their origins when she arrives at Alfea. She meets and quickly befriends her roommates: the studios water fairy, Aisha (Precious Mustapha); the down-to-earth and sweet earth fairy, Terra (Eliot Salt); the sensitive and reserved mind fairy, Musa (Elisha Applebaum); and the vain and dismissive light fairy, and princess, Stella (Hannah van der Westhuysen).

There’s also the snarky air fairy, Beatrix (Sadie Soverall). Although Beatrix isn’t a member of the main friend group, she alternates between ally and foil for the girls. The show’s male characters: Sky (Danny Griffin), Riven (Freddie Thorp) and Dane (Theo Graham) are warriors known as Specialists. They train and fight alongside fairies to ensure the safety of the school and the Otherworld.

As the season unfolds, the girls deal with normal teen drama such as bullying, unrequited crushes, and love triangles. In the midst of it all, Bloom is on a quest to discover where she comes from. Although it’s theorized that she comes from a long dormant line, the strength of her abilities prove that she must come from a very powerful fairy family.

Her investigation culminates in her finding and freeing former Alfea headmistress, Rosalind (played in season 1 by Leslie Sharp). Rosalind ends the season by killing current headmistress, Farah (Eve Best) and taking over the school.

When Season 2 begins, Rosalind (now played by actress Miranda Richardson) has turned Alfea into a tightly guarded, more brutal version of itself. Bloom and the gang are monitored at every turn and must contend with Rosalind’s authoritarian rule while also trying to keep each other, and those they care about, safe.

But Rosalind is far from the only threat the girls and the students of Alfea have to worry about. Fairy and Specialist students alike are disappearing under mysterious, and sometimes deadly, circumstances. A breed of nasty creatures known as Scrapers are attacking fairies to steal their magic, and the Blood Witches, long thought to be dead, have returned and plan on destroying their fairy enemies once and for all.

The girls will have to band together and call on new allies to help them take down the scrapers and stop the Blood Witches devious plot.

One of the main things I loved about this season is that it feels darker and more dangerous than the first season. Not only do the girls have to deal with the threat of Rosalind and her goons inside the school, there’s the very real and brutal threat of the scrapers and Blood Witches. The sophomore season of a show should up the ante from the first season, and the show does that well. 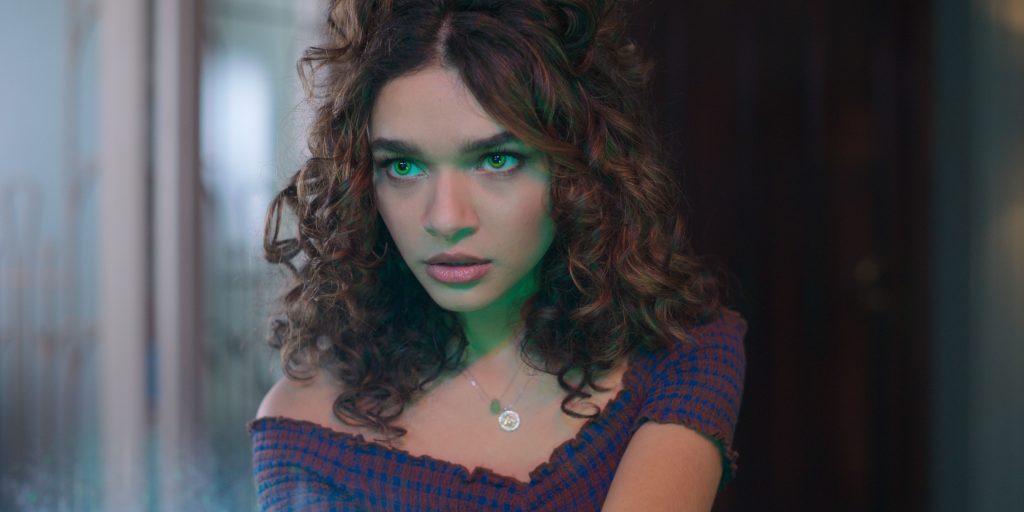 Abigail Cowen continues to do a great job portraying our lead heroine, Bloom. Bloom is more feisty and powerful than ever this season. Abigail brings strength, resilience, and playfulness to the role and it makes the character endearing. Is she perfect? No. But you can’t help but root for her. Watching her relationship with Danny Griffin’s character, Sky, is another strength of the season.

The two are adorable and endlessly supportive of each other. The show doesn’t waste time revisiting the Bloom-Sky-Stella love triangle from season 1, thankfully. Although Sky and Stella have a few moments here and there, it’s strictly platonic and friendly. The two care about each other because of their history, but their connection isn’t a threat to Bloom. Sky deals with the return of his father, Andreas (Ken Duken), who he thought was dead. He must also deal with the fact that Silva (Rob James Collier), the father figure that raised and mentored him is now on trial for the attempted murder of Andreas.  I appreciate what the show attempts with this storyline, but its execution left a lot to be desired.

Stella fans will be put through the wringer this season, I’m afraid. The character’s rebellious use of her powers results in a painful and gruesome punishment that leaves her bound to the Alfea campus. Her contentious relationship with her mother, Queen Luna (Kate Fleetwood) continues, however, we get to see Stella stand up to her mother in a key episode near the end of the season. We also see the character form a surprising friendship with Beatrix. I actually enjoyed this, and wish the showrunners spent more time building this relationship up.

Speaking of Beatrix, she spends the season struggling to choose a side. I enjoy morally conflicted characters, and this aspect of Beatrix sets her apart from the other characters in the series. Fans of the original animated series will love the tantalizing hint we get about Beatrix’s siblings. I look forward to this thread being picked up in the next season.

Both Terra and Aisha get love interests this season, but only Aisha’s ends up playing a crucial role in how the season unfolds. We get a surprising revelation regarding Terra, and I wish the series had more time to explore it. Again, this is something I’d like to see explored more in a future season. Both actresses do a great job with the material they’re given. I’m glad Aisha got more of a storyline of her own this season, but what I’m really looking forward to is meeting her overbearing parents. I think that’s when we’ll really see what this character is made of and watch her be challenged in a meaningful way.

The introduction of Terra’s cousin, Flora (Paulina Chavez), is another reason fans of season 1 will enjoy this season. Flora was one of the many characters excluded last year, and this earned the ire of many fans. Flora is powerful, smart, and a free-spirit. Her relationship with Terra reveals interesting aspects of both characters and I look forward to seeing more of her in the future. Chavez seems to be having a lot of fun here, which makes the character even more enjoyable to watch.

Then we have Musa. I was left conflicted about her storyline, because in many ways, it feels like she ultimately ends up where she started in Season 1.  She misuses her powers this season and it ends up destroying a relationship that means a lot to her. I can’t say too much more about her storyline without spoiling it, but she begins to resent her abilities once again. One of the more interesting things that happens is her developing a friendship with Riven. Once freed from his three-way relationship with Beatrix and Dane, Riven begins to develop in some interesting ways. While he isn’t fully redeemed, it’s definitely on the horizon.

And finally, our new Rosalind, Miranda Richardson, brings the same sinister edge her predecessor did to the role. Rosalind is a character fans will be conflicted about because there are times in which you get the sense she’s trying to manipulate the characters, but other moments in which you want to believe she really is trying to help. She’s a very morally gray character, and it makes her a joy to hate.

As I mentioned in the opening, the show does attempt to course correct issues from season 1, like introducing the much beloved Flora and actually giving Aisha a storyline outside of being Bloom’s wing woman, and including more transformations (I won’t say who transforms, but the trailer does spoil it.)  The show also successfully ups the ante from season 1. This season is darker and the threats feel more real and frightening.

I suspect the show’s next season will be its last. There’s a lot of focus on the character’s futures and what kind of lives they’re interested in living after they leave Alfea. I also feel that the storyline the show set up can be concluded in a third and final season. Here’s to hoping we get to see it.

Fans of season 1 will find a lot of love here. Although I think the show will struggle to find new fans, its mix of supernatural mystery and teen melodrama is watchable.

The second season of Fate: The Winx Saga is currently available to stream on Netflix.

Fans of season 1 will find a lot of love here