‘Fever’ (Short Film) Review – Poignant, Attention-Grabbing, and All Too Real

Fever is a psychological thriller which follows Jay and Andre who, after a series of violent events, escapes Jay’s conservative hometown in search of a fresh start in Brooklyn. While taking a pit stop to celebrate Andre’s mother’s 60th birthday, Jay’s mental health unravels as he faces the reality of his relationship and the dangers of his whiteness.

Time is said to heal all wounds, but first, those wounds must be acknowledged, attended to, and cared for. While physical wounds may leave no evidence of existence once healed, psychological damage may never quite dissipate. Trauma, whether acute, chronic, or complex, can lie dormant for years. However, in a society full of literal and figurative triggers, you may never fully escape what plagues you. That’s why it is important to surround yourself with people who love and care about you. It’s also important that they know what boundaries of yours are not to be crossed. You can and will heal, you just have to put in the work. It may take a while but I promise it’ll be worth it in the end.

“This is not about you anymore.”

Sometimes you have to show people in order for them to completely comprehend. Directed by Angele Cooper and written by Jeremy Feight, Fever is a poignant, attention-grabbing, and all too real psychological thriller. Living somewhat in the same realm as Get Out with its thriller elements and subject matter, this short film takes on race relations from an unexpected stance, shame, guilt, and understanding. Not only that, but the story also momentarily highlights the difficulty of being gay in the Black community as well as interracial relationships. Not to mention, bipolar disorder. Told from the point of view of Jay, Andre’s white boyfriend. Jay isn’t quite sure of the receptive nature of Andre’s family, however, his family isn’t too fond of Andre being Black either. Flowing seamlessly, the film handles all topics with care while giving you a raw experience that many of us have seen first hand. It also provides context for those ignorant to the plight of both Black and LGBTQIA+ communities as well as the intersection of the two.
Just because you’re invited to “the cookout”, doesn’t mean that you’re welcome. As the story transforms into a crimson colored fever dream, the crux of the short film explodes as whiteness is consciously or unconsciously weaponized. Well written and directed, Fever is definitely a conversation starter and probably a bit divisive. As some people have to deal with uncomfortable truths and harsh realizations, others of us experience a sense validation as we witness a lived reality. With messaging for all but allies in particular, this film should be both appreciated for its frankness as well as its creativity. I thoroughly enjoyed Fever and look forward to future work by the writer and director. Its rewatchability is high.

The pacing is perfect as the story goes from calm and effortlessly melds into full-blown drama. What popped for me is the film’s awareness of itself. It sets itself up with a valid excuse but doesn’t allow itself to use it. Instead, it holds itself accountable.

The performances are great all around. However, David J. Cork and Jeremy Feight as Andre and Jay, respectively, are the clear stars of this outing. Their performances are as powerful as the story. While Andre embodies the fear, hesitation, and frustration of the Black Experience, especially in interracial relationships, Jay represents woke unconscious weaponized whiteness. The dynamic between the two increases in intensity as the film progress until it explodes in a powerfully charged message. 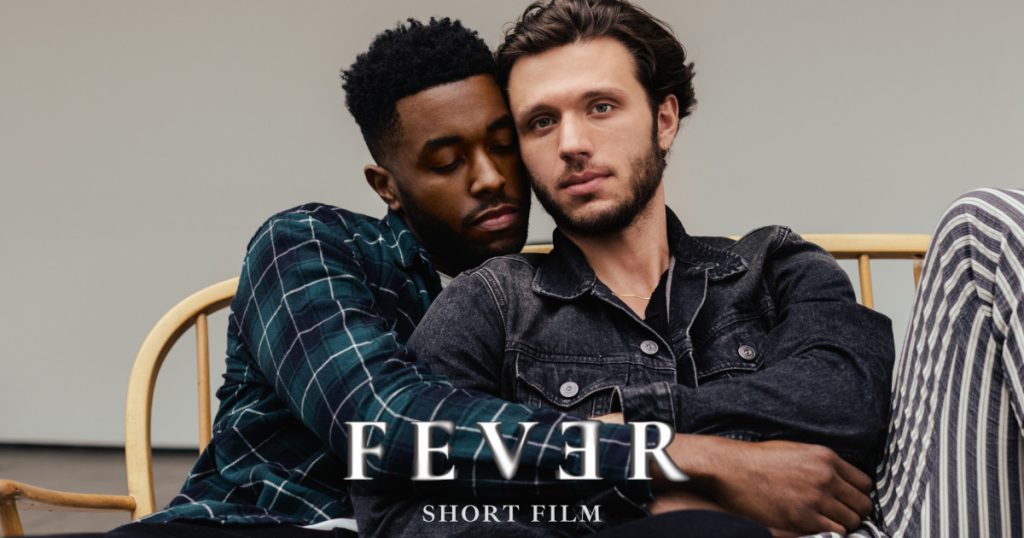