Film Noir: The Dark Side Of Cinema VII Blu-Ray Review – A Trio Of Palpable Tales Of Political Corruption 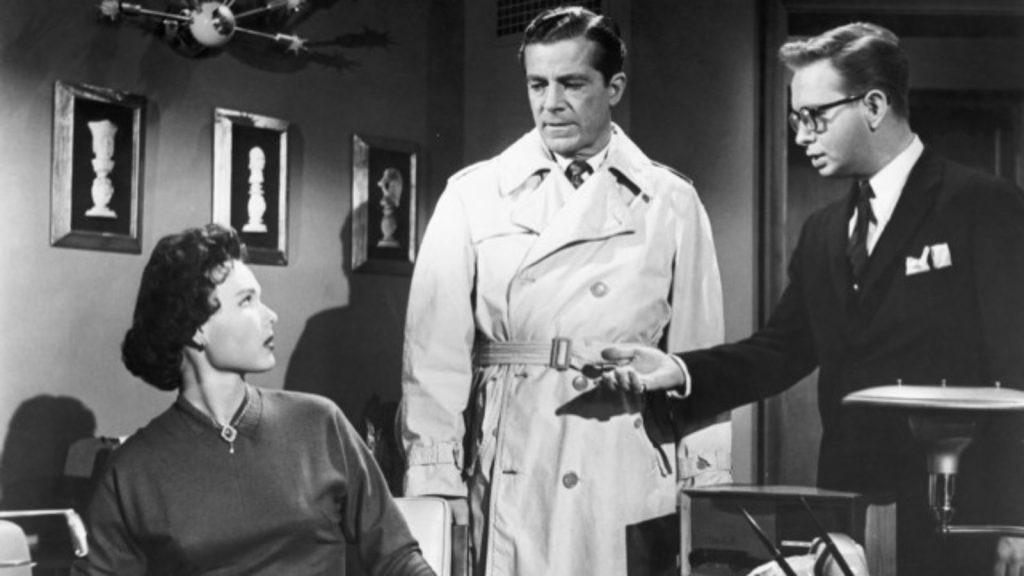 THE BOSS (1956) – Noir and sci-fi specialist Byron Haskin (I Walk Alone, The War of the Worlds) takes on The Boss in this gritty crime classic. Following World War I, ruthless veteran Matt Brady (John Payne, 99 River Street) inherits the clout of his political kingpin brother and climbs the ladder of corruption all the way to the top of the state. His amoral practices and sheer arrogance lead to broken friendships (William Bishop, The Redhead from Wyoming) and romances (model-turned-actress Doe Avedon and Gloria McGehee, A Child Is Waiting) along the way. Based on the real-life scandal of Kansas City politico Tom Pendergast, The Boss is celluloid dynamite from the pen of Dalton Trumbo (Spartacus, Lonely Are the Brave), originally uncredited due to Hollywood’s blacklisting.

THE FEARMAKERS (1958) – Directed by master of noir Jacques Tourneur (Cat People, Out of the Past), The Fearmakers is a potent parable about the power of people who control our ideas. Dana Andrews (The Ox-Bow Incident, Boomerang) stars as Alan Eaton, a Korean War veteran who returns home after being tortured and brainwashed as a P.O.W. and resumes work at a public relations firm in Washington, D.C. He finds that things aren’t quite as he left them, as he uncovers a hotbed of political manipulation that ensnares him in a web of suspicion. Communism and corruption run rampant in this riveting Cold War thriller co-starring Dick Foran (Chicago Confidential), Marilee Earle (Terror in a Texas Town) and Mel Tormé (The Big Operator).

For thoughts on the Film Noir: The Dark Side Of Cinema VII, please check out our discussion on The Video Attic:

The Boss, Chicago Confidential and The Fearmakers come to Blu-Ray with the three films each given their own disc. These films share a lot of the same qualities, so I will mostly be judging them as a group while pointing out noticeable differences when necessary. All three films were given new 2K scans which all hold up well in terms of quality. No one presentation in this set represents a flawless effort, but the quality stays in the “very good” range throughout. Every film suffers from a bit of underlying print damage and other source anomalies, but the severity varies from film to film.

As mentioned, there is a small amount of print damage found in these presentations, with the deficiencies becoming less and less with each film. The Boss appears to have the most wear at the source, but even it largely looks quite fetching. There is an incredible amount of detail present throughout with nice textures on the costumes and in the environments and production design. The striking black-and-white photography across these films shines in high definition with natural grain intact. The grain field seems a bit thick or coarse in certain shots, but all transfers are resolved well. There are not very many moments where anything appears swarmy or unnatural. Black levels are fairly deep with no substantial occurrences of black crush or compression artifacts. Shadow detail is something that stands out well here, which is important for film noir. The contrast is balanced well, but the track does experience moments of density fluctuation in the print. While not without some issues, Kino Classics has delivered a great effort to preserve these films for fans of the genre.

The Blu-Ray set comes with a mostly serviceable DTS-HD 2.0 Master Audio track for each of these three films that presents them well within their creative ambitions. Dialogue is the star of the show, but there are certain scenes that quicken the pulse ever so slightly. The dialogue and background noises are balanced well with all competing elements so nothing gets lost in the mix. These tracks do present with a minor amount of age related wear and tear including some faint hissing, humming and crackles that likely date back to the source elements. Also, The Boss strangely has areas of the disc where some underlying thumping occurs which is quite unlike anything I have ever experienced. The music never quite overpowers the dialogue or other important information, but it does sound a little fragile at its highest peaks. There are optional English (SDH) subtitles included for all feature films. Kino Classics have done what they can to provide a good experience for fans. 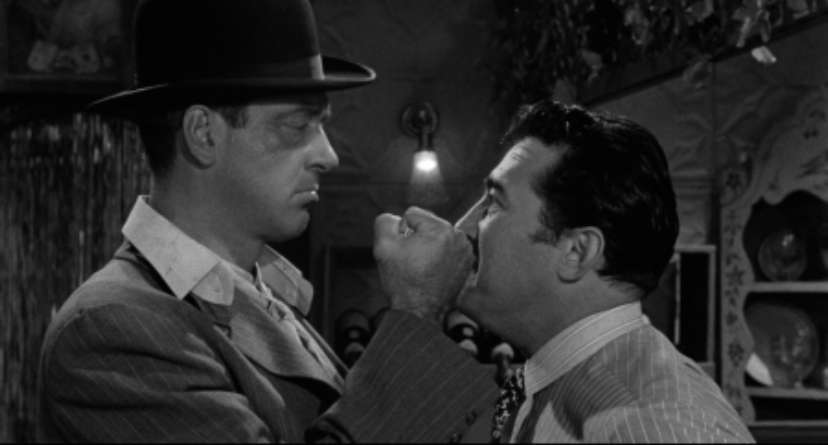 The Film Noir: The Dark Side Of Cinema VII brings together three films that are thematic compatriots as they weave in elements of politics and corruption. The label has chosen well, as there is not a dud in the bunch with each film providing something in which to become invested. Our favorite is probably The Fearmakers due to the assured direction of Jacques Tourneur and the relevance it still has today, although John Payne may deliver our favorite performance in The Boss as a truly reprehensible character. Kino Classics has released a Blu-Ray featuring a decent A/V presentation and a couple of commentary tracks. If you are a fan of the genre, this set continues their streak of solid returns. Recommended

Film Noir: The Dark Side Of Cinema VII [The Boss/Chicago Confidential/The Fearmakers] is currently available to purchase on Blu-Ray.