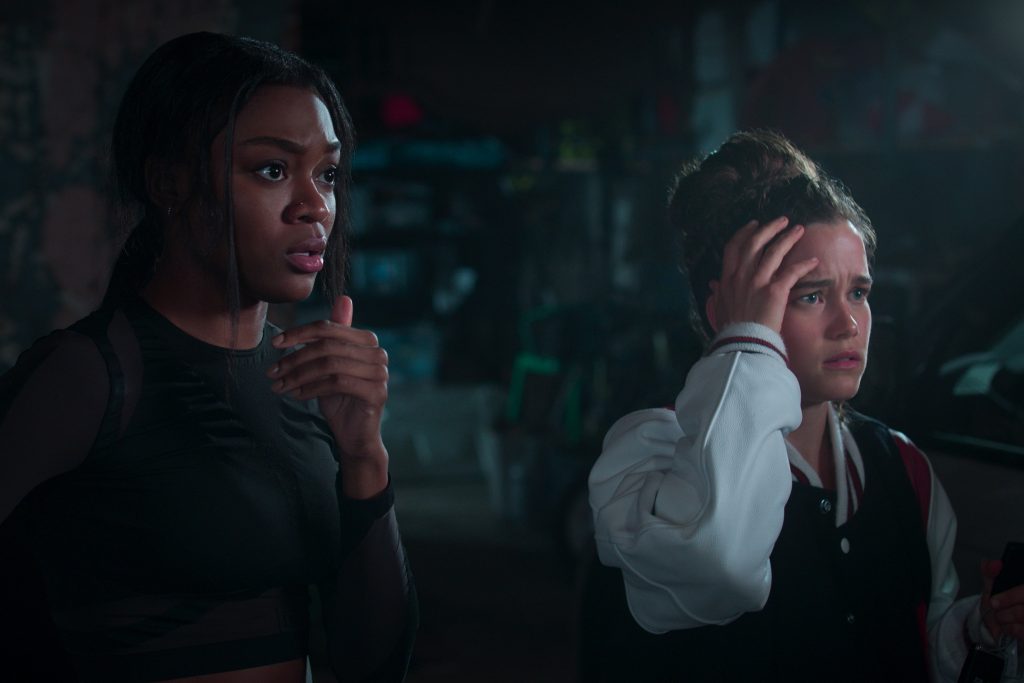 As I mentioned in a previous review, Netflix has put a lot of money into its young adult/coming-of-age programming over the last several years. As someone who has a strong affinity for the YA genre, I love to see it and I’m always eager to see what new stories the streamer will produce for the YA audience.

First Kill is a supernatural teen drama with queer leads and a star-crossed romance at its center. While the series isn’t perfect, it’s a refreshing spin on a trope usually centered around a heterosexual couple.

Based on the short story written by superstar YA author, V.E. Schwab, who also served as a writer and  executive producer for the television series, First Kill follows the forbidden romance between Calliope Burns (Imani Lewis) and Juliette Fairmont (Sarah Catherine Hook). Why are these two star-crossed? Fairmont comes from a family of powerful vampires, and Burns descends from a bloodline of famous monster-hunters.

Both are looking to make their “first kill” to become full-fledged members of their respective communities, but can’t deny the growing feelings for one another. As both vampire and monster-hunter politics try to keep them apart, the girls find it more and more difficult to stay away from each other. As the old adage goes, you never forget your first.

The Cast & The Characters

Our leads, Imani Lewis and Sarah Catherine Hook, do good in their respective roles. Both bring such vulnerability to Calliope and Juliette, and you can’t help but pity them because of the strict rules they’ve been raised under and root for them to be happy as individuals and as a couple.

The show does a great job of portraying both characters as people who care about their families a lot. That specific trait makes for such great tension and drama as their growing feelings and eventual relationship is a slap in the face to everything their families have taught them.

Elizabeth Mitchell does an excellent job here as the powerful and poised Margot Fairmont. She’s unnervingly calm and calculated even when she’s discussing ripping someone’s throat out with her fangs. Known for her roles in other genre shows like Lost and Once Upon A Time, Mitchell has a talent for completely embodying her characters and bringing her A game every time.

Gracie Dzienny, who plays Juliette’s older sister, Elinor, is fun to watch as well. Elinor is an attractive, rebellious young vampire who fully embraces her nature. Like Mitchell, Dzienny gives her everything to this role and it’s a complete joy to watch.

Aubin Wise as Calliope’s mother, Talia, has such a commanding presence that you can’t help but pay attention when she’s on screen, and you better if you know what’s good for you. Wise portrays the character as a loving wife and mother, and a fearsome warrior. Her scenes with Mitchell are some of the best because both embody fierce matriarchs who will do anything to protect what belongs to them.

The male cast do well enough. Will Swenson  and Phillip Mullings Jr. are particular standouts. Both of their characters experience alarming and traumatic transformations over the course of Season 1. Dylan McNamara is introduced halfway through the season as Juliette’s mysterious and vindictive brother, Oliver. Without giving too much away, he’s going to be a real problem in future seasons.

Like Netflix’s recent queer teen drama, Heartstopper, First Kill puts LGBTQ characters front and center. They aren’t stereotypes or comic relief. They are fully realized, complex, three-dimensional and well-rounded. They love just as fiercely as anyone else and deserve their happy endings. Both Calliope and Juliette’s families fully embrace and accept their sexualities. It’s a wonderful thing to behold and gives me hope for the real world.

One of the few criticisms I have about this show is the CGI. It’s criminally bad, and will make viewers cringe at times. I can only hope it will improve during future seasons. Another criticism I have is that the acting can be a little rough at times, even though the actors are clearly giving it their all. Again, I feel like this is an issue that will get better as the series continues.

Although it has it’s flaws, First Kill puts a refreshing and sapphic spin on the supernatural star-crossed lovers trope. I really hope to see this one return for a second season. 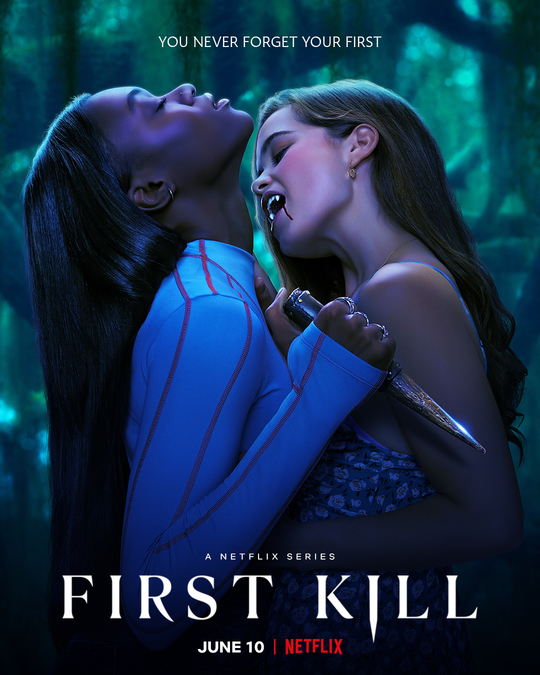 Although it has it's flaws, First Kill puts a refreshing and sapphic spin on the supernatural star-crossed lovers trope. I really hope to see this one return for a second season.