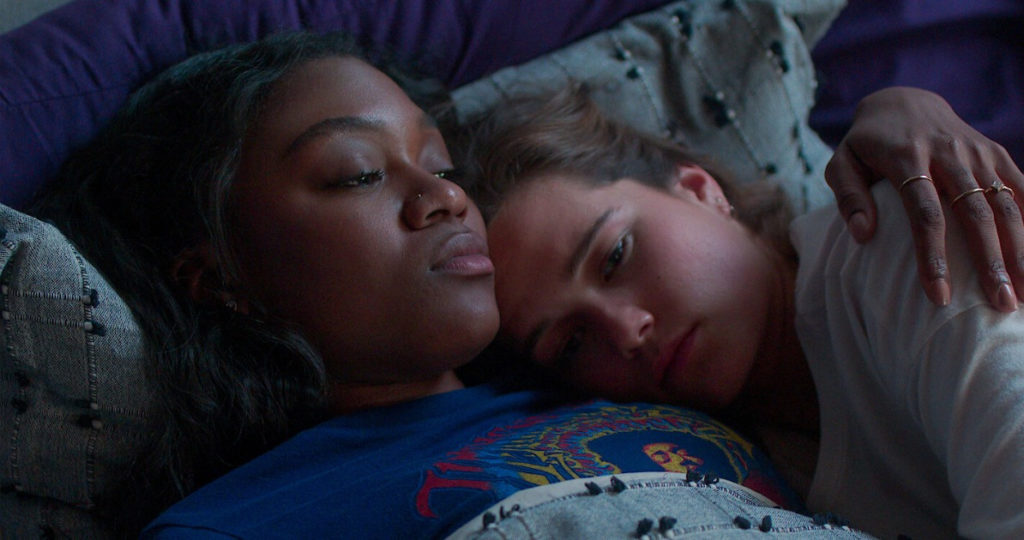 First Kill showrunner Felicia D. Henderson blames Netflix for canceling the series for a lack of marketing. In a recent interview for Daily Beast, Henderson said that the series might have not attracted many viewers because all the marketing had been focused on the teen lesbian romance, but the show had much more to offer than that. First Kill tells the story of young vampiress Juliette (Sarah Catherine Hook), and Colliope (Imani Lewis), a descendant of a monster-hunter family. Both of the girls need to make their first kill in order to be accepted into their respective families, but instead, they fall for eachother and put their loved ones at risk.

It’s a fresh new take on the genre and many fans fell in love with it. However, Netflix cancelled the show without addressing a reason publicly — though Henderson says they told her it was due to the series low completion rate. Commenting on the news, Henderson said “When I got the call to tell me they weren’t renewing the show because the completion rate wasn’t high enough, of course, I was very disappointed. What showrunner wouldn’t be? I’d been told a couple of weeks ago that they were hoping completion would get higher. I guess it didn’t.”

The showrunner had also revealed she was expecting thorough marketing campaign for the series, which unfortunately only focus on the teen lesbian angle of the show. Henderson puts it:

“The art for the initial marketing was beautiful. I think I expected that to be the beginning and that the other equally compelling and important elements of the show—monsters vs. monster hunters, the battle between two powerful matriarchs, etc.—would eventually be promoted, and that didn’t happen.”

Henderson also went on to say:

“The other reason I so enthusiastically signed on to this show is that It has something for everyone—strong women leads, supernatural intrigue, an epic, Shakespearean battle between warring families, and a prominently featured Black family in the genre space, something Black viewers crave and a general audience needs to be treated to.”

Although, saddened the show has been cancelled, Henderson did go on to say, Netflix fully supported First Kill during the series production. Fully supporting the cast and crew offering anything they needed during their shoot, in the middle of a pandemic. As Henderson tells it: “They licensed the IP, paid for a pilot script, and gave it a healthy production budget. The creative team was very supportive when we were shooting the show under harrowing conditions—before there were ‘vaccines for all’ in Atlanta, a very overcrowded production hub.”

You can catch all 8 episodes of First Kill on Netflix now. Have a look at the trailer below.