Florence Pugh: Sex Scenes “Is Not Why I’m in This Industry” 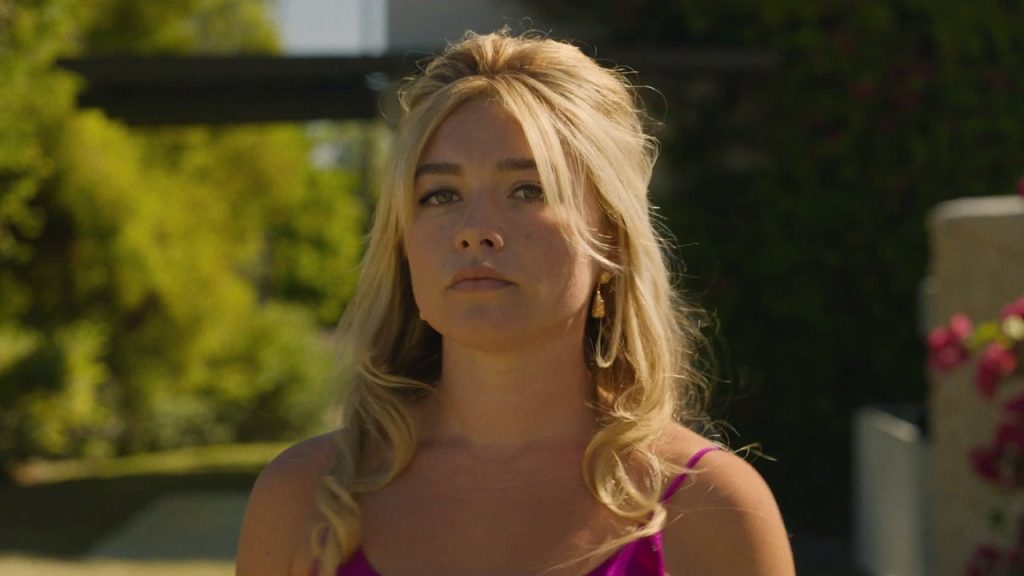 If you were hoping Florence Pugh would kiss and tell about Harry Styles in their new film Don’t Worry Darling, move along. That is one conversation she refuses to have with anyone.

As the Oscar-nominated actress has been doing a promotional tour for her latest film, one interview with Harper’s BAZAAR has the Internet buzzing. It already was clamoring about the colorful ways to utilize kitchen tables, thanks to that tawdry movie trailer.

All the hoopla over Pugh not being a fan of discussing sex scenes has only made …eh, people interested in the new film even more curious. Not aware of the Olivia Wilde sophomore directorial effort? Here’s the trailer:

Much Ado About Something

After making this movie and seeing that trailer, you would think Florence Pugh would know questions about steaming up suburbia would be asked. Pugh doesn’t care. If you’re only interested in how risqué her other talents are, you’ll have to get your answers elsewhere.

When it’s reduced to your sex scenes, or to watch the most famous man in the world go down on someone, it’s not why we do it. It’s not why I’m in this industry.

That’s the problem with taking the high road in Hollywood. The roads aren’t paved, there is no speed limit, and potholes are everywhere. Pugh is a force in Hollywood. From Greta Gerwig’s adaptation of Little Women to becoming a super spy in Black Widow, Pugh’s versatility and range prevent her from being pigeonholed or typecast.

While she tries to change conversations to a high-brow thespian level, no one seems to care. And that infuriates Pugh even more. What Wilde knew would sell future tickets is all in that trailer–one that looks like an illegitimate stepchild of The Stepford Wives and 50 Shades of Grey, and stores a six-pack of The Firm.

And if you think Olivia Wilde and Warner Bros. don’t know what they’re doing to market this film, think again. The picture above is the disclaimer preceding what looks like a red-band trailer. What does this trailer stimulate?

All those questions are important for the premise of this sexed-up thriller, but there goes the hormonally fueled director again with this trailer. You know? Once you click on the button to bypass the disclaimer.

Warner Bros. ups the ante on the mind-bending thriller angle, but what’s a suspense film without some rhythmic moaning and kitchen extracurricular activities? Unfortunately for Pugh, the entire revolves around sex. And, probably destroyed a marriage.

Before filming Don’t Worry Darling, Olivia Wilde, 38, was engaged to Ted Lasso star, Jason Sudeikis, 46. Although they were engaged in 2012 and “co-parent” three children, no martial vows or promise of fidelity took place. Sources within several outlets (e.g., The Daily Mail, PageSix, TMZ) cite Wilde and Harry Styles “rehearsing” those questionable scenes together. Shortly thereafter, Wilde and her beau break up.

And, not for nothing, Florence Pugh and Zach Braff broke up too. Sure, there was a 21-year difference between the two, but anything can happen, right? That is, except for Wilde’s and Pugh’s relationships.

Regarding the post-production summary of Don’t Worry Darling, we see something is screwy in paradise. But, well, maybe that was the wrong way to phrase that statement. Regardless, the stuff Pugh doesn’t want to acknowledge will be all over the big screen (and that poor dining room table) on September 23.