‘Gagarine’ Review – A Tender and Ethereal Tale of Home 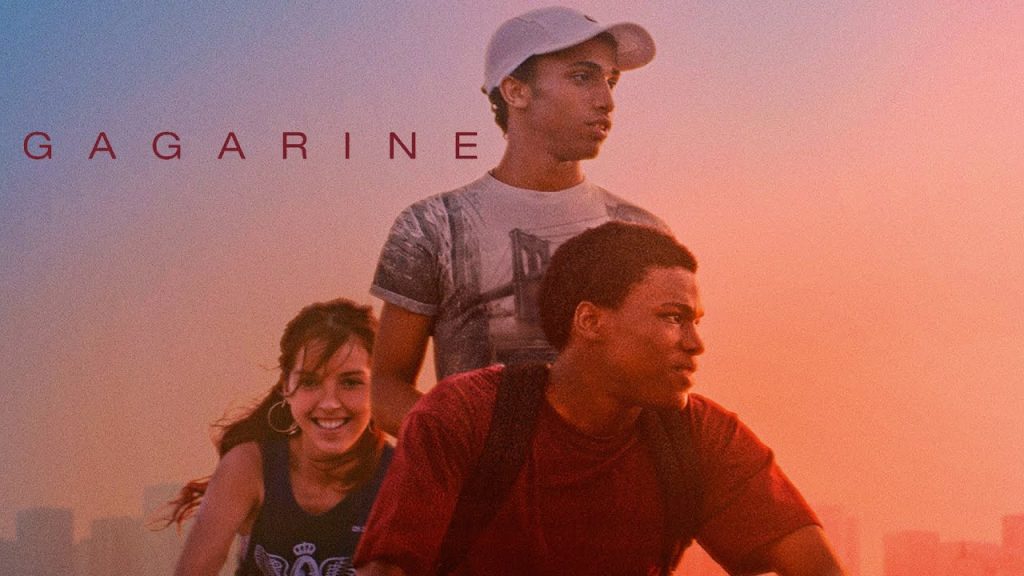 The first house I remember living in is on Flag Pond Road in southern Maine. We moved out of that house when I was five, motivated by the fact that the house was right on the road and I may or may not have run out to grab a ball at one point. My mother was pregnant with my soon-to-be younger brother Aidan, and it was I suppose the ideal moment to relocate. I was, as a result, a rather unhappy child. I loved that house. It had a pond in the backyard where I caught frogs. A beautiful sunken living room with a fireplace I have the vaguest cozy memories of. Now, twenty-one years later, I still occasionally drive by it and see how the subsequent tenants have changed the landscape. The color. Even the roof. My feelings of home had been long replaced.

Fanny Liatard and Jérémy Trouilh’s film Gagarine set me thinking of that old home. Gagarine centers on 16-year-old Youri (Alseni Bathily) who lives in a housing project on the cusp of being demolished. Both he and his home, dubbed Cité Gagarine, draw their names from Russian cosmonaut Yuri Gagarin, who visited the building soon after its opening in the 1960s. Youri’s mother spends all her time living with a new boyfriend, leaving Youri to fend for himself. He is a pillar of the Cité Gagarine community, working to fix it up and avoid demolition. He barters for new neon lightbulbs. Toys with the elevator wiring. All those skills come from his dream of visiting the heavens like his hero and namesake. But it is his love for his community that grounds him, and so Gagarine emerges as a poignant exploration of what it means to lose a home.

Gagarine’s story is a brutal one, reflective of the caustic circumstances confronting poorer communities worldwide. Youri’s neighbors recognize that their building is on the precipice of complete ruin, but it is also their home, and relocating when the local government decides to demolish the roof over your head is no simple matter. Yet, for all this doom about, Gagarine unfurls as a mostly warm-hearted endeavor. Youri and his friends Houssam (Jamil McCraven) and Diana (Lyna Khoudri) revel in their escapades to try and save the building. Similarly, those around them, such as Youri’s stand-in mother figure Fari (Farida Rahouadj), radiate a tenderness that codifies for the viewer why Youri cares so vehemently for this place. Even so, the narrative can meander, especially in the second act, so that the tautness of those feelings recedes a touch. Thankfully though, the third act recovers and delivers a rousing home stretch.

From an aesthetic standpoint, Leotard and Trouilh deliver tremendous work. Nearly all of Gagarine takes place within Cité Gagarine’s walls, and so it emerges as a totemic location for Youri’s crisis of identity. As the tenants filter out leaving him alone, Leotard and Trouilh bask in the liminality of a vibrant community crumbling to relinquished ruin. Long, empty, hallways echo with the chirps of construction equipment and Youri’s slapping footsteps. Yet, much as they inject joy into the narrative, a lush and oft surreal cinematographical approach lends Gagarine an ethereal delight. Red emergency lights shimmer out into a staunch backlight lending Youri’s adventures a cosmic bent. Their embrace of a speckled light design confers the building a dream-like veneer. Every room seems just a touch uncanny, even as Youri’s desperation grounds us in the unbridled violence awaiting them. It is absolutely gorgeous to behold, and girds the aforementioned second act. The plot may meander, but the visuals hold fast in their beauty.

Gagarine expands of a short film that Leotard and Trouilh produced about the real-life Cité Gagarine focused on interviews with the inhabitants. This film features many of those folks in roles throughout, and they shot the project months before it was in fact demolished. Gagarine does not need that “real life” connection to glimmer with soul. The knowledge only serves to deepen what is already an affecting testament to the ways that place and community can feel entrenched in a physical location even if the humanity extends far beyond the steel and insulation. I am once again thinking of my old home as I finish this review, as well as the many years of family love that have come since I walked out its doors for the last time. In that sense, Gagarine has taken me home once more.

Gagarine is currently playing in New York, Los Angeles and other top markets. The film will continue expanding in the coming weeks.