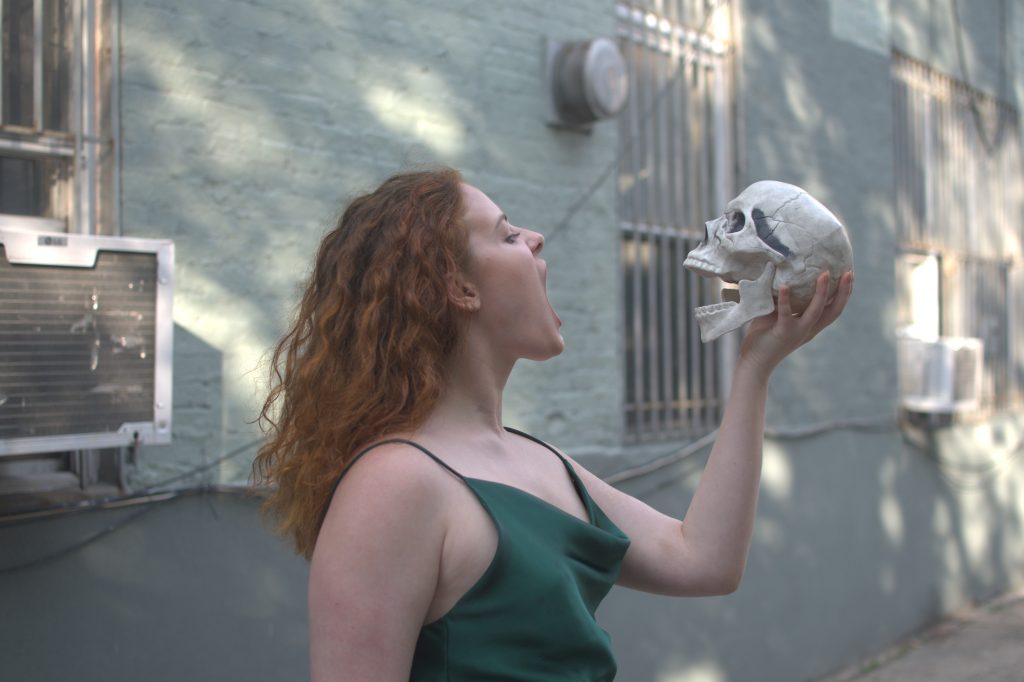 Actress Madeleine Galea burst onto screens at age 9, co-starring alongside Nicolas Cage and Ben Mendelsohn in the sci-fi film Knowing. 12 years later, the Aussie thesp is starring in another solid genre piece, The Train – which is slated to premiere this year. 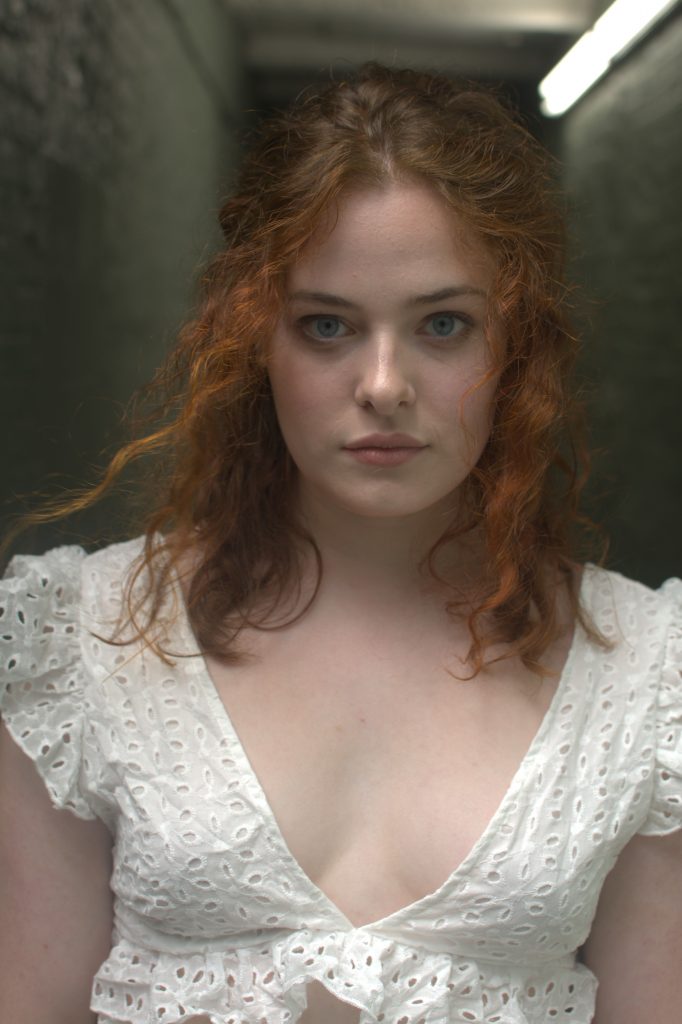 GVN: Why acting? What is it that draws you to performance?

Madeleine:  Acting is calling to me, I really can’t imagine a life without. I am fascinated by humanity and the things that mark the pages of people’s lives. As an actor you get to live a hundred lives real or fiction, and this absolutely sets my soul aglow.  For me acting and getting to inhabit different characters helps us to understand ourselves and the world around us better. The energy between two people and their audience when you truly believe in your circumstances is palpable, almost intoxicating.

And was it a particular film, Tv series or filmmaker that motivated you to move into the profession?

I can’t credit one particular source of inspiration, but rather an amalgamation of experiences. I really loved fantasy books growing up and watching movies like the Harry Potter series or The Lord of The Rings always felt like I really got to exist in those worlds. When my eleventh birthday rolled around and I didn’t get a letter to Hogwarts, it dawned on me that there were other ways to make magic real in my life. To me, that’s the beauty of acting. I could be a teenage wizard one day and a kickers archaeologist the next.

Right out of the gate you played a pivotal role in Alex Proyas’s film “Knowing”. Can you tell us a bit about that experience?

Knowing was my first professional experience with acting and I really reveled in the time I spent on set. I had never fully grasped the amount of effort and man power that goes into films before, and I was blown away by what I saw. From the costume department to sets, ADs, catering, lighting, sound and props, there are so many cogs that turn together to bring us two and a half hours on a screen, it’s pretty incredible. 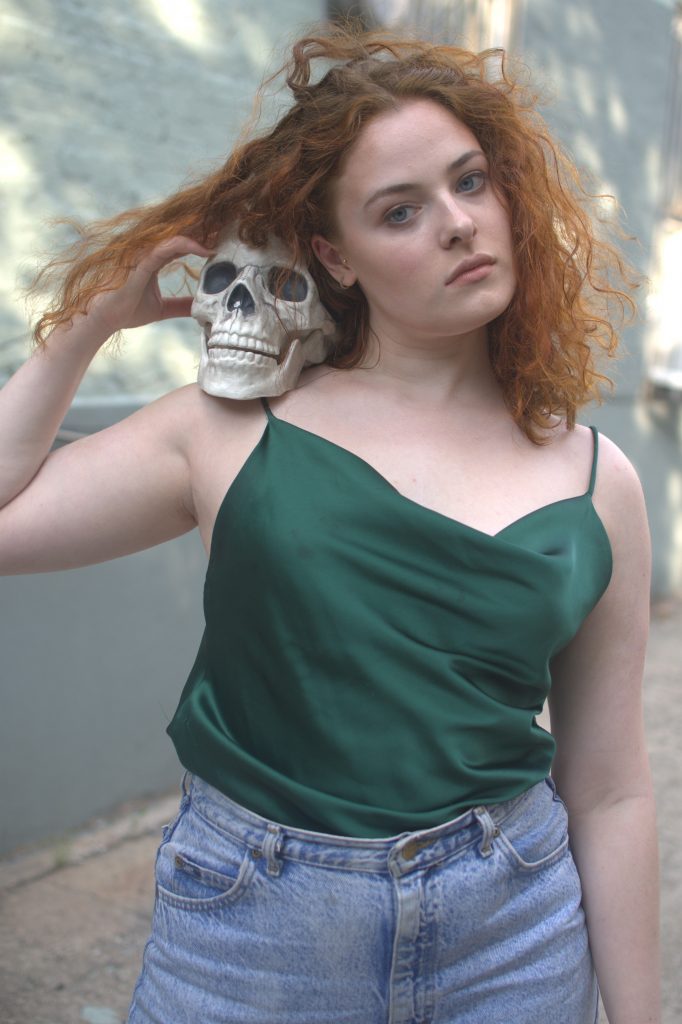 Was it nerve-wracking being on the set of a film with a renowned director, and actors like Nicolas Cage and Ben Mendelsohn?

I was nine at the time and felt pretty invincible. If anything, I was too busy trying to hide from the costume department after accidentally spilling raspberry cordial down my jumper. Oops. But looking back now it was an incredible experience and one that I learnt a great deal from.

How do you think you’ve changed as an actress since “Knowing”?

Since the age of nine I have grown greatly, both in size and understanding of my craft. At that age acting was all about make-believe to me, it was lying and faking and pulling the wool over people’s eyes. Now, the most important thing about acting to me is telling the truth. This was a big lesson I learned whilst studying acting at AADA and one that completely transformed the way I approached my work.

You’ve got the film “The Train” coming up. What can you tell me about it?

The film, which is Stanley’s fourth feature-length, is set in the year 2041, with flashbacks to the present. It focuses on a priest who is trying to save people with supernatural abilities from a group trying to use them for evil purposes.  I play Sister Anne, one of several nuns seeking to protect those with special abilities. Shot on 35mm film in black and white, there was a lengthy rehearsal process to make sure that every take counted. The film is slated to premier this year at festivals before a cinematic release starting in Massachusetts. It was great to get back on set after months of industry closure and I’m looking forward to seeing the final cut of the film.

Where did it shoot? How was it relocating there?

It was shot on location around Massachusetts. Going to shoot was actually the first time I’d left New York since re-locating to the USA. It’s a beautiful part of the country and I’d love to go back and properly visit Sudbury one day. I love location shoots. It’s great to avoid the distraction that home can sometimes provide and really give yourself permission to through yourself headfirst into the work.

Do you find Americans work differently to Australians?

Not necessarily. I haven’t found any glaring differences between Americans and Australians in film. If I had to pick something, I’d say Australians are a bit more laid back and willing to have joke on set, but both are equally as hardworking and pleasant to be around.

We really appreciate Madeleine stopping by GVN and we hope you’ll check her out in her new movie, The Train when it comes out later this year.