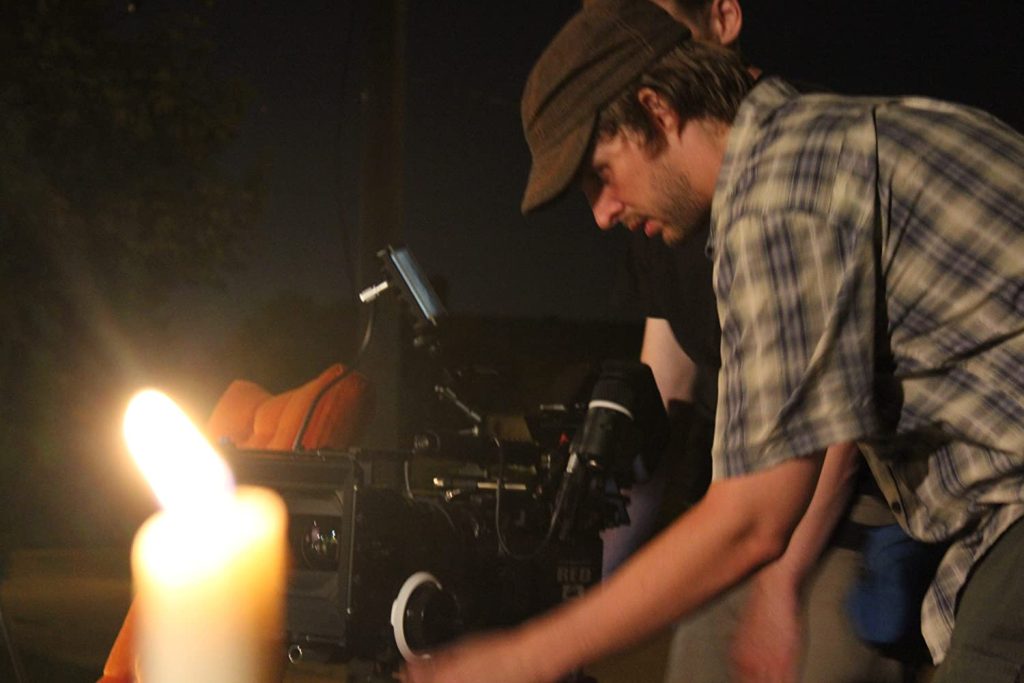 “Almost everyone involved in the film has lost someone to suicide”, says filmmaker Gavin Michael Booth, whose new film Last Call – which tackles the subject affectionately  – opens this week in select virtual theaters. 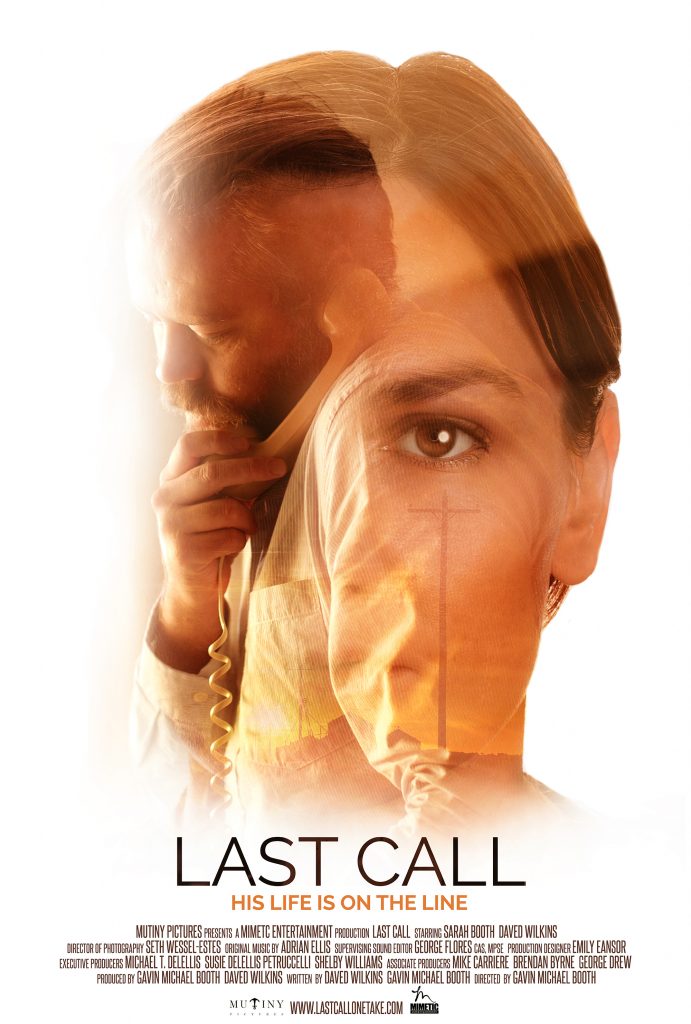 GVN: Can you remember your original pitch for the film? And how that changed over the course of the film’s development?

GMB: Daved Wilkens (co-writer, actor in the film) mentioned the basic idea over a weekly coffee meet-up we have with some friends. I tuned out everyone else and Daved and I took the seed of a concept and fleshed it out there over coffee. The original pitch wasn’t as elaborate and it was a man calling a suicide hotline. As we explored that idea through writing the script we realized that there was no way to keep him on the phone. Crisis works have protocols and time limits. It was through that when the idea of a random stranger on the other end of the line was introduced. That freed us up to have a character that didn’t know how to handle someone in his position. That’s when the story really came together.

The script would change little by little during every day of rehearsal. Both for story and technical reasons as we were navigating how to shoot this film in a single take. We actually discovered that part of the story wasn’t working as well as it could. Daved and I spent a long night, after our last night of rehearsals, rewriting thirty-five pages of the script. The first day of filming, the actors had to learn thirty-five new pages!

GVN: Is it a personal story?

GMB: Almost everyone involved in the film has lost someone to suicide but the specific story is not personal.

GVN: Did you have a backstory in mind for their characters, even if it wasn’t necessarily on the page?

GMB: We did. What was nice is that Daved was the writer and the actor. Sarah who plays, Beth, is my wife. So the three of us talked a lot about character and backstories through the writing process and into the rehearsal projects. It was paramount to me that the characters felt REAL. The single-take approach falls apart if you don’t believe these are real people.

GVN: What do you believe each actor brought to their character that wasn’t necessarily on the page?

GMB: Both Daved and Sarah are wonderful theatre actors. I know that they would be able to fill in the gaps – the silent moments where we couldn’t edit and make these characters live and breathe. I knew that they would pick up a line said different from the script and not have to stop shooting. They brought a truth and fluidity to the film that adds to the realism. We really get to hang on Beth’s every word navigating what she is trying to say, cautiously to Scott.

GVN: And in your opinion, has the trailer, the poster and other promo materials been indicative of what the movie is?

GMB: Yes, I believe it has. The song in the trailer is actually featured in the film. It feels very organic to me in setting the mood and the experience of what audiences will see in Last Call. Our poster designer, wow! I felt it was a beautiful piece of art that captures the split screen with the two oft hem intertwined like that. I really was blown away by the design.

GVN: How has the reaction to the film been so far? I imagine it has quite an impact on a lot of people?

GMB: We were at film festivals for a full year and were able to see audiences STUNNED. I don’t say that lightly. Full houses of tears as the lights came up. We have incredibly engaging Q&As after many screenings. Many strangers opened their hearts and their history of mental health to us on those stages. Reviews also have been overwhelmingly positive.

GVN: Is there anything you did differently on this film to your previous?

GMB: Well… I shot it in a single take! Ha! Kidding aside, I co-wrote this film. That was different. I shot it for a much smaller budget so that we had the freedom to make the film exactly the way we wanted to. It was a very small crew and it was such a wonderfully freeing experience to not have dozens and dozens of people involved. There was a focus that came without the distractions. We also recorded the music score live in a single take to match the style the movie was shot in.

Huge thanks to Gavin for taking the time to speak with us about his new film, LAST CALL.