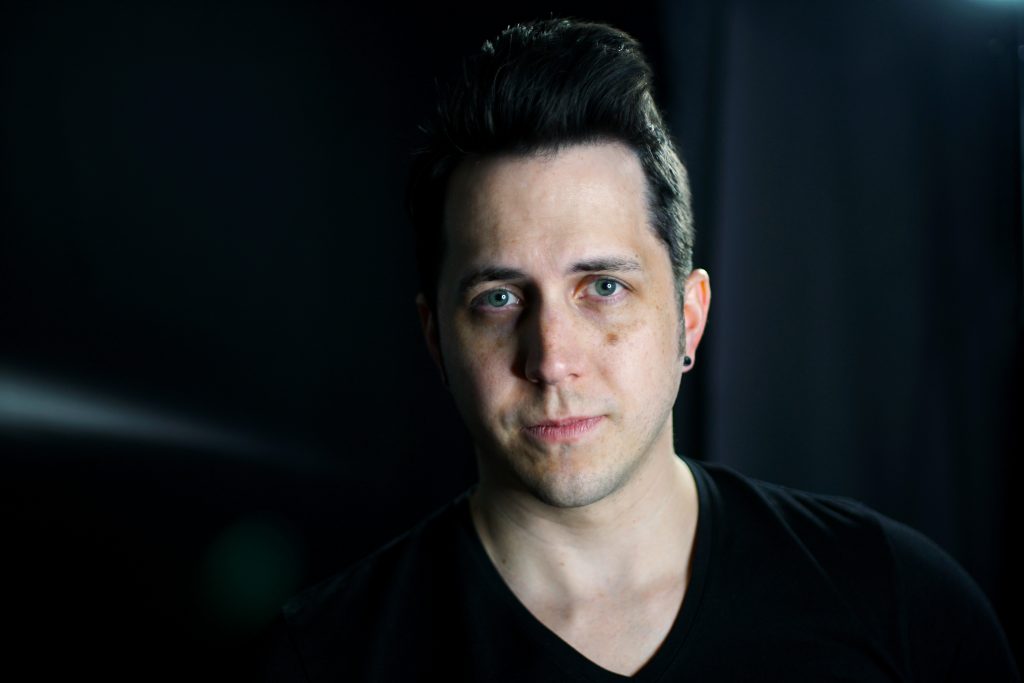 An origin story, MONOCHROME: THE CHROMISM, follows Isaac Ward, the first person to turn “hue” in this black and white world. After being shot in a downtown crossfire, he is found bleeding “red”. As Isaac’s body also begins to streak with color, other outbreaks develop across the globe. Isaac now struggles to survive while society tears itself apart to try to capture and comprehend these new unexplainable “hues”. Leaving countries at odds, at war and Isaac determined to find answers.

We speak to the man behind this budding new sci-fi franchise, Kodi Zene.

GVN: Ok, let’s start again. Congrats on making one of the most original films of the year. Now tell us, where did the idea come from?

KZ: Thank you! The idea really stems from my love for black and white art and wanting to tell stories with some good positive messaging. My ideas thought of a colorless world introduced to color suddenly as people society labels as “Hues”. Just how would the world react to these now, “much different” people now that they are in color today, when yesterday they were not. They are still the same person on the inside right? This idea fascinated me, and I had to explore it.

GVN: Is it a personal story?

KZ: While I’ve not myself really been subject to racism, I live in the world that has, and I do take that personally. I will always choose to stand for what is right and fight for the oppressed; treating everyone equally is what should be done. Art is a language and means of communication much more open for acceptance all around the world. So, let’s use it for positive change. 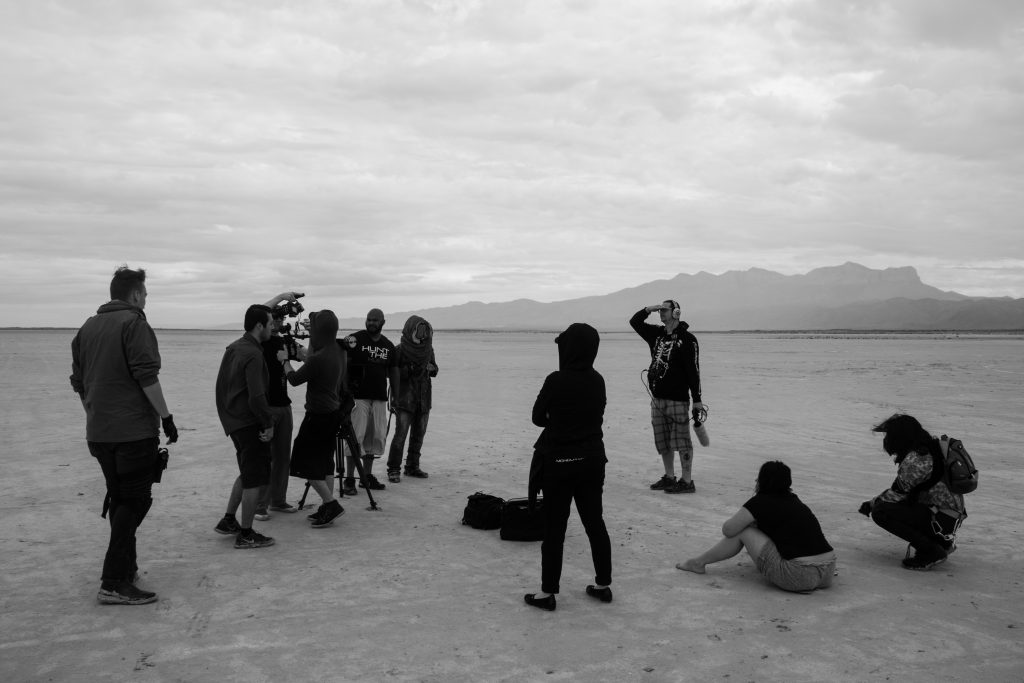 GVN: Did the idea change much over the course of the film’s development?

KZ: THE CHROMISM was originally going to just be a short film that prologues the next films to come, but the more we explored the world, the more we wanted to setup to payoff later. The character’s storys changed and evolved over time, as well as the reasoning for this new “color”, but idea of a black and white world suddenly having color stayed the same throughout the entirety of the development.

GVN: Was there a time you considered trying to shop the script around to a big studio?

KZ: We never really considering shopping the script around for MONOCHROME. I had been burned down that road before and we knew this was going to be much more than just a single movie idea. We wanted to retain creative control to keep the world growing as we would like it.

GVN: It’s got some MATRIX-like qualities – how much did that film influence the tone and shape of MONOCHROME?

KZ: While I love the Matrix, this is the first time I’ve had someone mention some quality similarities. Perhaps subconsciously I’ve done this.

GVN: For those that have seen the trailer, what can they expect from the finished film?

KZ: First off, this indie film was a labor of love for all involved and everyone donated their time and skills to pull it off. Once color is introduced into the world, expect non-stop thrills and mystery with some amazing performances. I promise you, upon watching it twice you will pick-up on tiny details that mean something later on, that you might not have picked up on the first go around.

GVN: And this is the end of the story either-  there’s sequels coming, right?

KZ: Absolutely! There are definitely questions that still need answering. We have the next film almost ready to begin pre-production on. It will be called, MONOCHROME: MASK OF THE FIRST, and it takes place one year after THE CHROMISM leaves off.

Additionally, we are starting production on our comic book series which explores the year time-period between the two films and will hopefully continue on past that.

All of the projects share some characters, introduce new characters, as well as, twist, turn and payoff on each other. We are super excited.

MONOCHROME : THE CHROMISM is available on demand 10/16