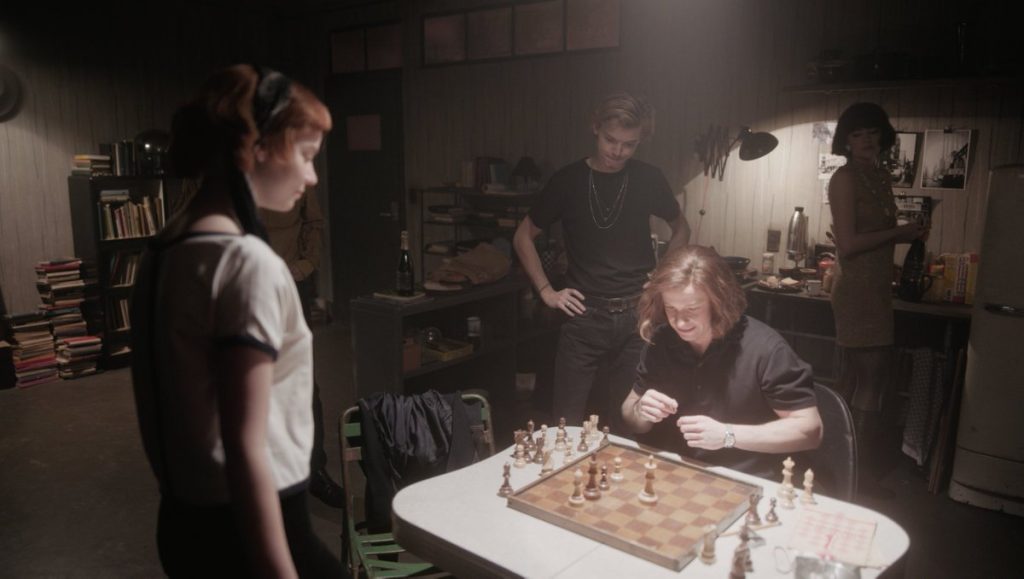 The Queen’s Gambit was one of the biggest fall successes on Netflix. It seems as if everyone was watching it and loving it – including me. In fact, you can check out my review for the show here. The Queen’s Gambit stars Anya Taylor-Joy as the captivating Beth Harmon. It’s a show that has kept people glued to the TV and wanting to play chess. 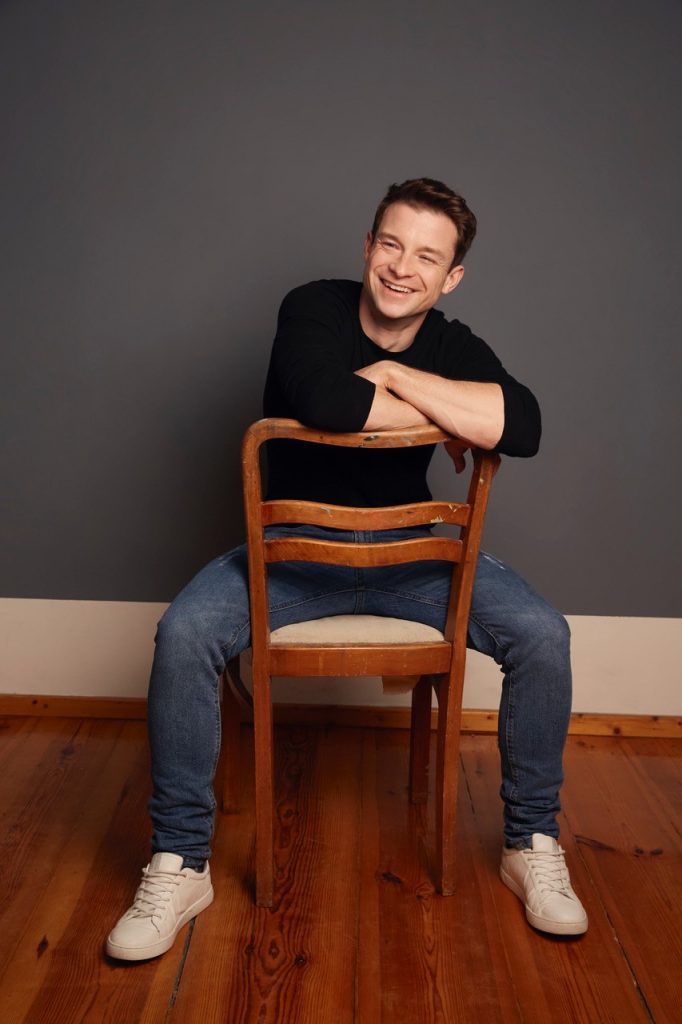 I recently got the opportunity to sit down with The Queen’s Gambit’s Ryan Wichert, who played Hilton Wexler in two episodes in the show. Check out the full interview below!

“How did you get into acting? Did anyone, in particular, inspire you?”

I got into acting when I was a kid and my best friend had to drop out of an amateur dramatics kind of show he was doing in a church. He asked whether I could take over. At the time, my diary was rather empty and decided to go for it, ha! I absolutely loved it! I’d always been the “entertainer” in the family and enjoyed dressing up, putting on different voices and pretending to be an undercover agent on a secret mission. Underfortunately that mission always ended when my mother told me to brush my teeth and go to bed. So, I decided to become an actor for a living. That way I can be an undercover agent all day long.

“If you were not acting what other profession would you have loved to gotten into?”

Being an undercover agent. Just kidding – I rather enjoy interior design! I think over the years I’ve developed a slight fetish with moving into unfinished apartments just so I can do them up. It’s being creative! When my nose isn’t in a new script, I’m exploring design trends and spend too much time on social media following interior designers and their work. I think one aspect that fascinates me here is that you’re creating a world … so it’s very similar to acting and story telling. Every home tells a story.

“How did you get the role for The Queen’s Gambit?”

My management was approached and I got invited to audition for the part. I recorded the casting tape in a hotel room while I was on another shoot somewhere else. So all my chess moves had to be off screen because I didn’t have anything I could use for the scene. I remember being blown away by the script and the story. As an actor you’re always hoping to find those really great stories – to dive into those amazing worlds and take the audience with you on a special journey.

They bullied me! Of course not! Honestly, they are incredibly talented and generous human beings and fellow creatives. Obviously, they are absolute professionals and work extremely hard on creating their characters, but both have a sense of creative freedom and playfulness that makes every take super exciting to be part of! You know, when you’re shooting you become a creative family in a way. You spend a lot of time together and at the end of the day we’re all there to tell an amazing story. 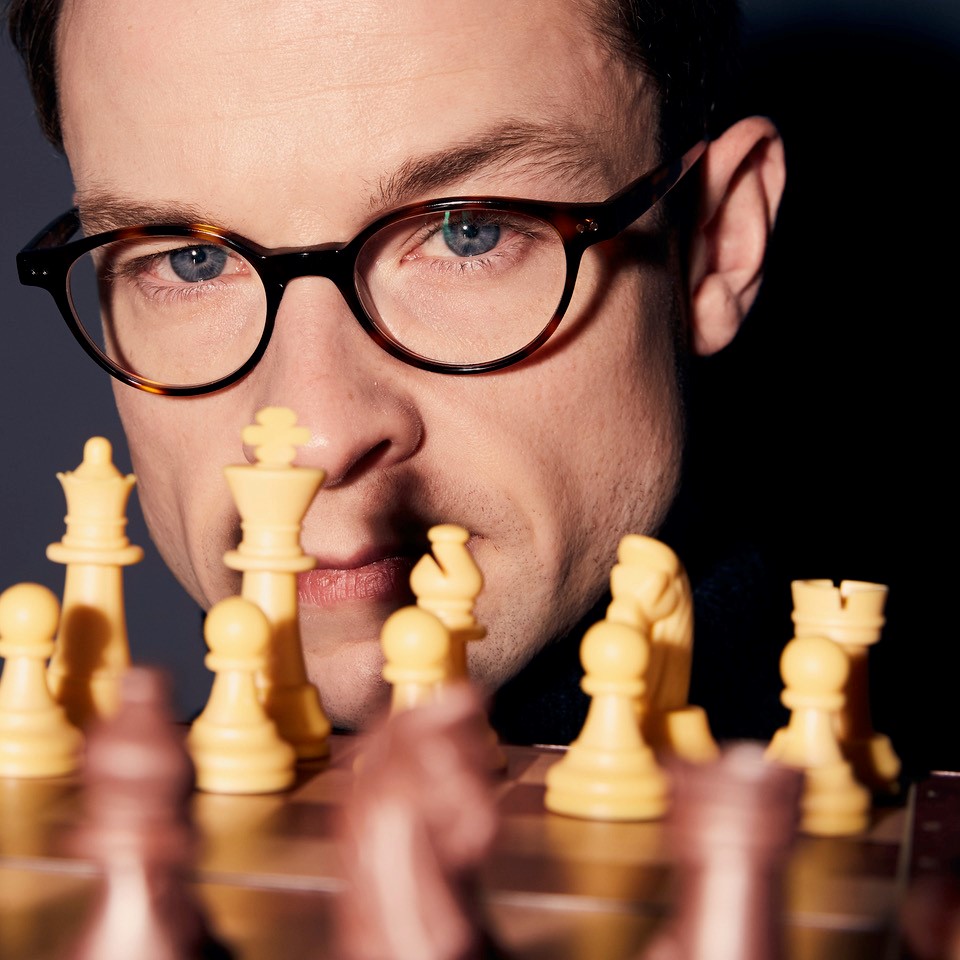 “Did you know how to play chess before getting the role? If not, did it inspire you to start  learning to play the game?”

I used to play when I was a kid! We got special chess training for the series and that reignited in me a passion for chess. I’ve come to love the chess community and it’s a huge honor knowing what the series means to them and what effect The Queen’s Gambit has had on the perception of chess in society. I read some articles in the news about how Google searches skyrocketed after TQG aired on Netflix and it’s a great feeling to be part of that.

“What are your thoughts on why The Queen’s Gambit was such a success?”

Every now and again there’s a movie or a series where all creative elements align and the result is outstanding. Scott and Alan created such a wonderful world, based on Walter Tevis’s novel, the writing is just on point. The attention to detail from every department is simply brilliant and I also think the fact it’s a miniseries helps. The audience is invited into the story without having to worry about cliffhangers, maintaining the quality of the show in series 2 or anything else. We get to enjoy it for what it is.

“Do you know if we will be seeing a second season?”

I honestly don’t know, but I don’t think it was designed that way. 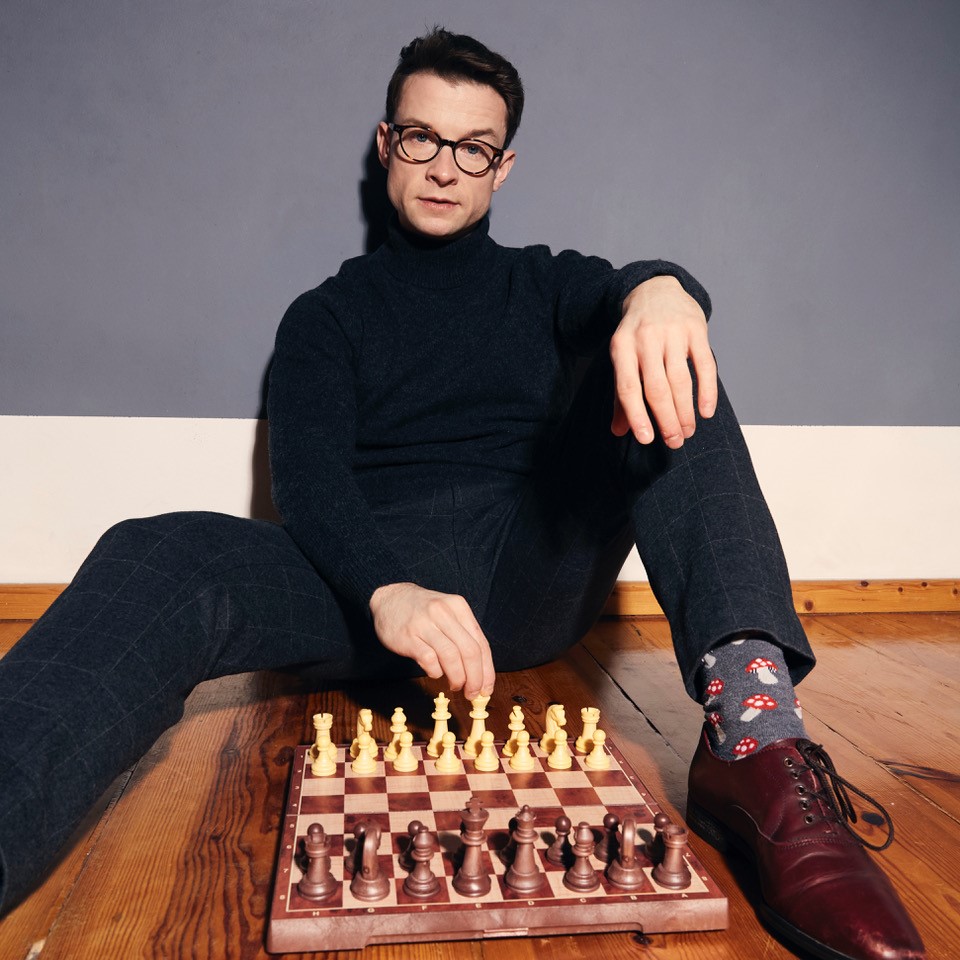 “Since we are huge into comics and their movies, what franchise (Marvel or DC) would like to be a part of and what character would you want to play most?”

Don’t tell Tom Holland, but I would love a go at Spider-Man.

“What other projects do you have upcoming?”

A few I can’t talk about, but I’m shooting SPENCER next, directed by Pablo Larraín and with Kristen Stewart playing Princess Diana. I’m currently gearing up for that and later this year I can be seen on Netflix Germany in a coming-of-age comedy series called HOW TO SELL DRUGS ONLINE (FAST). It’s a huge success in Germany and this will be its third series.
Thanks to TQG there have been some very exciting major auditions for UK and US productions that have come my way and I’m waiting to hear back from those and then I hope to be back on stage at some point this year. I’m part of a stage sitcom in Berlin, which is a lot of fun to do and has been a hit with audiences for about 16 years. I got involved about 2 years ago when I moved from London to Berlin. Four or five actors play all the parts, so there’s a lot of improv, terrible wigs and some super quick costume changes.

Make sure you follow Ryan Wichert on Twitter for more! What did you think of The Queen’s Gambit?