Grady Hendrix’s “How to Sell a Haunted House” Review – A Wild Journey Through Grief, Trauma, And Creepy Puppets 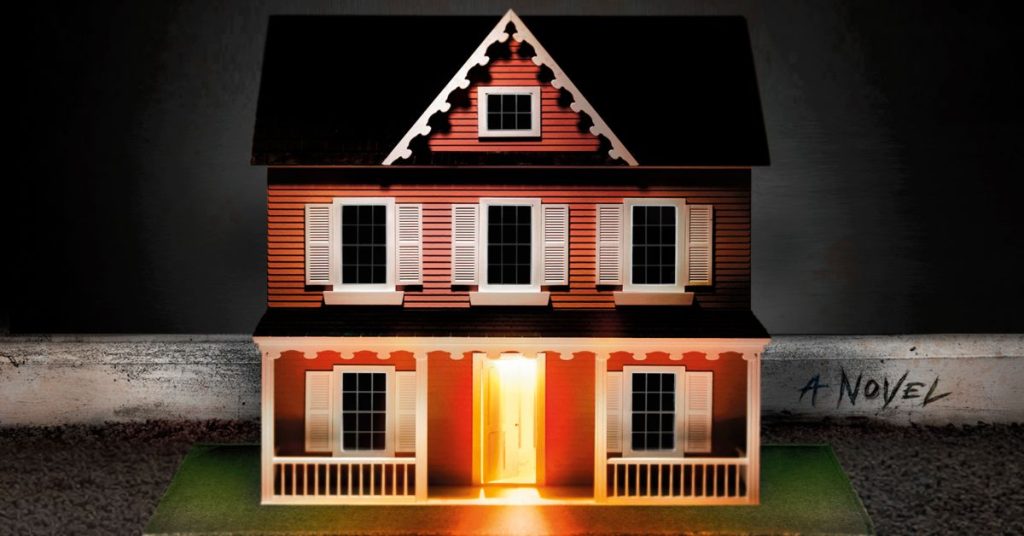 What is a haunted house story if not a story about grief? Ghosts serve as stand-ins for anything from unresolved family trauma to untold horrors from past generations. And that’s what makes ghost stories so much fun. It’s not about the ghosts, themselves, but about what they represent for those being haunted. Grady Hendrix’s How to Sell a Haunted House understands that idea perfectly. One-part traditional haunted house story, one-part rumination on inherited grief and trauma, and one-part campy horror delight, How to Sell a Haunted House is a bombastically confident, deeply emotional, and wholly unpredictable joyride. It doesn’t necessarily give you what the synopsis implies, but it’s an undeniably wild ride from start to finish.

Louise Joyner’s life gets turned upside down when her estranged brother, Mark, tells her their parents have died in a horrible car accident. But little does she know that things are about to go from bad to worse. As she arrives in her hometown for the funeral, she’s immediately reminded of her family’s peculiarities. There’s her combative, slacker brother who hardly speaks with her; her oddly evasive relatives; and a house full of creepy puppets and dolls, all of which have been left to Louise. And as if that wasn’t enough, far darker, life-altering secrets begin clawing their way to the surface as Mark decides he wants to sell their parents’ house. A house they quickly learn is haunted by… something. A ghost, perhaps. Or a demon. Or, maybe, a creepy, handmade puppet that’s lived with their mother since she was a child. It’s definitely one of those.

In How to Sell a Haunted House, Mark and Louise quickly learn that a house can be haunted by far more than ghosts. It can be haunted by memories, secrets, and all kinds of trauma. It’s a very familiar premise, expertly set up by Hendrix. Here, the supernatural hauntings are intimately intertwined with the character drama. The further Mark and Louise travel down their shared trauma, the bigger and scarier the supernatural forces they’re up against grow. Put simply, this is the best kind of haunted house story. The ghosts are never the most interesting parts of these stories. It’s always the history behind the ghosts, the secrets they’re standing in for, and the impact they have on the main characters. That’s what makes a haunted house story interesting. And it’s that element that Hendrix captures so perfectly here.

…That Revels in its Weirdness

How to Sell a Haunted House is a very strange haunted house story. The synopsis appears to promise something quite traditional. After their parents’ death, Mark and Louise learn their house is haunted as they prepare to sell it. To sell the house, they must get rid of whatever entity haunts it. Naturally, that’s far easier said than done. However, the more of the book you read, the more you learn that’s not really what the book is doing. For starters, How to Sell a Haunted House hews far closer to something like Annabelle than The Amityville Horror. This isn’t a haunted house full of creepy noises, broken alarm clocks, and poltergeist activity. No, this is a story with a terrifying puppet pulling the strings like a demented puppetmaster. And it only gets wilder from there.

Hendrix really leans into the inherent creepiness of dolls and puppets, with their beady little eyes constantly tracking you around a room. Can you ever be sure a doll’s not actually moving? What if it did? What if a tiny little hand puppet had the power to take over all of your thoughts, forcing you to do horrible things you’d never do in a hundred years? Creepy, right? That’s just the start of it.

How the Sell a Haunted House is a very wild read from start to finish, packed with genuinely horrifying imagery and enough thrills to make a theme park ride jealous. Whenever you think you know where the story’s going, it careens down an entirely unexpected pathway, toward a destination that’s both wholly surprising and wholly satisfying. The less you know about this book’s actual plot, the better. Just know that it’s a character-driven thrill ride full of twists, turns, creepy puppets, and family secrets.

A Grounded Exploration of the ways Grief and Trauma Intersect

At the heart of this wild ride is a beautifully, grounded exploration of the ways grief and trauma intersect with each other. Like I said earlier, How to Sell a Haunted House is less about the specifics of the haunted house and more about how the characters deal with these traumatic events. It’s a very compelling story about generational trauma, how the ghosts of your parents’ past can someday become your ghosts, and your children’s ghosts, and so on and so forth. While there are supernatural forces at play, Hendrix chooses to focus on exploring these metaphorical ghosts rather than the physical ones.

Louise and Mark’s family has always had secrets, secrets they don’t even like hinting at. And now that her parents are dead, those secrets are clawing their way out of the darkness and into the light. What makes the book so fascinating is the way it intertwines those secrets, and their devastating consequences, with Louise and Mark’s very complicated feelings about their parents’ passing. How do you rectify all of these conflicting memories and emotions? How can you put the pieces of your life back together after such an earth-shattering event? And, for that matter, is it even worth trying to put the pieces back together when the past weighs more than the heaviest shackle?

These are the questions at the heart of the book, and Hendrix explores them with all of the care and attention they deserve. That being said, the wilder the hauntings get, the harder it can be to relate to these character arcs. While I definitely appreciate just how weird the book gets, I do think that weirdness occasionally comes at the cost of these far more interesting character explorations. But still, the book works far more often than it doesn’t.

On the whole, How to Sell a Haunted House is an immensely satisfying, wholly surprising read from start to finish. While it starts off very slowly, perhaps too slowly, if you can get past the first half of the story, you’re in for a total thrill ride. It may take a while for the spooky stuff to start happening, but once it arrives, it never stops. And all of that slower, deliberate exposition is needed to set up those character arcs, all of which are immensely satisfying and form the emotional core of the book. At its heart, two stories are happening simultaneously – a traditional haunted house story and a more introspective exploration of how grief mixes with trauma. Neither story works without the other, and the combination of both makes for an immensely enjoyable read.

How to Sell a Haunted House is available now in hardcover, ebook, and audiobook formats. 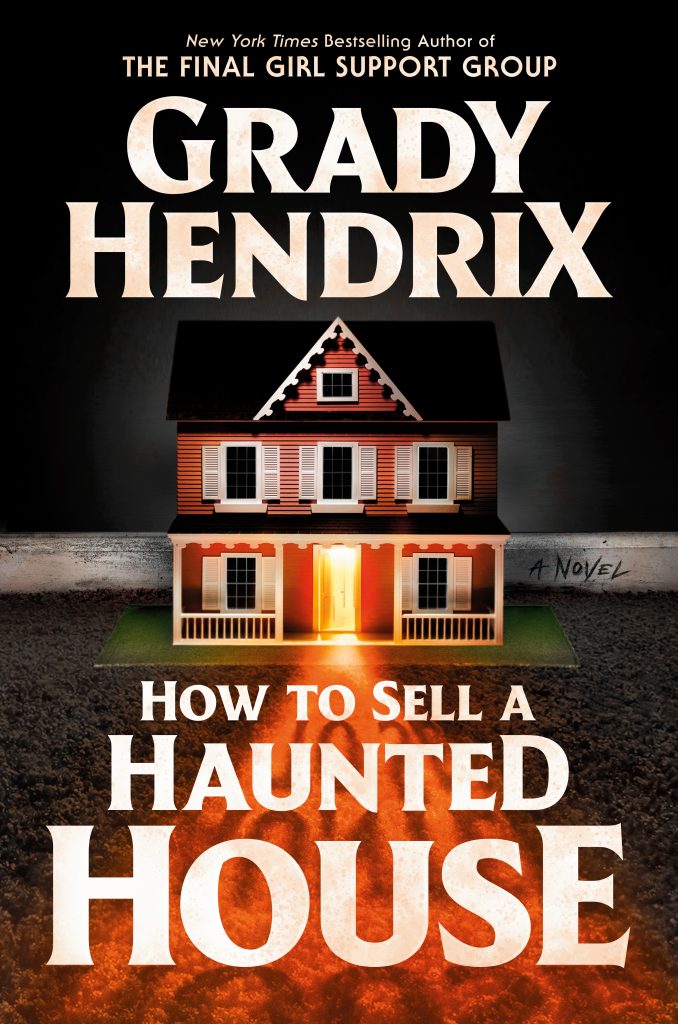 Disclaimer: A review copy of the novel was provided by Berkley/Penguin Publishing Group. All opinions in this review are the honest reactions of the author.
8.5

Grady Hendrix's "How to Sell a Haunted House" is as thrilling as it is surprising. Underneath the layers of creepy puppets and wild twists and turns lies a very grounded exploration of the ways grief and trauma intersect with each other. It's an immensely satisfying and deeply emotional roller coaster from start to finish.