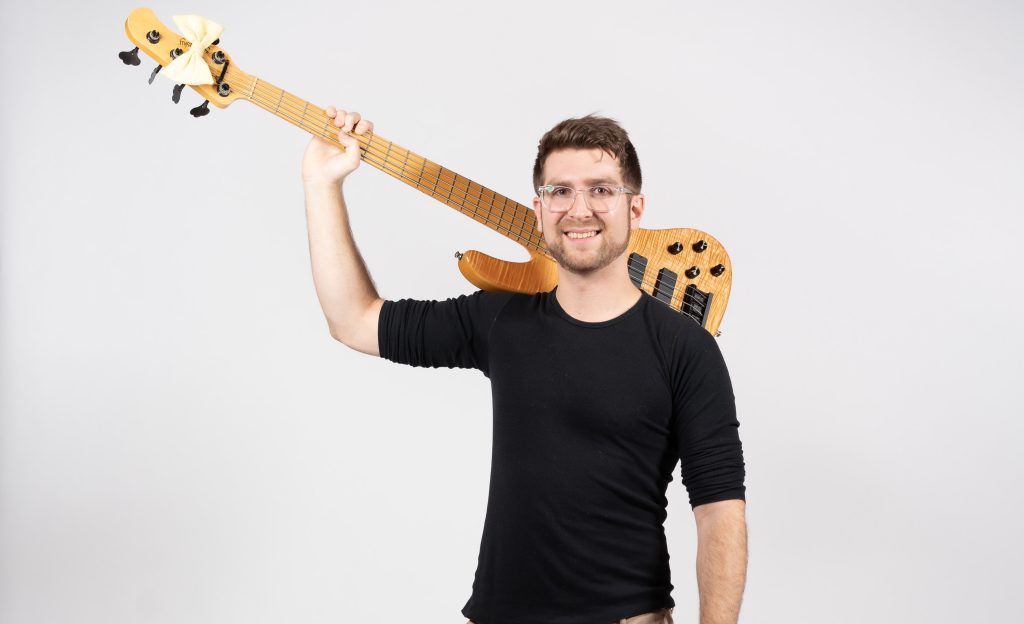 For generations, the Great American Songbook has been a critical reference point for musicians, regardless of genre. The compositions of George Gershwin, Rodgers & Hammerstein, and Irving Berlin, among others, are in a state of constant revival, tackled by artists inspired by them and seeking to put their unique spin on such iconic material. (Lady Gaga and Tony Bennett scored an Album of the Year Grammy nomination for their album of Cole Porter covers, Love for Sale.)

As we approach the Great American Songbook’s centennial, is it time to add another to the canon? Where should its inspiration come from, if not smoky jazz clubs or Broadway theaters of the early 20th century? What if the video game consoles that ignited the imaginations of millions gave birth to this songbook?

“We’re in a golden age of video game music,” Rosen said in an interview with Geek Vibes Nation. “If you look at the Great American Songbook, Broadway shows, and film scores, these canons evolved through mediums people grew up experiencing, falling in love with the music. Now, we have a canon of video game music that we collectively grew up experiencing, a great Video Game Songbook.”

Rosen’s observations come from years of experience and dedication to music. Growing up in a musical household, he cut his teeth in musical theater communities in Los Angeles and New York. He attended the Berklee School of Music while working on Broadway productions like 13 and Bloody Bloody Andrew Jackson. He can play roughly 70 instruments, and his stunning musicianship has enabled him to work across the entertainment spectrum. Rosen has composed for film and television, most notably The Marvelous Ms. Maisel, and arranged several successful Broadway productions. He received a Tony for his work on Moulin Rouge!, and a nomination for the smash hit A Strange Loop. He will next orchestrate Some Like It Hot, the musical based on the iconic Marilyn Monroe film.

However, video game music is a core passion. In 2017, he founded The 8-Bit Big Band, a full-sized jazz and pops orchestra covering songs from franchises including Super Mario Bros., The Legend of Zelda, and Pokémon. Rosen is responsible for arranging and composing every piece they perform.

“In the same way Ella Fitzgerald and Frank Sinatra rearranged the Great American Songbook and put their spin on it, I wanted to do that with the songbook for video game music,” Rosen explained about the band’s creation. “There are lots of orchestras playing video game music now, but there really wasn’t anybody doing it with this element of showbiz, excitement, and interactivity with soloists and MCs and banter, like a night at the Pops. That was missing from the landscape, and I grew up with that, which made me want to do it.”

Rosen’s approach to video game arrangement doesn’t differ much from musical theater or film and television. “The core concept is looking at a visual and deciding what accompanies it to uplift the delivery of the message, feeling, or vibe while not getting in the way. With a video game, we’re providing music to give the player the feeling of the level as a whole, even if it’s a cutscene.”

However, there are some notable differences. “In a video game, the player is the arranger of the music because it has to react with their input in real-time. You have to write music around what the player is doing on screen, so they’re the orchestrator. You have to write a piece of music that is versatile and interactive. It’s a different, more modular way to think about composing.”

This dynamic form of music is making some critical inroads with the musical mainstream. Last year, The 8-Bit Big Band performed an arrangement of “Meta Knight’s Revenge” from the Super Nintendo game Kirby Super Star. It won a Grammy for Best Arrangement, Instrumental or A Cappella, a category with previous recipients like Burt Bacharach, Thomas Newman, and Quincy Jones, who Rosen counts as one of his many influences.

For “Meta Knight’s Revenge,” Rosen collaborated closely with chiptune artist Jake Silverman, also known as Button Masher. Silverman takes the sound files from Super Nintendo game cartridges and rearranges the music in a contemporary jazz style, building on them with complex harmonies and rhythms on his keyboard. After seeing Silverman’s take on “Meta Knight’s Revenge” on Instagram, Rosen asked him to guest perform with the band. The two expanded the arrangement with complete orchestration, including strings, an intro and outro, and a solo drum section.

“I think what inspired us was the amount of high energy, complex, and innovative stuff that Jun Ishikawa [composer of the Kirby Super Star soundtrack] was able to do on the Super Nintendo cartridge,” Rosen explained. “It is truly mind-blowing. So when I approached it, I wanted to go even farther, adding more interesting sounds and pushing the full orchestra to its potential to encapsulate the energy of Ishikawa’s work in the original.”

Rosen and Silverman’s expanded arrangement was a unique blend of two opposing styles of music composition: acoustic and digital. “The general rule of thumb for the band is to remove it from the digital and put it firmly in the acoustic, and 90% of the time, we do that. For ‘Meta Knight’s Revenge,’ I wanted to include chiptune, 8-bit sounds because Jake is a chiptune artist, and I thought it was important to consider that in the orchestration.”

Rosen and Silverman’s composition is only the third video game-related work recognized at the Grammys. In 2011, Christopher Tin’s song “Baba Yetu” from Civilization IV became the first, winning Best Instrumental Arrangement Accompanying Vocalist(s). Austin Wintory’s soundtrack for the Playstation 3 game Journey received a nomination for Best Score Soundtrack for Visual Media. The Recording Academy announced in June that the 2023 Grammys would add a category for Best Score Soundtrack For Video Games And Other Interactive Media. The award will “recognize excellence in score soundtrack albums comprised predominately of original scores and created specifically for, or as a companion to, a current video game or other interactive media.”

With the Grammys’ backing secured, the writing of the Great Video Game Songbook seems well underway. Gen Z is already latching onto the pages.

“We have so many Gen Z fans – high school and college-aged,” Rosen shared as he explained the 8-Bit Big Band’s growing TikTok presence. “The video game jazz scene has become this amazing vehicle to reintroduce mid-century and large ensemble arranging back to kids. Video game music has its own scene.”

Rosen recounted his time teaching a clinic at a high school in Canada. He taught the students his arrangement of “Bob-omb Battlefield,” the “video game anthem” from Super Mario 64. Several students raised their hands when he asked how many knew the song before the clinic. He followed up with a question asking how many were alive when the game, released in 1996, came out. No one did.

“Just like everyone knows Cole Porter songs from musicals that they don’t know the names of, it’s the same with video games. The kids know these songs, but they know them from other places on the Internet, like Twitch streamers, Gaming Historian videos using them as background music, or memes. They’ve evolved beyond their games. Now, it’s just a songbook.”

The Great Video Game Songbook is one that Rosen has actively developed and expanded upon to incredible, game-changing success. (At 32, he is halfway to an EGOT.) However, he insists that he wouldn’t be able to do it or anything he’s accomplished alone.

As Rosen puts it, he “is a product of every single person who’s ever exposed me to any piece of music, ever.”