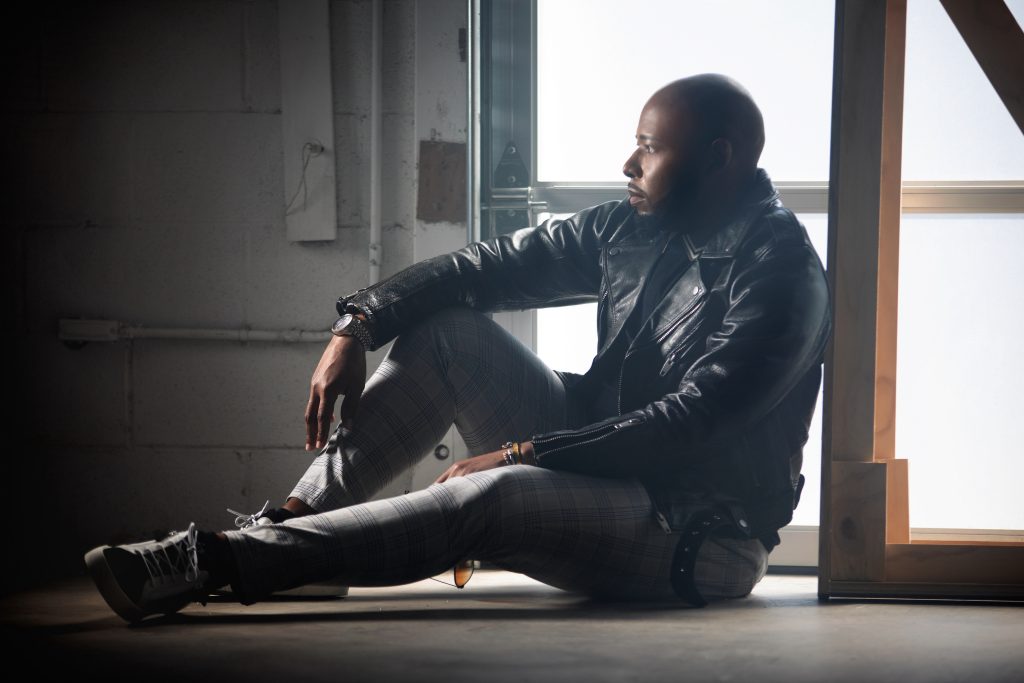 I appreciate you having me! I’m a full-time writer and live in Atlanta with my husband and two-year-old son, who most of my Twitter crew know as “The Doodie.” Blood Debts is my debut young adult contemporary fantasy that’s a Game of Thrones for Black and Black Queer teens. I created the world of Blood Debts so they could see themselves represented in a fantasy series too.

Thirty years ago, a young woman was murdered, a family was lynched, and New Orleans saw the greatest magical massacre in its history. In the days that followed, a throne was stolen from a queen.

Now, Clement and Cristina Trudeau—the sixteen-year-old twin heirs to the powerful, magical, dethroned family—discover their mother has been cursed. Cursed by someone on the very magic council their family used to rule. Someone who will come for them next.

Clement and Cristina’s only hope of discovering who is coming after their family, is to trust each other, to trust their magic, and solve the decades-old murder. If they don’t succeed, New Orleans may see another massacre. Or worse.

I know from following you on Twitter that your journey to publication has been a long one and taken a lot of hard work. Could you tell us about that journey?  What kept you motivated throughout the years?

It took eight years and seven manuscripts before I signed with my agent, Patrice Caldwell, in 2019, and then I spent another year completely re-working the manuscript that became Blood Debts, which we sold to Ali Fisher at Tor Teen in 2020. Querying for eight years was extremely tough. It’s unequivocally the worst part of the path to becoming an author. I even wanted to quit a few times. But I asked myself what I’d do instead, if I were to give up writing, and I couldn’t imagine doing anything else with the same level of passion and fulfillment. That was when I realized that telling stories was my purpose—and that purpose became a small light that I held onto, especially during the darkest days, of which there were many, and that kept me motivated. I kept learning craft, reading widely, challenging myself with every new project, and surrounding myself with peers who poured into me as much as I did into them, and that all helped my light shine brighter.

I’m extremely glad I never gave up on myself. You shouldn’t either.

Where did the initial idea for Blood Debts come from? How did you develop it into a full-blown novel?

The original idea for Blood Debts came to me in the form of a television series that I’d titled QUEEN about a family of Black witches who were all vying for power in their local community. But as I started developing the characters and the story, I realized just how large this world really was and decided I should write the novel first. The manuscript has gone through so many different iterations and re-writes since the very first draft, all of which had to happen to get to where it is today.

While writing Blood Debts, I was simultaneously experiencing a rough period where I had to face the frustrating reality of injustice on a macro and micro level in my life. Working on this story was cathartic because it allowed me to explore all those complex feelings in a fantastical setting where, unlike real life, I could control the outcome and ensure justice was served to those who were deserving. And through that exploration, I was able to identify the story’s central themes of intergenerational trauma, the cycle of violence, and the pursuit of justice.

Each character has such a unique and distinct voice in Blood Debts. How did you go about creating their distinct voices? Do you have a favorite character?

What I loved most about the Game of Thrones world was not only how massive it was, but how many unique characters were spread throughout, each with their own backgrounds, motivations, and beliefs, who all tugged on their own plot threads that tied to the central one of who would end up on the Iron Throne. That inspired how I approached the world of Blood Debts, because I wanted to show varied perspectives of teens from prominent families in New Orleans, who all feel they’ve been denied justice for one reason or another and are willing to do whatever it takes to get it. Every action each of them takes has a significant effect on their world and the people in it—primarily one another.

I have several favorites, but since you haven’t asked about her yet, I’ll talk about Valentina Savant, who was inspired by Cersei Lannister, one of the greatest villains of all time. I put a little bit of myself into every character, and what I love most about Valentina is that she never ever gives up on herself—no matter how tough things get (and life has been pretty rough for her). I’m truly having a ton of fun writing her in this series—oh, and I also swear to give her a better ending than Cersei got in the television show haha.

I absolutely love Clem. Can you talk a little about what went into creating him?

I’m glad you love Clem because I adore him, too. At the start of Blood Debts, Clem is reeling from the unexpected death of his father, his mother’s fatal illness, and his favorite aunt ghosting him. His fear of further abandonment has made him afraid to love, but what his journey in book one teaches him is that not only is it okay to love, but that you should also fight for the people you love. Clem’s representation in this fantastical world is very, very important to me, because I am Black and gay, too, and it’s my dream that Black gay teens all over the world will see themselves reflected in him and know that they’re worthy of loving and being loved.

In the novel, Cristina is a talented magic-user who turns away from magic after a tragic loss. What made you settle on that tragic background for her?

The people you come across in life always notice your light—often even before you do—and they will either try to help you shine brighter or snuff you out. Cris’s light shone incredibly bright once, but unfortunately, prior to the opening of Blood Debts, she got mixed up with someone who dimmed her significantly. Over the course of the story, Cris not only re-discovers her light but also reconnects with her history, her heritage, and her family in beautiful ways that help her shine bright again, the way she was always supposed to. All of us must face tragedy throughout our lives, but what defines us is not the tragedy itself, but rather, how we evolve in spite of it. I hope that Black girls see themselves in Cris and understand that it’s okay to let their light shine bright and not to ever let anyone snuff them out.

How did you go about creating the novel’s magic system?

The original magic system from the early drafts was based on Voodoo, but after signing with Patrice, I rebuilt the entire system from the ground up (generational magic is now inspired by Voodoo) and expanded it to include other branches of magic that were heavily steeped in history and culture. I did that because it provided an interesting medium for me to explore relevant issues in our present world through the lens of a fantasy story that can be entertaining while simultaneously stimulating dialogue around those central themes I mentioned earlier.

There are three primary branches of magic: generational, light, and shadow. Each branch has its own history, famous historical figures, and quirks, etc., of which we get to see some of that on display in Blood Debts, particularly during one of my favorite scenes in a later chapter where Clem goes on a date to a local art museum to see an exhibit based entirely on the magic of their world. As the series goes on, readers will be gradually introduced to more of the world and the lore and the magic.

The world of Blood Debts is so fascinating and rich. How many stories have you planned to tell in that fictional world?

Blood Debts is the first book in a series. I’ve envisioned this series taking place over five books, but that will ultimately depend on how well book one does, which means preorders are going to be super important, especially right now! Tell all your friends, family, co-workers, neighbors, strangers, and basically anyone who will listen about Blood Debts, which will be on sale on April 4, 2023 in the US!

Could you tell us about some of your other upcoming projects?

We recently announced my first young adult horror anthology, The White Guy Dies First, which will be publishing with Tor Teen in Summer 2024! It is a collection of thirteen chilling and subversive horror stories that center characters of color and upend classic horror tropes—and the cishet white guy always dies first. In addition to a contribution from yours truly, this collection includes stories from: Faridah Àbíké-Íyímídé, Kalynn Bayron, Kendare Blake, H.E. Edgmon, Lamar Giles, Chloe Gong, Alexis Henderson, Tiffany D. Jackson, Adiba Jaigirdar, Naseem Jamnia, Mark Oshiro, and Karen Strong. I’m a huge fan of horror and am having the time of my life editing this anthology with my rockstar editor, Ali Fisher, who is the absolute best partner for this project.

In addition to debuting in young adult with Blood Debts next year, I’ll also be releasing my middle grade contemporary fantasy debut, Alex Wise vs the End of the World, which is publishing from Labyrinth Road (Random House Children’s) in Fall 2023. It’s about a twelve-year-old kid who spends his summer vacation saving his younger sister from the spirit of Death, who possesses her and kicks-off the apocalypse.

Where can our readers connect with you online? 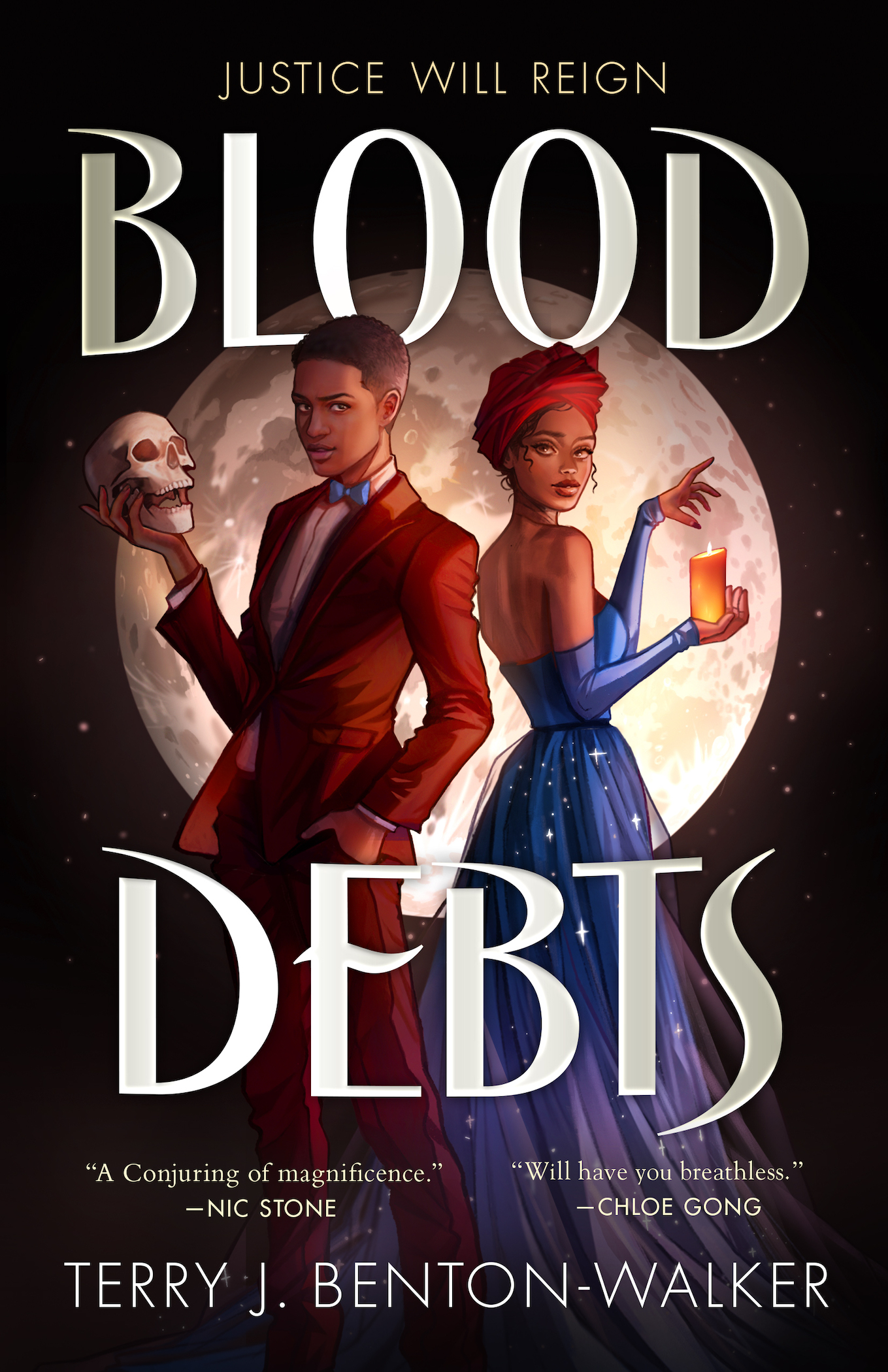