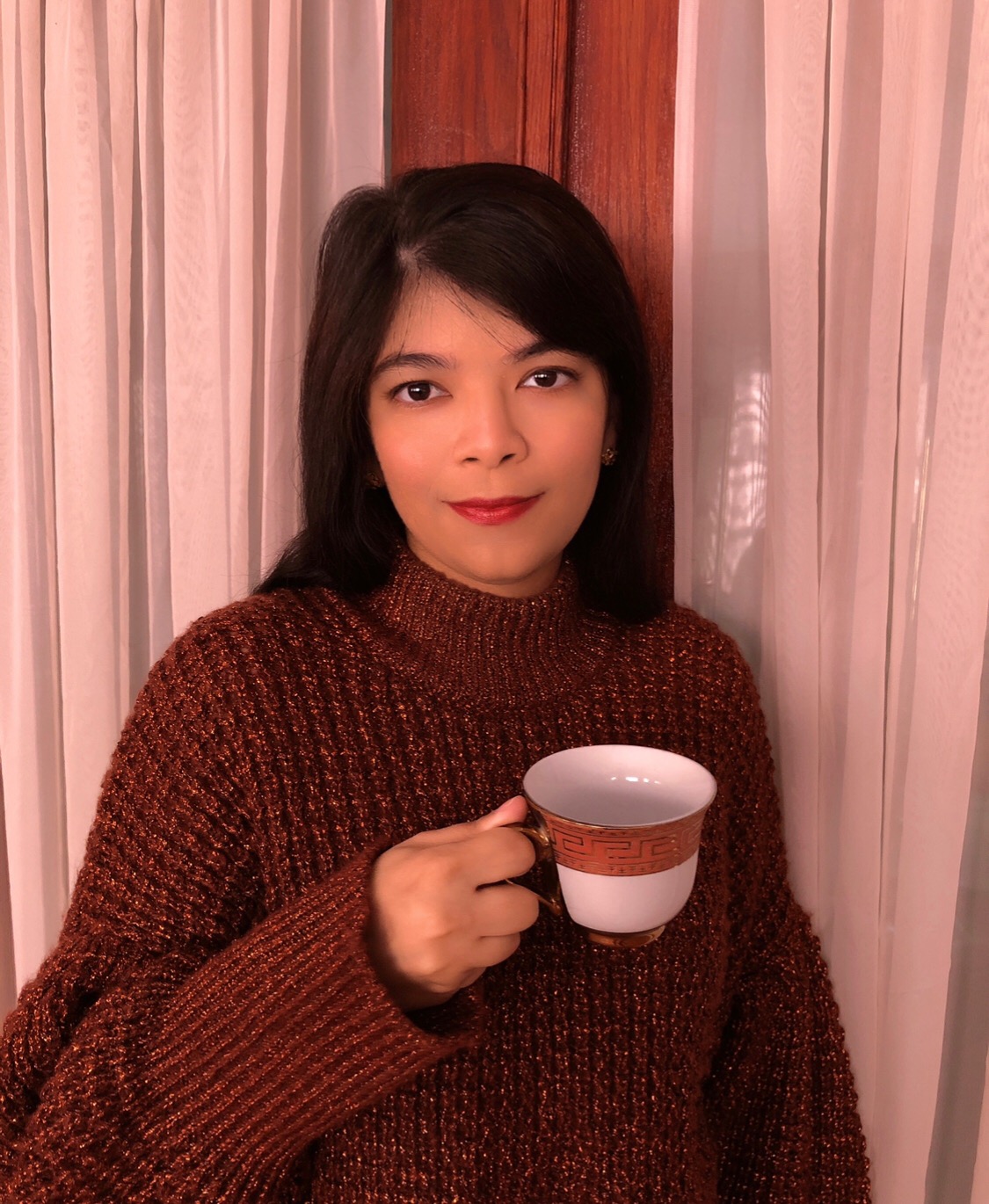 Hello Priyanka! Thank you so much for agreeing to speak with us about your astounding debut novel, The Love Match. Can you start by telling our readers a little bit about yourself and your novel?

Thank you so much for having me! I’m a writer and educator from New Jersey. The Love Match follows a Bangladeshi-American teen in the city where I grew up, Paterson. In the wake of her father’s death two years prior, Zahra Khan and her family have been struggling to make ends meet, which has even resulted in her deferring her acceptance to her dream school so she can work in a neighborhood tea shop full time. When her meddling mother decides the solution to their woes is to set Zahra up with the son of a wealthy local family, Zahra and Harun, the boy in question, scheme to fake date in order to keep their families happy—even as they scheme to sabotage the relationship from within. Unfortunately, their ploy is complicated by the very real budding feelings Zahra starts to develop for Nayim, a new dishwasher at the tea shop whom her mother would never approve of. It’s a romcom that doesn’t skimp on the dram(a)!

The Love Match is such an entertaining and charming young adult novel. What inspired you to write it?

The Love Match was inspired by my upbringing in Paterson. To this day, I don’t encounter many books, even by fellow diaspora South Asian authors, that explore what it’s like to grow up in a working class diaspora community, particularly in the realm of romance novels, so I wanted to celebrate the experience in this book. I’ve also had to ward off a lot of misguided matchmaking attempts myself and that spawned the idea for the conflict. Matchmaking aunties are a lot more fun to read about than experience, haha.

Zahra Khan is such a spirited and engaging heroine. What went into the process of creating her? Did she surprise you at all while writing the novel?

I think Zahra grew more and more complex the longer I spent on the book, but from the beginning, she felt like a real person to me. I put in her some of my own experiences as the oldest daughter in an immigrant family, a position that usually comes with a lot of responsibility, but I also wanted her to reflect the experiences of some of the students I taught. Many of them were shouldering responsibilities that you don’t really see YA romance protagonists having to deal with. They were taking care of younger siblings, working, wondering if college was accessible for them—whereas a lot of YA rep feels like it’s at least middle class and the protagonists in them usually have aspirations like attending a really prestigious university. When I was a teen, even with good grades, I knew certain things were far out of my reach and my family’s reach, no matter how much my parents might have wanted to make them happen for me. I wanted teens with those experiences to feel represented in escapist romance novels that might discuss some of their realities, but also let them experience swoony moments and happily ever afters—especially readers of color. I hope they see themselves in Zahra.

One aspect of the novel that resonated with me deeply was Zahra’s relationship with her family. They love each other deeply and fiercely, and I was curious if aspects of your own family went into creating Amma and the rest of the Khan clan?

Absolutely! Zahra’s family is not a 1:1 reflection of mine, but I’ve always been close to my family (even if they occasionally make me want to tear my hair out). The romance novels I read rarely featured nosy, loving, involved families like the one I have, so I wanted to give that to Zahra. The Khans may not be perfect, but real people aren’t either, and even as they make mistakes, they still love each other.

Zahra’s best friends, Dani and Dalia Tahir, were some of my favorite characters. What was your process when creating Zahra’s friend group?

I really loved writing about the Tahir twins too! Mary Kate and Ashley Olsen, as well as Tia and Tamara Mowry, were constantly on my TV when I was growing up. I watched all of their shows and movies, and wanted the Tahir girls to feel like a Desi, Muslim version. They’re also meant to be foils for Zahra, because I think it’s too easy for outsiders to assume ALL South Asian, Muslim women are in arranged relationships or encouraged to prioritize marriage over education. There are so many different ways to exist as a brown girl and so much diversity among families.

Ximena rounds out their group as the final member. Paterson is a very diverse community, and the focus of The Love Match is primarily the Little Bangladesh neighborhood, but I wanted the cast to be fleshed out with diverse characters and intersectional identities.

Together, this group of girls got to not only have a very wholesome friendship, but have important conversations about things many of my students care about.

Zahra finds herself in a love triangle between Harun and Nayim during the novel. Could you talk about how each boy compliments and challenges Zahra over the course of the story?

Zahra meets both boys around the same time, soon after graduating from high school. Harun and Zahra are set up by their parents and first meet when their respective mothers trick them onto a blind date—including the whole family—so at first, they butt heads often. Harun is inscrutable to Zahra. He seems moody and stoic and she quickly realizes that’s not very attractive outside the pages of her favorite romances. Meanwhile, there’s an instant spark and connection between Zahra and Nayim after he starts working at the tea shop with her as a dishwasher, because while Harun comes off as spoiled to her, Nayim seems to understand her deeply. They’re both creative and shouldering the struggles of poverty.

But as she gets to know him better, Zahra realizes that there’s more to Harun than meets the eye. Like Elizabeth in Pride and Prejudice, she can be quick to make judgements, while Harun is revealed to be shy, sensitive and sweet. What’s more, they have a similar understanding of familial obligation. On the other hand, Nayim is very much a free spirit and Zahra doesn’t know how to become what he’s asking of her. The idea of being completely untethered from her family and community the way he is scares her, but perhaps that’s exactly what she needs.

She learns a surprising amount about herself from both boys and while I love both Nayim and Harun for different reasons—I hope it’s as hard for readers to choose between them as it is for Zahra—I think it’s the way that they help her on her own journey that’s most important.

Your passion for this story shines through so much in your writing. Did you have a favorite scene or character while writing the story?

I love so much of the book, honestly! I spend many of the rereads I have to do giggling at Zahra and Harun’s dates and scheming. The botched karaoke scene is a fun one, for example. The romantic gestures that Nayim makes for Zahra always make me sigh dreamily, because I threw in a lot of the gestures that made me swoon as a teen, but which never centered brown girls, like Nayim serenading her. Many of the scenes later on between Zahra and her mom or her friends usually make me emotional too.

What would you say is the main message you want readers to walk away with?

I hope readers finish reading The Love Match and feel that they’re enough—enough to be worthy of being protagonists, enough to be deserving of love stories and any other adventure they might wish for, enough to the people around them. I also hope readers who might be in a position similar to Zahra’s know it’s okay to choose yourself sometimes. It doesn’t mean you’re selfish or that you don’t love your family. You’re more than enough as you are and deserve to feel seen in the books you pick up.

Could you tell us anything about what you’re working on next?

I’m currently working on a new YA romcom, but also recently got to announce my adult debut, a women’s fiction novel with romantic elements called From Mumbai, with Love about a young woman who learns her estranged father is not only still alive, after her mother’s death, but that he has an entire family and they’re in the midst of a succession war for one of Asia’s biggest conglomerates. I’m hoping readers who enjoyed The Love Match will enjoy those too!

Where can our readers connect with you online?

My username is @bhootbabe on most social media! I also have a website that I’m terrible at updating but have a contact form on—priyankataslim.com—and a linktree that I do a bit more upkeep for—linktr.ee/priyankataslim. I love getting tagged by readers who resonated with The Love Match and am always excited to hear from them! So excited for more readers to find it after release!

Priyanka Taslim is a Bangladeshi American writer, teacher, and lifelong New Jersey resident. Having grown up in a bustling Bangladeshi diaspora community, surrounded by her mother’s entire clan and many aunties of no relation, her writing often features families, communities, and all the drama therein. Currently, Priyanka teaches English by day and tells all kinds of stories about Bangladeshi characters by night. Her writing usually stars spunky Bangladeshi heroines finding their place in the world—and a little swoony romance, too. You can connect with her on Twitter and Instagram @BhootBabe and check out her website, PriyankaTaslim.com. 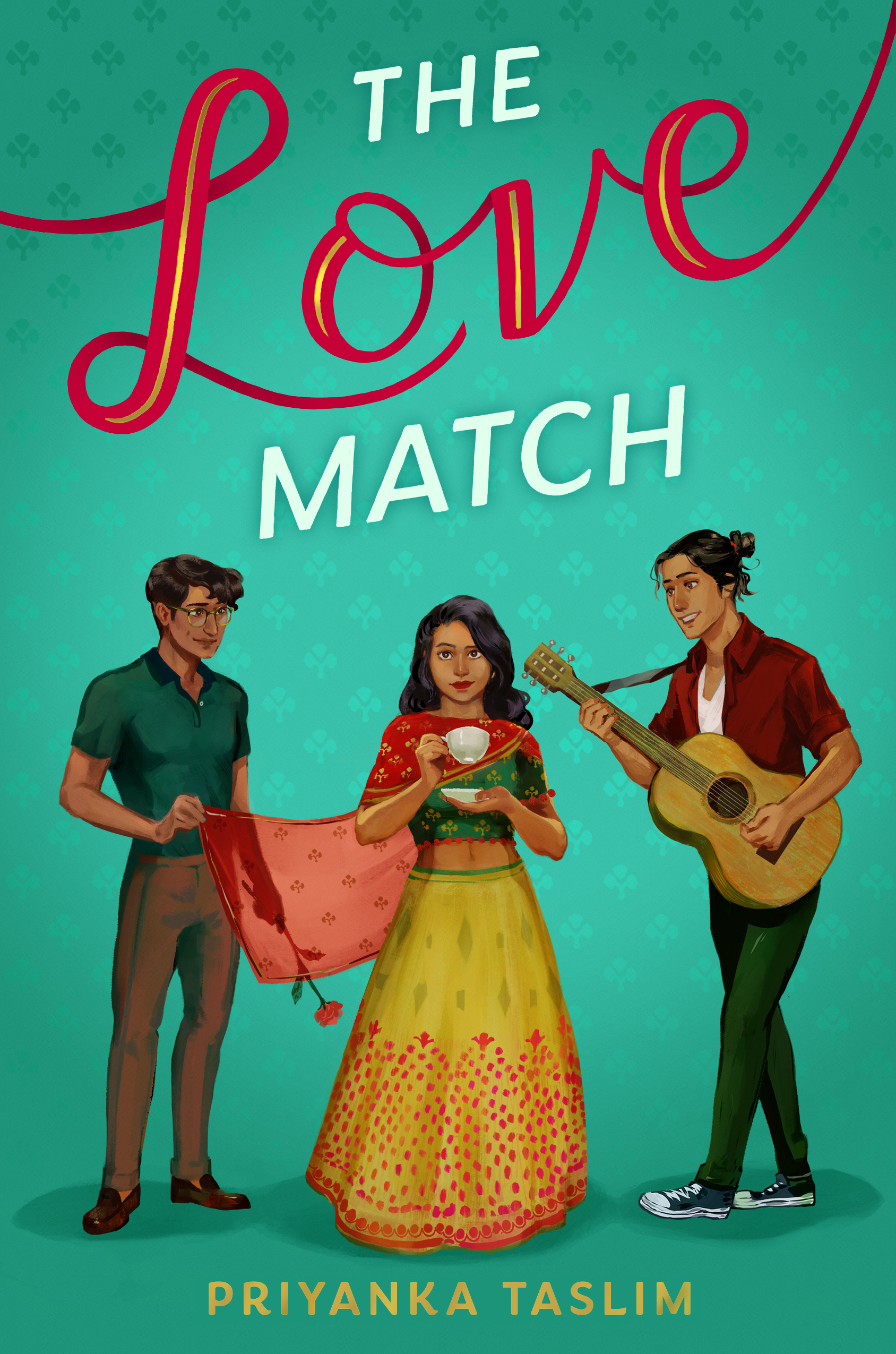